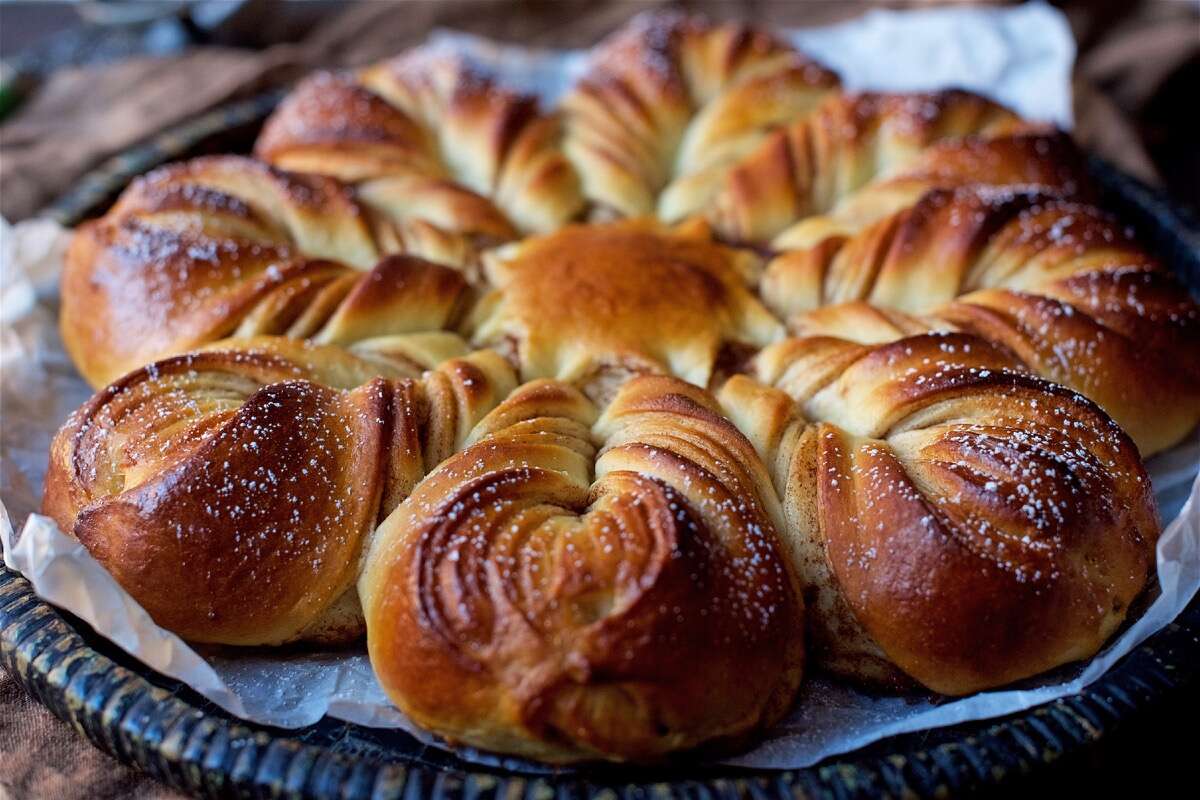 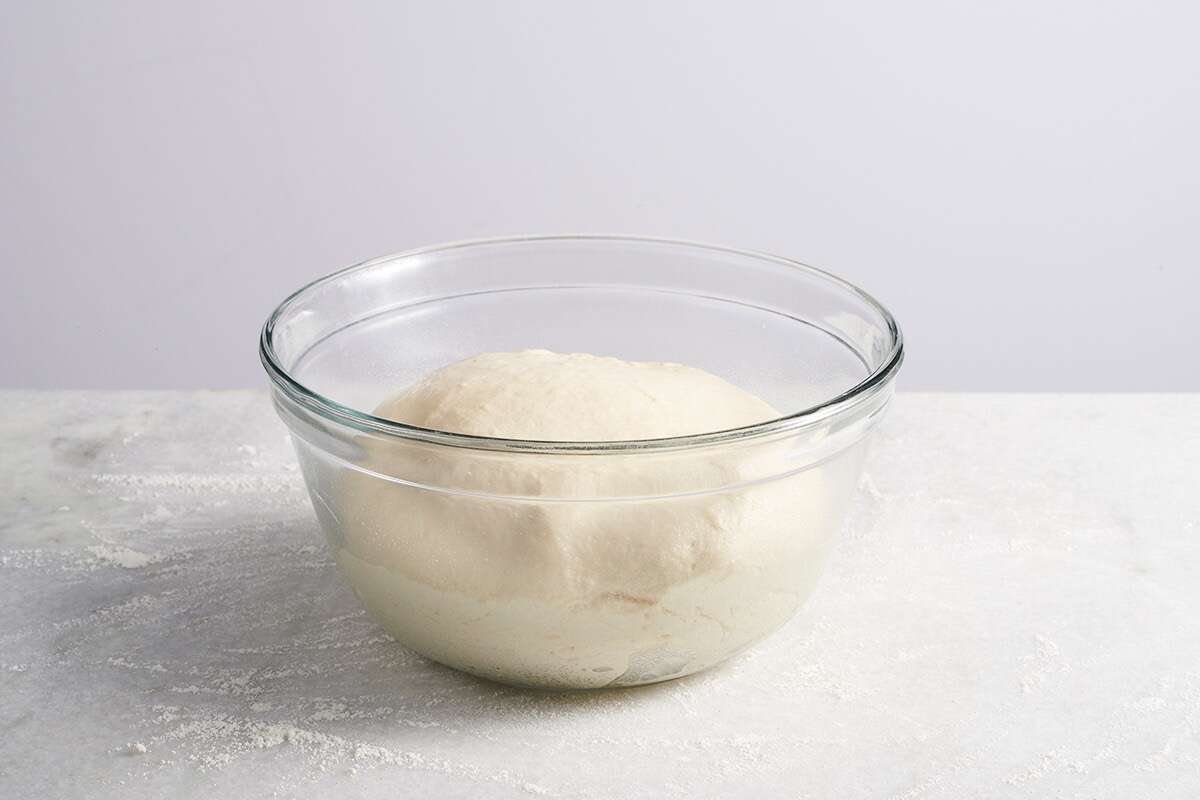 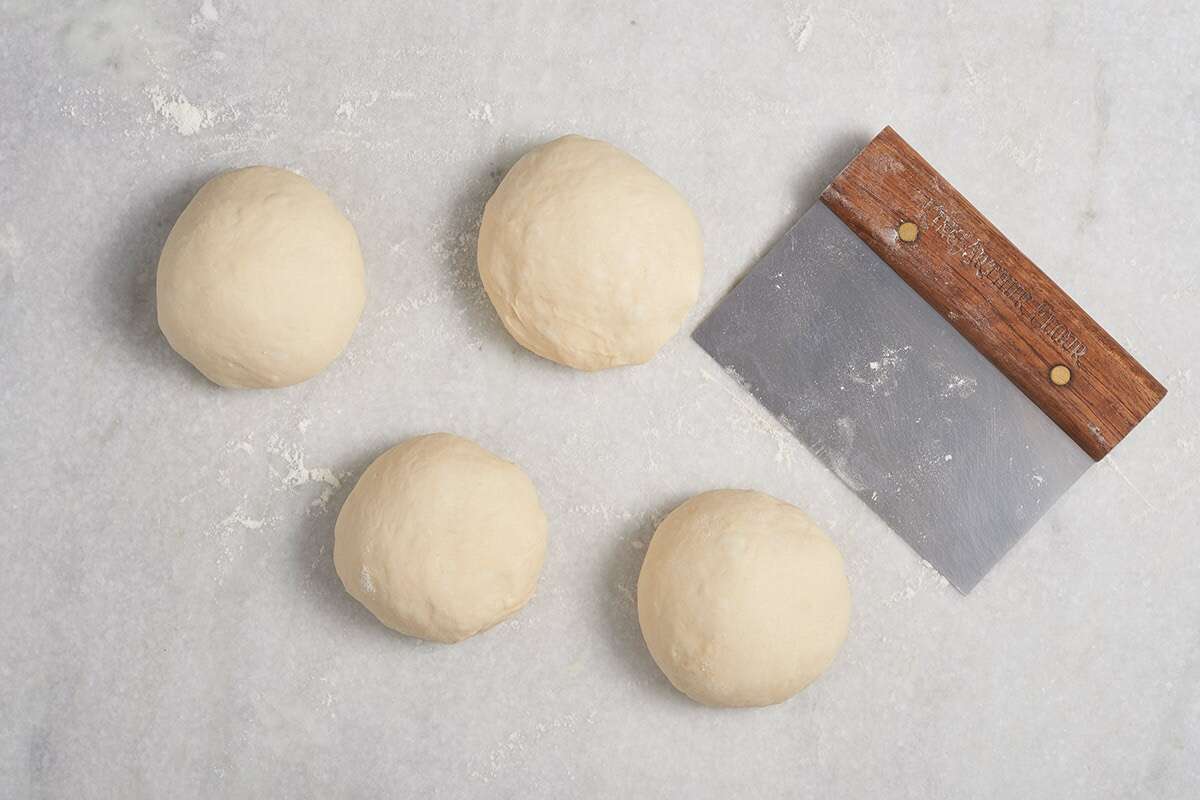 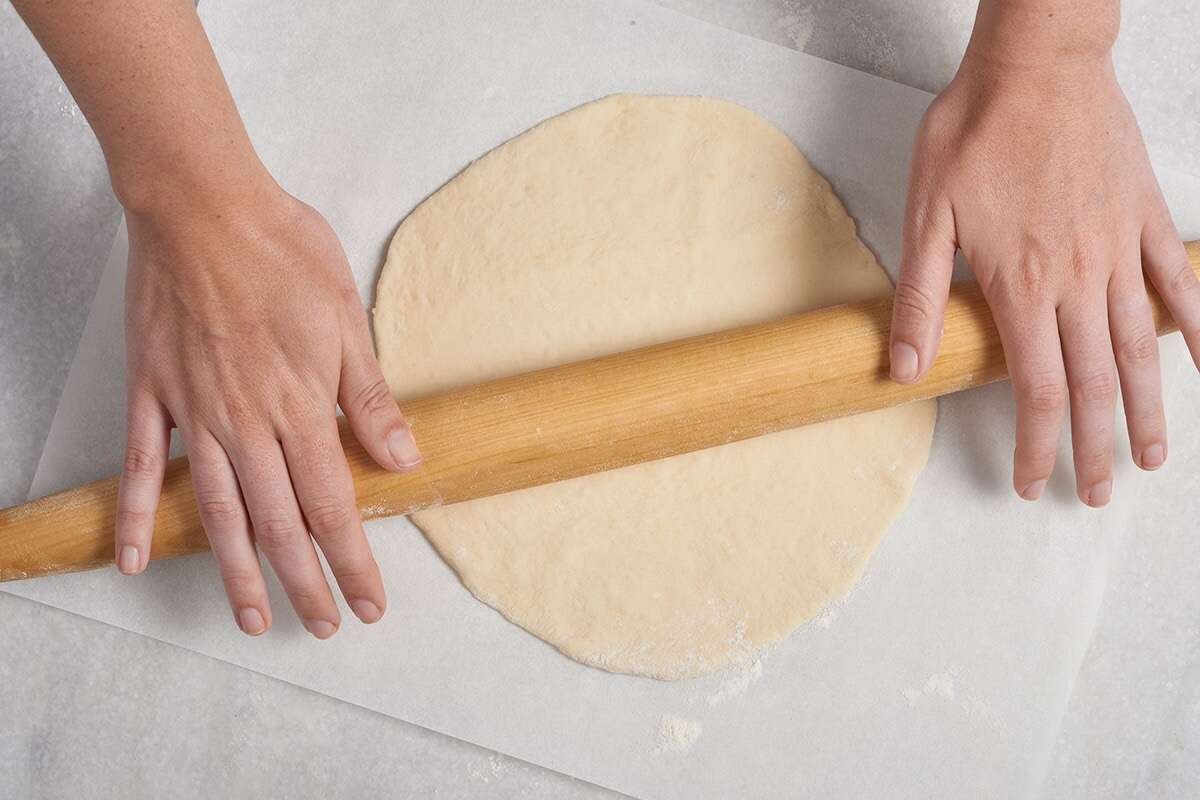 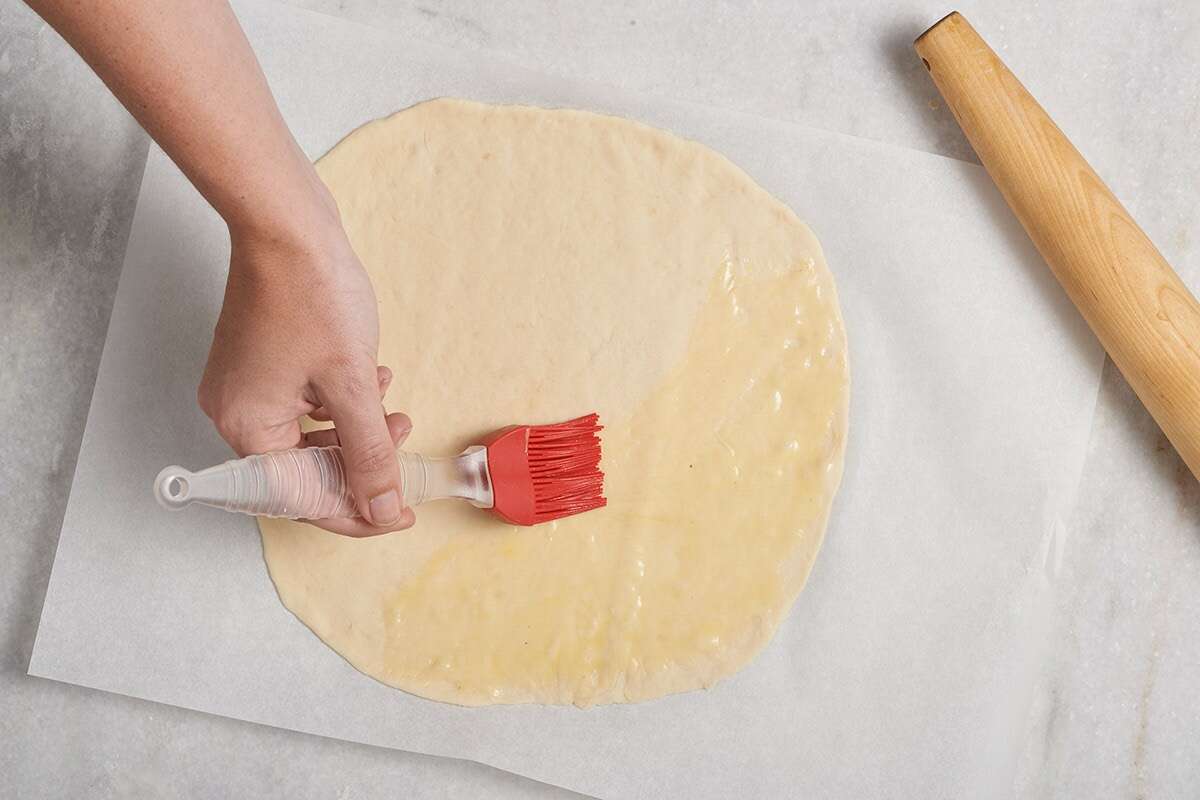 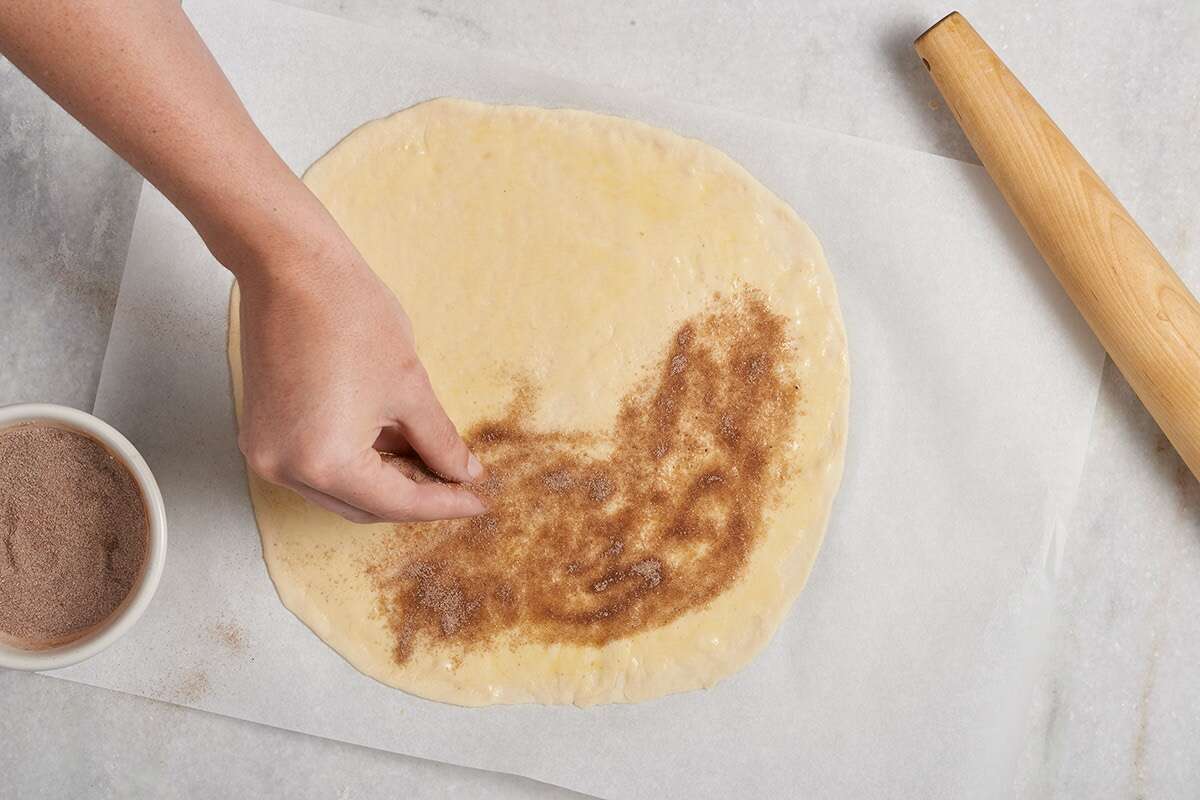 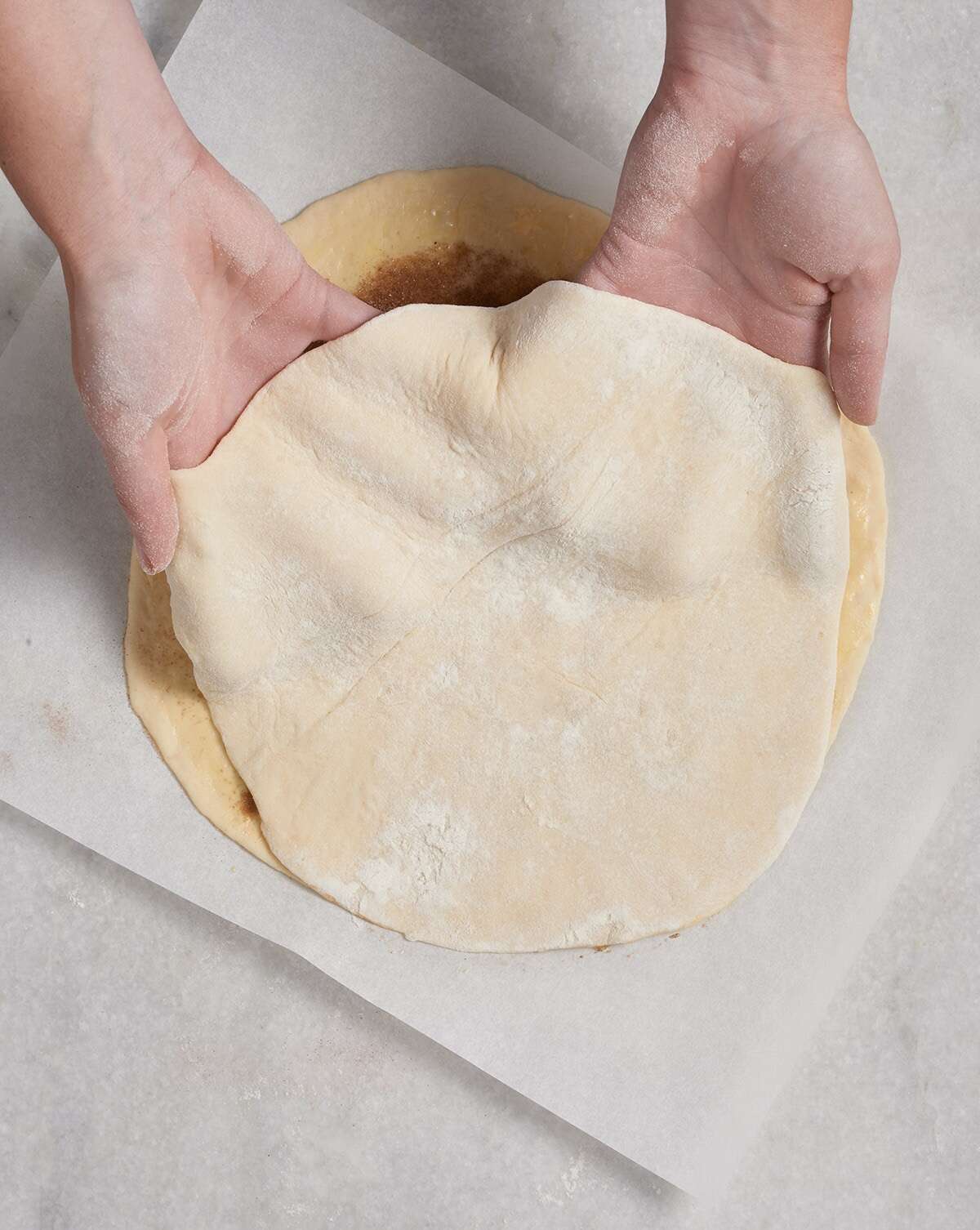 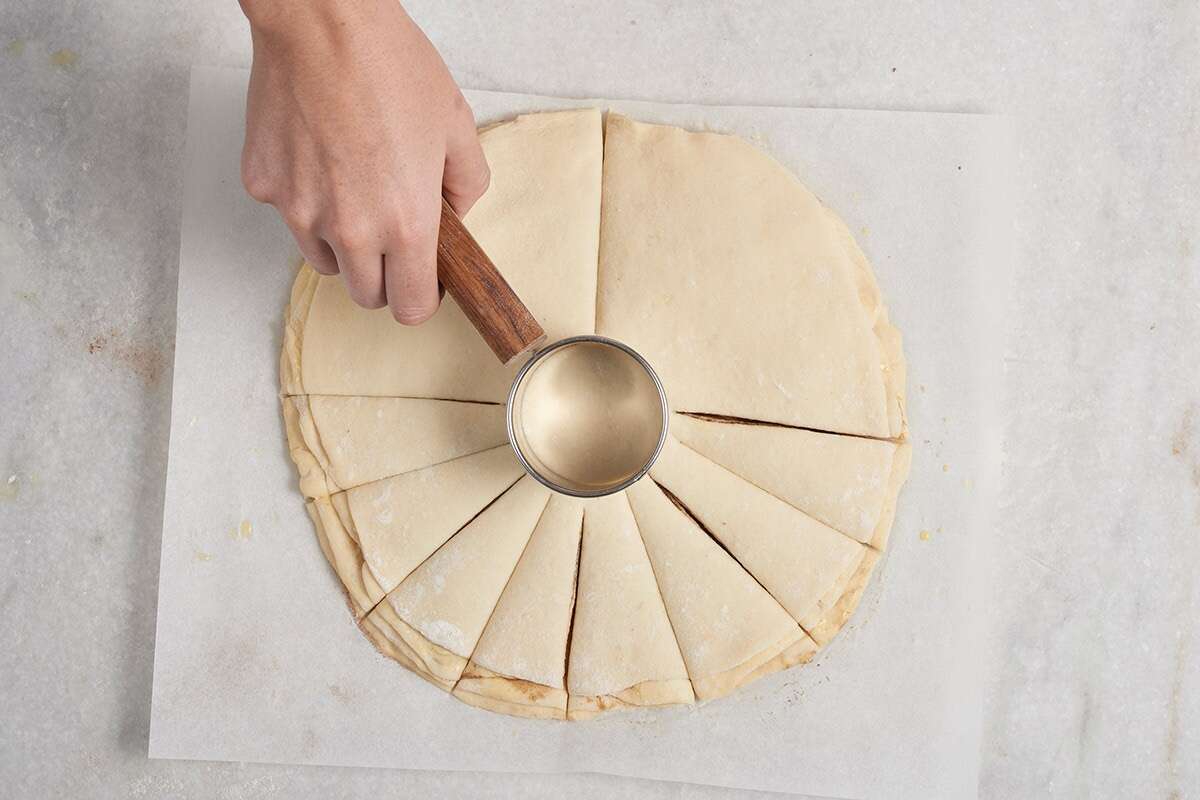 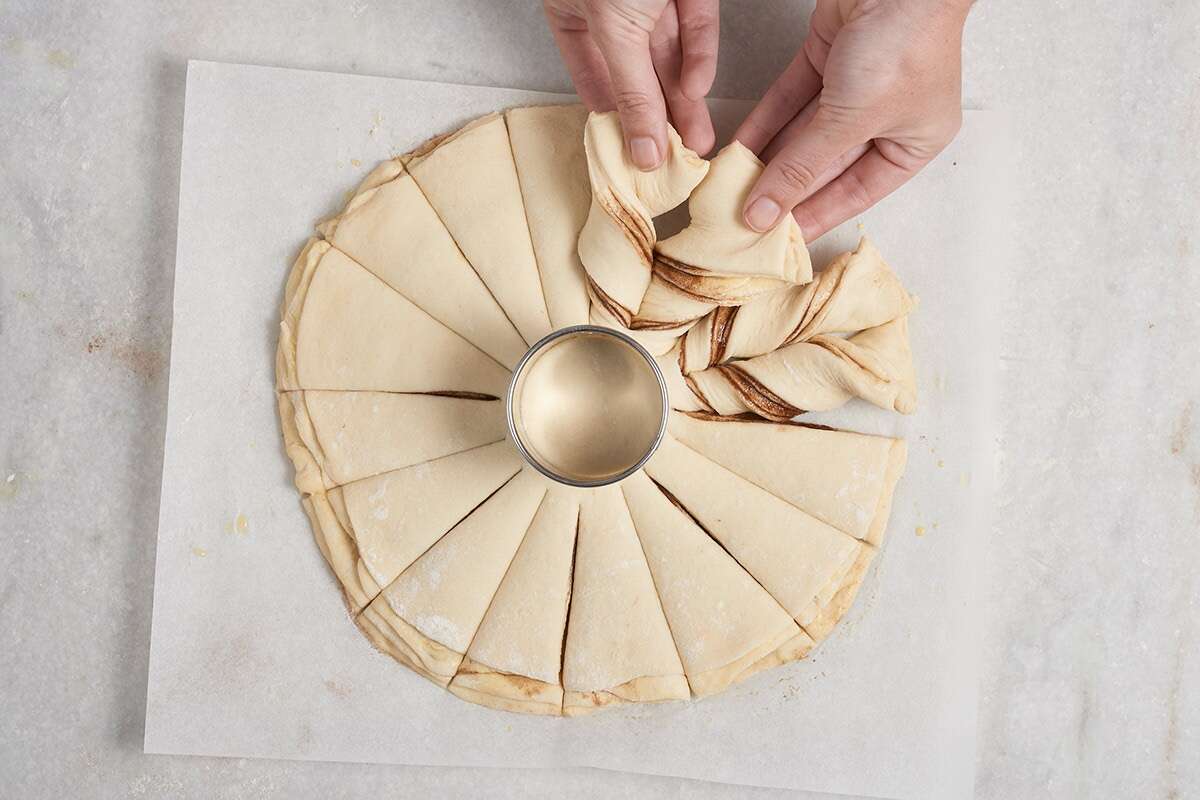 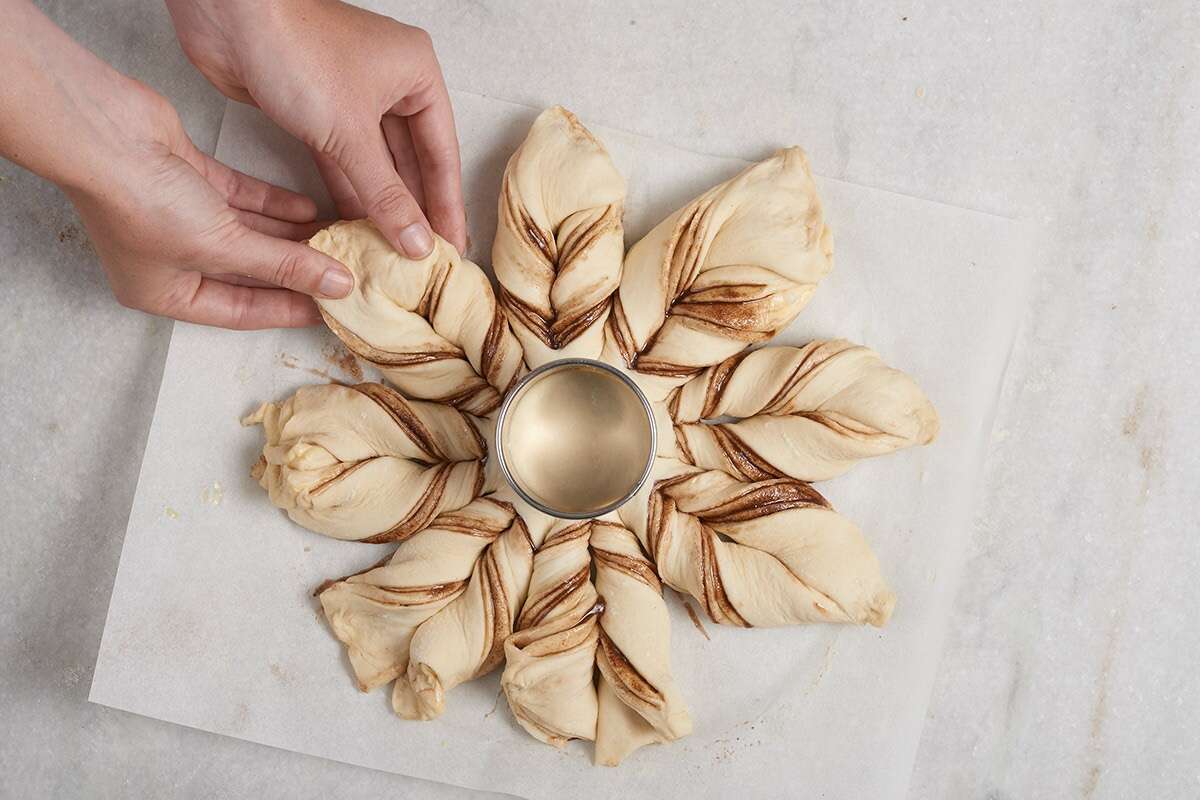 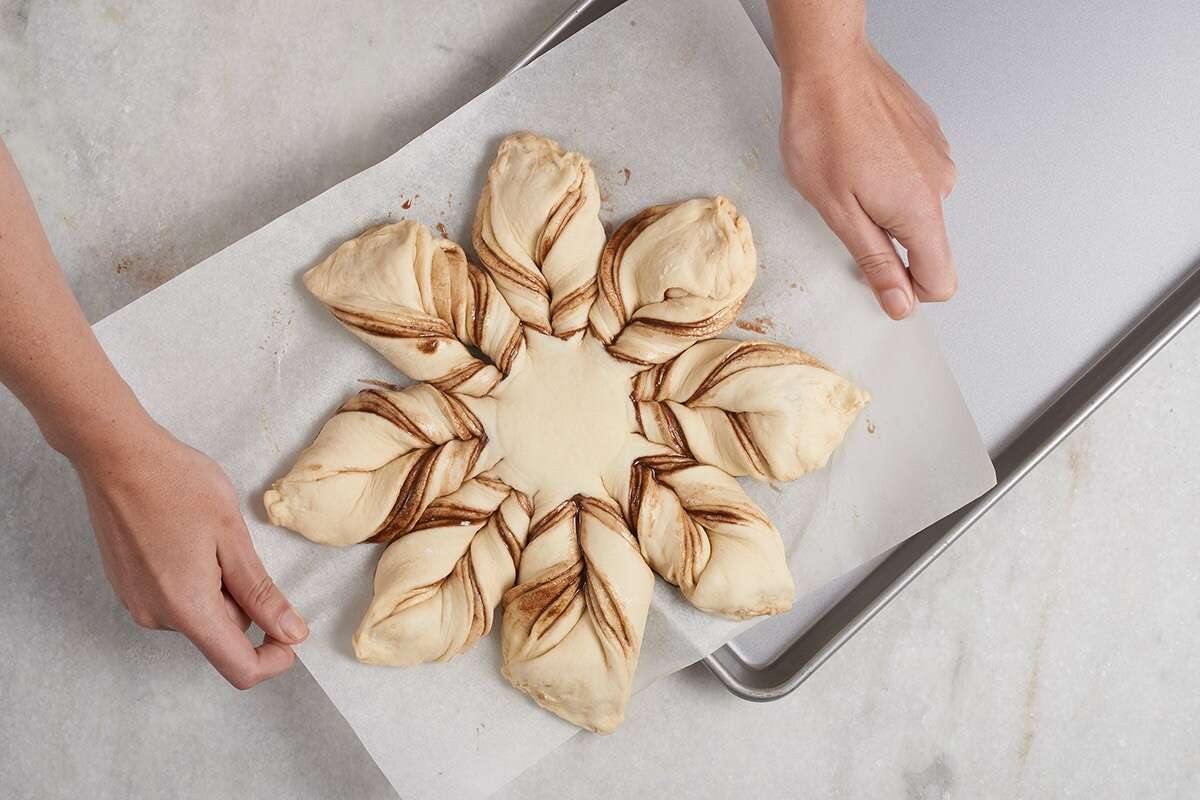 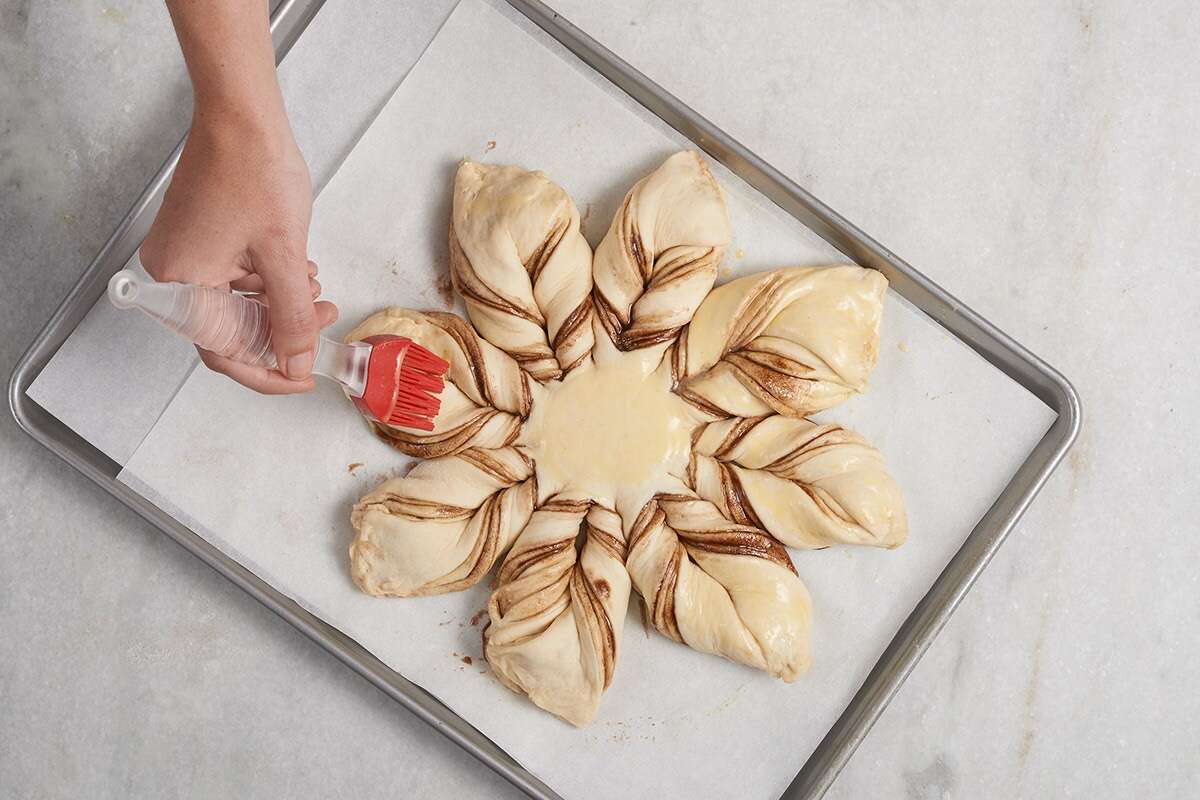 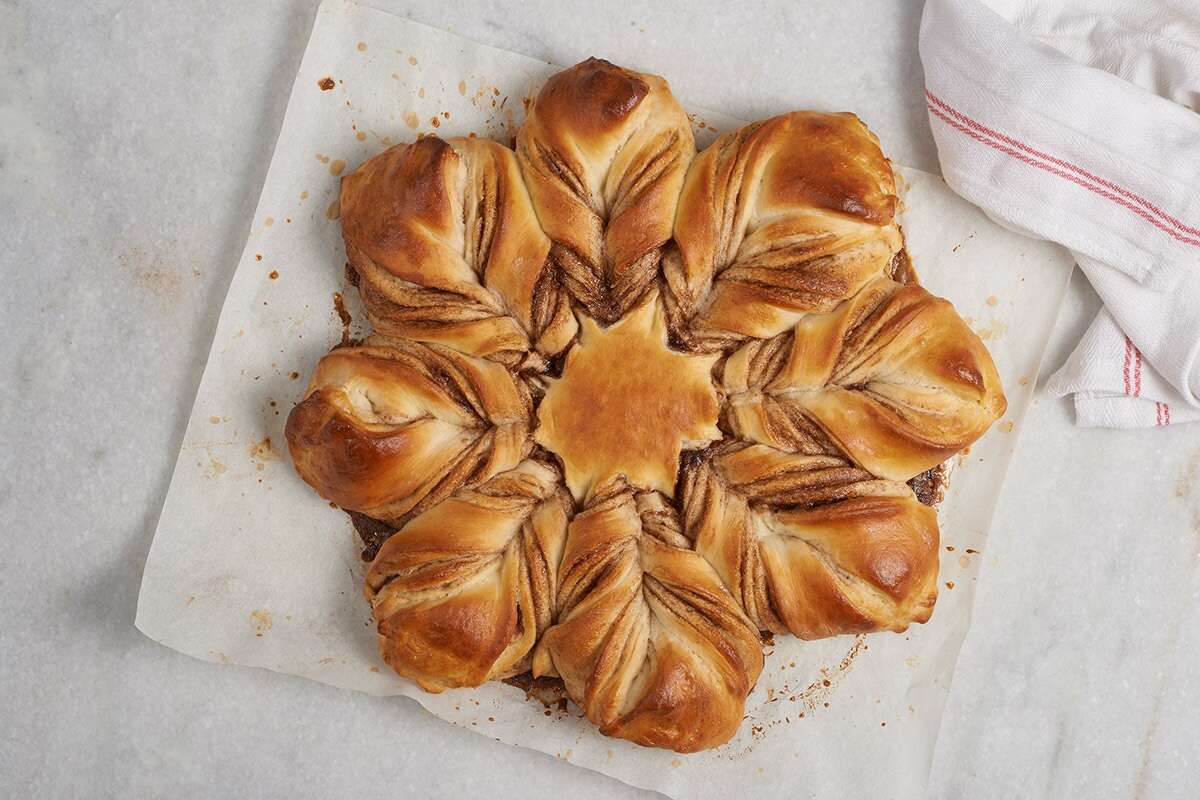 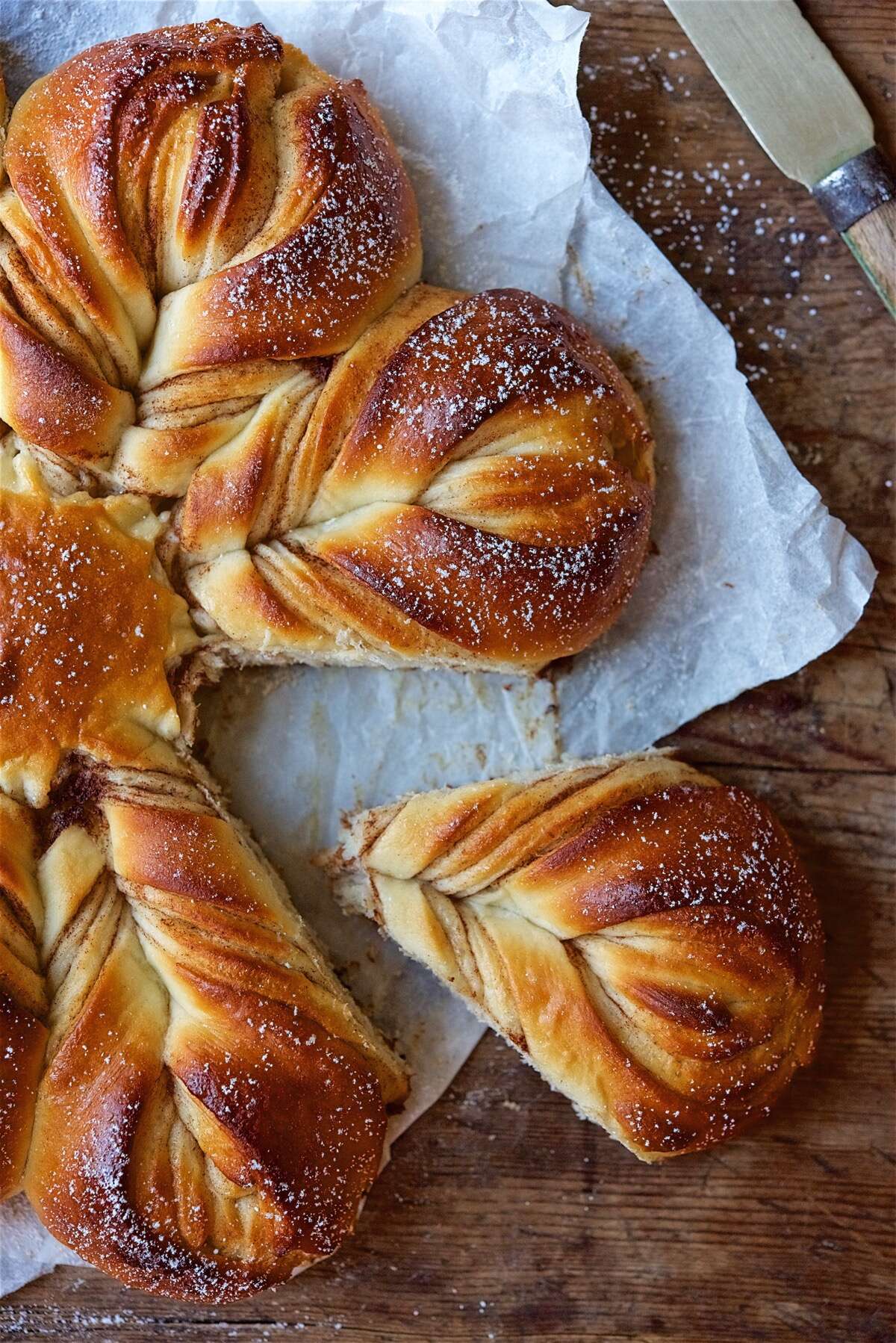 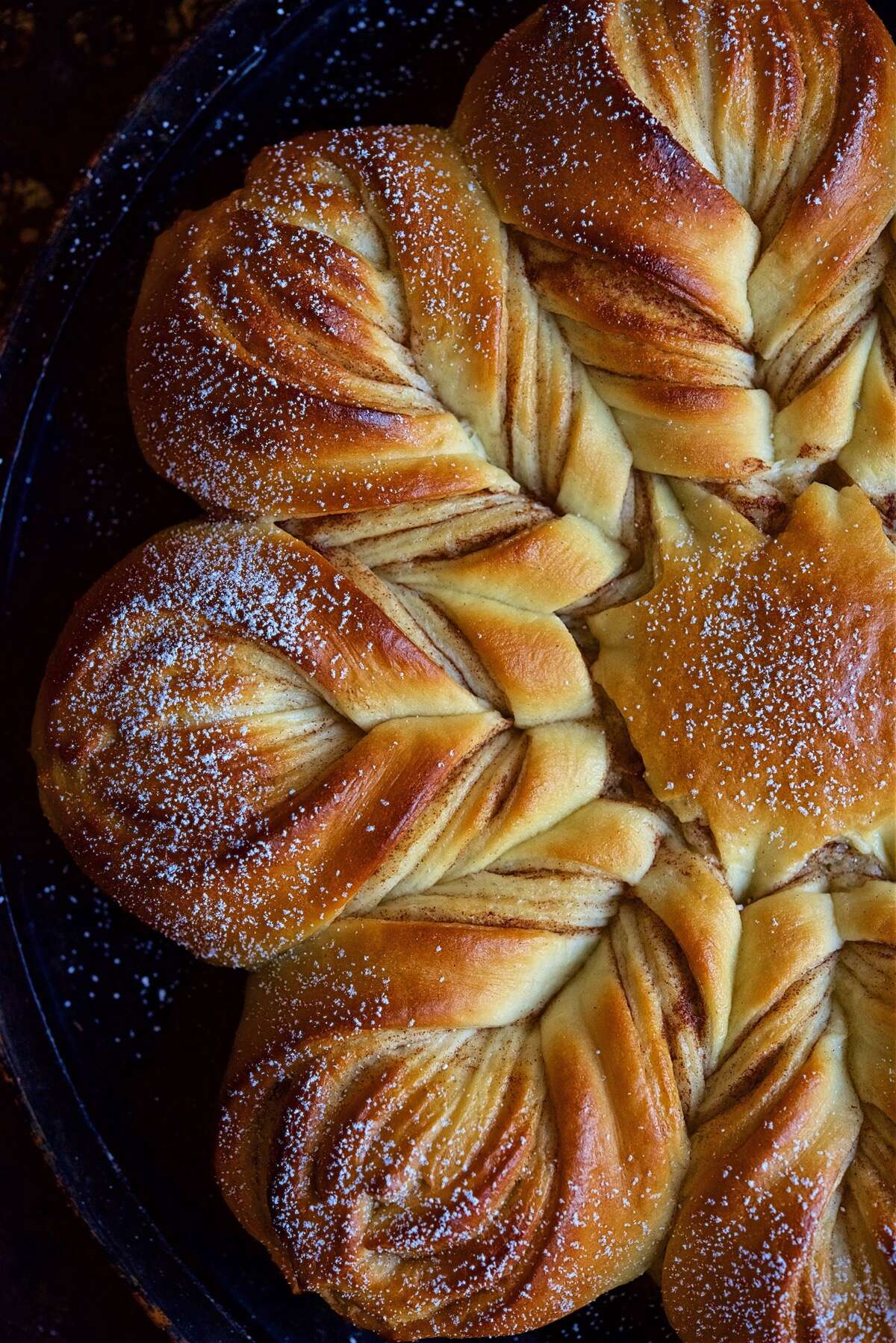 Sonja, that's an excellent question! We don't recommend letting the dough sit on this recipe, as it's best made, baked, and served on the same day. Happy baking! Kat@KAF
Hello, my first Cinnamon Star is in the oven... I noticed quite a lot of the cinnamon / sugar had melted & leaked all around the rising star before baking... I hope it isn’t too soggy on the bottom... I used all of the cinnamon and sugar (followed from the recipe ) should I not have used so much in between the layers? I had some left over after the last application , so I just used it all ...maybe that was too much?
Hi there, Pam! If you used the 1/2 cup plus 1 tablespoon of cinnamon sugar called for in the recipe, it shouldn't have been too much. Each layer should get about 1/3 of the mixture; maybe one layer just had a bit too much and that is what is causing the leaking. If we can provide any additional assistance please feel free to give our Baker's Hotline folks a call at 855-371-BAKE (2253). Kindly, Morgan@KAF
This recipe is amazingly easy to follow for a spectacular result. The dough is so easy to manipulate and patch. I had no trouble lifting and placing one disc on the other. My family was impressed and declared it delicious. Thank you!
This one really needs a video. It looks yummy, but seeing it assembled would be great!
Hi Frances. We can certainly pass your feedback on that a video would be helpful. If we can further explain the steps outlined here in the blog article please feel free to give our Baker's Hotline folks a call at 855-371-BAKE (2253). We'd love to help! Morgan@KAF
Hello! Have you tried making this vegan? Do you have a recommendation for dairy/egg/butter substitutes for this application? Thanks!
Hello! You can use vegan butter, omit the dry milk, and replace the water with your favorite dairy-free milk. Use the milk or melted vegan butter to brush the loaf in place of the egg wash. Annabelle@KAF
I have made this recipe 3 times using exactly the same substitutions as the Baker's Hotline recommends with stunning results. Everyone was so impressed, they didn't believe me that it was so easy to make.

What were the substitutions that you used as recommended by the Baker's Hotline?