Dispatches from the bread-baking Olympics

A pastry-fueled trip to Paris

The Coupe du Monde de la Boulangerie – the World Cup of Baking, a.k.a. the “bread-baking Olympics” – was held in Paris over the past several days. Teams of bakers from all over the world represented their respective countries in the quest for the top prize. Several members of our King Arthur Bakery team were onsite, including Jeff Yankellow – a former Team USA captain who shares his experiences here.

The Coupe, held every 3 to 4 years, is part of the bakery trade show Europain. I’m here along with King Arthur’s Jeffrey Hamelman, captain of the 1996 Team USA. We're hear exploring Paris and meeting some of the best bakers from around the world, an exciting adventure we're looking forward to sharing with you.

When Jeffrey proposed a few locations for a hotel, I was immediately drawn to the one we’re at in the 5th arrondissement (the Latin Quarter). This is where I lived as a student – and coming back is like coming home. It hasn’t changed much. Near the Sorbonne (University of Paris), the Latin Quarter is high energy, with lots of peoples and lots of great small shops, including many bakeries, pastry shops, and chocolate shops. 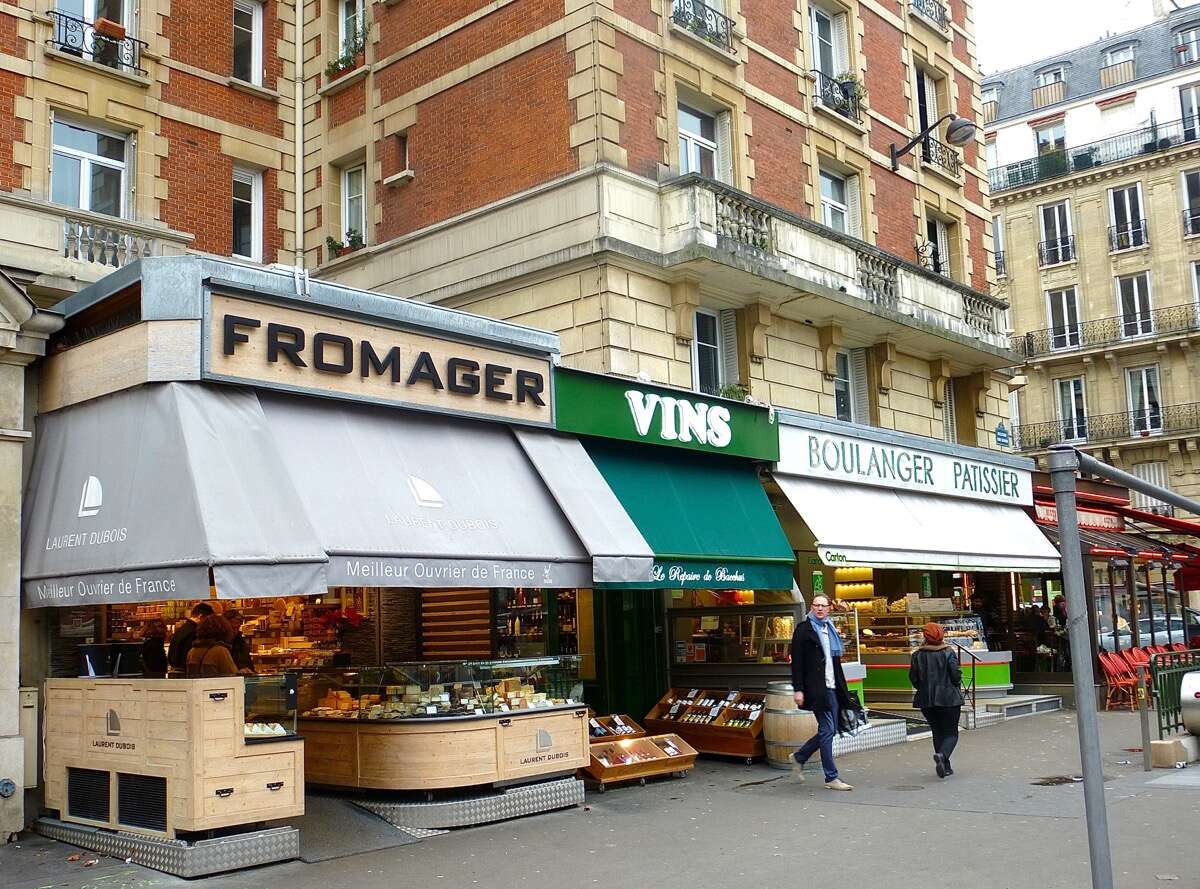 In less than 5 minutes I’ve passed a butcher, a produce stand, a bakery, a cheese shop, a fish seller, and a wine shop, side by side on one street. 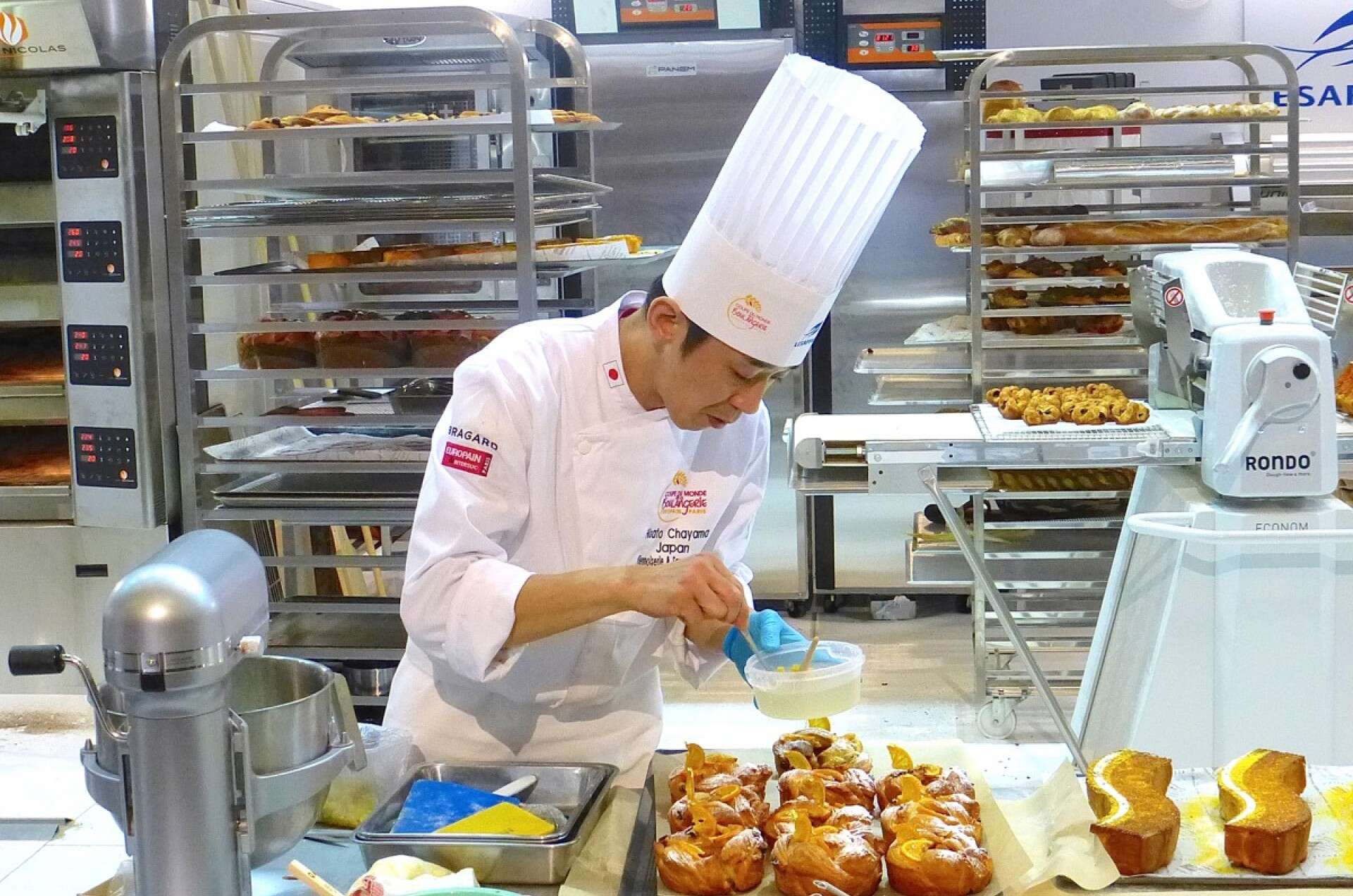 Twelve teams of three bakers each from around the world are here in Paris to compete. The category names have changed over the years, but to keep it simple they are baguettes and world breads; breakfast pastries, and artistic design. Each team member is responsible for one specialty, and there are very clear guidelines on what they must bake and how much time they have to do it. 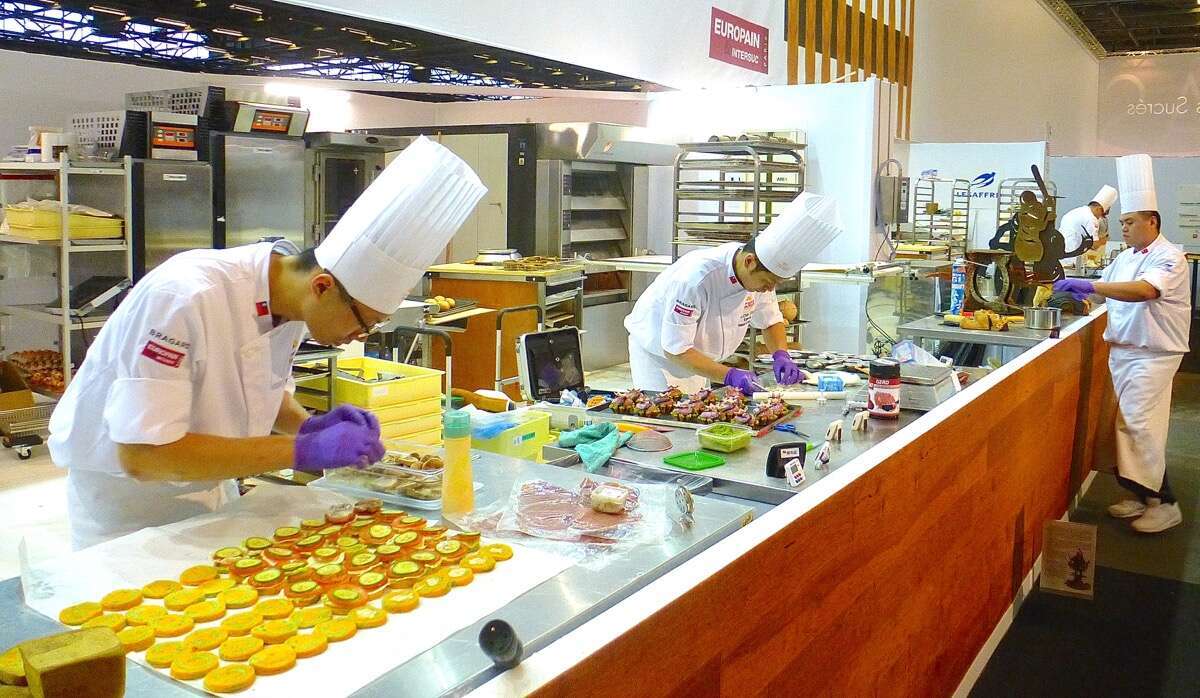 Competition is not for everyone. But the founder of the Coupe, Christian Vabret MOF (Master Worker of France), had a clear goal in mind when he started, and he has far surpassed it. Vabret wanted to raise awareness of artisan baking, advance the craft and, perhaps the most important goal, bring bakers with a common passion together from around the world.

Today we took a break from both the Coupe and Europain, the accompanying bakery exposition, for some inspiration and admiration. Paris has around 1,600 bakeries. Add the chocolate shops and pastry shops, and there are still too many to see in a day, even on a Sunday. 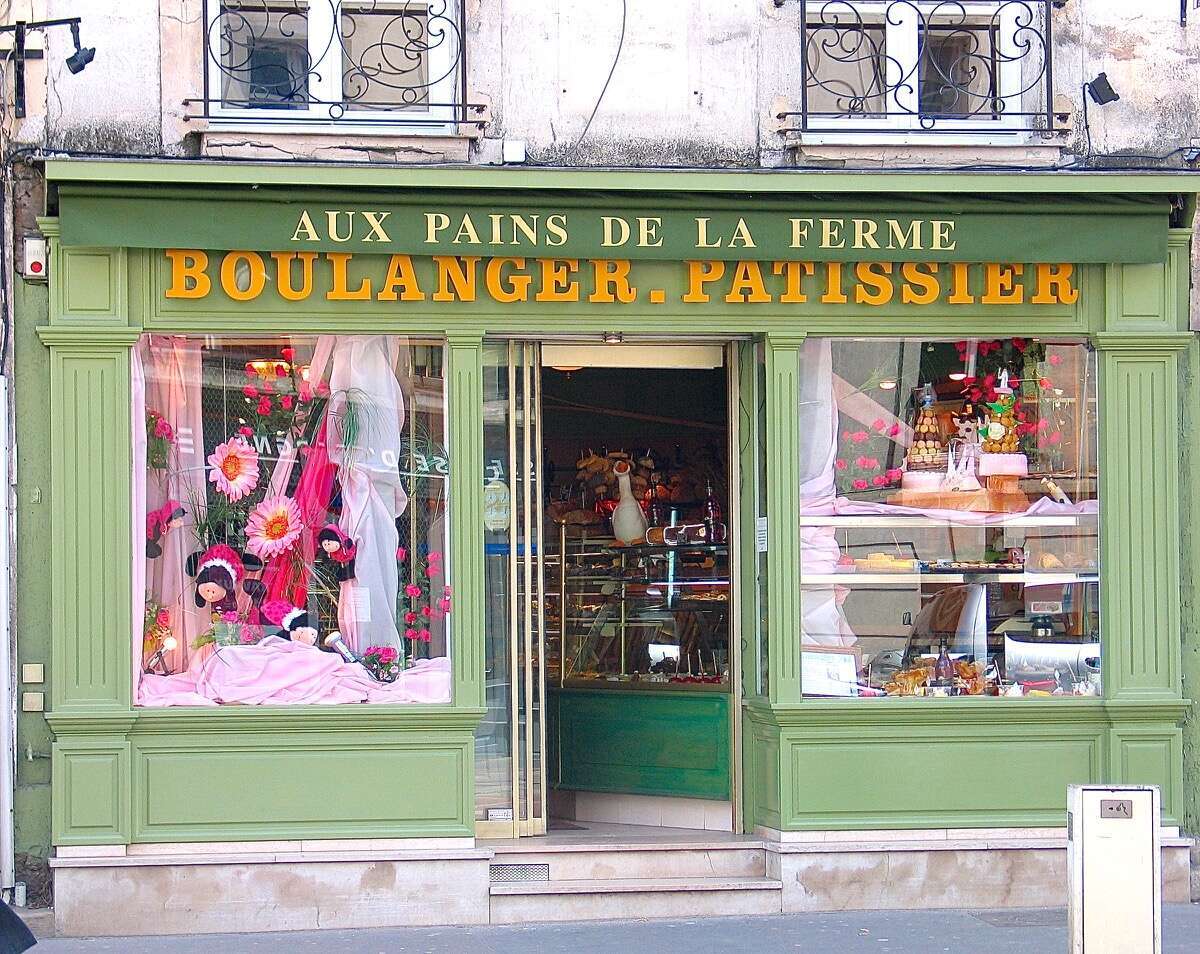 Jeffrey Hamelman and I spent our time in the 5th and 6th arrondissements. There are more shops of all kinds than ever before; and we both agree that we don’t remember seeing so many chocolate shops on previous visits.

When I first visited France I came to understand that a midday snack doesn’t have to be a bag of chips or pretzels (although they’re certainly readily available), but may instead be an experience. An experience you’ll never forget.

Another Coupe du Monde is in the books, and the newly crowned champion of the world is the team from South Korea – followed by Taiwan in second, and the host country, France, in third place.

There’s no doubt that all of the bakers that participate benefit greatly from the experience, and gain knowledge that they share with others in their country. For some of them the process stokes a fire that will burn long after their day in the spotlight.

Regardless of them making it to the finals in Paris or not, these bakers go back to their workplace and share that energy with those around them. That collective excitement is a powerful force that moves the baking needle in the right direction. That’s how the quality of baking improves around the world. As quality grows and consumers are exposed to better breads and pastries, I believe they recognize it and begin to expect it. That’s a good thing for everyone. 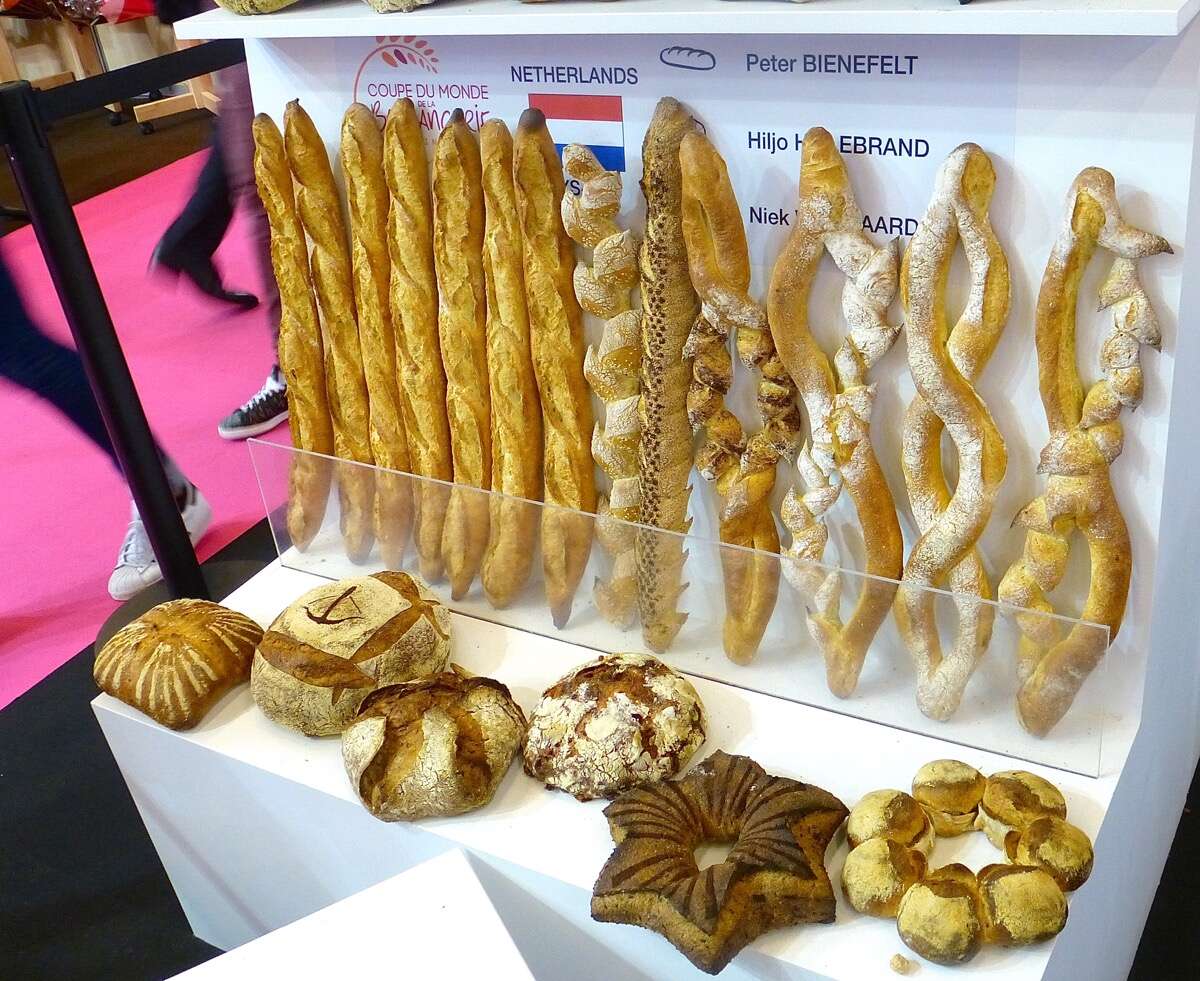 One team is going home incredibly happy; the other 11, perhaps not so much. Some competitors will take the news harder than others, and wonder what they could or should have done for better results.

I believe it’s important to remember that competing in anything takes a lot of courage. Winning or not doesn’t ultimately reflect the value or importance of a person. We must rise above winning and losing, and recognize all of the competitors for how hard they worked and how much they sacrificed for what’s ultimately the good of baking. I know that’s what’s important to us here at King Arthur Flour.

The members of Team USA will return to a new normalcy after dedicating so much time over the last couple of years to the process. They’ll take what they learned and share it with other Bread Bakers Guild of America members for years to come, through teaching classes and mentoring new teams. This is our reason for competing, and this is how the knowledge they gained gets spread. 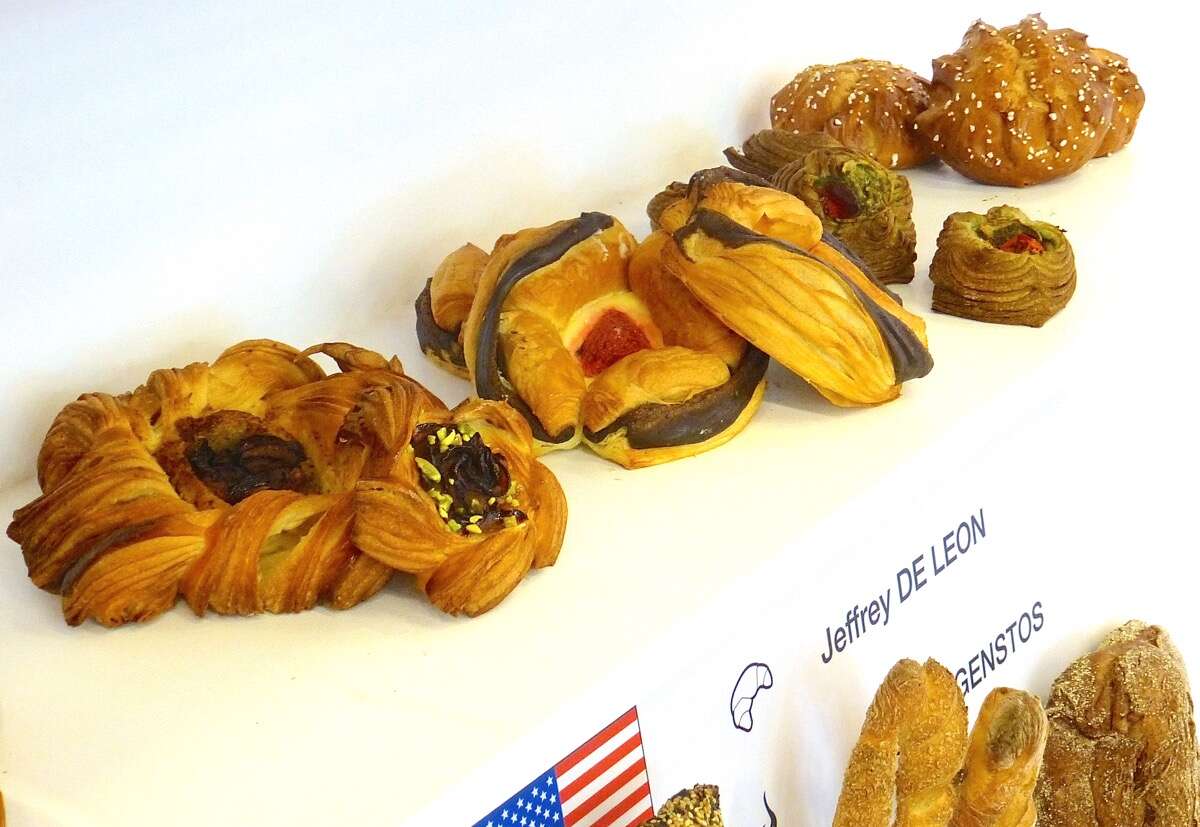 Last night we wrapped up the trip with a reception for the Guild. We gathered with friends, family, bakers, and anyone else who shares the same enthusiasm for baking. Among the accomplished professionals there were students at the beginning of their journey. We are all one, in bread and baking.

Until next time, thanks for reading. Now go bake something!

Curious about what it takes to participate in the Coupe du Monde de la Boulangerie? Read about one baker's quest to make Team USA. 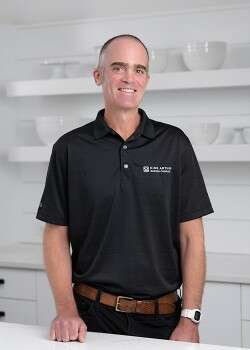 very nice post, i certainly love this website, keep on it danielratz.pl
Thank you for this series of articles! I love learning about this competition and seeing all the amazing bread and pastries that are created for it! What incredible talent! And here I am thinking I'm hot stuff when I make cinnamon rolls ;)
You are "HOT STUFF" whenever you bake and whatever you bake! Always pat yourself on the back for baking!JoAnn@KAF
Yes, please more photos of the products identified by country! Thanks for this report from France.
Yours is the only picture I've seen of anything Team South Korea made. The Europain France Flickr group has nothing. I'm dying to see the individual breads/pastries that South Korea made. I love the big, creative pieces that every team made!
Here's a Korean blog entry on it with more pics. http://blog.naver.com/PostView.nhn?blogId=onsili&logNo=220622557671
I agree! I am not able to find any pictures! My husband used to work with one of the USA team members, so I am dying to see some more pics.
if you go to the official flicker page [flickr.com/photos/europain/sets/72157664208834922] you'll see 5 pages full of pics - wade throught the face shots and you'll see most of the big creative shots.