I see a child, maybe 10 years old. He is red-dirt stained with wild and inquisitive eyes, one of four brothers and a lone sister who comprise the Philip clan.

Martin Philip and his siblings take to the back woods of the Arkansas Ozarks like a pack of mischievous coyotes, an imaginary world beyond the realm of adult vision clear to them as day. There is an old boxcar in these woods where they pretend to be hobos, chewing on foraged sassafras root and making up stories. 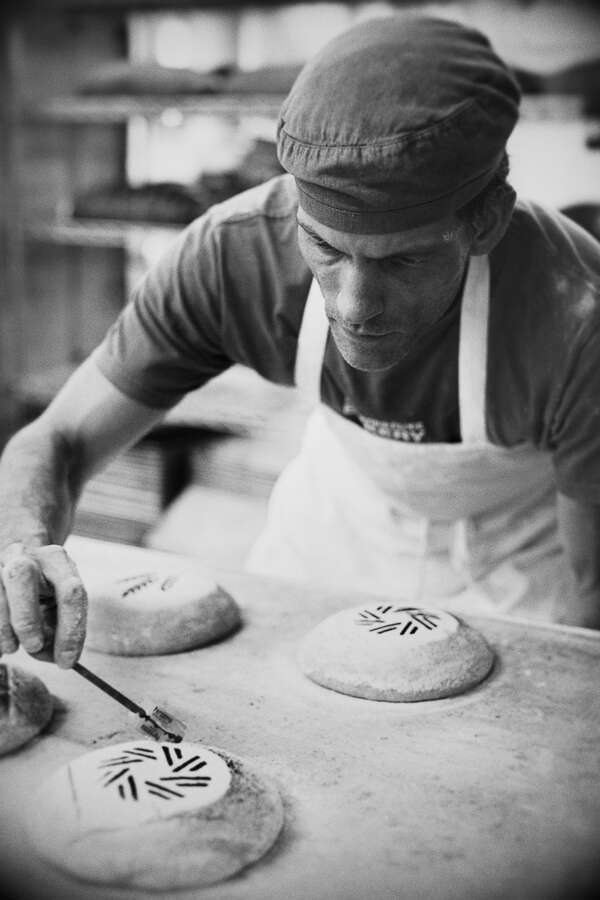 I imagine the mind of the philosopher Martin grew up to be in the child he was then – contemplating the journey of the boxcar across state lines, carrying wheat and corn, tobacco and whiskey.

Today, I taste molasses and walnuts and good root beer in the Kvassmiche and boxcar loaves Martin slices for us to share – and feel nostalgia for a memory that isn’t mine. 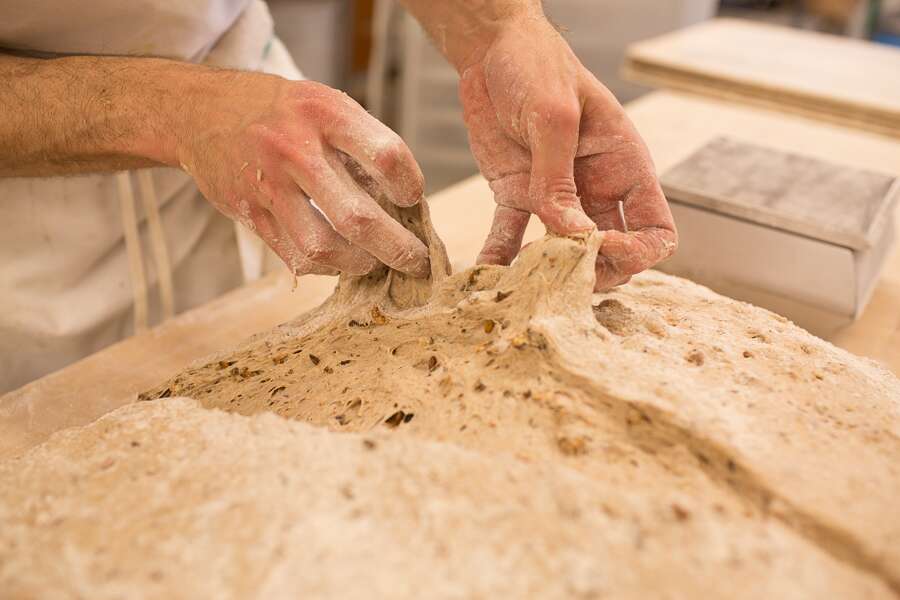 “No good,” announces Martin, studying the loaf closely and snapping me out of my daydream. “See, the crumb is too tight, and the aromatics aren’t coming through evenly.” He points at the internal structure before raising the loaf to his nose. 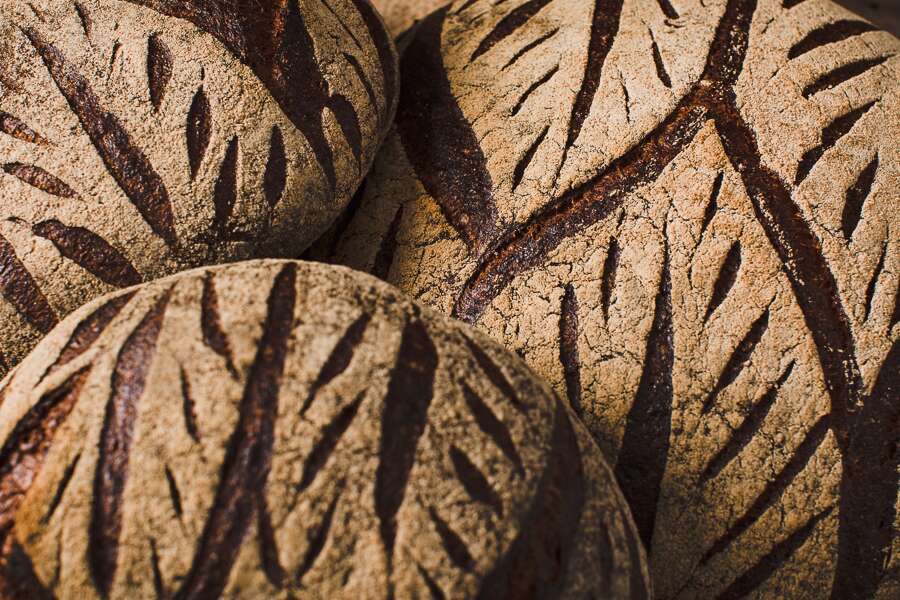 “Too much sassafras, not enough smoke.” 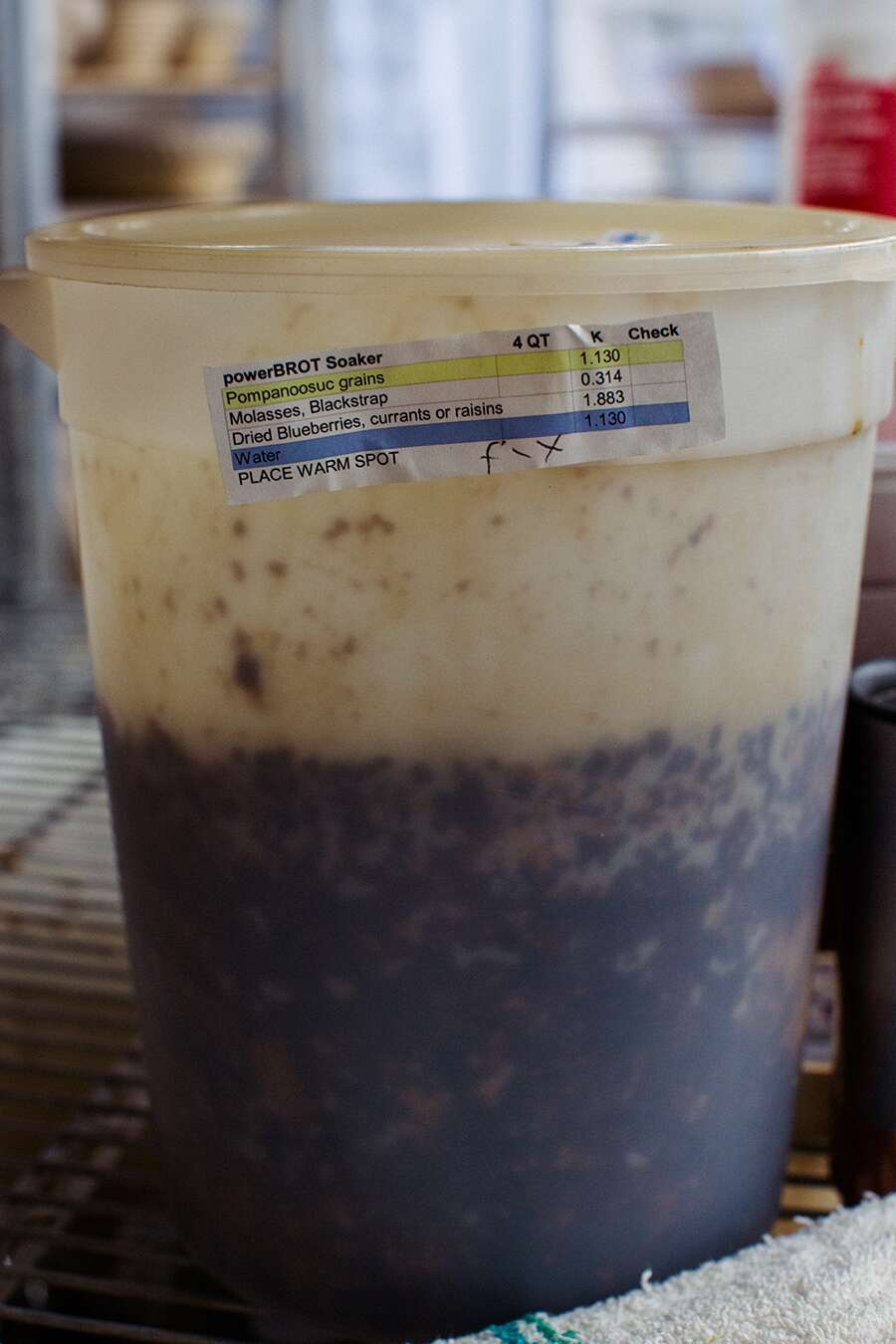 He turns from the board and studies his formula, making notes in the margins. Exhaustion and frustration accentuate the hard lines of his face as he thinks about what to do. It’s the best bread I’ve ever eaten, but only to date. Over the course of the following three months Martin will improve every aspect of this dough. 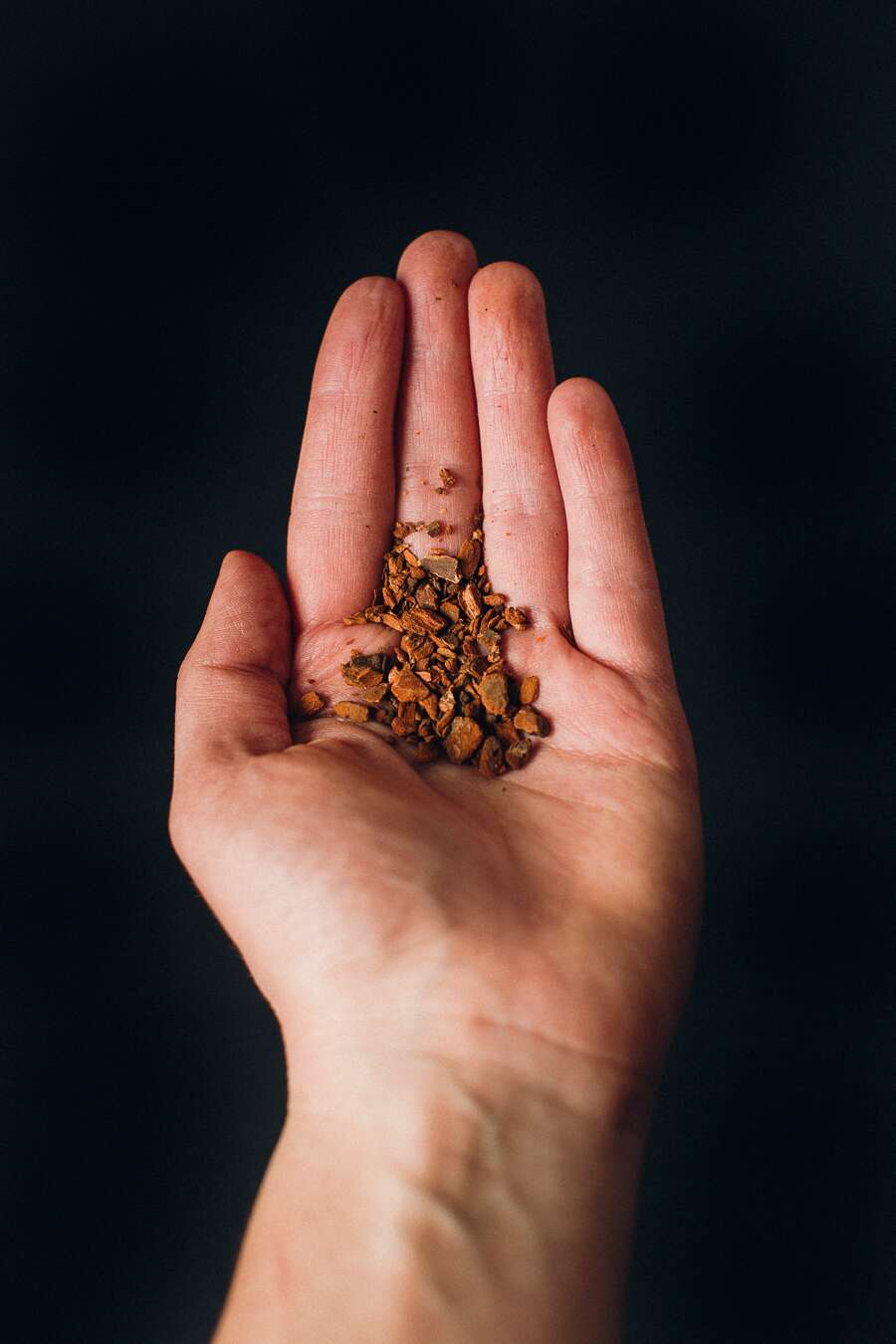 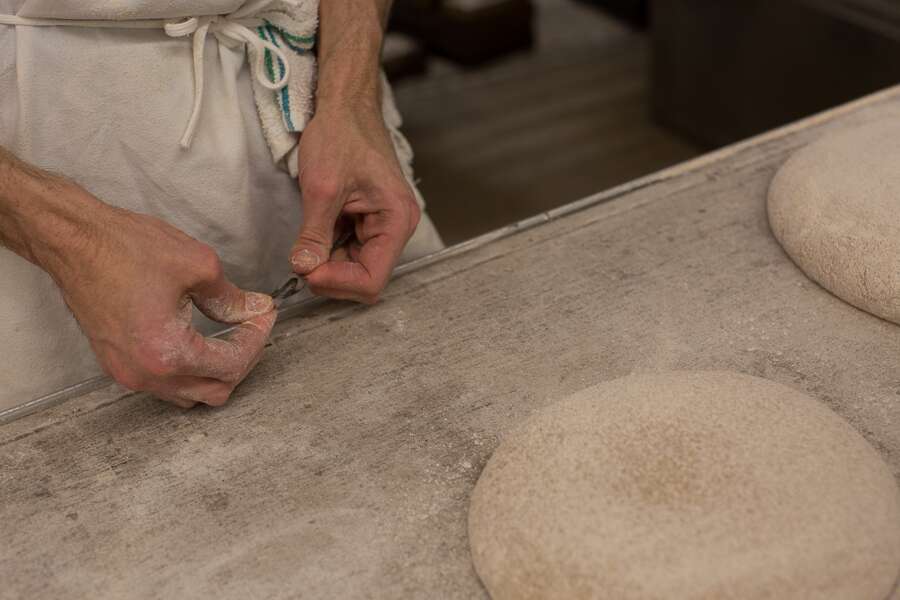 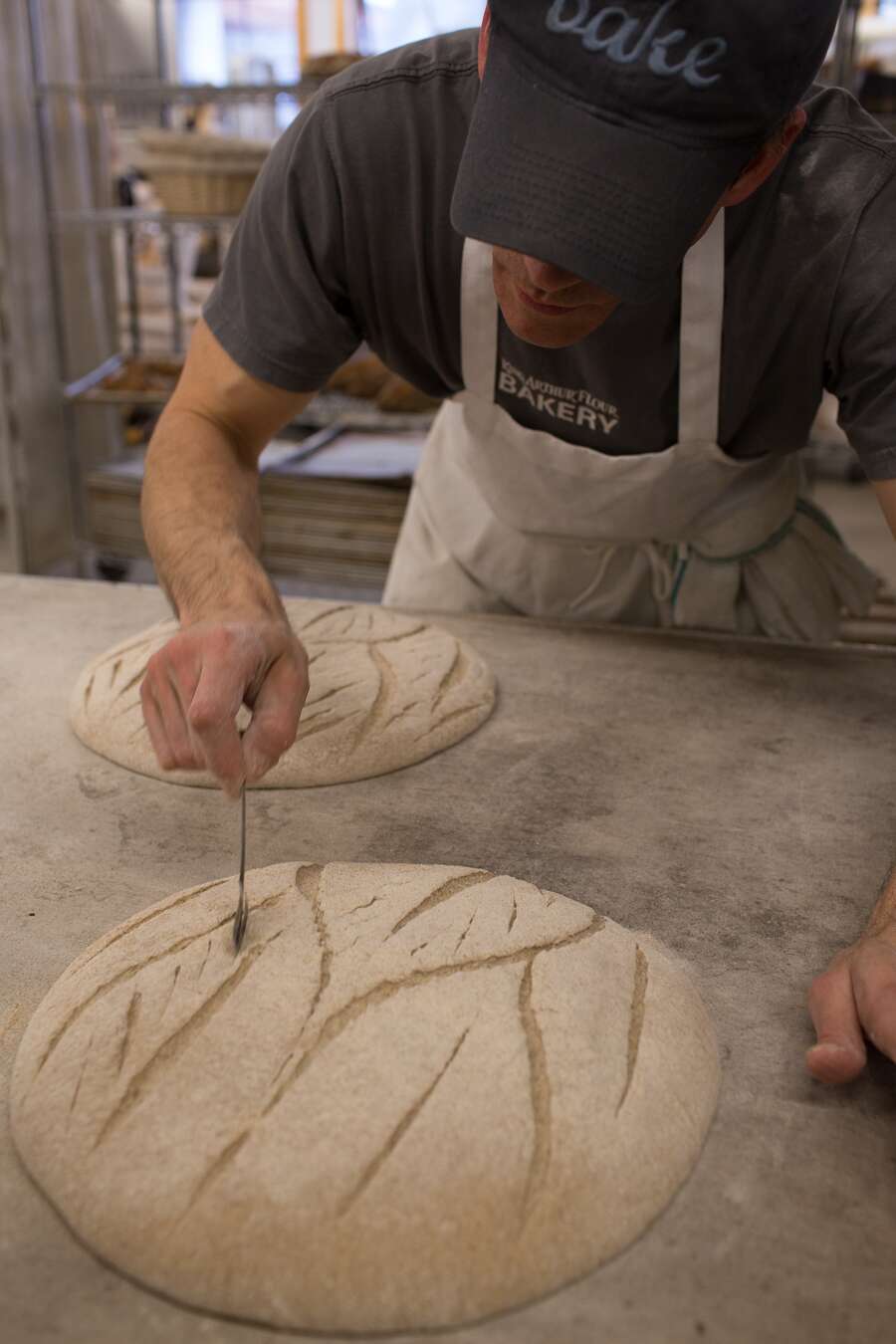 Martin is competing for a spot in the Coupe Du Monde, the so-called “Baking Olympics” held once every 3 years in Paris – one of the world's toughest baking competitions.

For over a year he's been working to represent the United States in the bread category, edging out all but four other competitors from around the country. This is the final round, and he's easily putting in upwards of 80 hours a week to perfect five recipes – five loaves of bread. 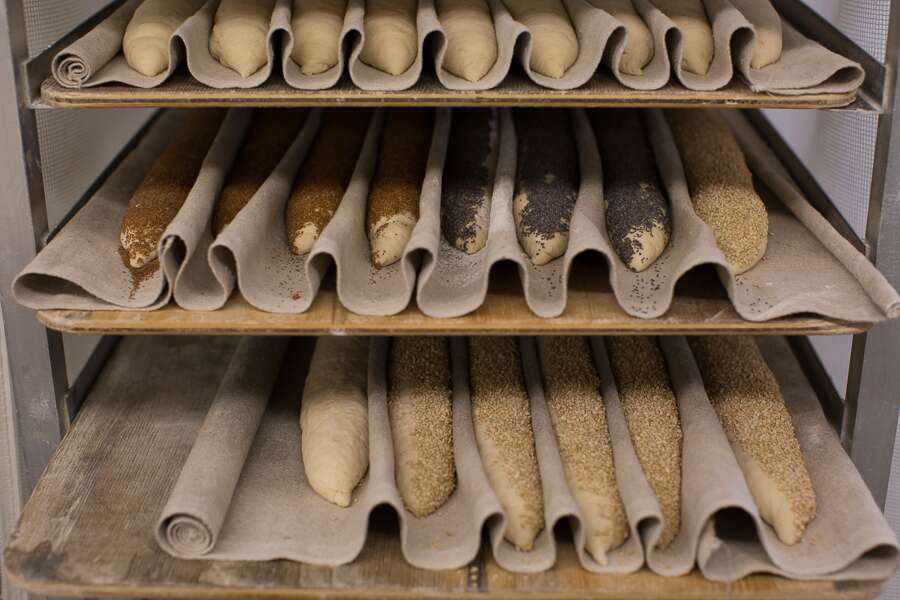 Baguettes proof during one of many all-day test-bakes Martin ran, practicing for the trials that would determine whether or not he moved on to the next stage of competition. He completed three stages in total.

“It’s not about winning,” Martin tells me before leaving for his final trial, where unbeknownst to him he will bake a perfect set. “The event is a way of just saying, ‘I believe that in this amount of time, I can be something more than I am at this moment.’ And it’s going to force me via fear, or whatever the motivation is, to actually do the training, which is really what it’s all about.” 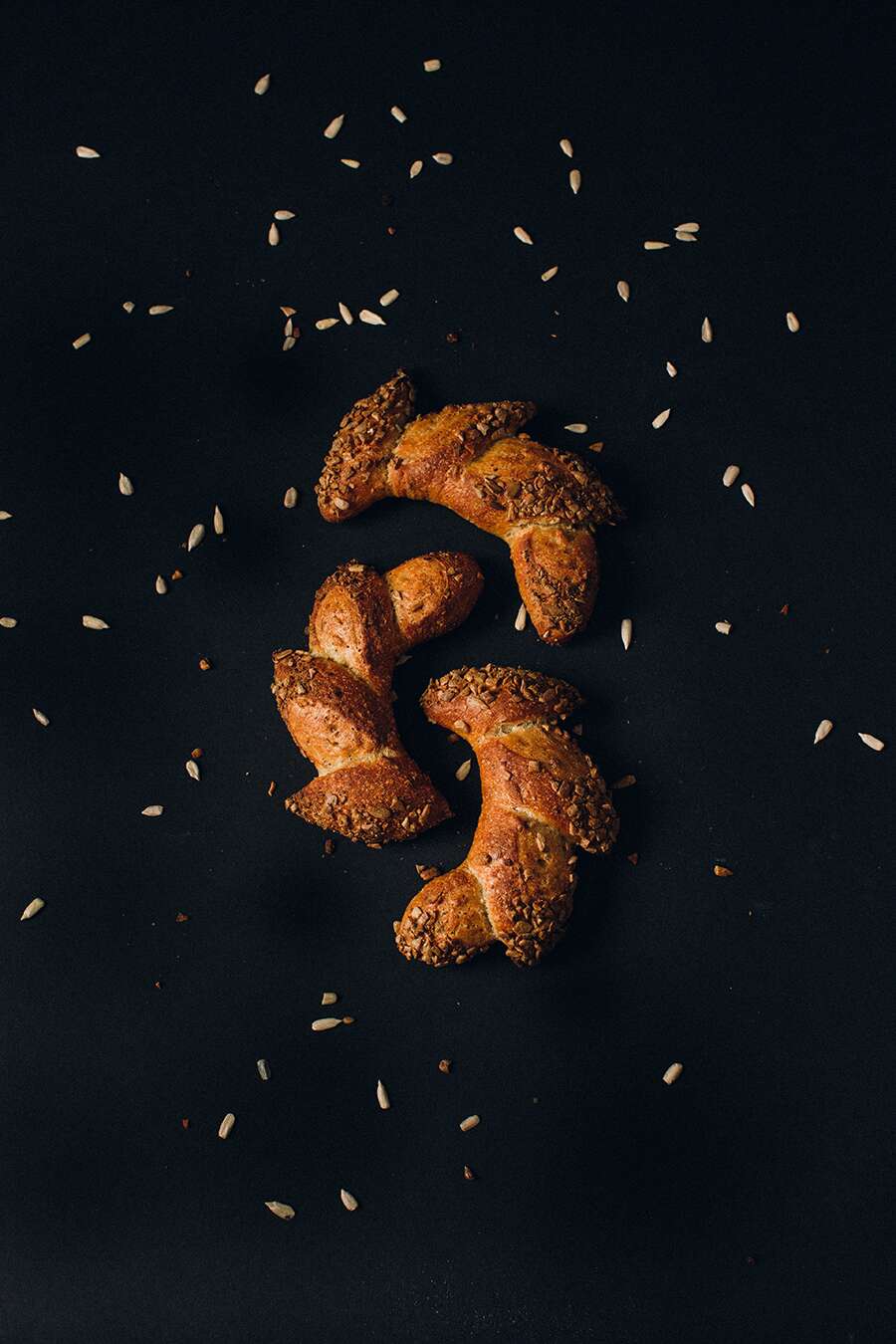 It’s hard to believe that Martin has only been serious about bread for a little over 15 years. Before this chapter in his life he was a professional opera singer, a Wall Street trader, and an ultra-marathoner. He excelled at each of these endeavors, but longed for something else. 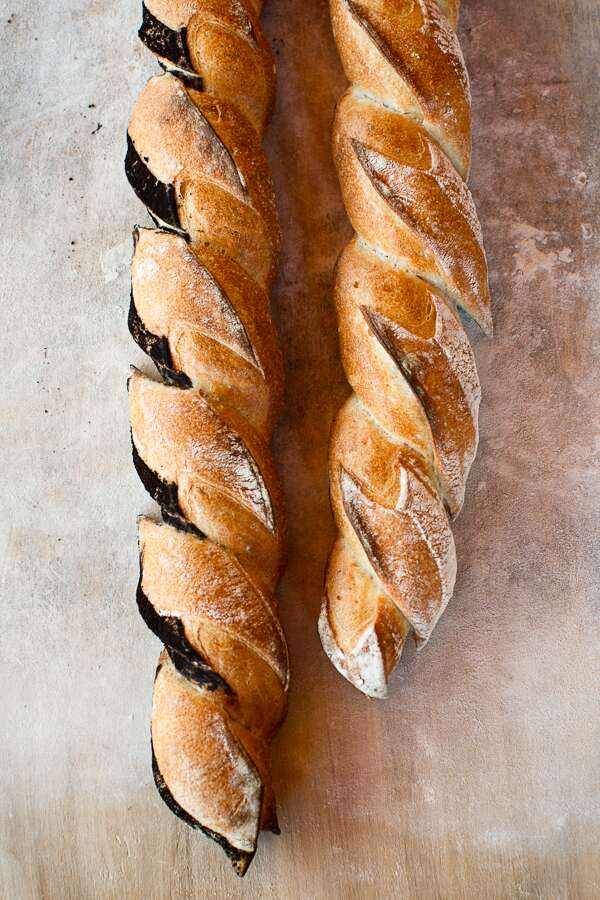 “When I think about how I started baking, there are two moments that stand out. The first was September 11, 2001. I was living in New York at the time, and remember very specifically looking south at the hole where the buildings once stood and saying, ‘I need to get back to myself. Life is too short to be so far from who I am.’

"I'd had had various jobs, but I always had this connection with food. My mom was a baker, and so was my grandmother. So baking was this thing that was always in my mind. I was performing a concert in Berkeley around that time, staying with a family in the area. This guy pulled out these bagels he had made, and they were some of the best I’ve ever had… and that was it. I was like, ‘This is what I’m doing now…’ " 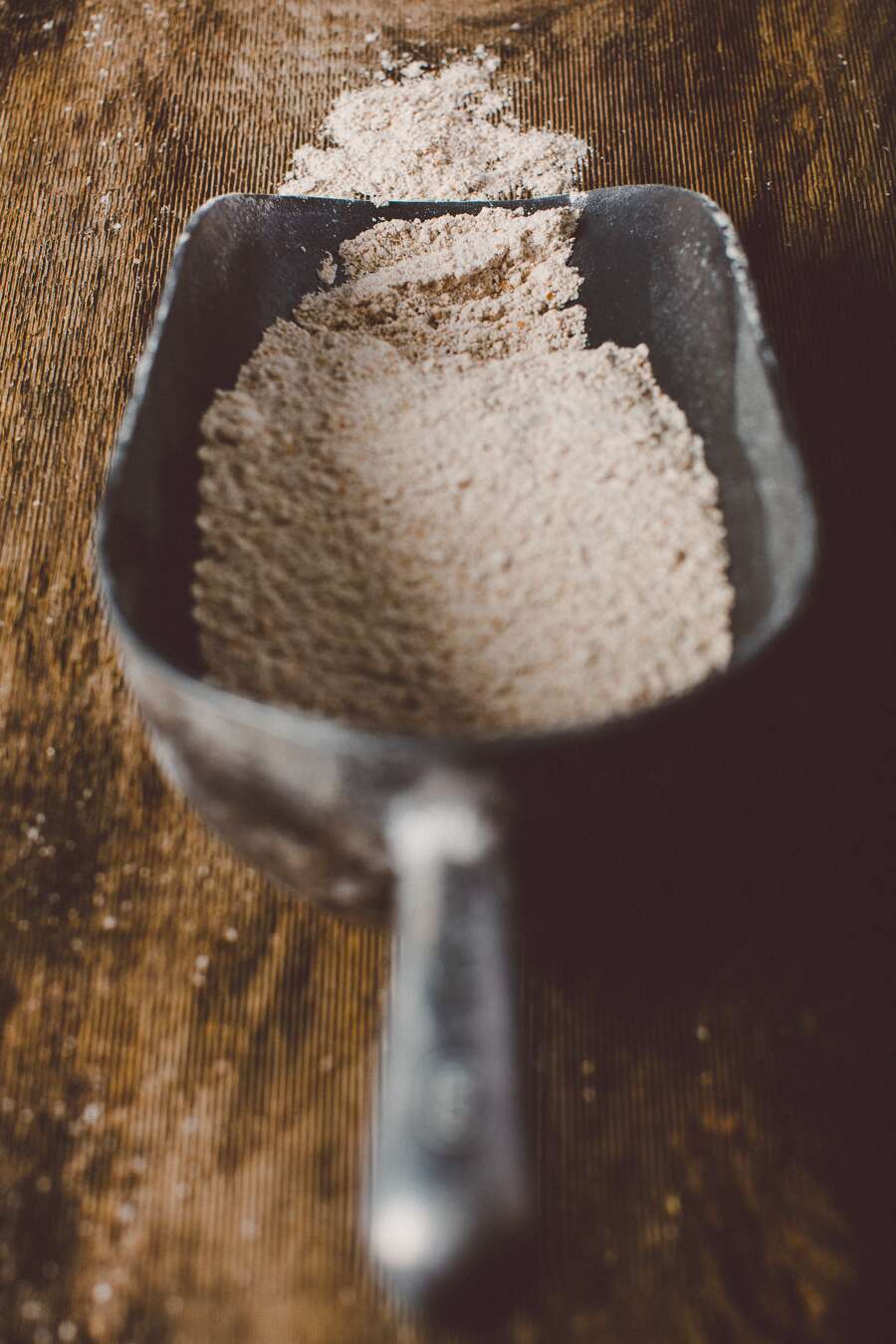 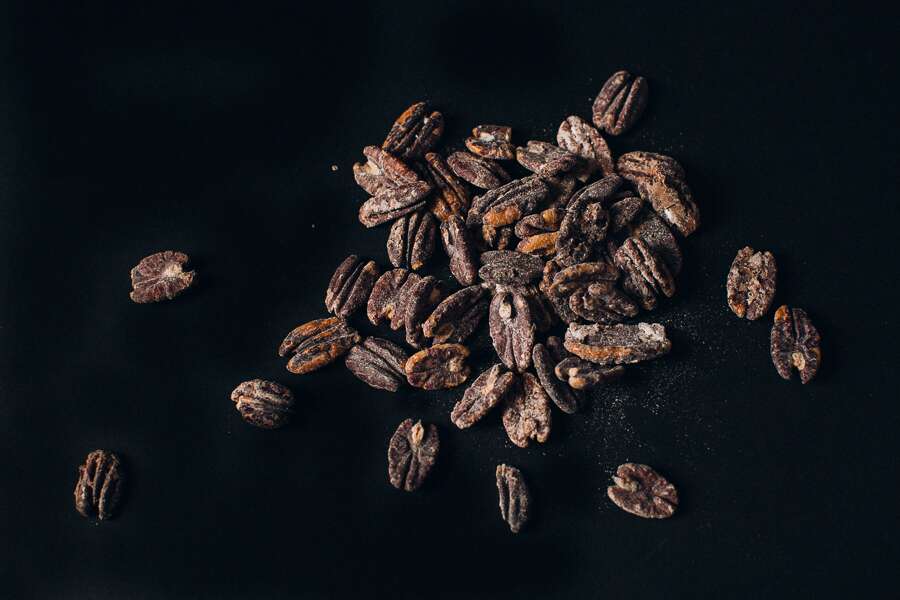 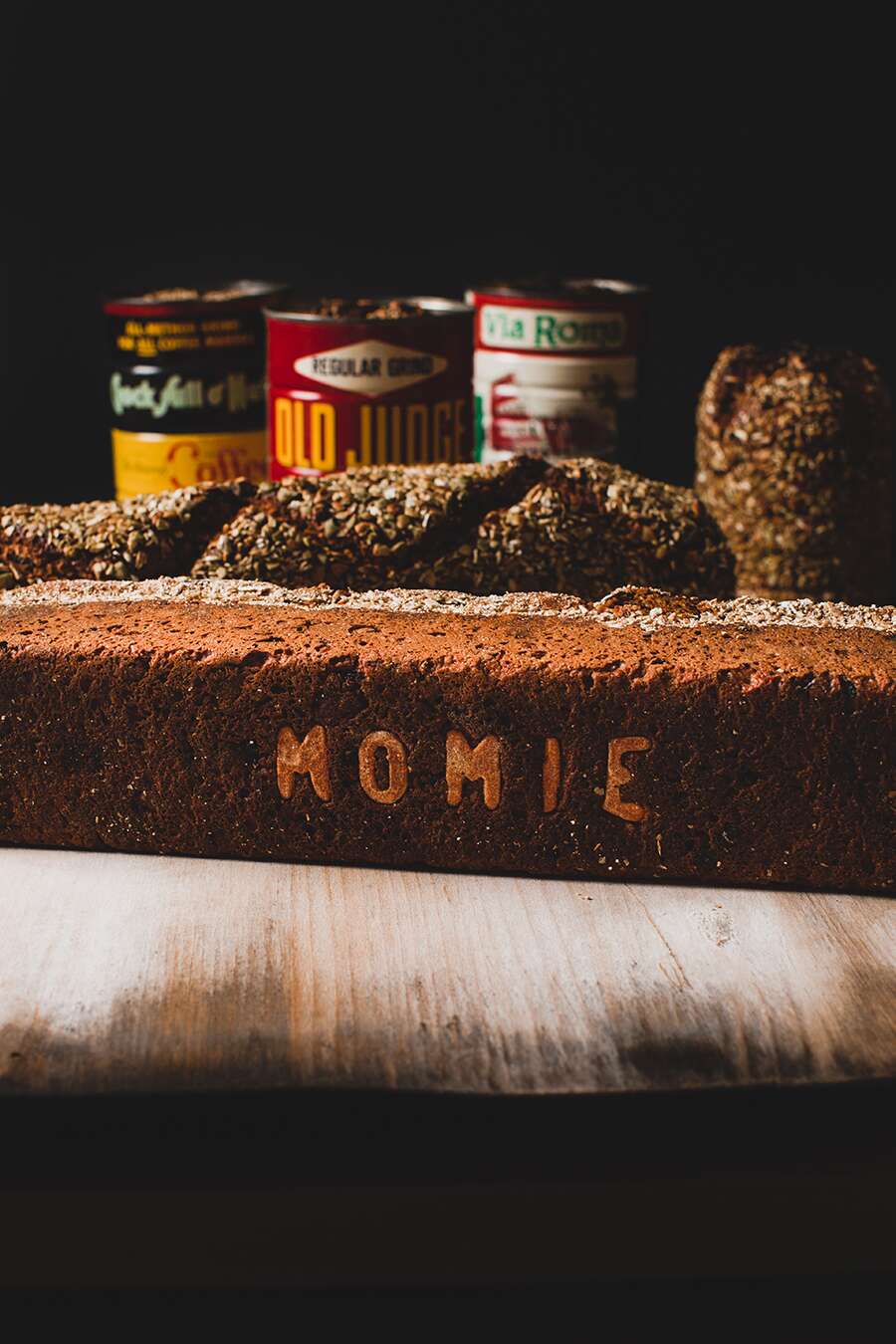 Power-BROT, two ways. Inspired by a recipe from Martin's grandmother, "Momie," the cans represent the traditional steamed brown bread she used to make on the stove top

For the next five years, Martin baked seriously at home. He read everything he could get his hands on, and practiced with the discipline of a conservatory student. He rigged his home oven to bake at dangerously high temperatures, melting the kitchen cabinets in his New York City 215th St. apartment.

Martin applied to King Arthur Flour three times before he was hired, but as he puts it, “I wasn’t going to take no for an answer.” He and his wife, Julie, moved to Vermont, where Martin’s father and his father before him had grown up. Ten years later, Martin was competing for a seat on Team USA at the Coupe du Monde. 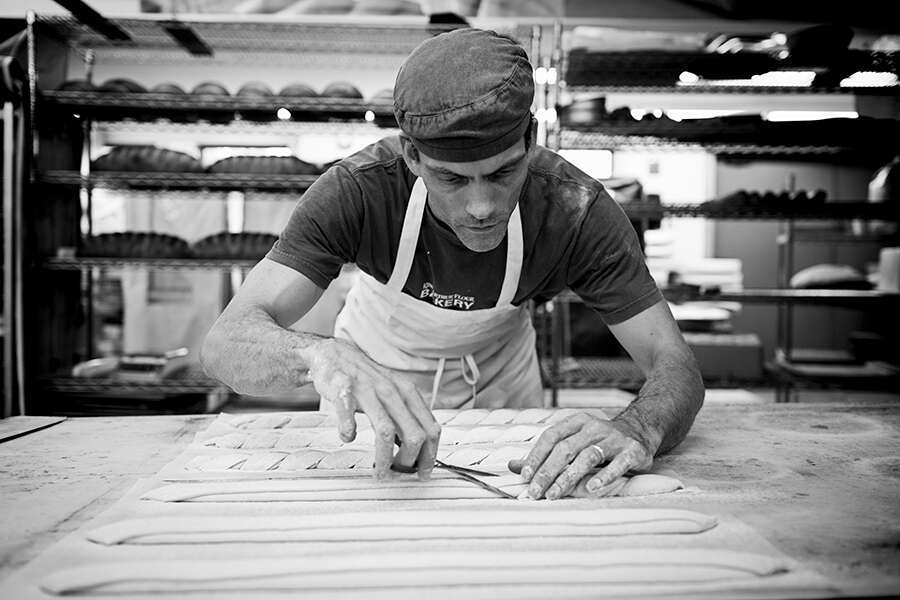 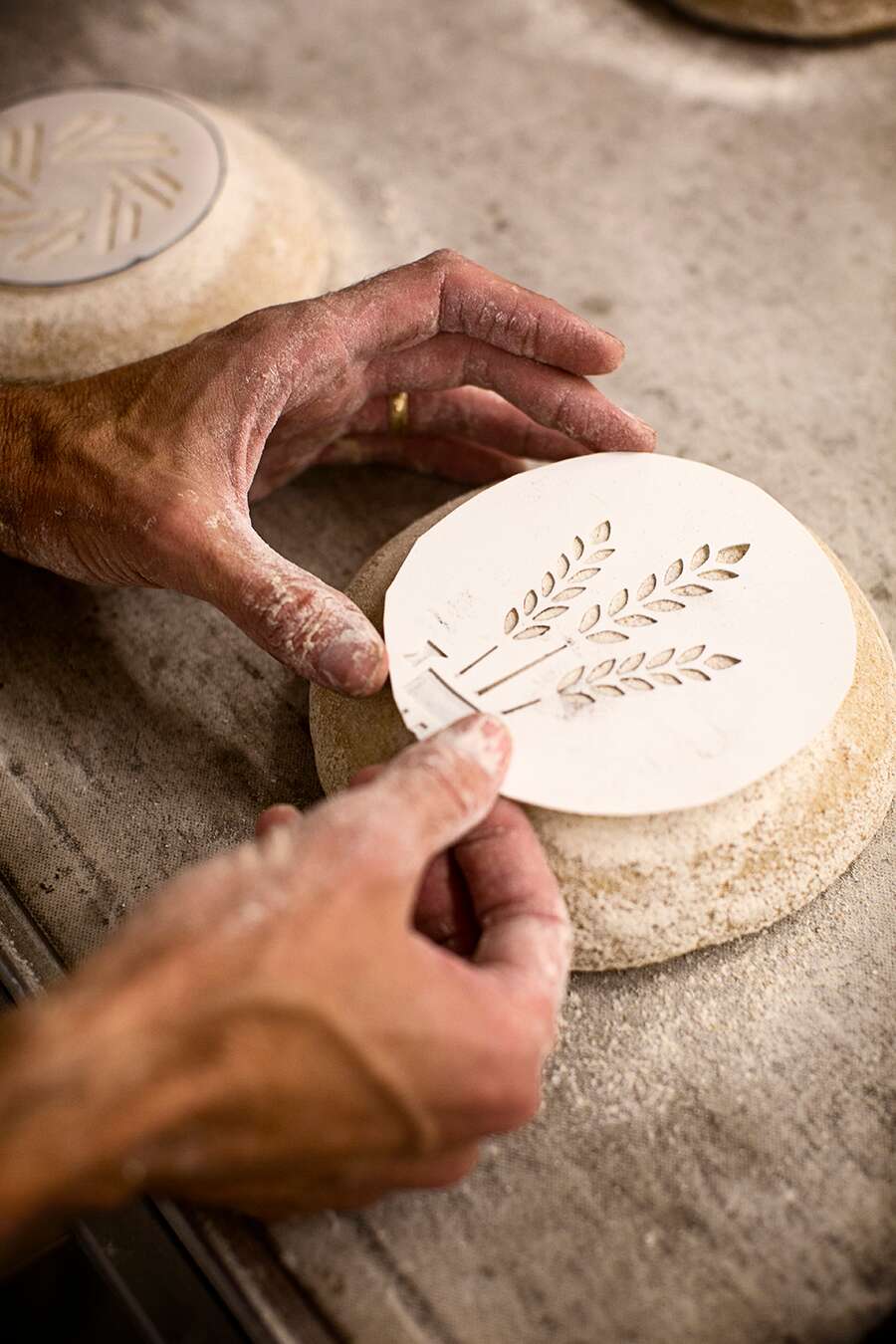 “At first with the Coupe, the target I was trying to reach was the one the judges hung. But over time, and with the acquisition of skills, I realized I didn’t really care about that anymore, because that wasn’t the long-term goal.

"Over time, I came to realize that the only way I could win was to connect with myself, to connect with my heritage. I had a story that I could tell about each one of the breads I baked in the final round that had meaning to me – that said something about where I came from and who I am, because that’s the only thing that’s interesting. That’s the only story I have.” 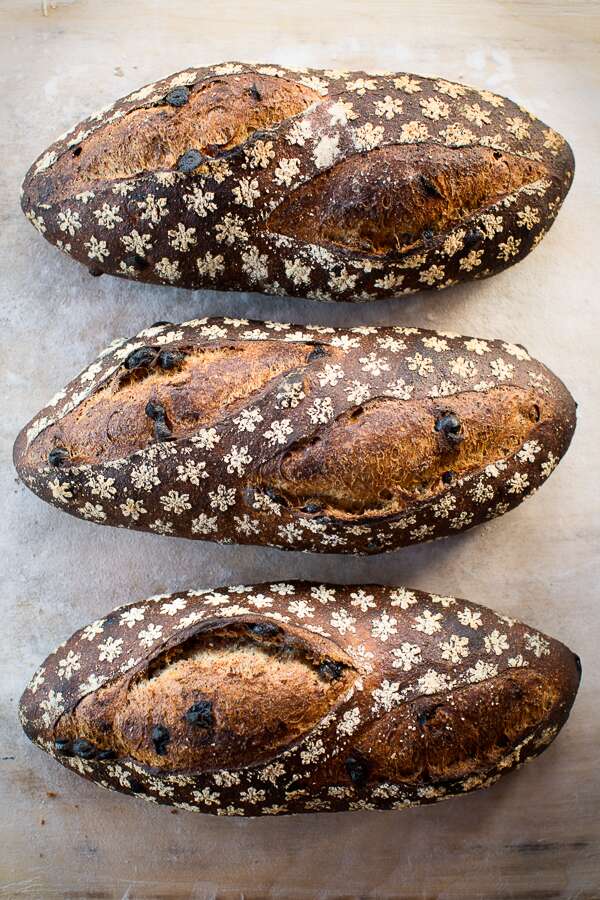 Anise fig bread - one of my personal favorites! 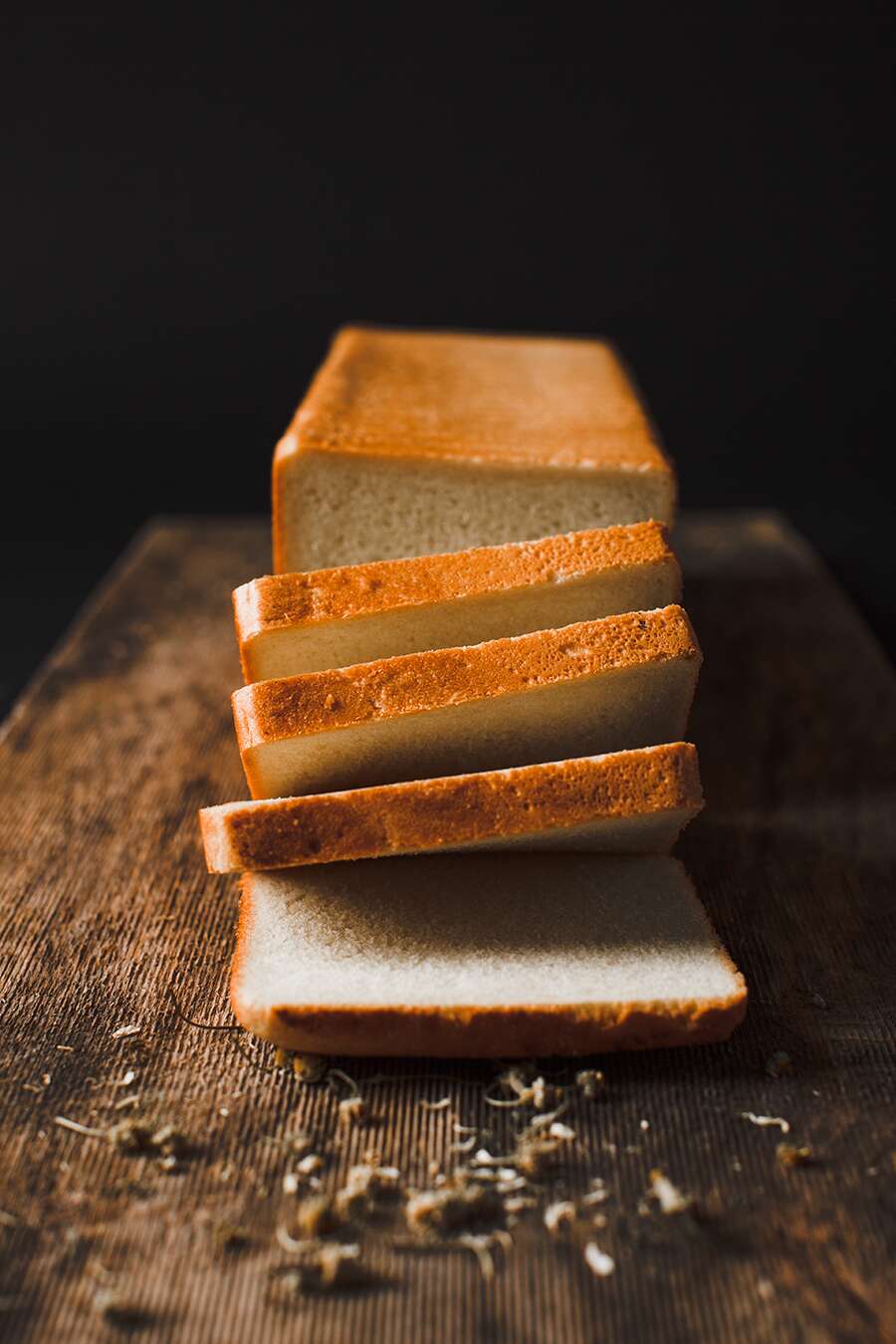 It's hard to know which is more satisfying – the pleasure created by the flavors and nuance of Martin’s breads, or the stories that tie each recipe together. For his version of a beekeeper’s Pain de Mie, Martin recalls his children when they were very young, and could only gum at the sweet breads they were given.

His Sunseed recalls a time in Martin’s life when he was more rigid, perhaps in his conservatory and opera-singing days. It celebrates the loss of control when squash is planted in neat rows, only to grow uncontrollably as the summer’s heat and rains overrule man’s desire for order.

He writes about baguettes as the simple, beautiful, yet frustrating form that takes so many years to really understand; the parallels between the form and the man who yearns to master it are clear. 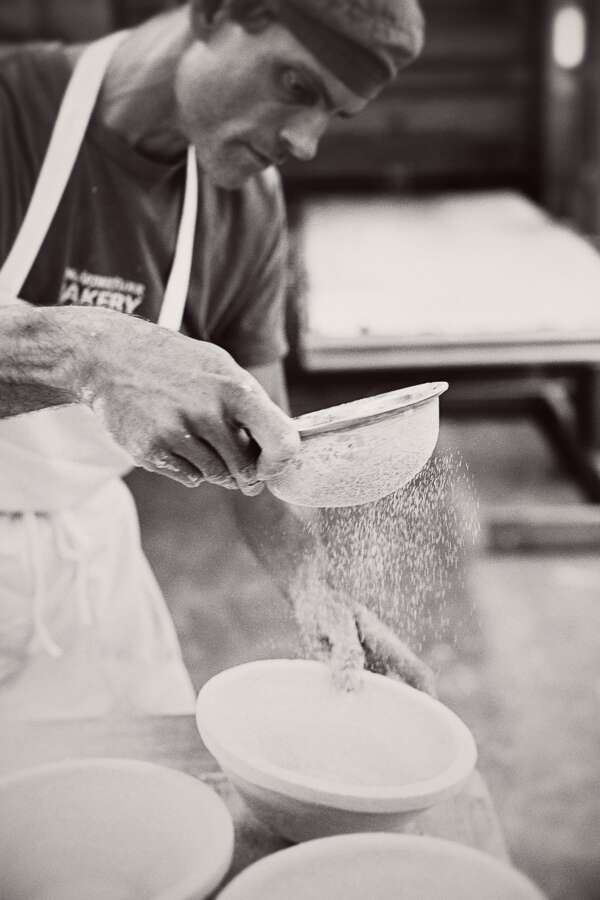 “You, me, everybody – you go back two generations, and we come from people who did things with their hands. We’re just not that removed from it, even if we have fallen out of it. Baking is my way of going back.” 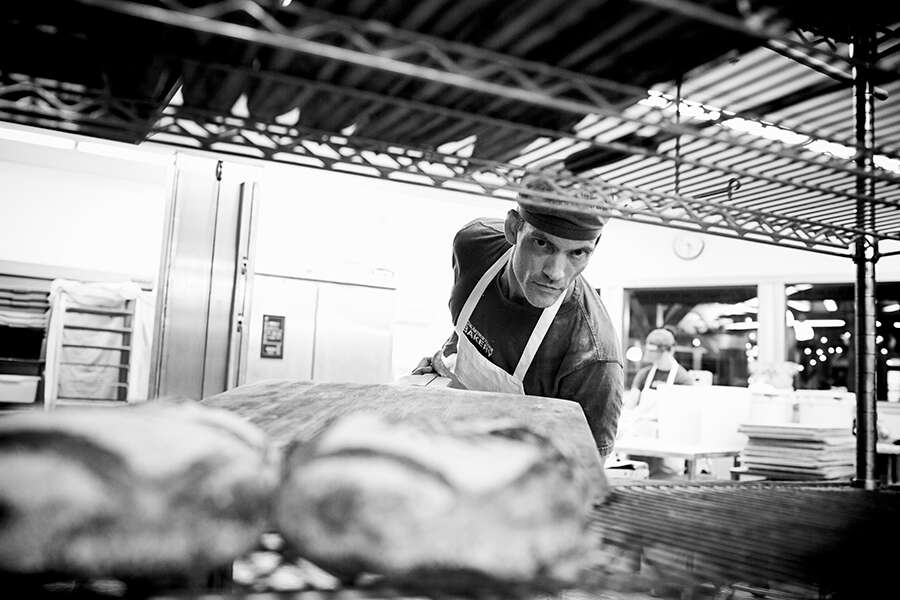 In the end, Martin was bested by a competitor in the final round by just a fraction of a point. But to hear him tell it, this barely matters.

The way he sees it, Martin left with something far more valuable and priceless: a collection of stories and recipes that point to who he is today by way of where he came from – a proverbial map of his heritage, where all roads lead home.

NOTE: Most of Martin's bread recipes aren't formulated for baking at home, but he's modified one of them for home use – see our blog post, Mission Fig Bread.

First time I have started reading a blog. What a great post!
Hello! I understand this is kind of off-topic but I had to ask. Does running a well-established blog such as yours require a massive amount work? I'm completely new to writing a blog but I do write in my diary everyday. I'd like to start a blog so I can easily share my own experience and feelings online. Please let me know if you have any kind of recommendations or tips for new aspiring bloggers. Thankyou! 1771

Thanks so much for reaching out to us, Candace and we're flattered that you enjoy our blog! We have a whole team of bloggers working to bring recipes, tips, and inspiration to our customers throughout each week. We hope that doesn't deter you, and we encourage you to pursue your desire to start your own blog. To us, the key to the blog is to be real, share your experiences, and have fun. If you ever have any baking questions, our Baker's Hotline is at the ready at 855-371-2253. Best wishes! Annabelle@KAF

Hurrah, that's what I was looking for, what a stuff! present here at this webpage, thanks admin of this site.cheap jerseys
You could certainly see your skills within the article you write. The world hopes for even more passionate writers like you who aren't afraid to say how they believe. All the time go after your heart. post_188
Hey I know this is off topic but I was wondering if you knew of any widgets I could add to my blog that automatically tweet my newest twitter updates. I've been looking for a plug-in like this for quite some time and was hoping maybe you would have some experience with something like this. Please let me know if you run into anything. I truly enjoy reading your blog and I look forward to your new updates.1655
Hi Sylvia, we checked with one of our Web Developers to see if she had any thoughts or suggestions for you. She said that while she hasn't tried using this widget for herself, you could consider using this Twitter Auto Publish tool. Additionally, if you have a WordPress blog, you could also explore this tool. The other feature that comes highly recommended is dlvr.it, a "Smart Social Media Animation" that might be helpful for you. Kye@KAF
My spouse and I stumbled over here coming from a different web page and thought I might as well check things out. I like what I see so now i'm following you. Look forward to going over your web page again.
I love the KAF coverage and interviews with the Coupe du Monde de la Boulangerie! Are there any documentaries or books about this event?
Not that we know of, sorry!! JoAnn@KAF