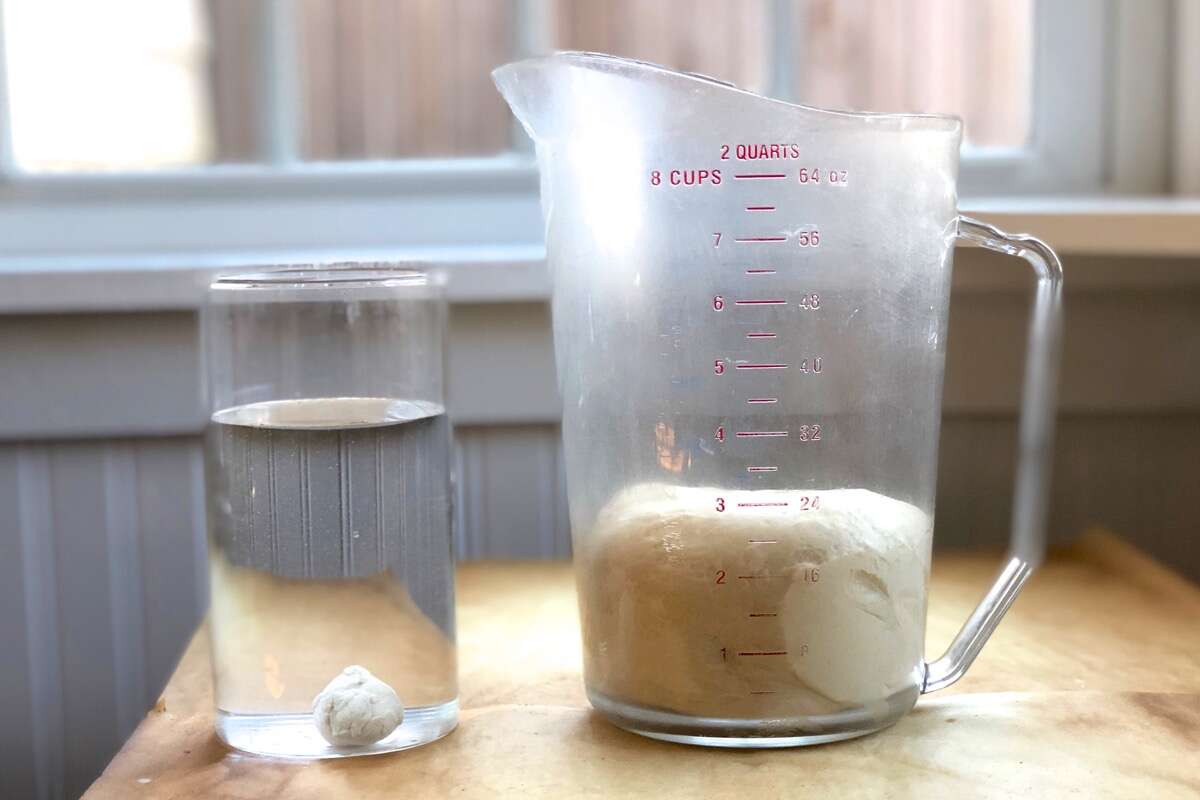 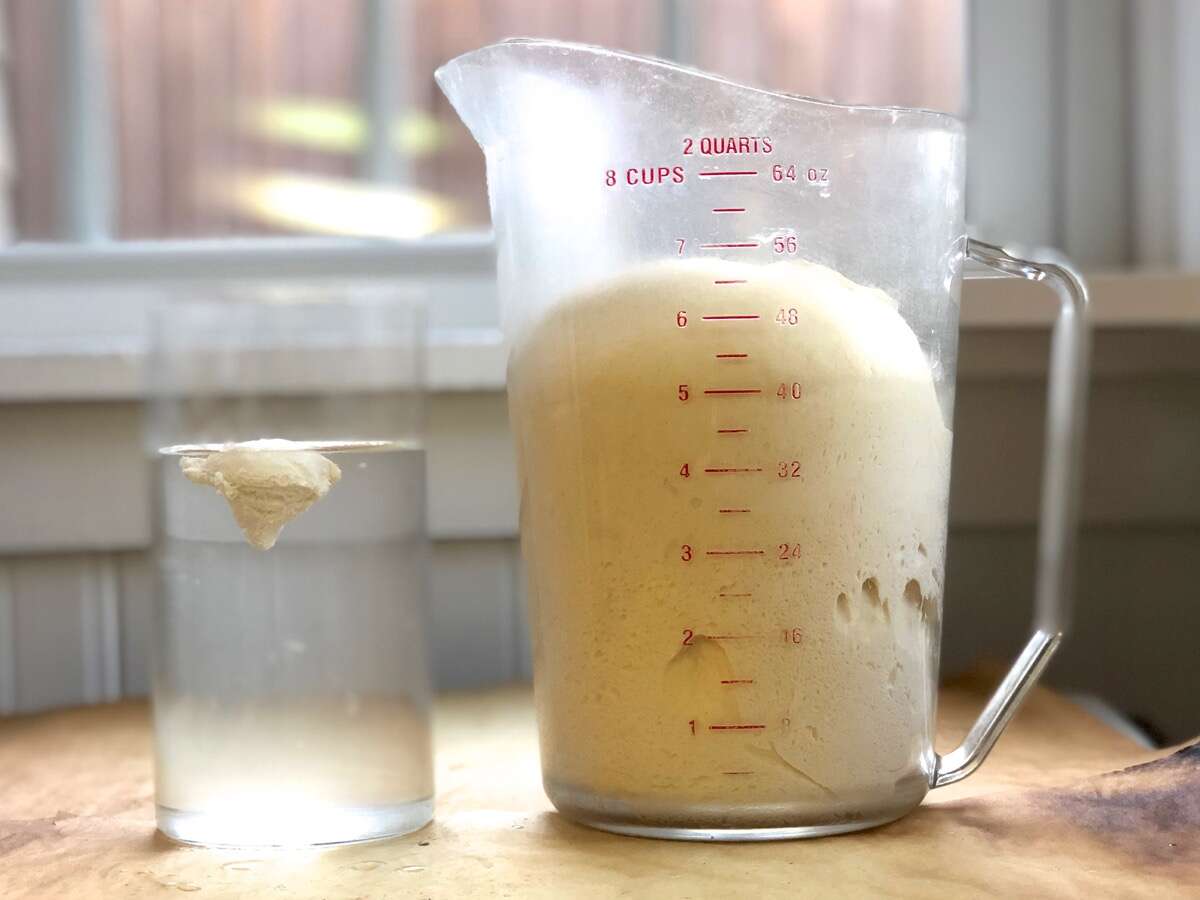 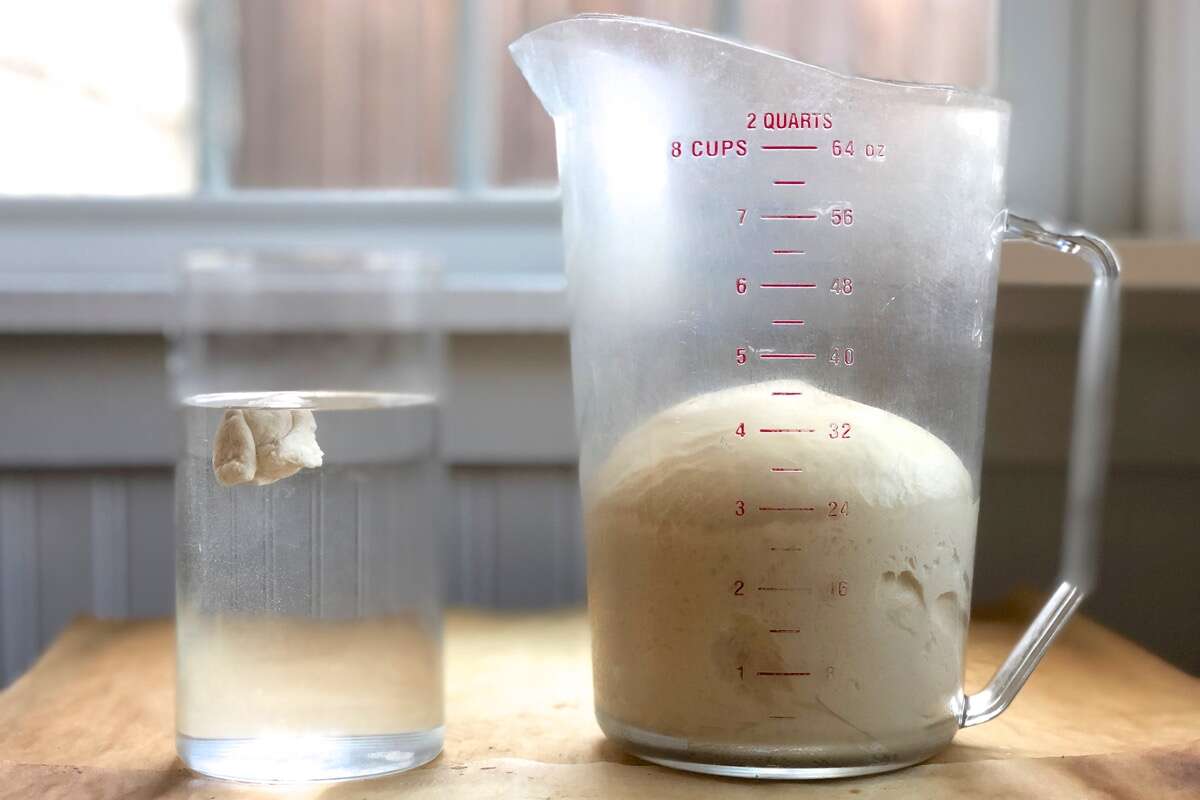 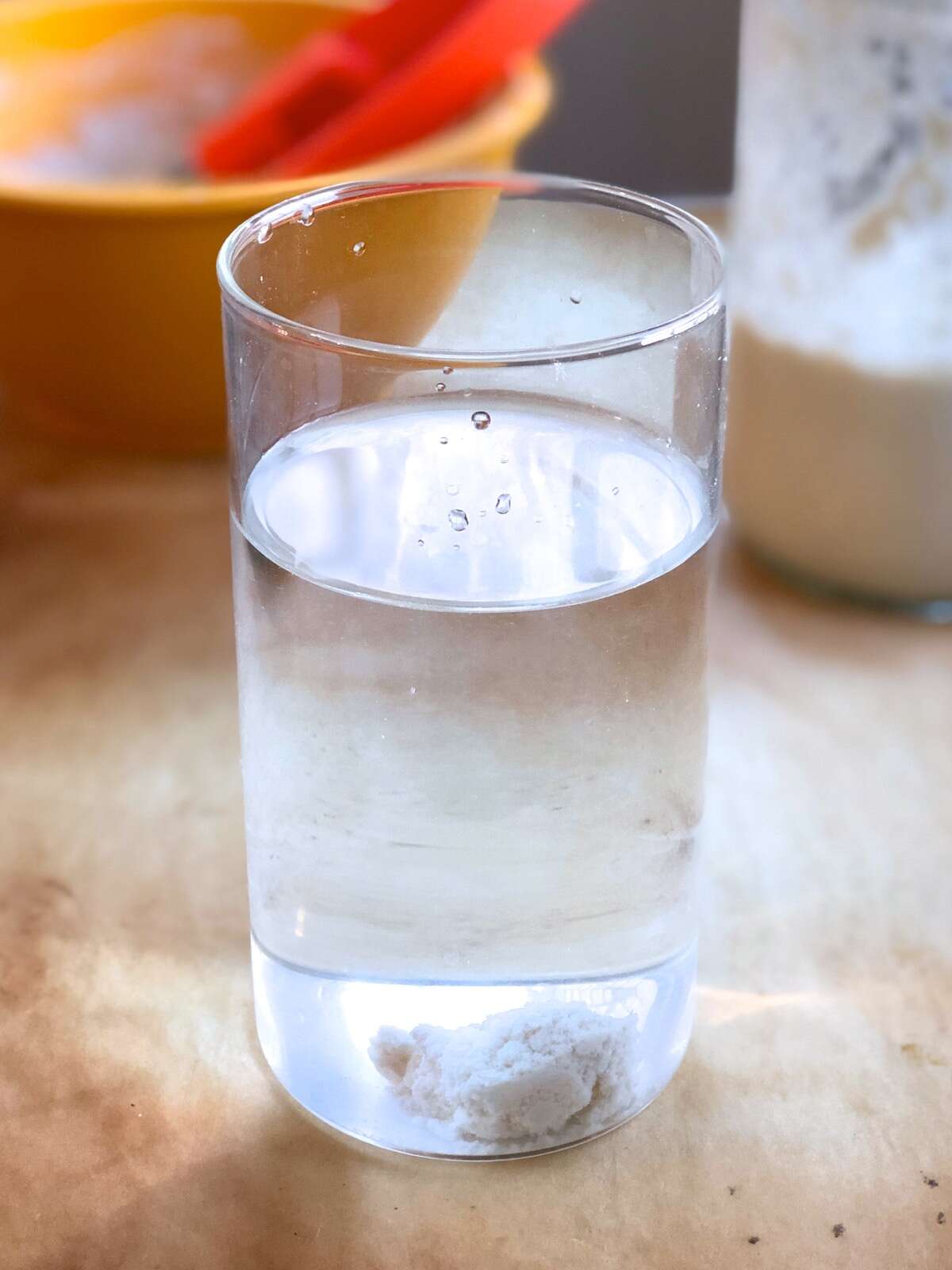 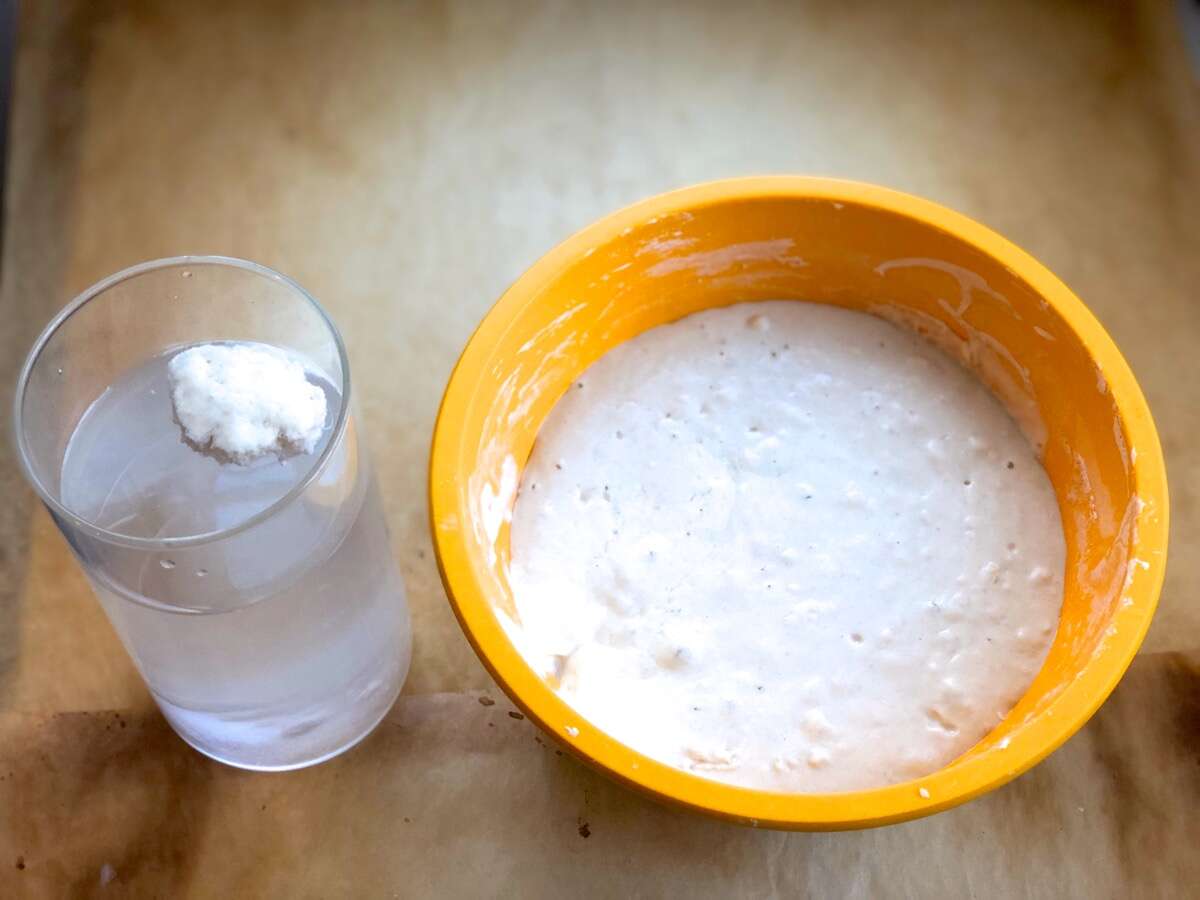 After taking my starter out of the refrigerator, letting it sit out for at least 30 minutes and then feeding it, it will more than double in bulk in about 2 plus hours. It does the float test and makes wonderful bread. I also have a recipe that says to use un proofed sourdough starter. What would be the reason for this and does this mean to use it before it rises? Thanks

Hi Paula, recipes that call for unfed or discard starter use the starter for flavor rather than for its leavening abilities most of the time.

Be deduction, in order for the densities to be equal or less than water, it would have to increase in volume by at least 82%, or just shy of doubling in size.
Since most semi-serious bakers will have starters that almost triple in size, i would assume that just shy if doubling isn't quite ready yet. That goes well with your experiment where you said the starter would need a few more hours.

Not sure what to make of the float test. My starter is very energetic, doubles in volume after four to eight hours (depending on the temperature and time of year), and usually produces magnificent loaves.

But the ripe starter has never floated! It immediately sinks to the bottom of the glass and starts dissolving!

Hi Alan, I'd recommend ignoring the float test entirely and just go off of the volume your starter gains to judge when it's ready to bake with. The float test, as this blog explains, isn't reliable with a starter of this hydration and is more useful when judging the ripeness of a stiff starter.

KAF, please stop perpetuating the myth of the float test. Whether your starter floats or not has nothing to do with the PPM of Lactobacillus and wild yeasts or quality of bread that it will result in. Additionally, you might have a starter that is tripling in height, but is at or past peak fermentation and so it will totally collapse when handled (causing it to sink), but still make excellent bread. Also, for storage, you are much better off with placing fully fermented starter in the refrigerator vice feeding, as the PH is lower and alcohol content is higher in fully fermented starter, making it less likely to start growing other microorganisms such as mold. Also the starches will be mostly consumed, making it less bio-available to other microorganisms.

You didn't even read the article, that much is apparent.

"What are the signs of a perfectly ripe starter? It's very bubbly, and is reliably doubling in size within 6 to 8 hours of feeding. "

I've read this rule of thumb (double in ~6h) in several places now, but does it not also depend on temperature ?
It is often suggested to keep the starter between 70F and 75F. So, should a healthy starter double in 6 to 8 hours at the lower end of that range at 70F the same way it does at 75F ?

Hi there, Nicolas! While the room temperature will have a bit of an impact on how fast the starter ripens, a healthy starter will likely still double in size within 6 to 8 hours even in a cooler room. If your starter is very active and your kitchen is warmer (up around 75°F), it'll become ripe faster so you'll want to keep an eye on it. We hope this helps to clarify and happy baking!

I'm not sure about this flaot test any more, my starter is quite active bubble wise but sinks in water however the loaves come out beautifully.