How to make the best pie crust

Do you suffer from pie crust phobia? If so, you’re not alone; plenty of otherwise confident bakers find themselves furtively hustling a folded ready-made crust out of the supermarket freezer case into their shopping cart. But life doesn’t have to be that way; you can make the best pie crust ever by following these simple steps: 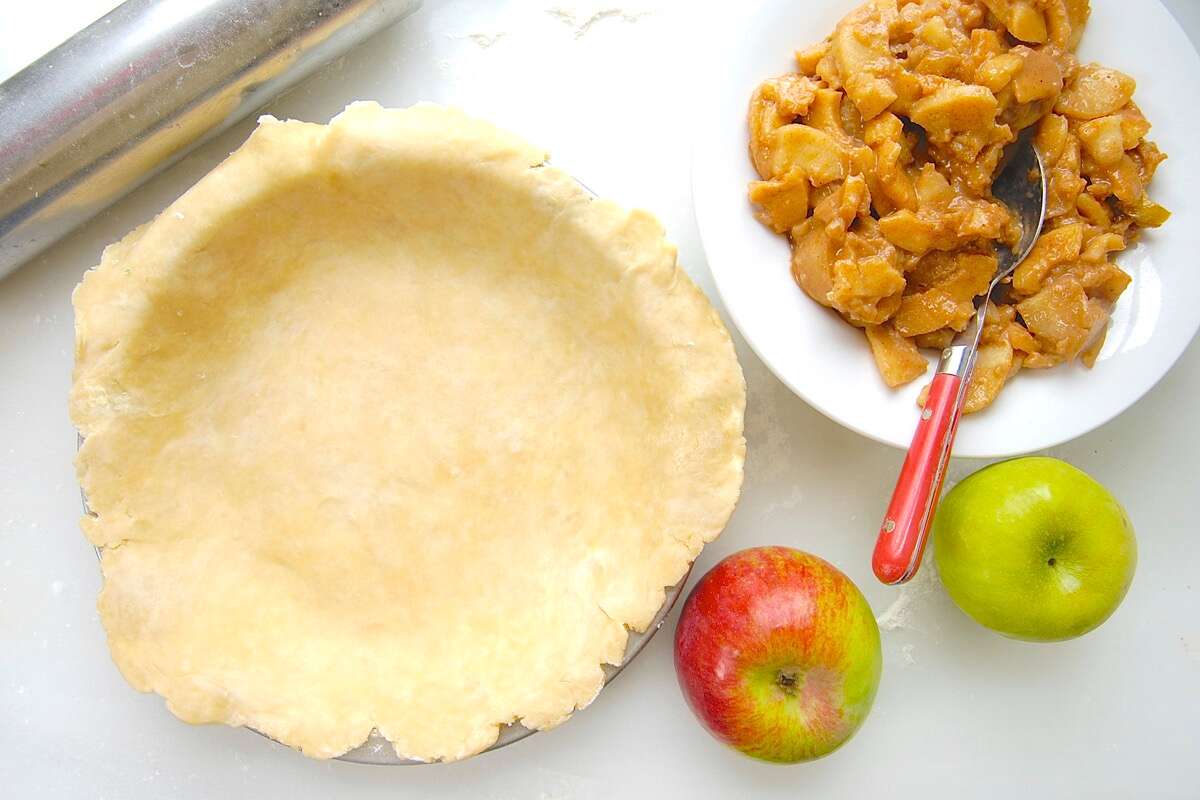 We’ve written plenty about pie crust technique; our Perfect Pie Crust guide is a wealth of practical information, including links to foolproof recipes.

What I want to emphasize here is the importance of your ingredients: specifically flour, salt, fat, and liquid. Choosing those four ingredients wisely will lead to consistently great pie crust. 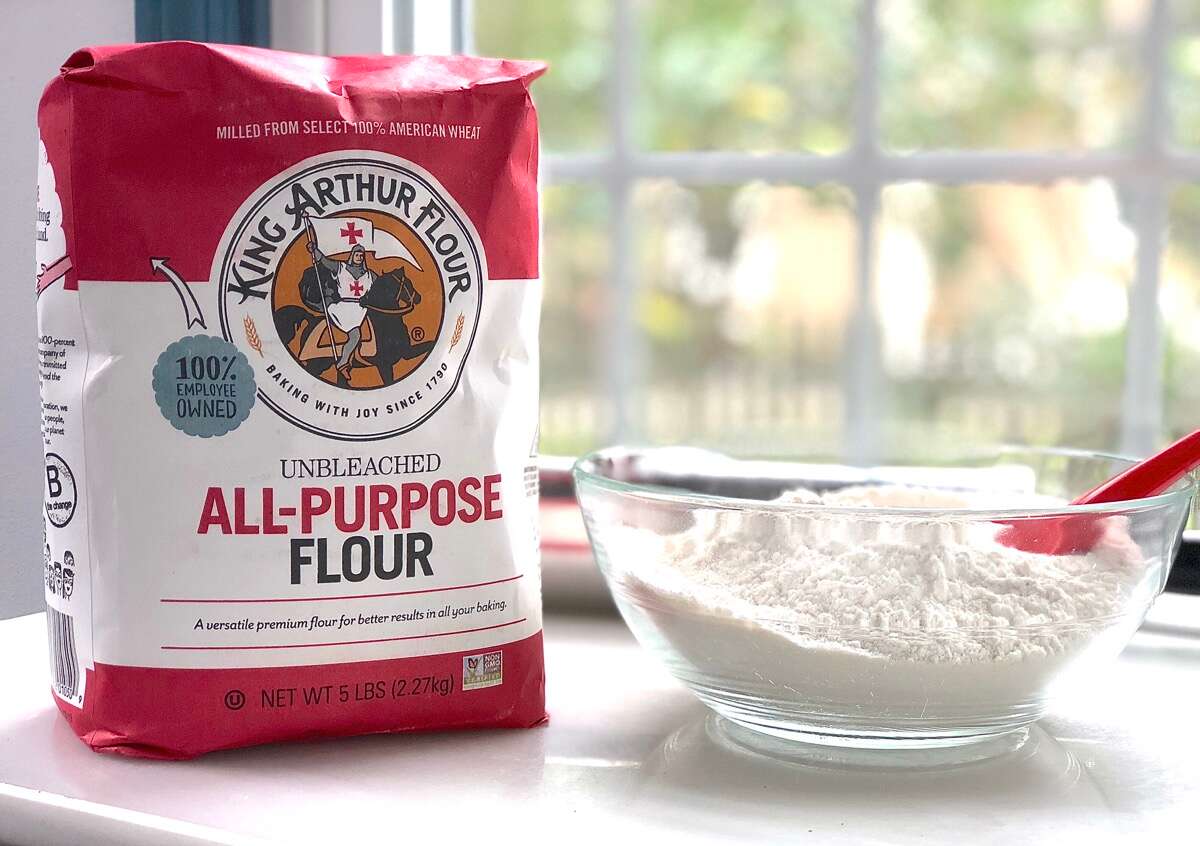 1. Flour: It's all about the protein

What kind of flour makes the best pie crust?

Well, not high-protein bread flour! Use that for your chewy bagels. What you want for pie is flour that yields a tender, flaky crust, which means medium-protein all-purpose flour or low-protein pastry flour. 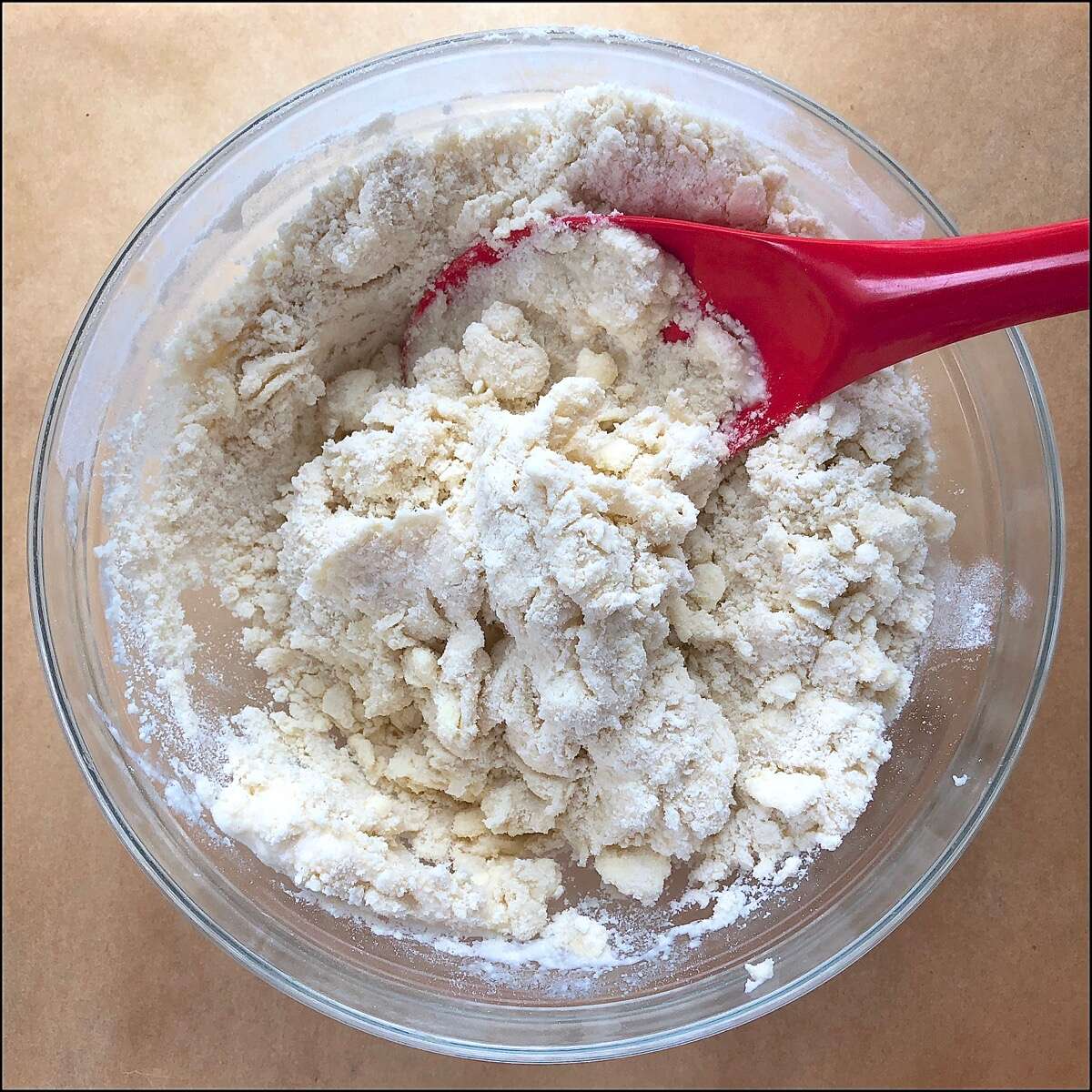 What does protein have to do with it?

When you add water to flour some of its protein turns into gluten, an elastic substance that gives baked goods the structure they need to hold together (and to rise when appropriate). The higher the protein level, the stronger the structure.

Strong structure in yeast bread translates to high-rising; but in pie crust, strong structure can be perceived as tough — the last attribute you want applied to your apple pie. So stick to flour with a medium-to-low percentage of protein, which means all-purpose flour (11.7% protein), pastry flour blend (10.3%) or pastry flour (8.0%). 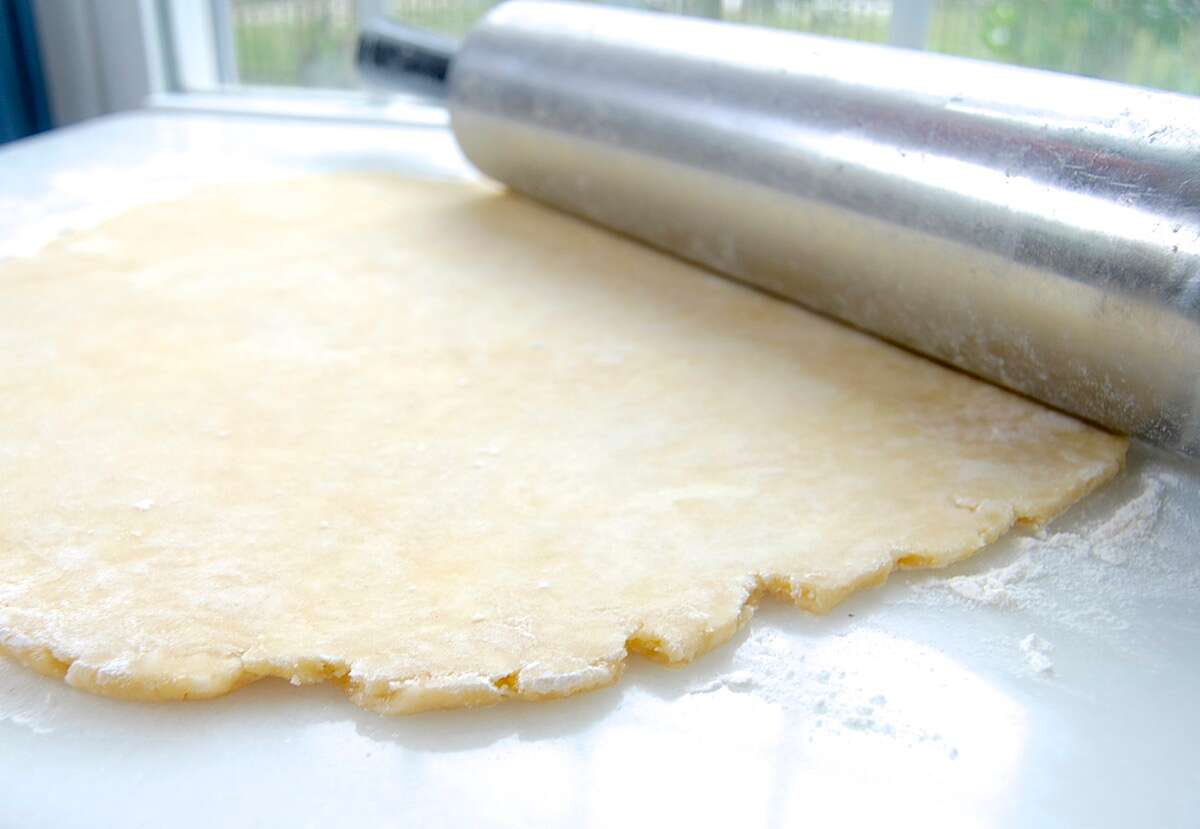 Does the flour with the lowest protein make the best pie crust?

Not necessarily. Yes, you can make tender, flaky pie crust with pastry flour. But it can be a bit of a challenge, particularly for those uncertain of their pie crust skills. Pastry flour pie crust is harder to roll without cracking, and can split apart at the seams while the pie is baking.

That’s why I choose all-purpose flour for my pie crust. The dough is easier to roll out and move around and, despite it slightly higher protein, the crust is wonderfully flaky. In my book, the ease of an all-purpose flour crust trumps the marginal added tenderness of a pastry flour crust. 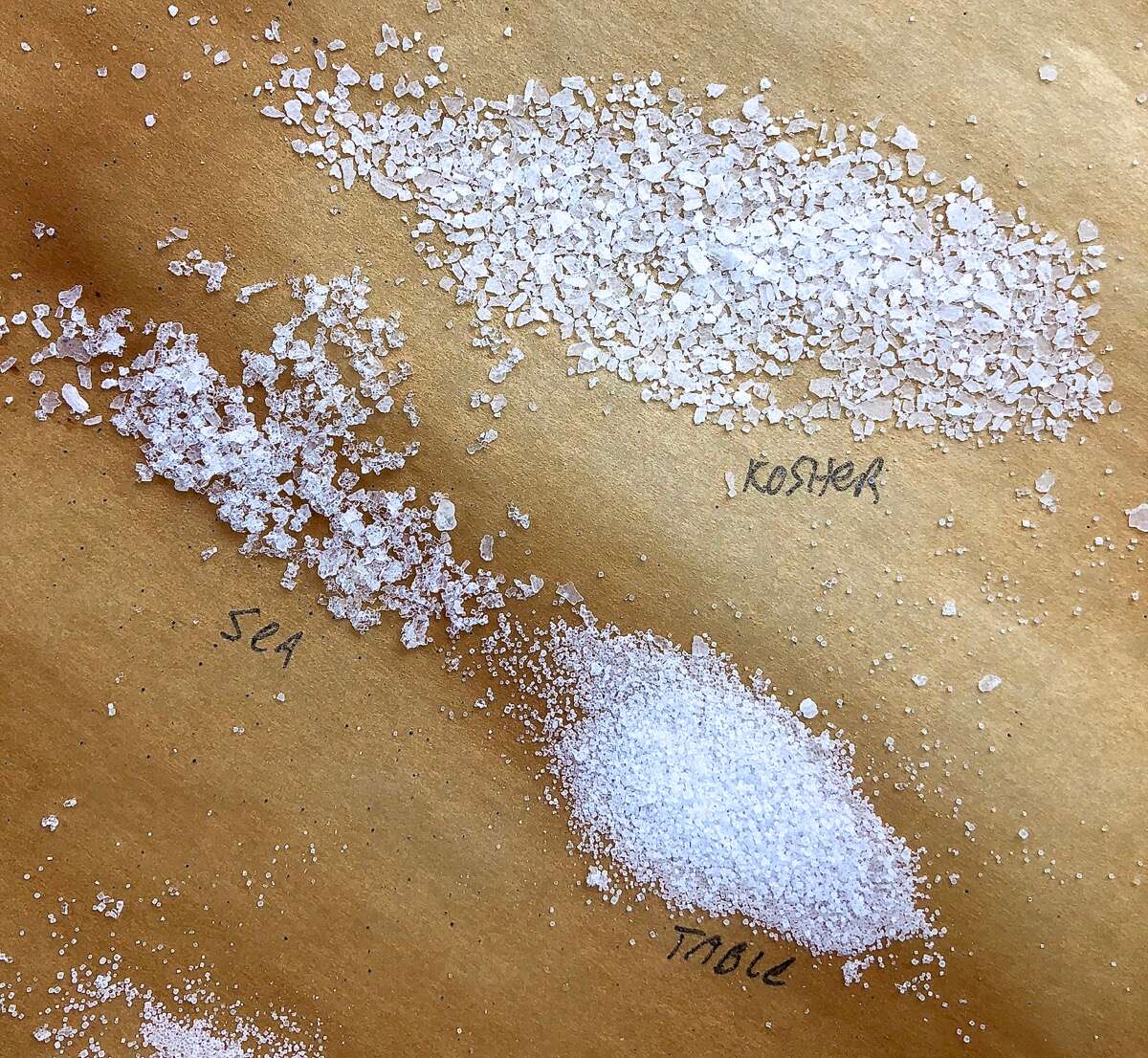 Salt adds flavor to pie crust. Leave out the salt and, unless you’re used to following a salt-free diet, the crust will taste like cardboard.

I find that when using unsalted butter and/or shortening in your crust, about 1/2 teaspoon salt per cup of flour is just perfect. If you're using salted butter, reduce the amount of added salt in your crust by 1/4 teaspoon for each 8 tablespoons (1/2 cup) of butter in the recipe.

Since pie crust dough has very little liquid, choose table salt or fine salt. Their finer crystals will disperse more evenly throughout the dough despite the lack of water to dissolve them. 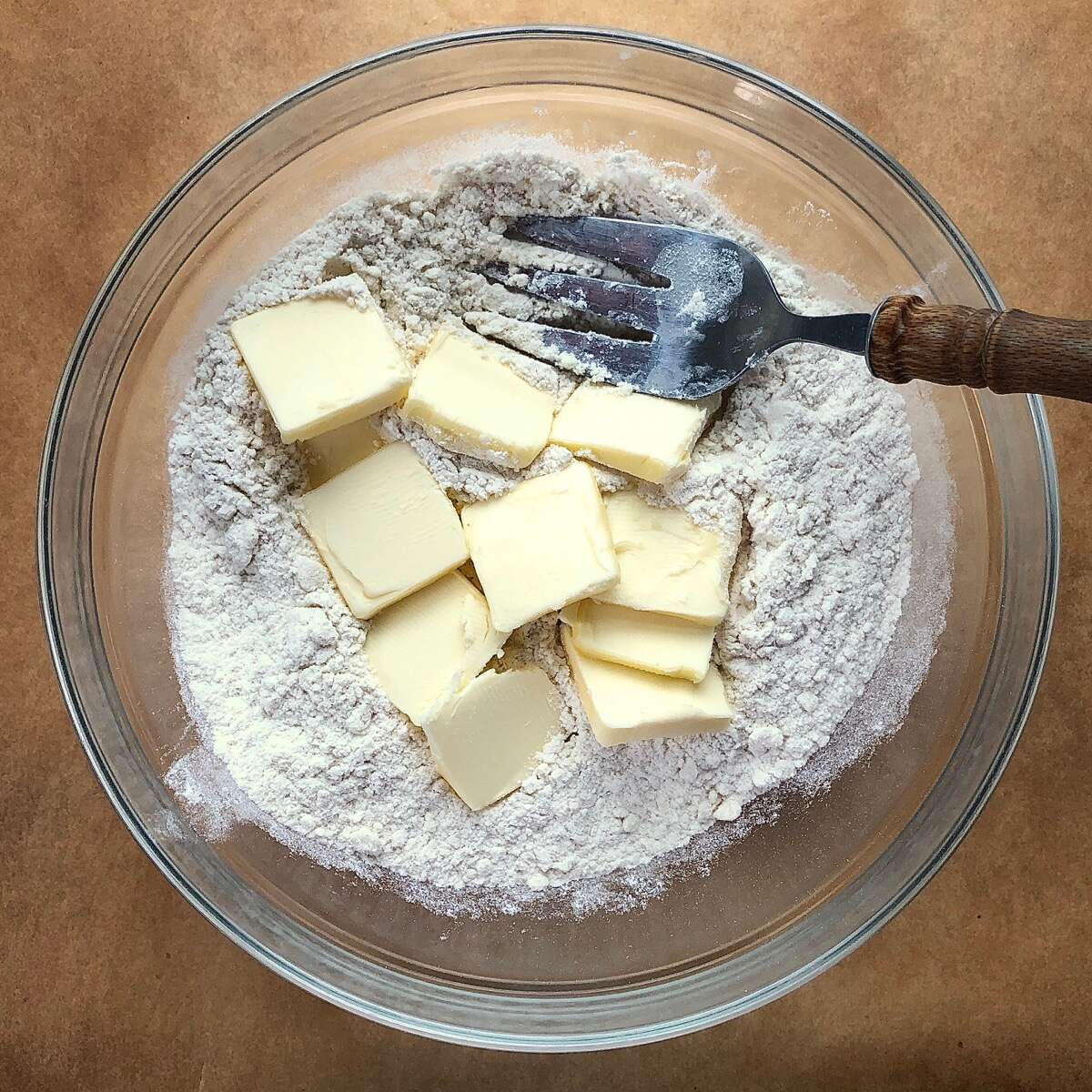 Some of you love lard in pie crust. Others use liquid vegetable oil. There are those who swear by their grandma’s Crisco crust — and other bakers who eschew solid vegetable shortening for health reasons. Many people love an all-butter crust. And then there’s coconut oil … So many choices!

The best fat for pie crust? All will work, so it’s flavor preference and your own dietary choices. I alternate between an all-butter crust and one that’s part vegetable shortening, part butter. 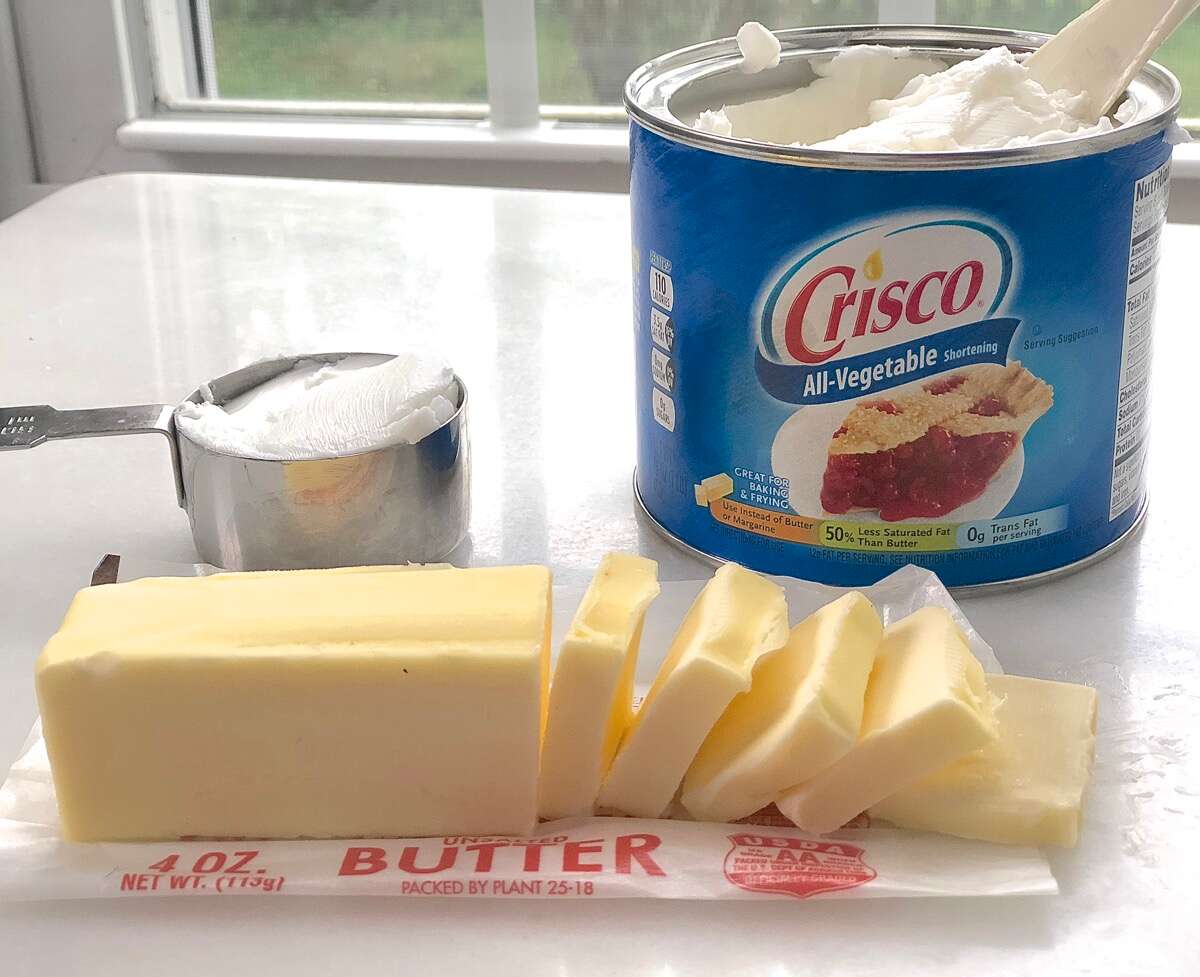 Why the combination? Butter is a major flavor enhancer, but its low melting point can be an issue. Shortening, with its higher melting point, adds stability to a baking pie crust.

If you have trouble with your crust slipping down the sides of the pan, or if your carefully fashioned crimp around the edge melts and puddles, blame butter. A combination of butter and shortening yields the best qualities of each: flavor and baking stability. 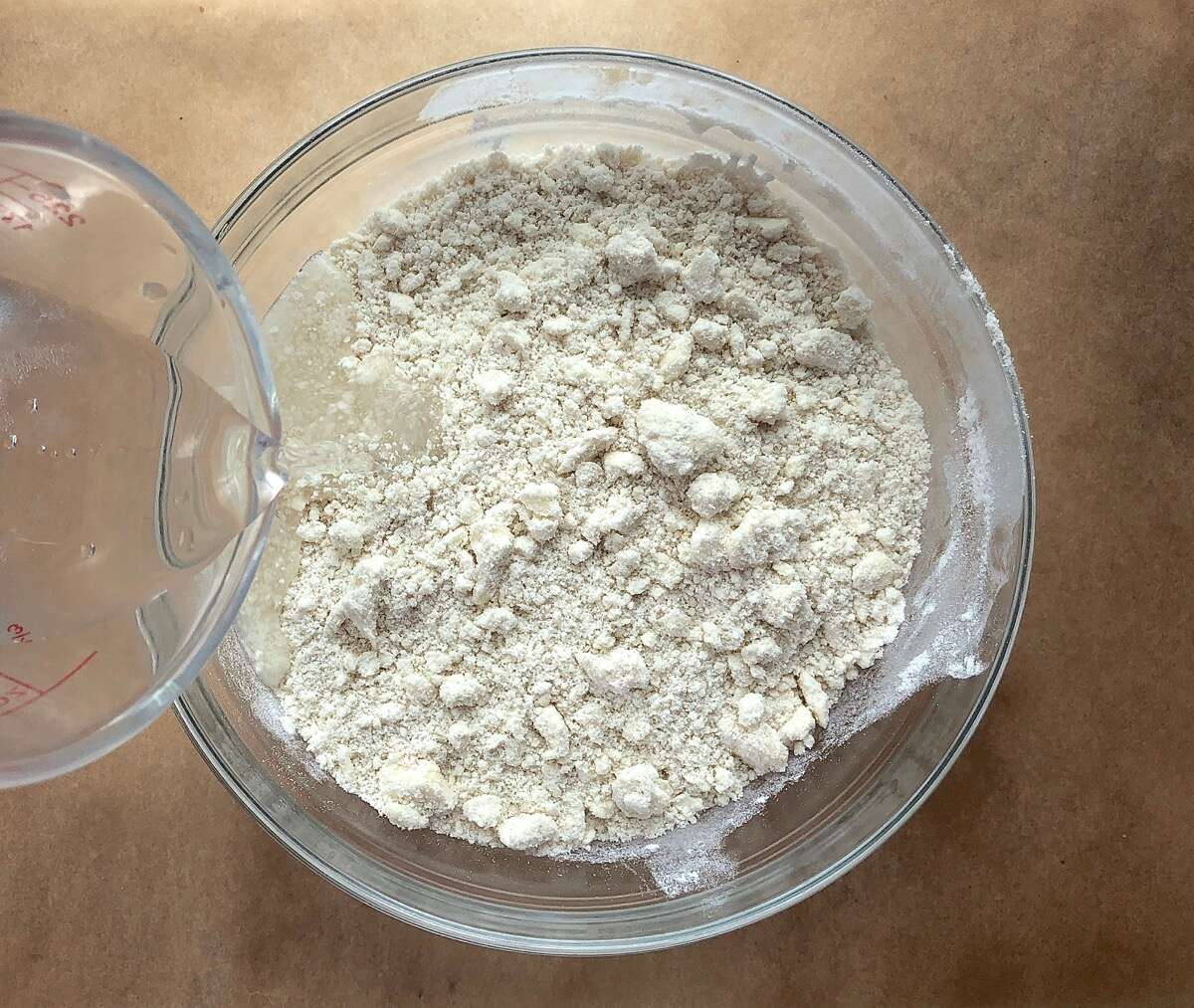 4. Liquid: The ultimate key to texture

As mentioned before, liquid + the protein in flour = gluten. And once that gluten forms, working it — by mixing the pie crust dough, then rolling it out — increases gluten’s strength and decreases the resulting crust’s tenderness.

The best pie crust is a perfect balance between fat, flour, and liquid. Too much fat and the crust may taste greasy and crumble as it bakes. Too much liquid can create extra gluten, leading to tough, chewy crust.

But strike just the right balance — sufficient fat for tenderness without greasiness, and just enough liquid to hold everything together — and you’ve struck pie crust gold. 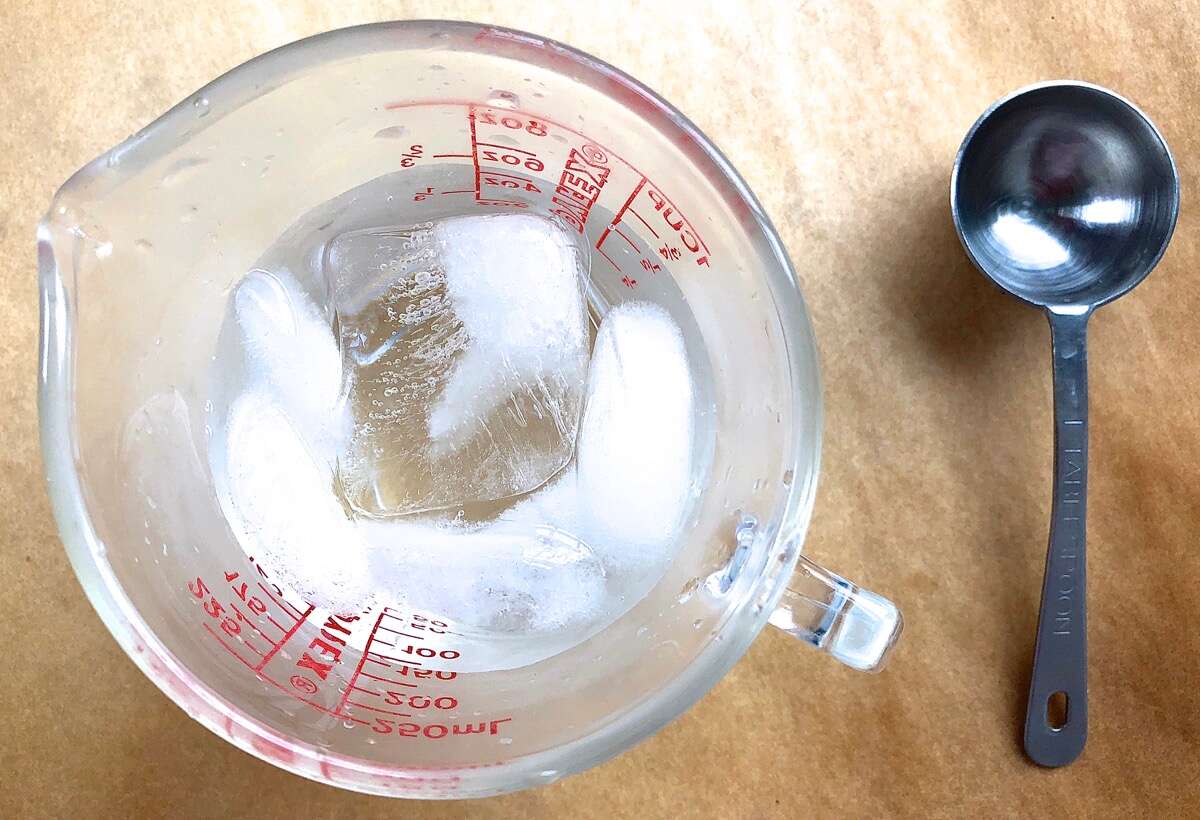 Some bakers use milk or buttermilk in their pie crust. Thanks to their milk solids, both will help crust brown and add a bit of tenderness.

But the classic liquid in pie crust is water — ice water, to be precise.

Why ice water? Ice water keeps the bits of fat in the dough cold and intact (rather than melted and dispersed). This creates little pockets of fat that, as the pie bakes, gradually melt and form tiny caverns in the crust — which we describe as flakiness. 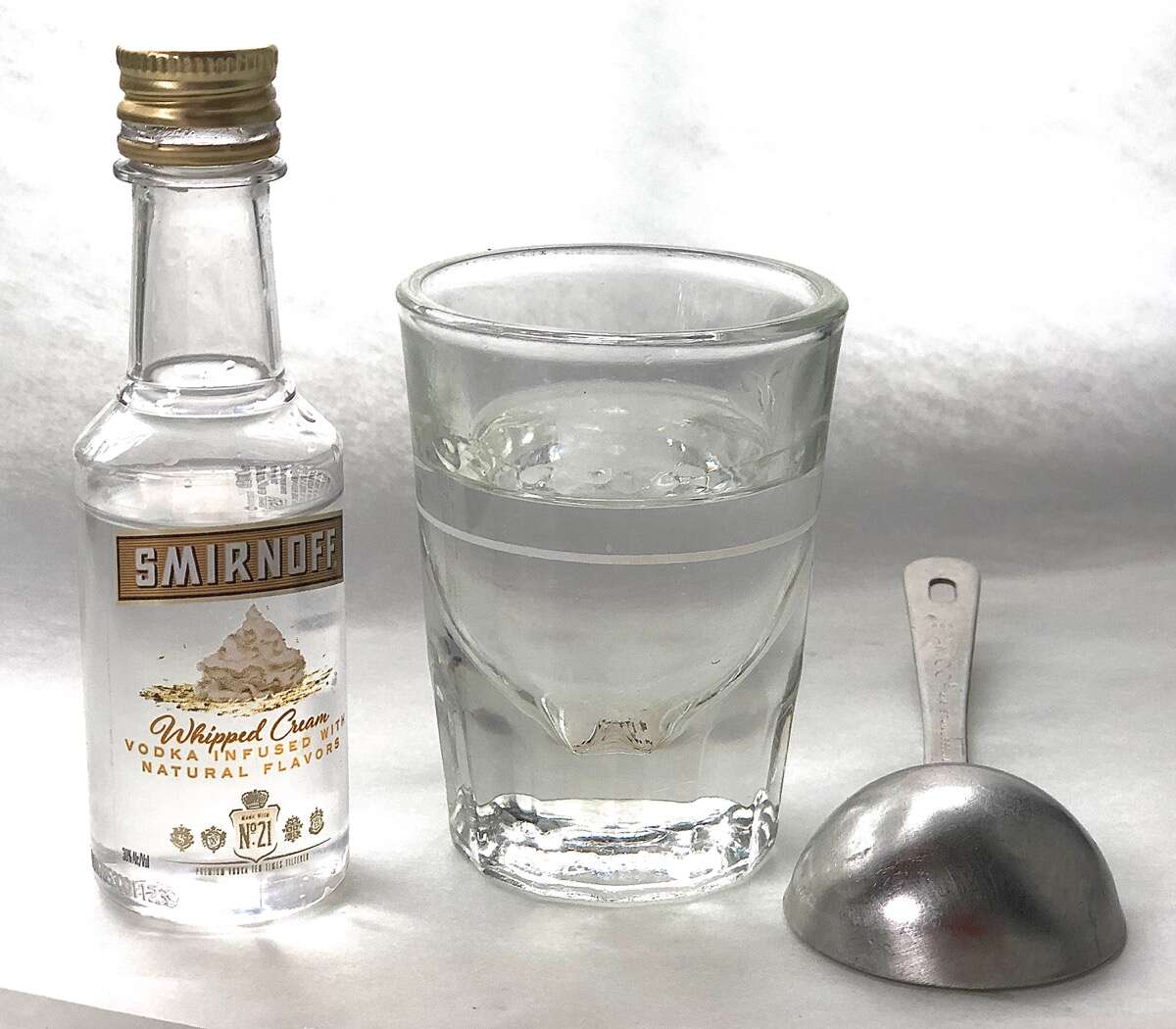 Vodka in pie crust has been a popular substitute for ice water in recent years. Why? It’s said that its lower percentage of water (alcohol is part water, part ethanol) means less gluten development, yielding a more tender crust.

In my experience this is partially true; using vodka in pie crust makes a soft, silky dough that’s lovely to roll out. But the resulting crust isn’t any more tender or flaky than an ice water crust.

And crust whose liquid is 100% vodka can border on being too tender, since less of its gluten has been activated. An all-vodka crust (especially one made with higher-proof vodka) can occasionally fall apart as you move it from countertop to pie pan. 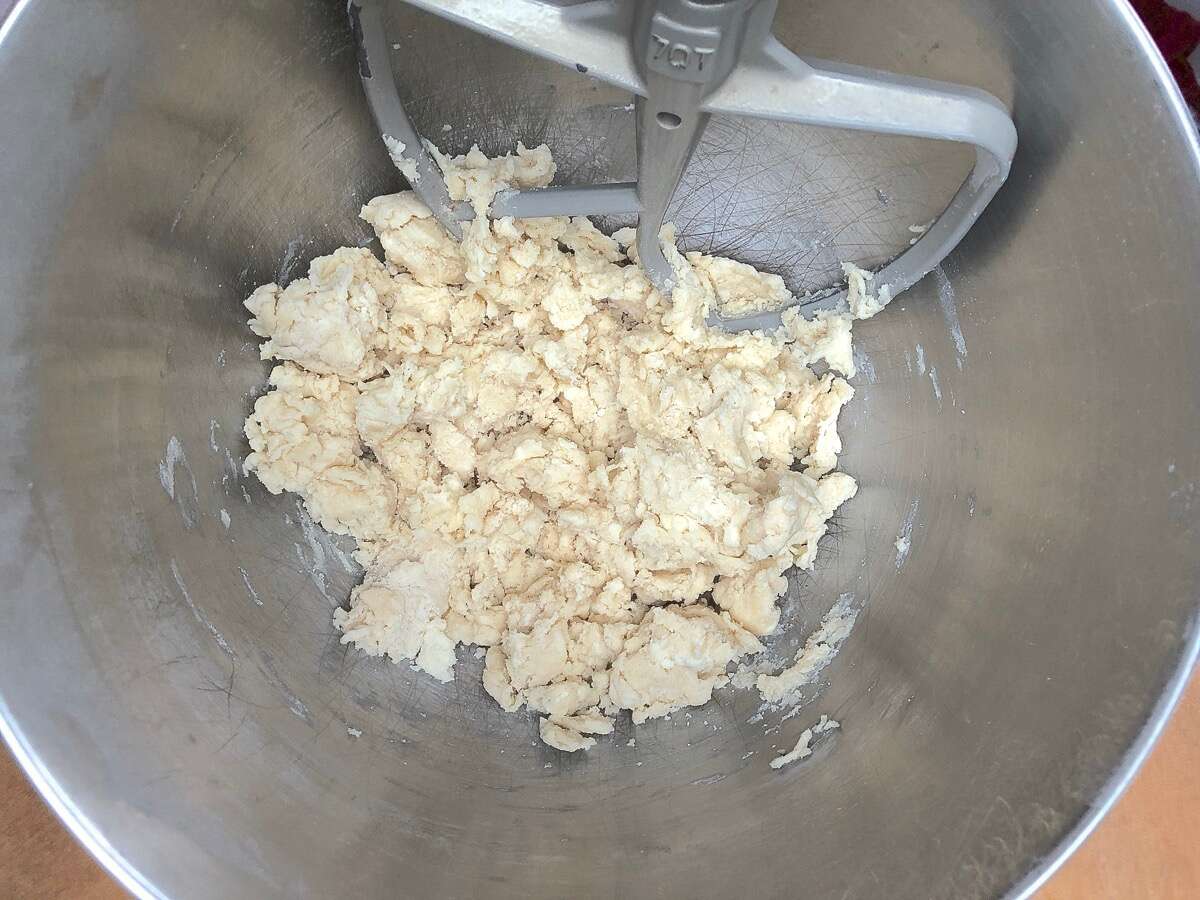 Less is more: The less liquid you add to pie crust dough (within reason), the more tender it will be.

Here’s my preferred way to add just enough liquid to pie crust. I typically make our Classic Double Pie Crust recipe (because if you’re making pie crust, you might as well make a double — you can always freeze one for later).

Once the fat, flour, and salt have been combined in my stand mixer (yes, my stand mixer; it’s easy and effective for making pie crust), I add a “nip” of vodka. You know, one of those little 50-ml. bottles.

When the vodka is thoroughly dispersed, I dribble in ice water just until the dough starts to come together. And I mean just enough water. Watch carefully as you stir; when the dough starts to clump, and you grab a handful and squeeze it and it doesn’t crumble into pieces, stop adding water. 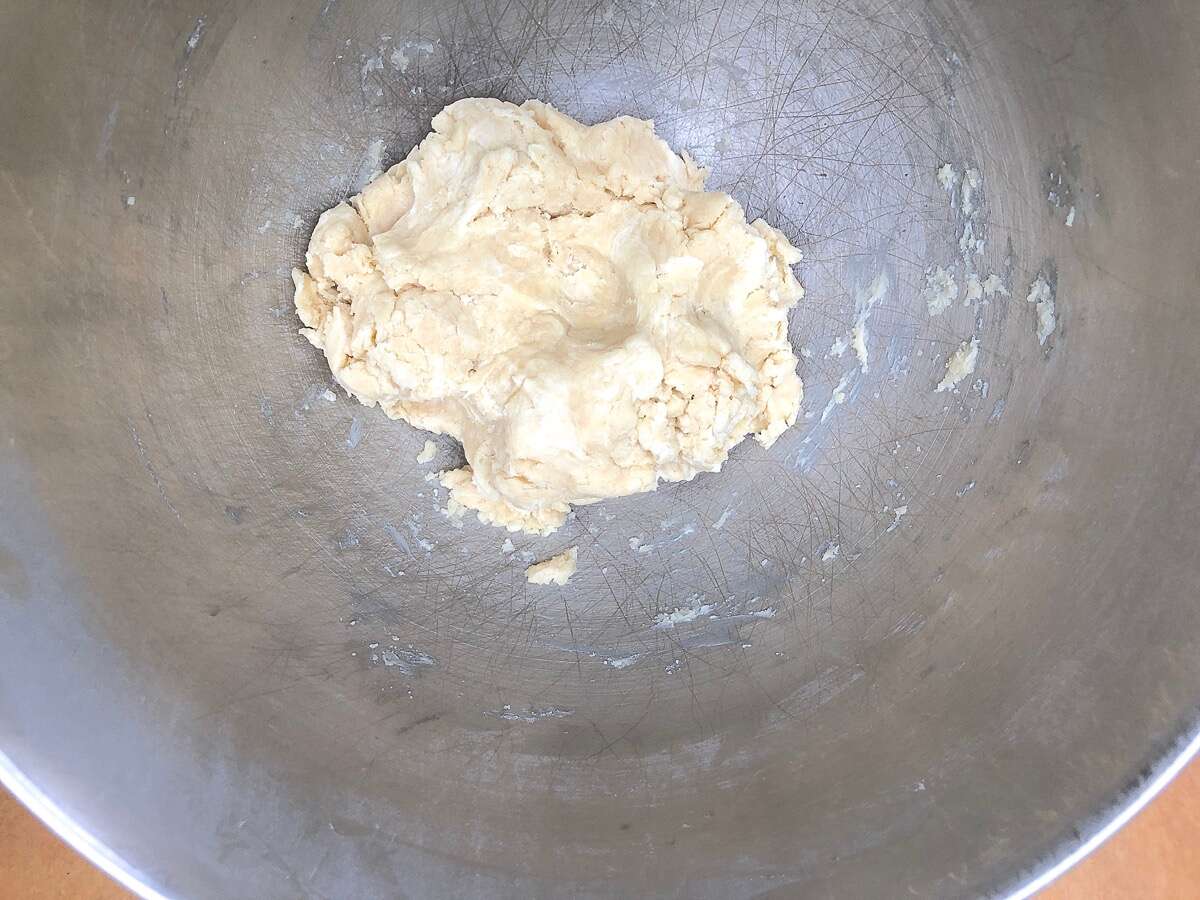 Gather the dough into a ball. 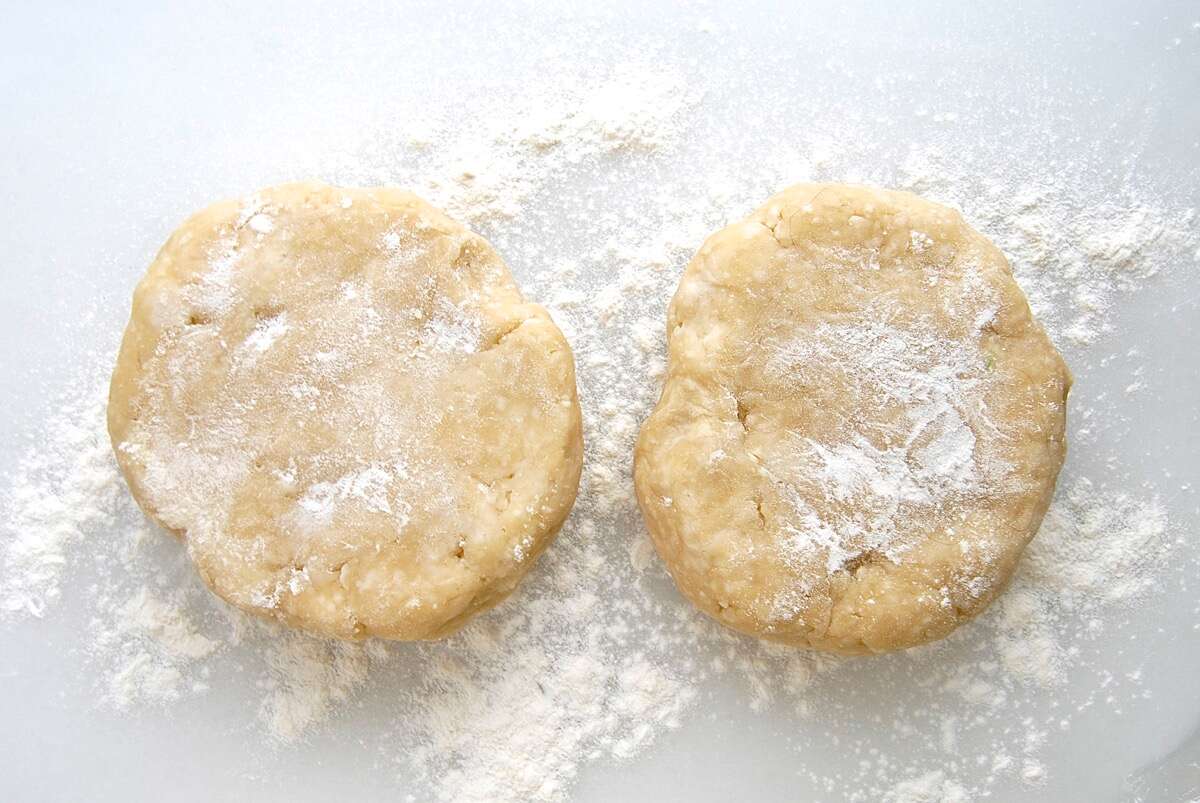 Divide it in half, and flatten each half into a hockey puck-like disk.

That’s it. You’re done. You’ve just made the best pie crust for apple pie, pumpkin pie, [name your favorite] pie. Given correct handling (and you can check our pie crust guide for tips), your crust will be tender and flaky, golden brown and flavorful.

How to make the best pie crust: your takeaways 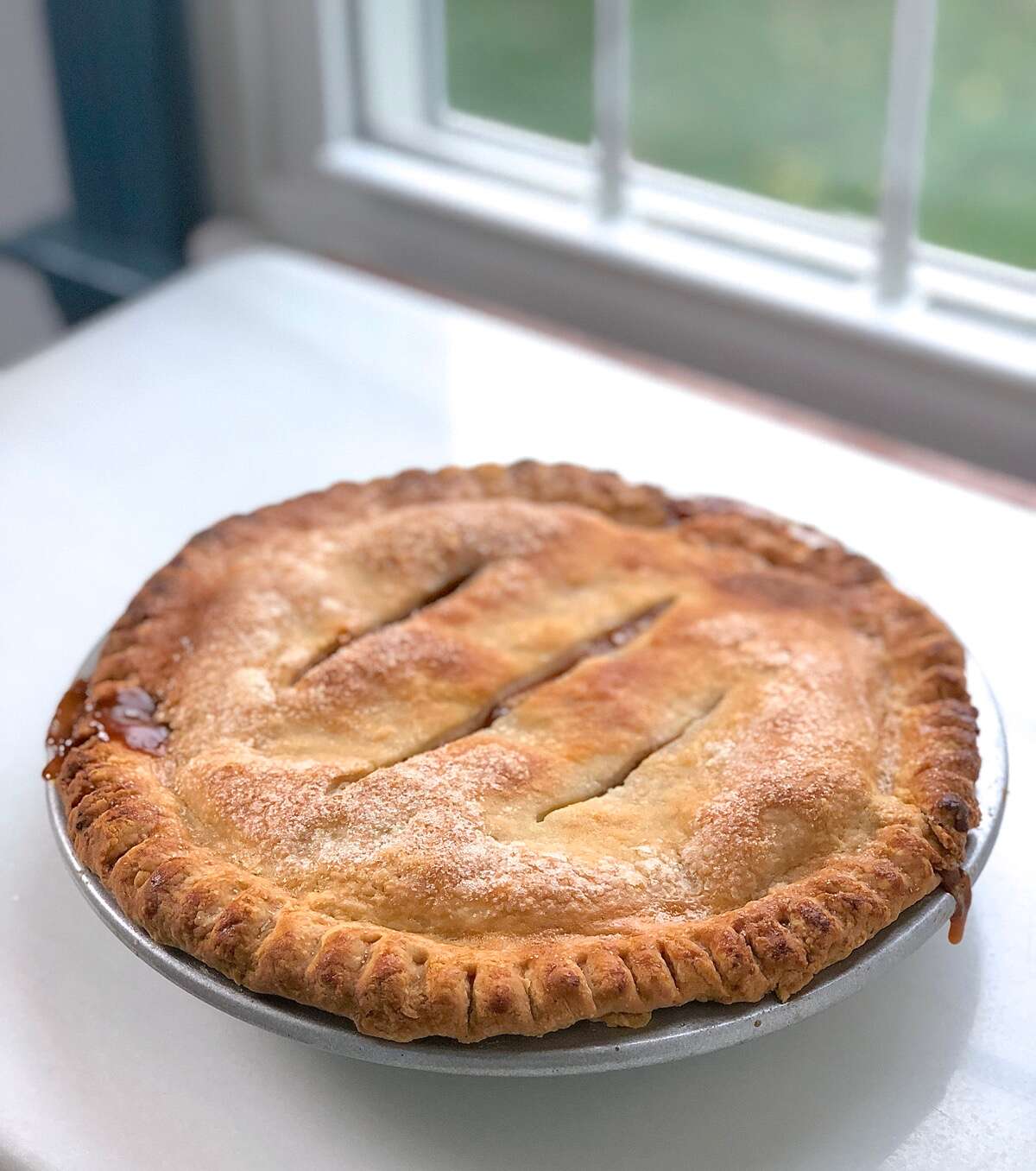 Still doubtful? Gather your ingredients and give our Classic Double Pie Crust a try. I doubt you’ll be heading back to the supermarket freezer case anytime soon!

Jennifer, I always say, use what works best for you in your own kitchen — no baking police! While we haven't seen vinegar making any difference in our tests, some people feel it tenderizes crust; and egg adds richness and color. There's more than one path to pie crust success, that's for sure! PJH@KAF
I have always made my own pie crust. I add lemon juice to my ice water before adding it to my flour mixture. Always turns out very flakey and tender.
Do you have the perfect recipe for gluten-free pie crust? I’ve arrived that stage in my life. 😟
There are several paths to a tasty gluten-free pie crust, Jeanne. Use our Measure for Measure Flour as a 1:1 sub for the AP flour called for in your favorite conventional pie crust recipe; or use our Gluten-Free All-Purpose Flour in a designed-to-be gluten-free recipe like this. Or perhaps simplest of all, pick up a box of our GF Pie Crust Mix: Whichever you choose, we wish you happy GF baking! Annabelle@KAF
My crust always falls a part, I can’t even get it in the pie plate. It doesn’t seem to matter if I use less/more water, so frustrating!!
We're here to help, Cheryl! Pie crusts can be difficult to move if they're made with a lower protein flour such as pastry flour. Using a medium/high protein flour such as all-purpose, the gluten that develops is a bit stronger and more elastic — making it easier to transport. We encourage you to watch our video on how to make pie crust so it's easy to move. We hope it helps! Kindly, Annabelle@KAF
How do I get the bottom of my crust done when making a pie that calls for uncooked crust? When I make a fruit pie or like a pumpkin, pecan etc the bottom stay a bit chewy or lie it is uncooked.
Oh boy, have we got the perfect blog for you, Robin. Last fall we shared an article all about how to prevent any soggy pie bottoms. The keys are using the right pan, baking at a high temperature, baking at the bottom of the oven, and making sure there's enough thickener — the last for fruit pies more than custard pies. We hope this helps! Annabelle@KAF
Question: Why does my piecrust shrink down the sides when I prebake? I do refrigerate the piecrust in the pan 30 minutes before I prebake? I use an all butter recipe and KA AP flour. I do use a food processor to make the dough....have for years.
Pie crust sometimes shrinks in the pan for a number of reasons, but the most common causes are over-working the dough and/or not letting it rest before baking. Try folding the dough over onto itself a few times to incorporate the butter and the liquid rather than kneading or mixing vigorously. (We provide a step-by-step demonstration of this process in this article on our blog: Flaky, tender pie crust.) It's also important to let the pie crust chill in the fridge for about a half hour (at minimum) before baking. This allows the gluten to relax, which will prevent it from shrinking in the oven. Check out more tips like this in our full guide to blind baking a pie crust perfectly. Don't overwork, chill the dough, and be sure to use a high-quality flour like King Arthur All-Purpose so it'll be sure to hold its shape. Good luck and happy baking! Kye@KAF