How to bake your best scones.

Somewhere between biscuit and muffin, with a delicately crusty exterior and tender, light crumb, American-style scones are part of the morning ritual for many of us. Scones can be a simple vehicle for jam and butter, or they can rise to spectacular heights. But one thing all scones have in common: they're quick and easy to make, and wonderfully tasty — all on their own, or with a cup of tea or coffee. Join us as we show you the simple path to great scones.

This simple recipe for Scones is the perfect blank canvas — light-gold outer crust, moist inner crumb, and versatile enough to accommodate most add-ins. Master the easy steps shown here, and you'll learn important techniques that apply to pretty much every scone recipe.

For the most tender scones, use very cold butter diced into 1/2" chunks. Work the butter into the flour gently but thoroughly with your hands or a pastry blender. For flakier scones, flatten the chunks with your fingers as you go. The finished mixture should be unevenly crumbly, with some of the butter remaining in larger flattened piece.

2. Bring the dough together

Whisk together the eggs, milk, and vanilla, and pour over the dry ingredients. Using a bowl scraper or spatula, quickly but gently fold everything into a cohesive mass (with perhaps a few floury/dry spots). Avoid over-handling, which makes tough scones. 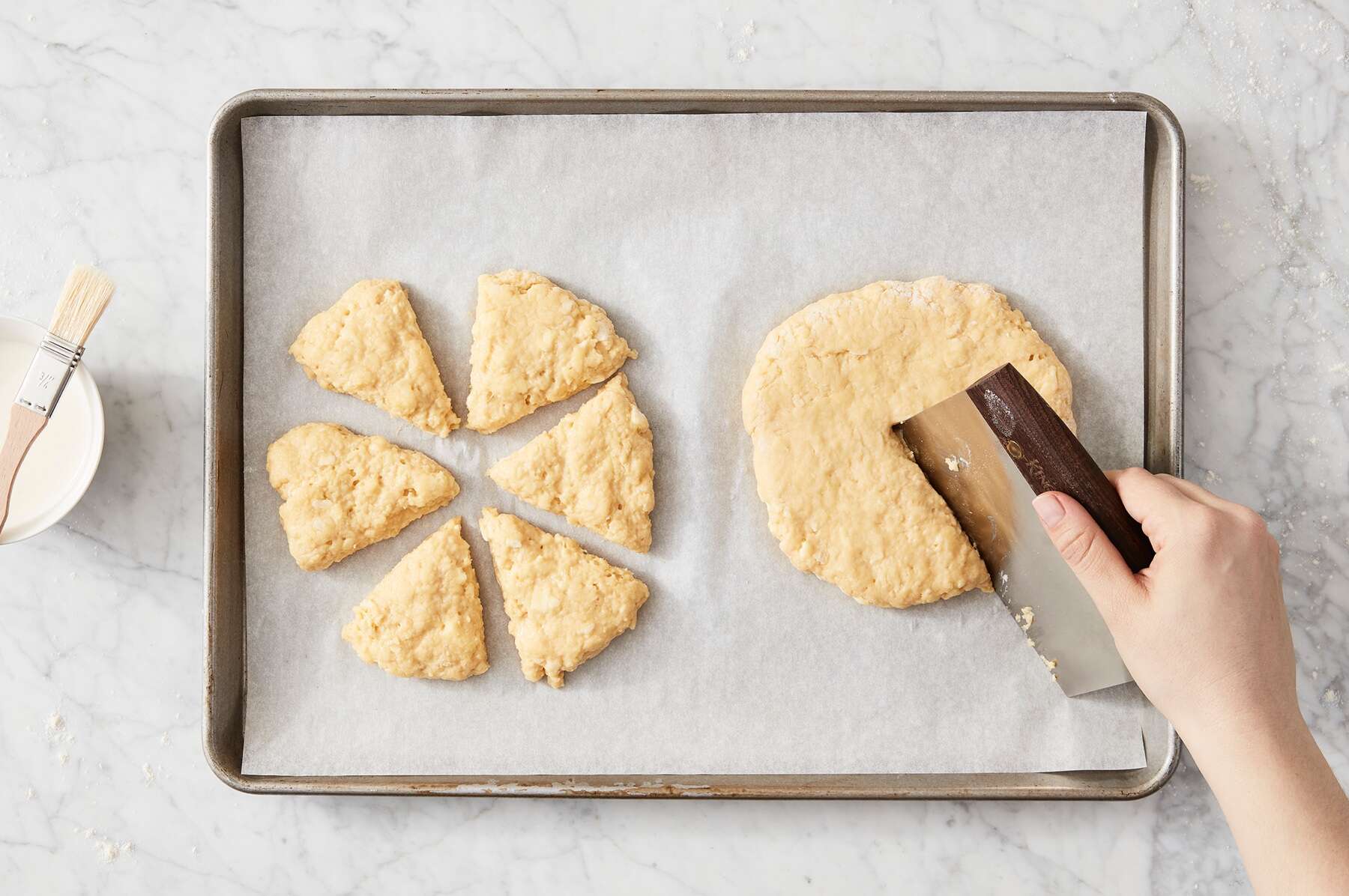 For best browning, brush rounds (or drop scones) with milk or cream before baking. For added crunch and flavor, top with sugar (granulated, turbinado, or sparkling) or cinnamon-sugar. Cut each round into 6 or 8 wedges; a bench knife works well here. For soft-sided scones, leave wedges close together; for crispier scones, separate wedges slightly (about 1" at their outer edge). 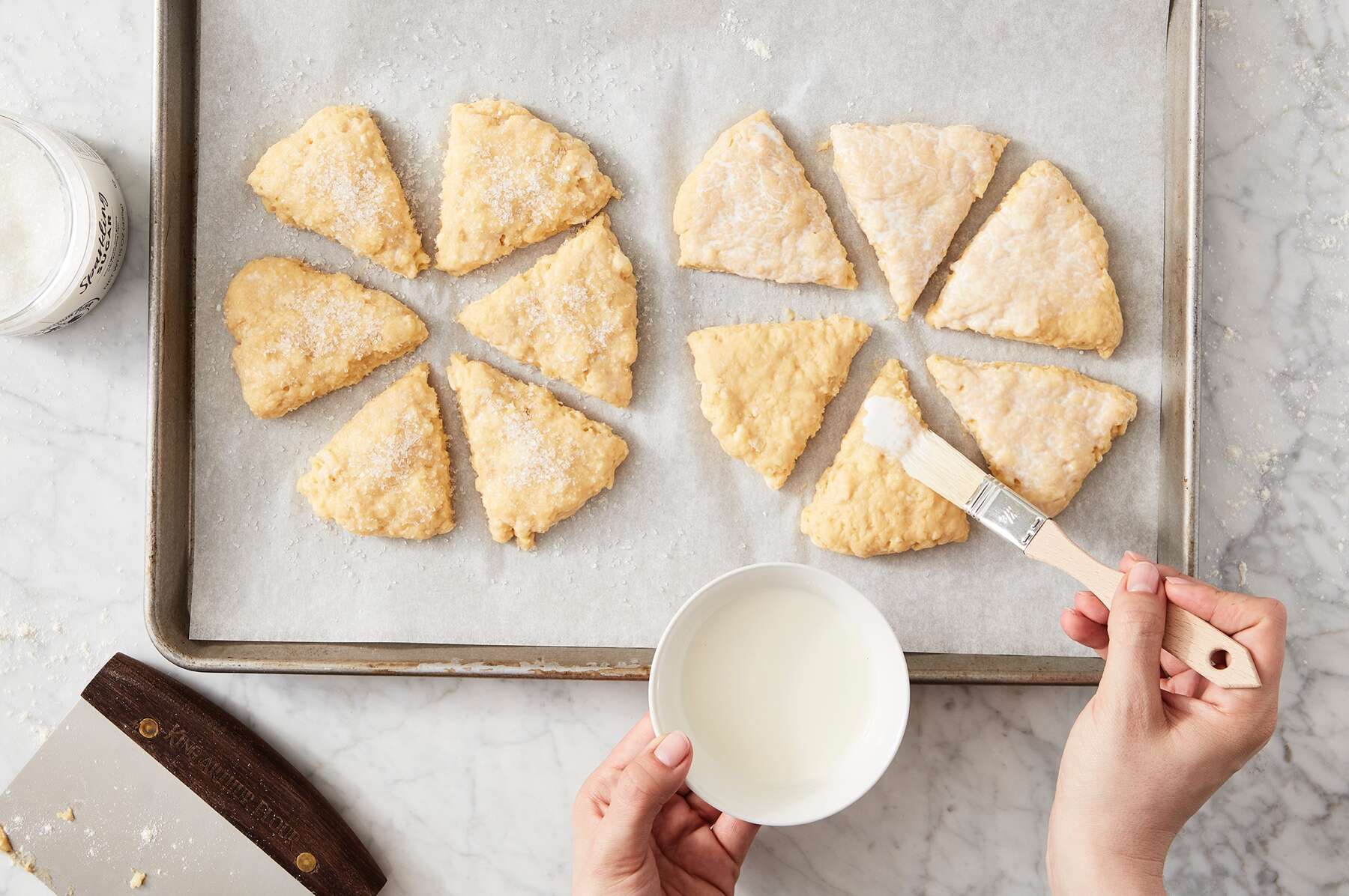 Bake scones in a 425°F oven for 18 to 23 minutes, until they're a very light golden brown. Don't over-bake; dark scones will be dry. Break one open to check for doneness: the interior shouldn't appear doughy or wet, but should feel nicely moist. Remove scones from the oven and serve warm; or cool completely on a rack before topping with any optional glaze. 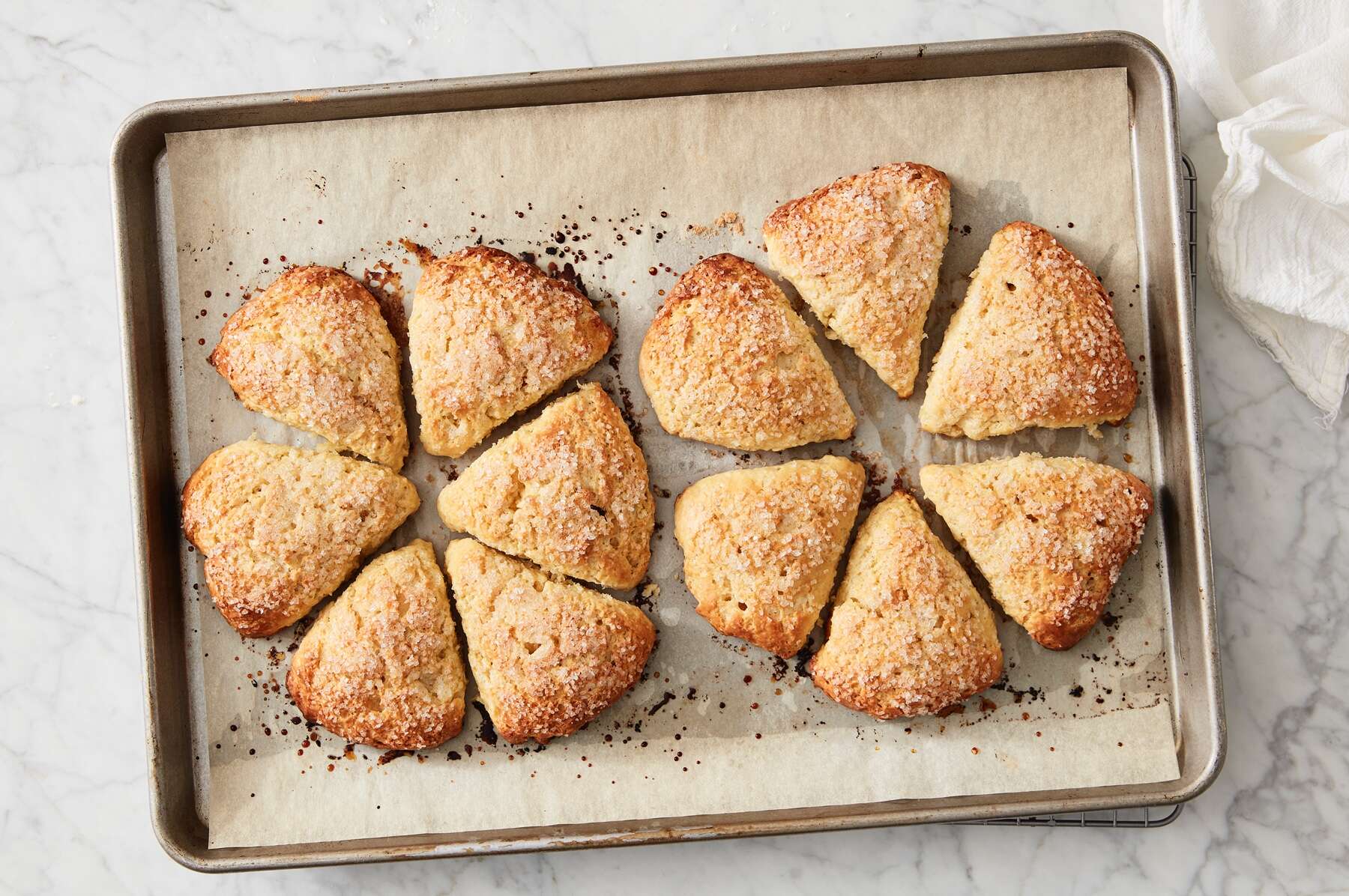 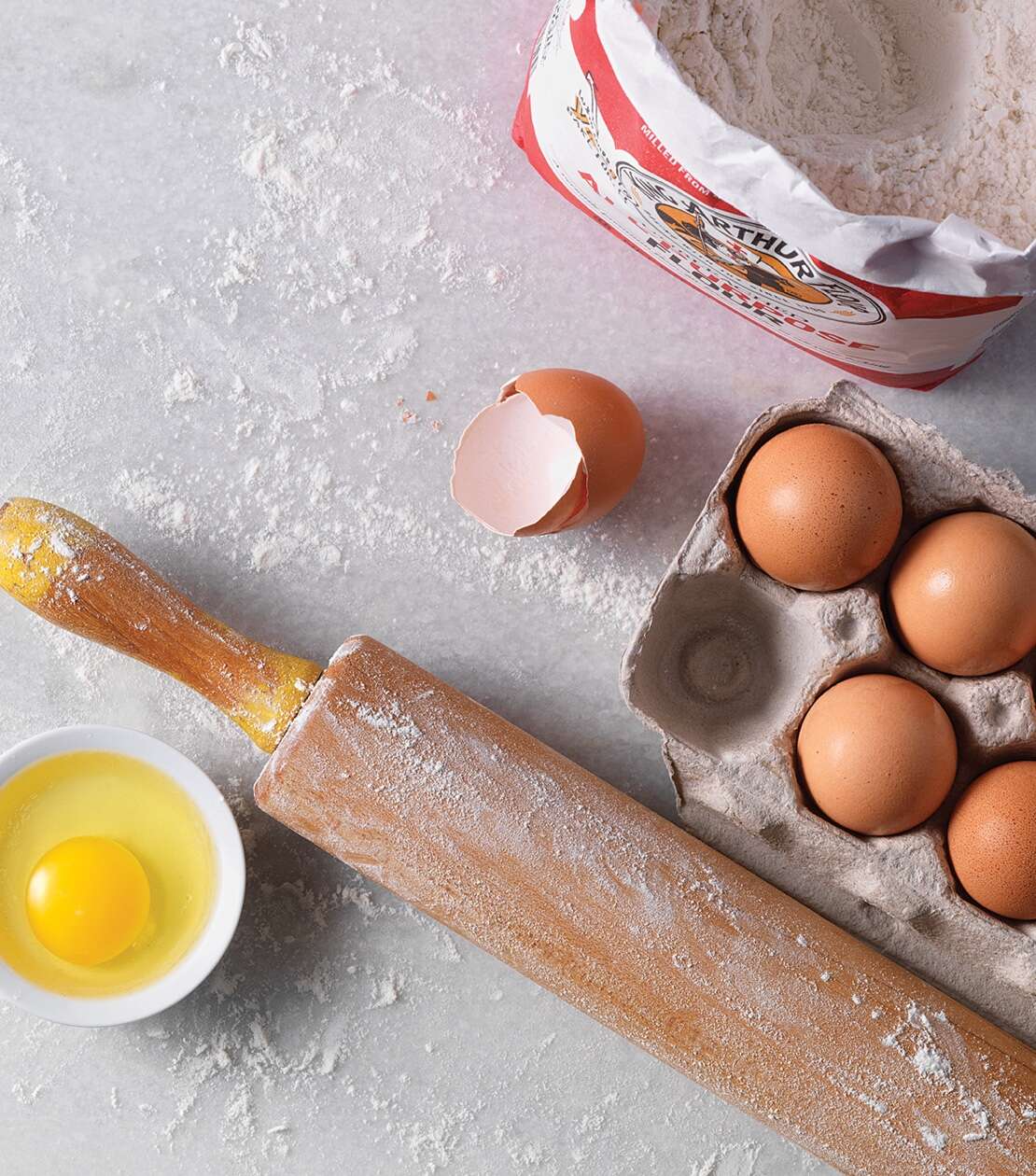 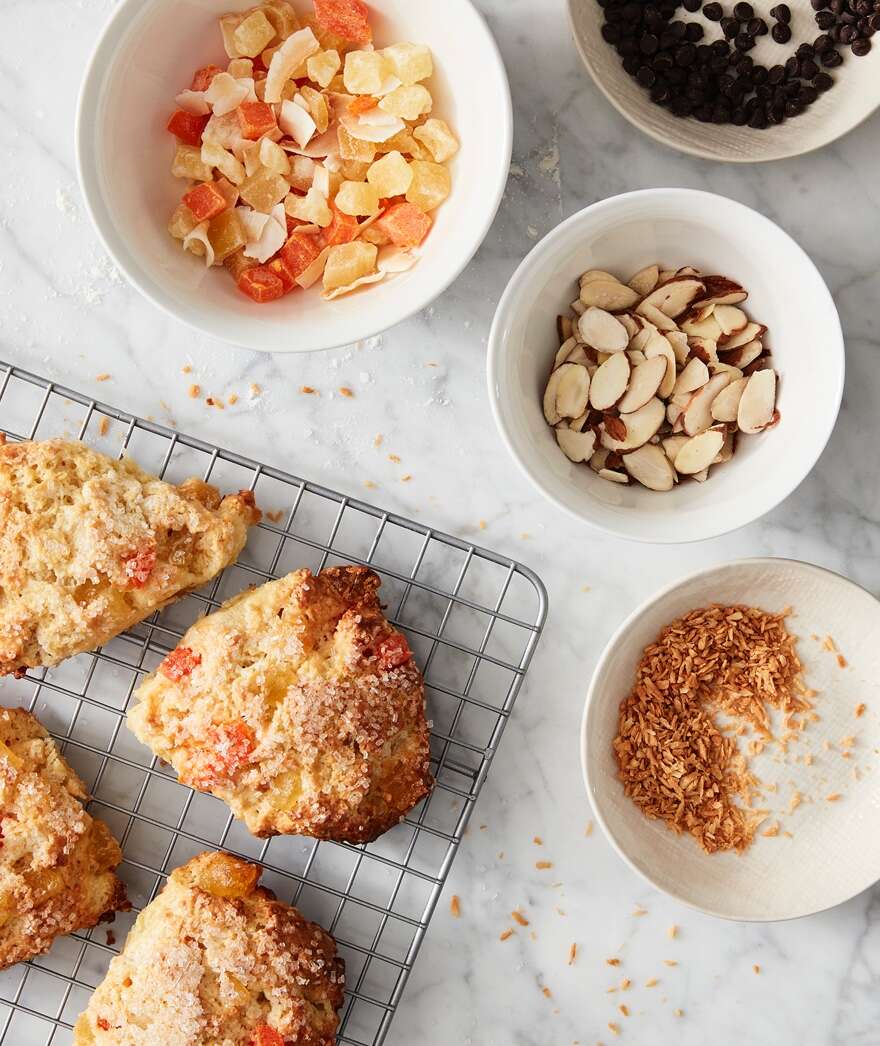 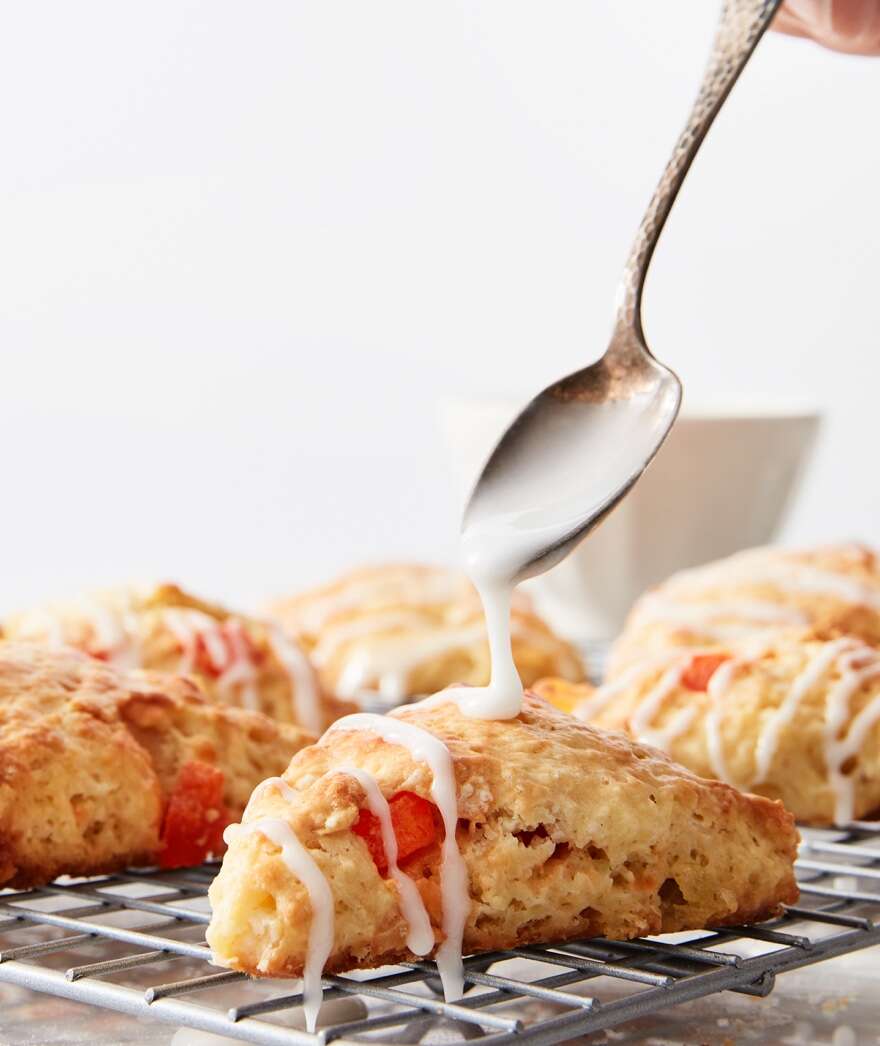 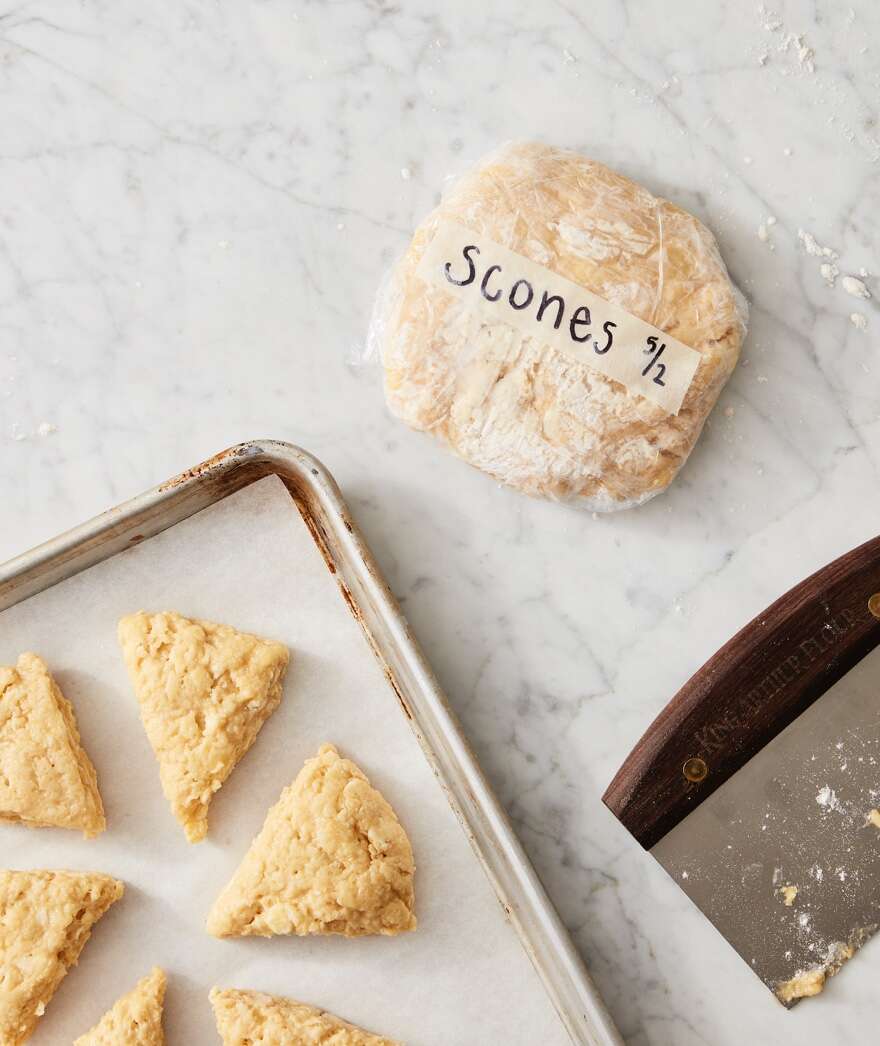 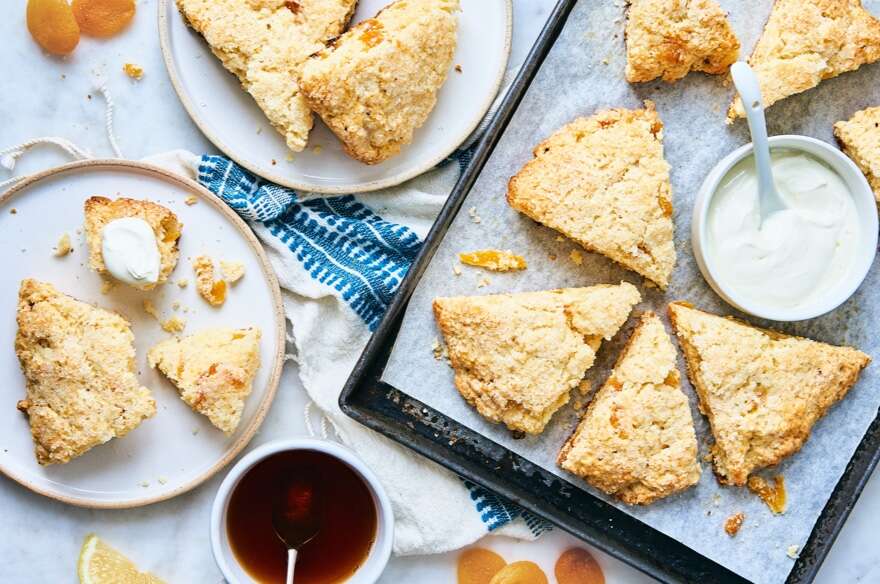 Scones are a centuries-old tradition in Great Britain, where they've been enjoyed in one form or another since at least the 1500s. England, Scotland, Ireland, and Wales all have their own versions of this simple breakfast and teatime treat, which has evolved from a very plain mixture of barley or oats and water cooked on a griddle to its current much more elegant baked incarnation. The modern British scone (pronounced "sgonn," rhymes with gone) is made with white flour, sugar, a leavener, butter, and milk. Similar to American biscuits (though less rich), it's classically served with raspberry or strawberry jam and thickened cream (Clotted Cream or Double Devon Cream).

The American-style scone (rhymes with stone) features a greater variety of ingredients than its British cousin. Often enriched with egg, augmented with butter and/or heavy cream, and studded with anything from toasted nuts to chocolate chips, the American scone is an eclectic hybrid of biscuit, soft cookie, and cake. Topped with sugar, glazed with icing, and/or served with additional butter and jam, American scones have definitely forged their own New World path.

What's in our pantry? 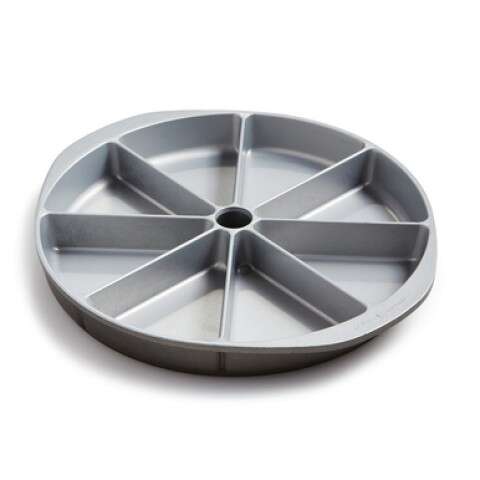 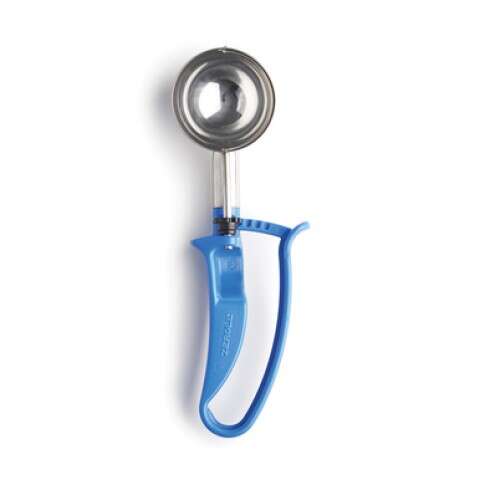 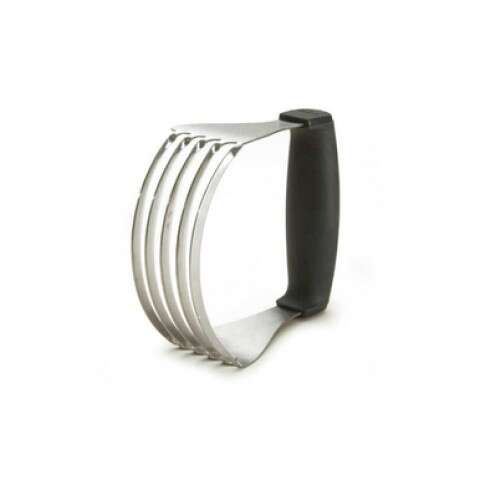 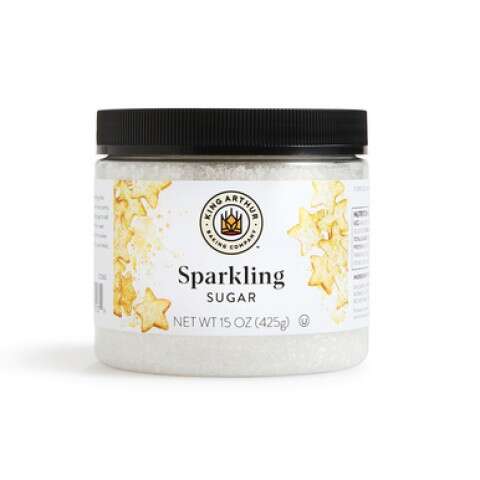 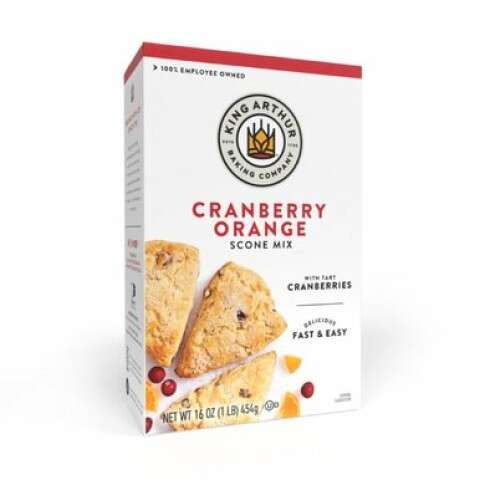 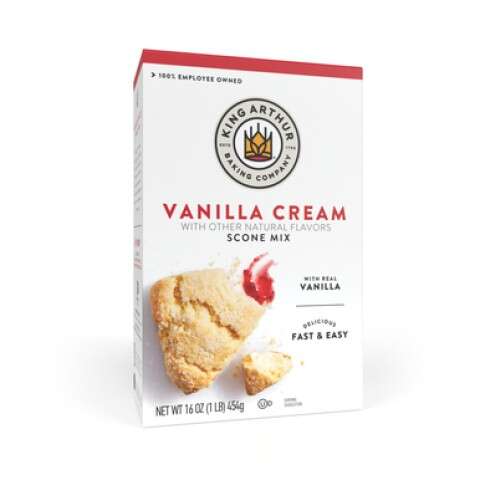 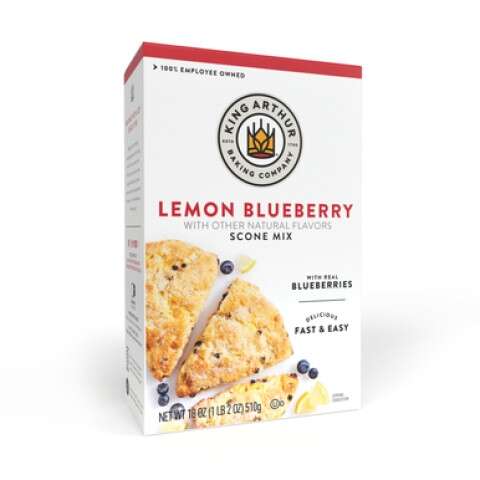