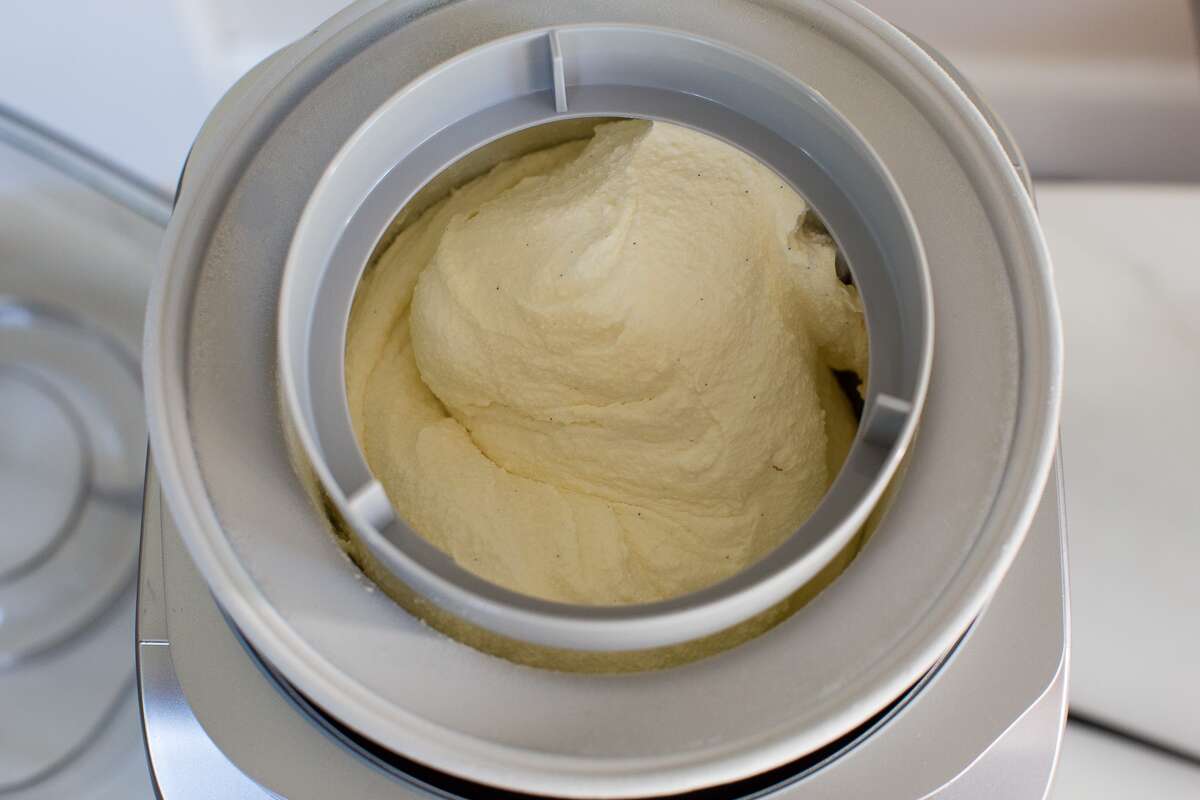 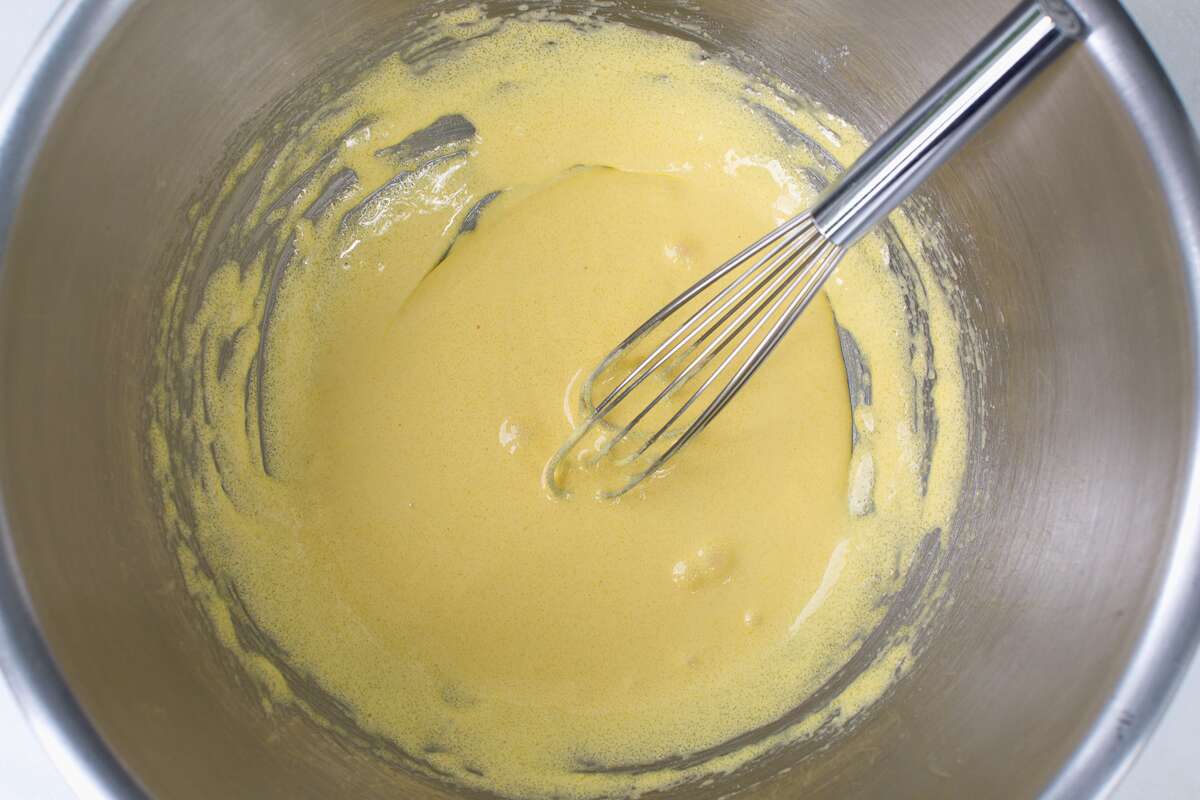 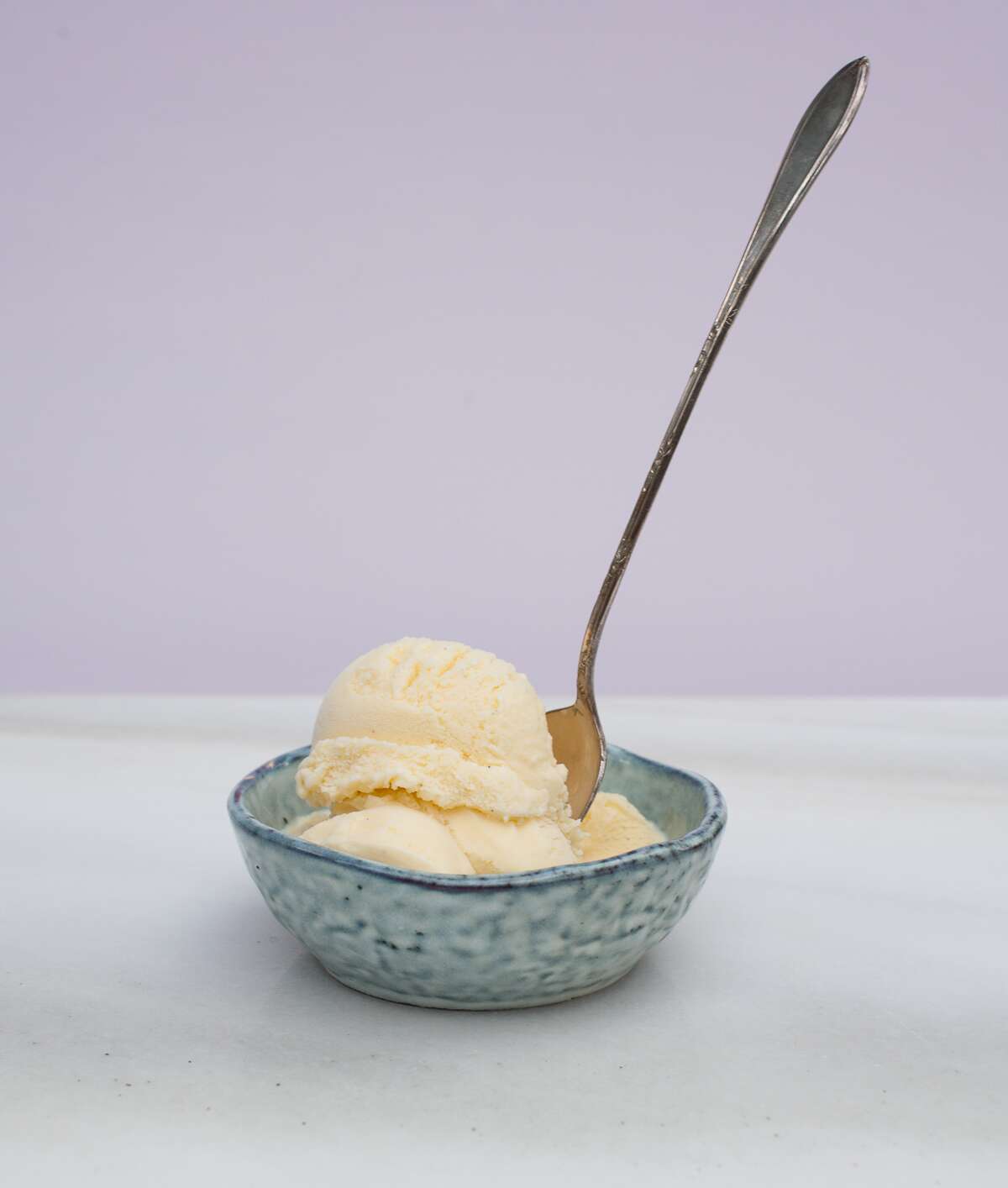 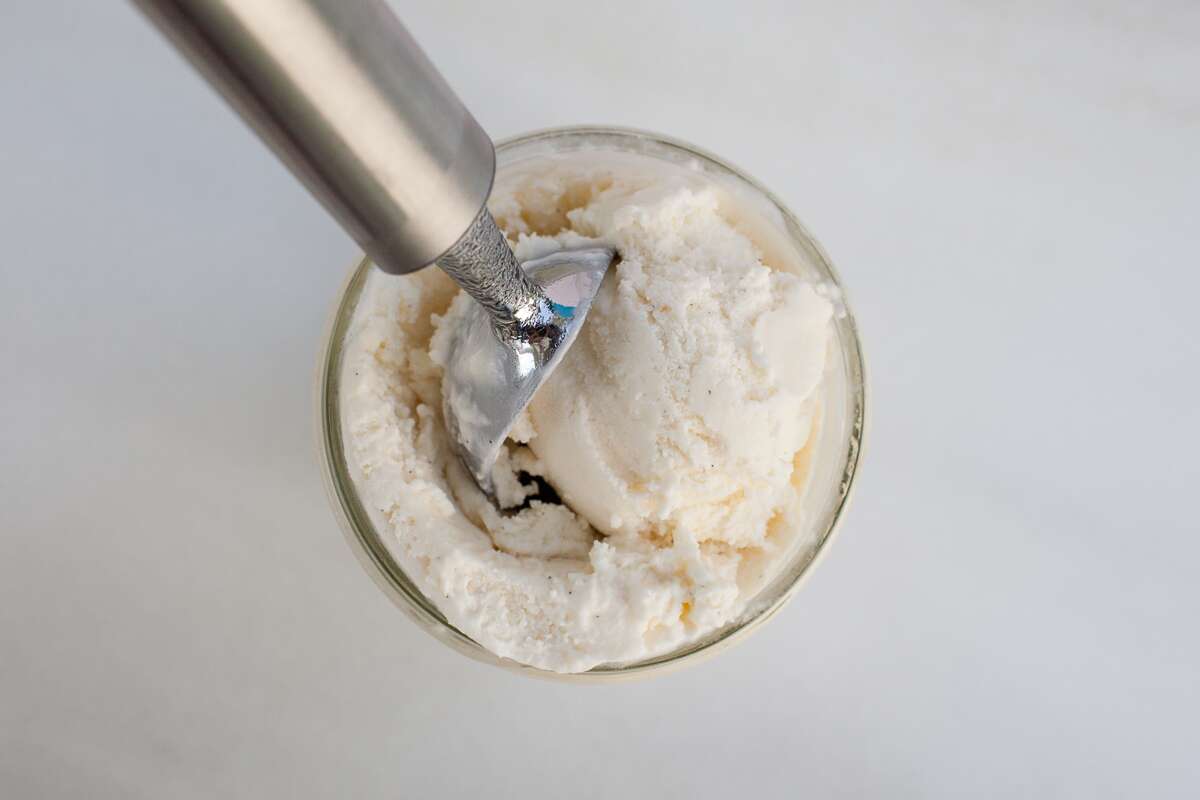 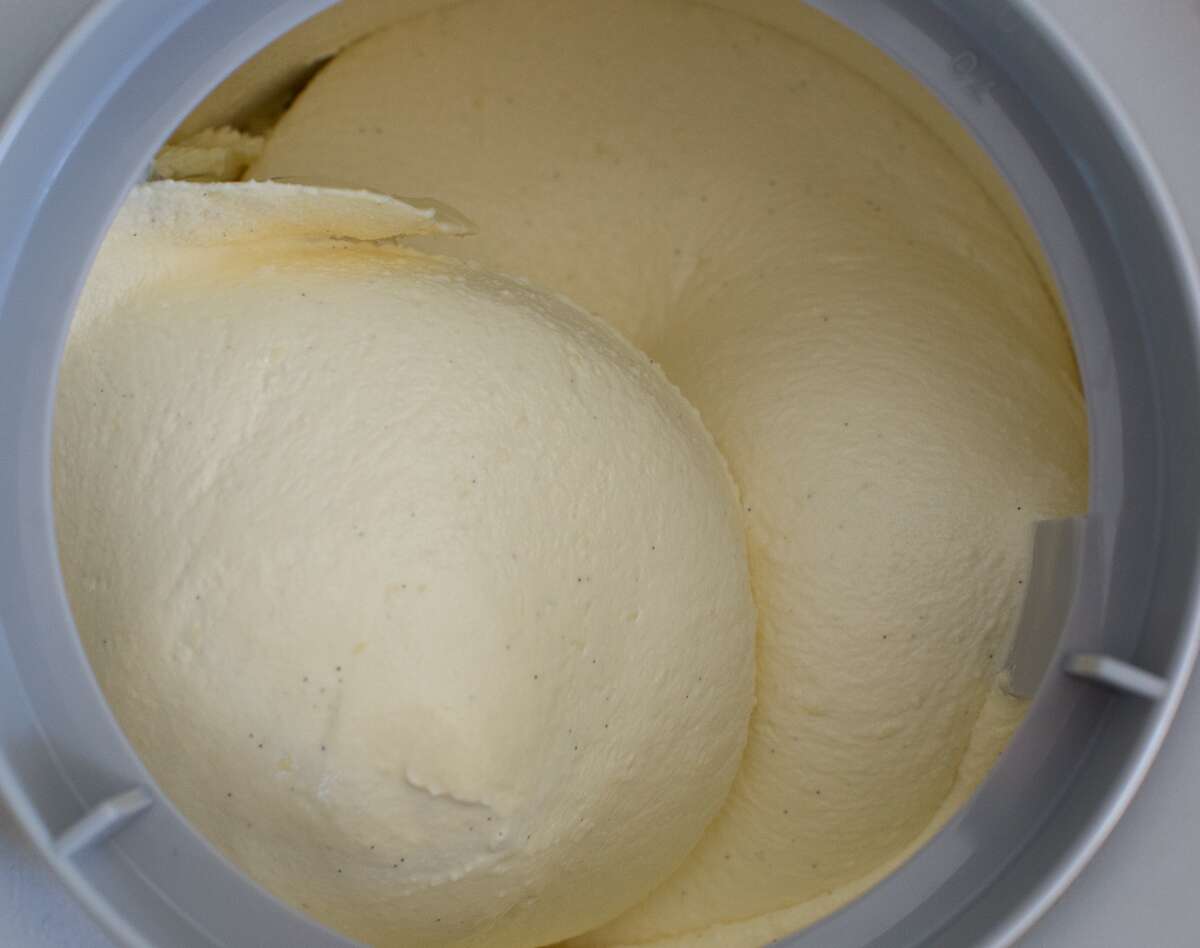 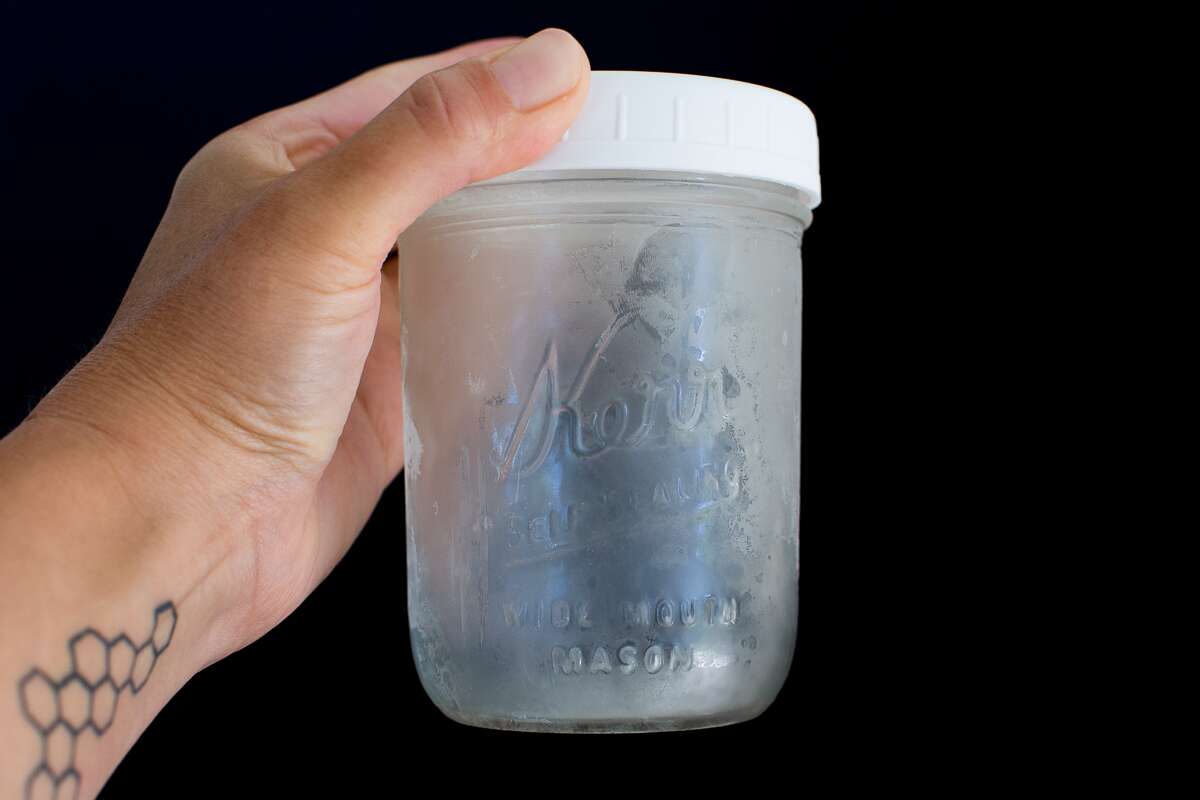 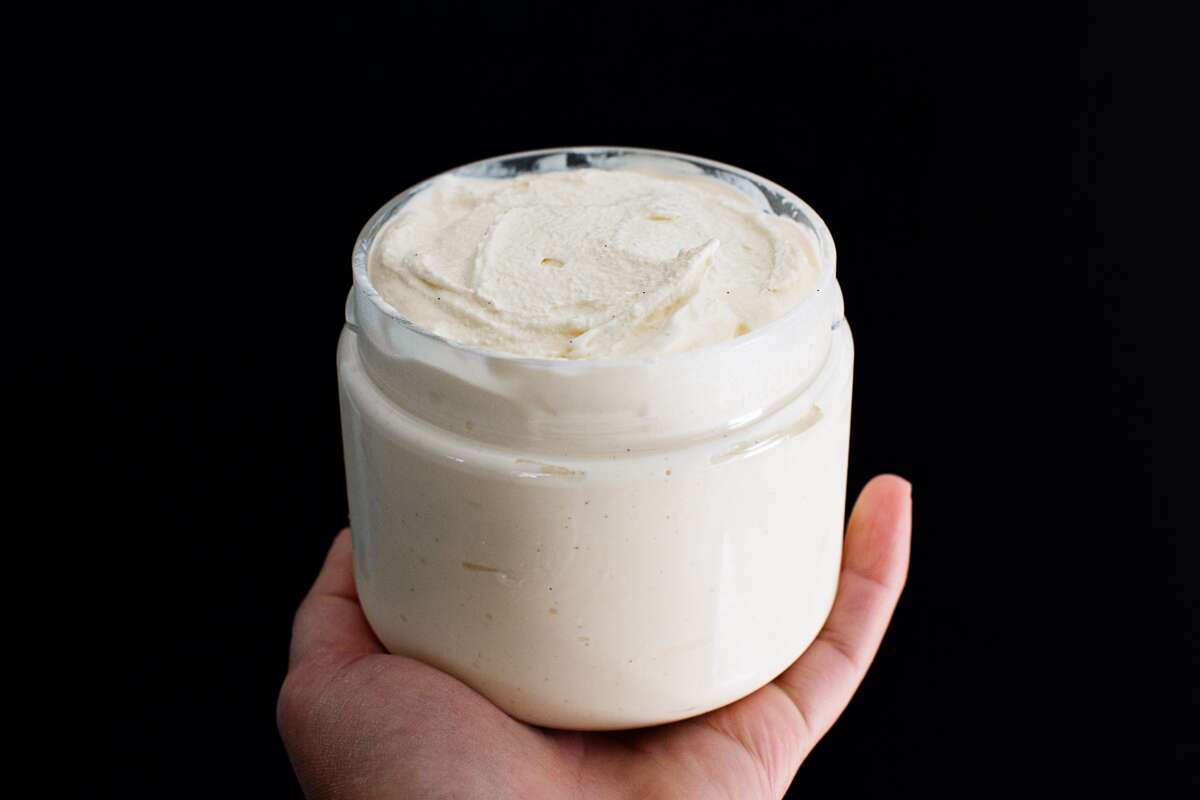 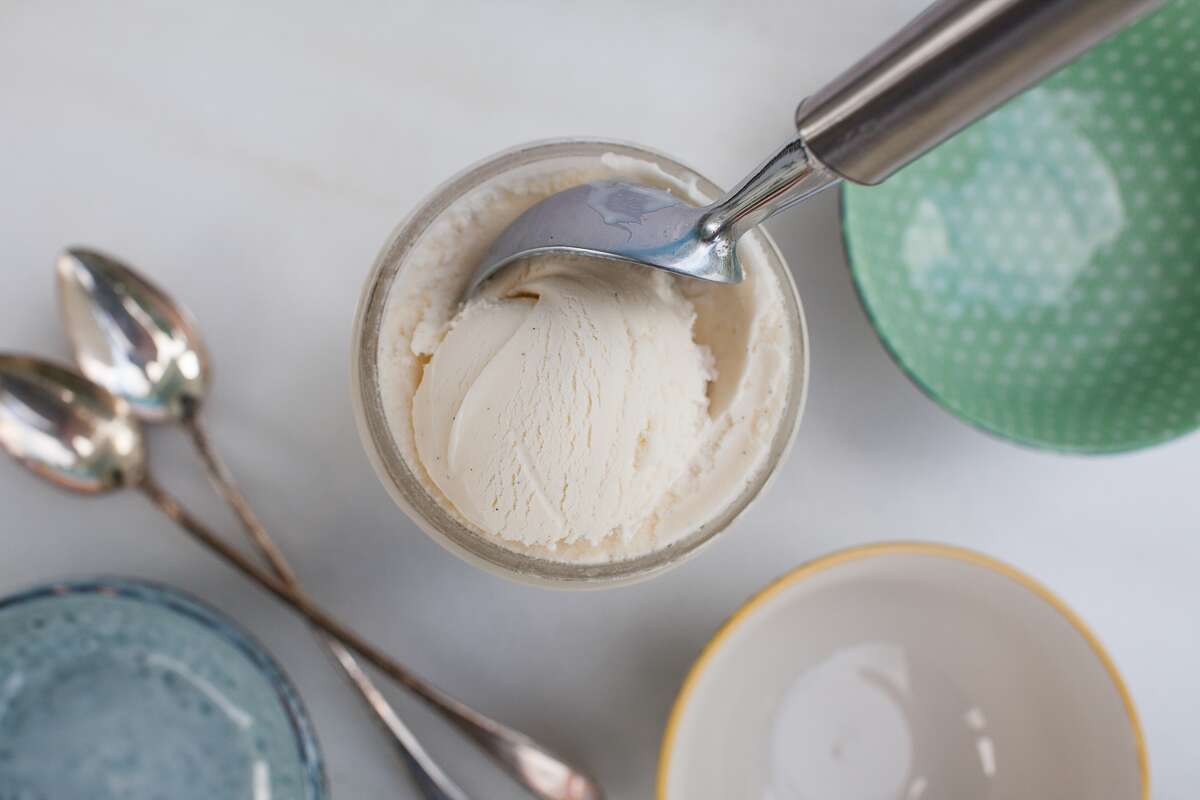 I'd love to know what you think of the '2 ingredient' no machine needed ice cream recipes online. 2 cups of heavy cream whipped to stiff peaks then 1-14oz can of sweetened condensed milk folded in then add whatever other ingredients to personalize and freeze overnight. I've had some success but I do feel its a bit greasy. Half and half doesn't whip so I don't know how to tweak it. I don't have an ice cream machine and have a tiny freezer. No space to keep a large bowl for the machine in there. Any ideas would be appreciated.

I been wondering about the relative merits of guar gum vs xanthan gum for an emulsifying and stabilizing agent. Can they be used interchangeably? I read somewhere that guar gum was good for cold applications, like ice cream or custard and xanthan gum worked well in gluten-free baking.
Hi Liz! They're generally interchangeable, xanthan gum is just the one we keep in our test kitchen so it's what we work with when developing recipes. Guar gum shouldn't be a problem! Annabelle@KAF
I always noticed the roof of the mouth 'texture' when making/eating custard ice cream. I thought it was the cream because I put some or all of the whipping cream in without cooking it. New concept that I might be over churning it. My ice cream maker usually finishes in 17 or 18 min. Hmmm something to test. Thanks!
Please confirm that on the version 2 recipe of the custard style ice cream that it is 4 cups of half & half to replace the milk/cream combination. Also, if I may share, the Easy Lemon Curd recipe from KA is excellent when added to ice cream. (I use 1/4 of the lemon curd recipe for a batch of ice cream.)
The lemon curd with ice cream idea sounds incredible, Pam! For the second recipe, Philadelphia-style ice cream, the recipe is calling for 2 cups heavy cream and 1 cup milk. If you wanted to use half & half instead, you'd use 3 cups of it total. Happy churning! Annabelle@KAF
I would assume that it is 4 cups of half and half for version 2 of the custard-style ice cream. Annabelle @ KAF did not realize you were not asking about the Philadelphia-style ice cream, but in her response the amount of liquid stays the same, so I think that applies for both recipes. I now have to try your lemon curd idea; it sounds amazing!