Bread tastes better when it's baked together

A dispatch from our Bake for Good scholarship program

The following was written by Bryce Johnson, one of two 2016 recipients of our annual Bake for Good scholarship program. We recently welcomed Bryce to a four-day class at our Baking School here in Vermont, and are pleased to share how he bakes for good via this post.

That’s the mantra of a man with whom I regularly bake bread. It’s been lived out for the past six years at the United Methodist Church’s community bread oven in White Bear Lake, Minnesota. 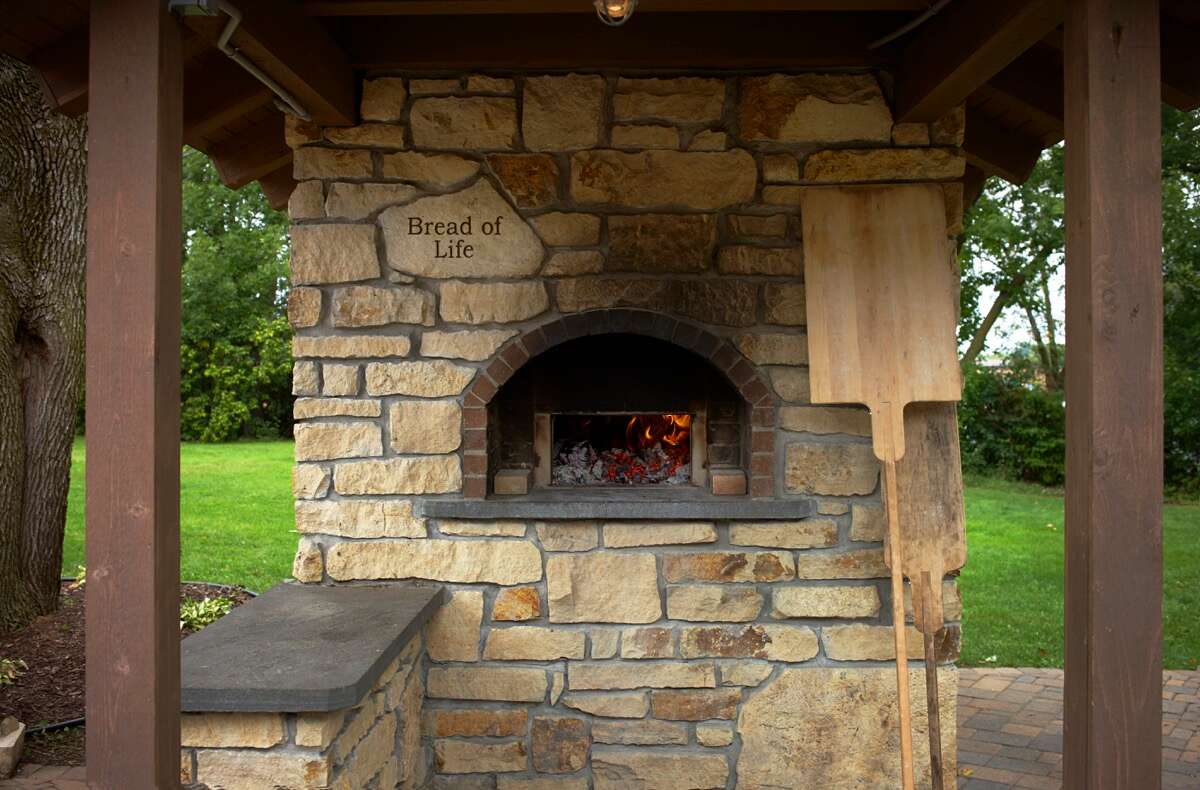 I served as senior pastor at the church for 20 years, until my recent retirement. In 2010, more than 40 church members spent three months building a large, beautiful oven, one with the capacity to bake 20 loaves at a time.

The idea for the oven grew out of a sabbatical leave I took in the summer of 2009, during which I devoted three months to my passion for bread-making.

Most of my sabbatical was spent in France and Italy learning artisan bread making from local bakers, and visiting historic community ovens. From the 14th through 19th centuries, the community oven was a key part of village life in that part of the world. Each week, villagers brought their homemade dough to be baked in a communal oven. While the bread baked, family news was shared, politics debated, and community built.

After I returned from sabbatical, I wondered if this ancient practice could resonate with my 21st-century community. We soon found out that utilizing a wood-fired oven for bread classes, community bakes, fundraisers, and pizza events fostered connections throughout the church and the wider community.

From the beginning, I’ve been fortunate to partner with a former professional baker, Ross Safford, to teach artisan bread classes four or five times a year. (Coincidentally, Ross worked with King Arthur Flour's head baker, Jeffrey Hamelman, in Brattleboro, Vermont, back in the early ’90s.) The classes are fun, educational, and hands-on. Our subjects range from ciabatta to lavash to whole grain to sourdough, utilizing bread-making to raise awareness of hunger in our community, and to raise funds to support outreach organizations.

Last year, we started Baking with a Purpose. On the first Saturday of the month, 70 to 80 loaves of bread are baked and sold to the community.  All proceeds go to a local charity. Over the course of the year, we raised $1,500 for the local food shelf.

The most rewarding work has been a bread class with homeless men and women. Four times a year, Catholic Charities of Minneapolis offers a 10-week culinary skills training program for the homeless, equipping them with skills to work in the food-service industry. One day of training is spent making bread at the community oven at the church.

My partner and I teach these men and women the basics of bread making. We learn a bit about their personal stories; we witness their resilience. Making and baking bread together fosters kinship among all of us.

Bread making has been central to our work, but it’s pizza that draws the crowds. On the third Saturday in June, we offer a free slice of brick-oven pizza to all comers. Last year, we served more than 1,100 slices in two hours.

Three times in the summer, the church hosts pizza nights. The community is invited to bring side dishes, a beverage, and lawn chairs. We provide brick-oven pizza for $10 to $12, as well as live music on the lawn. This effort is carried out by a strong team of volunteers, all of whom I’ve helped train to make quality pizza.

Minneapolis baker Solveig Tofte, a member of Team USA at Paris’ 2008 Coupe du Monde de la Boulangerie, has supported our baking efforts at the church. One day, as I named the various outreach projects we were doing, she said, “I love the good work you’re doing through bread.” I had never thought that much about it. Good is what a church is supposed to do. It’s what we’re each called to do in our own way.

One of my goals in retirement is supporting the work of community ovens. Since 2012, nine Minnesota community groups, inspired by the work of the White Bear congregation, have built bread ovens.

It was shortly after this that I learned King Arthur Flour wanted to recognize those who “bake for good” by providing a scholarship to the company’s baking school. I was honored to receive one of the two awards given this year. 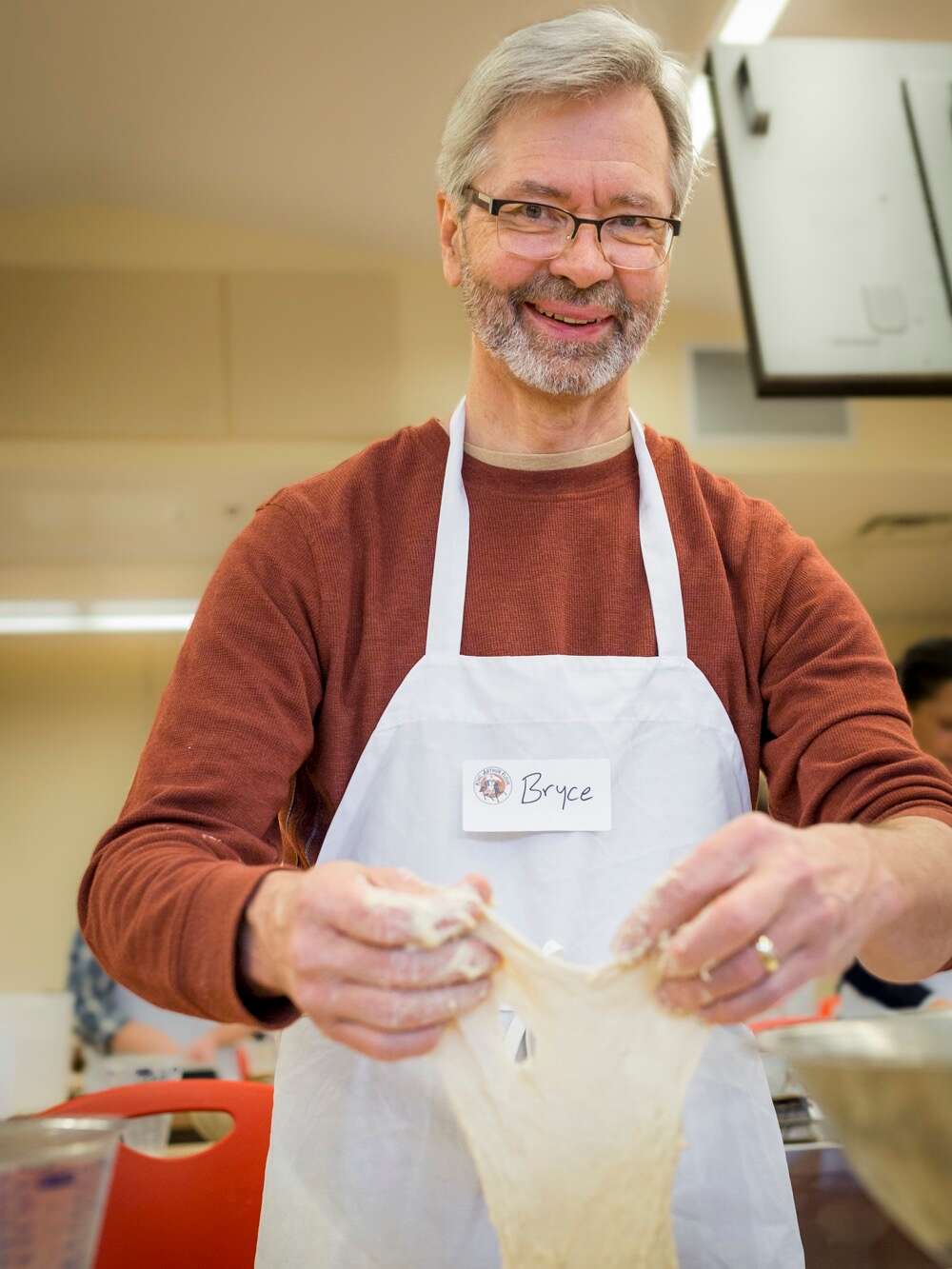 I recently used King Arthur Flour’s scholarship to attend a four-day artisan bread class at the company’s school in Norwich, Vermont. I wanted to deepen my knowledge as a baker and to enhance my skills as a teacher. The instructors were excellent role models, communicating the essentials of baking with humor and joy.

There’s great opportunity to do good through baking and sharing community-oven bread, but the capacity for good depends on the number of skilled volunteers. My hope and prayer for the future is that I’ll share with many people the bread-baking essentials I learned at King Arthur, as well as the joy of baking in a community bread oven. Because, after all, bread does taste better when it’s baked together. 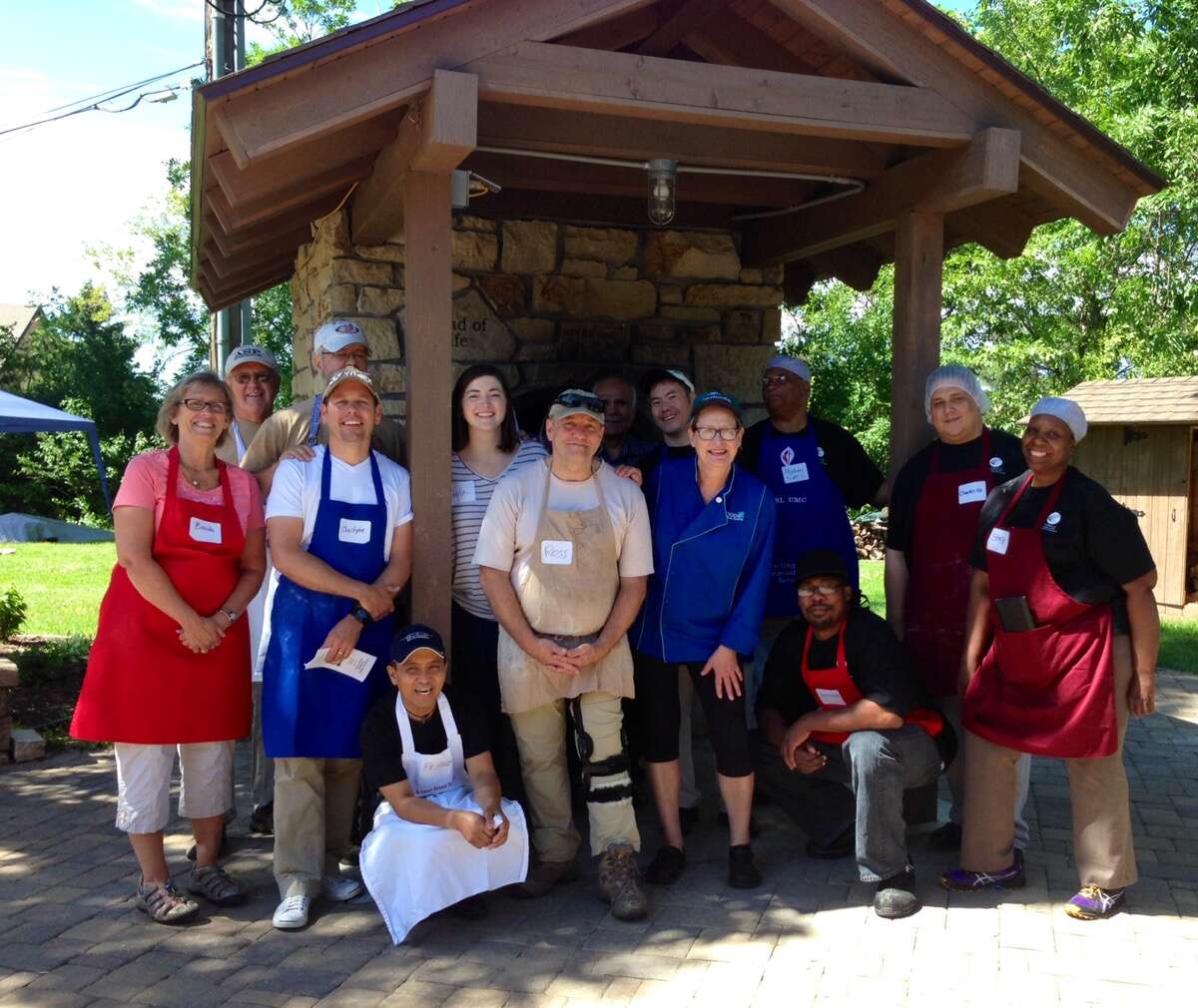 How fun to see one of my local churches featured on the King Arthur blog! I live within walking distance of this church and have had their pizza several times. I always check their website for the pizza dates in the summer to mark them on my calendar. I've heard about their bread classes, but haven't had an opportunity to attend nor have I bought a loaf of bread from them. (Note to self: Look up when they're doing that!) They are neighbors of a Lutheran church who host the best community garage sale there is and the Methodist church offers free pizza. It's a super fun event and part of our local community "Manitou Days". He is definitely deserving of this recognition as it is such an awesome part of the community. Thanks, King Arthur!
What are the other nine groups?
Phil, here's information on the other nine groups. PJH
I am hoping to retire in the next year. This man and his story is so inspirational. I am now looking for a place on my property to build this oven and start baking and sharing. Judy
Good for you, Judy. Best of luck in your retirement – PJH
A thank you for an inspirational story! Loved it!
Wonderful story and so positive. I am retired, alone and in a new state and just bought a book on baking bread and some equipment and this is the inspirational push I needed to get started! I baked a few loaves way back in the 70's so I am a newbie. I have been thinking of how I could share what I bake and will certainly get more serious about that.
If I lived in the area, I would certainly volunteer with your group. Thanks for feeding the soul and the bellies of people in need and for being an inspiration to the rest of us.
Where can I get the plans to build an oven like that?
Michael, you might want to start with this book, which has long been the "bible" of stone oven builders/bakers. Good luck — PJH

Elementary school students learn the science — and power — of baking.