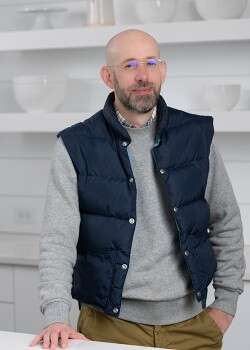 David Tamarkin is an award-winning writer, editor, and site director who is currently King Arthur's Editorial Director. He has been writing about food for many years, and has published work in The New York Times, Bon Appétit, Gourmet, Healthyish, Details, Cooking Light, Condé Nast Traveler, Food Net...
View all by David Tamarkin

I slash then spritz mine with water then put the lid on it. Play with this stuff. Even baking flops taste great, and you can always make crumbs or croutons.

I mostly bake conventional loaves, either from KA mixes or with KA flour from scratch, and using the settings and timing prescribed -- or maybe a little longer. But while my loaves are lovely, they are almost always too crumbly -- hard to slice except near the ends. Are you saying I should bake them less rather than more?

Hi Linda, if you're baking conventional enriched loaves either in your bread machine or home oven, I don't think this advice is quite as applicable. While you should certainly bake the bread to the degree of darkness you prefer, longer baking or baking at a higher temperature could result in a drier bread. I would suggest trying to put the bread in the oven when it's not quite as high in the pan, as dough that is risen very high tends to contain more air, which will dry out and turn crumbly faster than a slightly denser, moister loaf. Reducing the yeast a bit might also be helpful.

VERY helpful post answering multiple questions I’ve had. One last one: I’ve struggled a bit sometimes with loaves that are flatter/denser than I like (likely my proofing) but wondered about ‘stuffing’ my dough into a smaller sized dutch oven to force the rise??

Hi Eric, choosing a Dutch oven that is an appropriate size for the amount and type of dough you're baking can certainly be helpful. Using a Dutch oven that is much larger than the amount of dough you're baking is more likely to result in the dough spreading out, particularly if you're working with a high-hydration recipe. While I wouldn't recommend "stuffing" your dough into a smaller Dutch oven (which might result in dough that hits the lid), using one where the sides can successfully support the rise upward is a good strategy. Of course, correct proofing and good shaping also play into how much spread you see during baking.

Does this advice hold true for non-yeast breads also, such as Irish soda bread? I add diced dates, cranberries, blueberries, or sometimes seeds (sesame, caraway, etc), half unbleached white flour and half whole wheat or rye flour, buttermilk, baking soda, and salt, and bake in a cast iron Dutch oven (half the time covered, half uncovered).

Hi Anne, you should always bake to the color you prefer, but with quick breads, such as Irish soda bread, I would worry more about drying out the loaf. Also the ingredients like buttermilk and the dried fruits (on the outer part of the loaf) are more likely to burn when baked for a longer time, so I would be cautious about going too dark with this type of bread. In general I think of this rule applying most to artisan breads that don't contain a lot of enriched ingredients and bake at a high baking temperature.