When I began baking bread, I made many loaves in pursuit of “the one.” Like looking for a lost pet, my car keys, or a favorite pair of jeans, I searched day and night, baking until I found some special ingredient or technique that would elevate my bread to the level of loaves from my favorite bakeries.

You may recognize this chase. Maybe your bread obsession is in full swing, yet while your shaping is improving and your confidence is on the rise, does full flavor still elude you?

In my case, one small change revealed the missing piece. As the first loaf cooled and its aroma filled the kitchen (my whole apartment!), I knew I had turned a corner.

The key to my newfound success? Preferments. 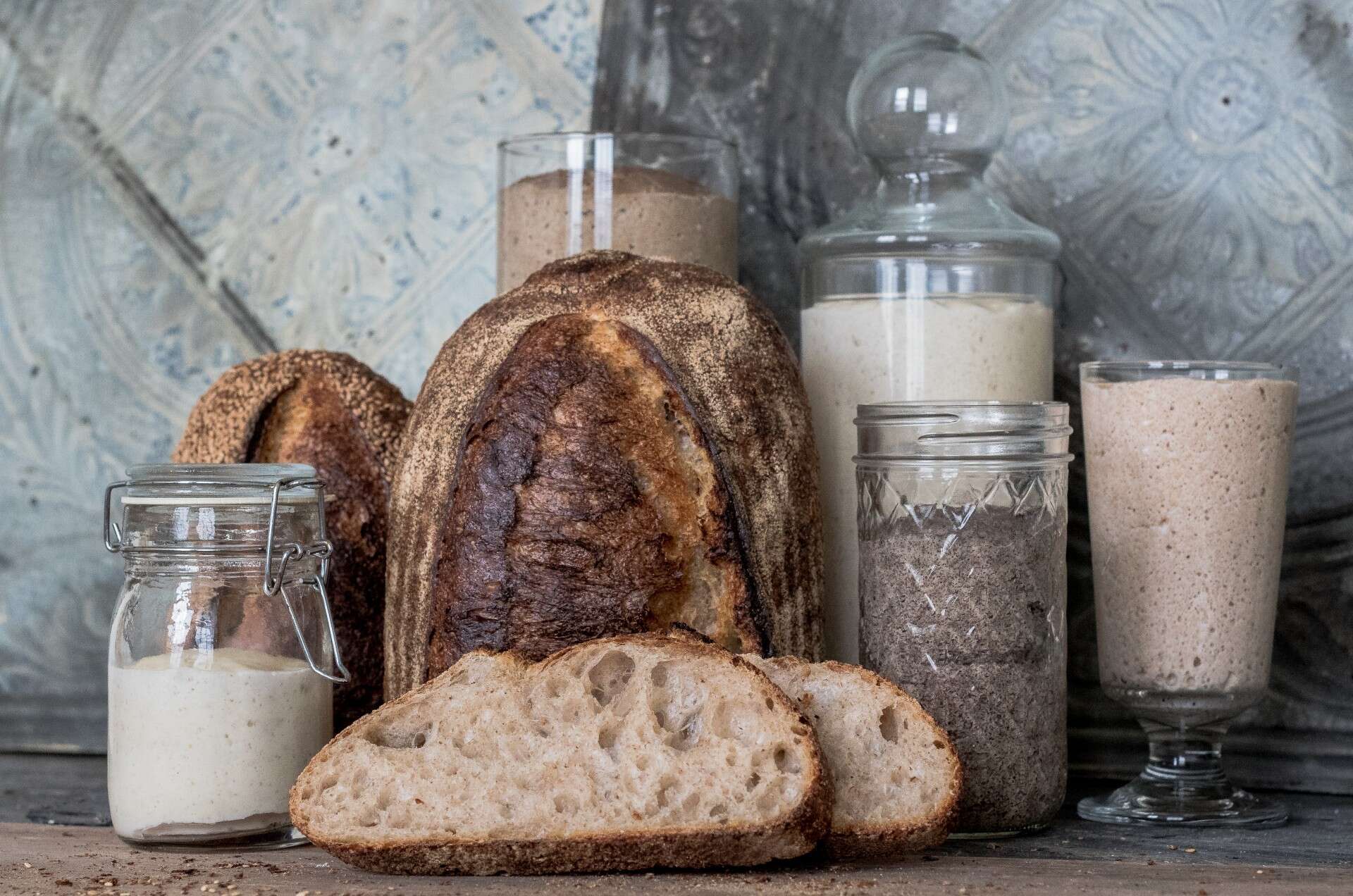 What is a preferment?

A preferment is a mixture of flour, water, leavening (commercial yeast or sourdough starter), and time — a key ingredient! As the mixture ferments over the course of 12 to 16 hours, the delicious by-products of that fermentation build up and infuse the starter, the dough, and the finished loaf. You may have heard names like sourdough starter, biga, poolish, levain, pâte fermentée, or even desem. All of these are preferments.

The preferment family is a group of oddballs. Some are active and will blow the lid off a container, while others prefer to take it easy. Whole grain flour is all the rage in some cases, but cross an international border and bakers might swear by all-purpose flour instead. Regardless of which flours you use or what name you give it, preferments generally fit into one of four categories. Understanding these four groups helped me make sense of everything else.

In order to streamline things, I group common preferments into categories based on hydration and leavening.

For leavening, I divide preferments into two categories as well. “Starter” means that the flour and water mixture is leavened with a sourdough culture, which contains wild yeast. Alternatively, “commercial yeast” refers to anything from instant to fresh compressed commercial yeast.

We’ll get to examples of each type in just a moment. For now, focus on the idea that most preferments fall into one of the four categories below.

OK. Simple enough. Four styles, four ways to inject flavor (like a bouillon cube of fermentation) into your bread.

But what about all those international names and baker’s jargon? In my early days of trying to understand preferments, the nomenclature tripped me up. I have a clear memory of my confusion as I tried to sort the difference between “poolish” and “levain.” Both are preferments. Both are liquid. So what's the difference? It wasn’t until I began to think in these boxes that I gained some clarity.

Here’s the table from above, again. I’ve kept the headings and the more common terms that bakers use to describe preferments. I haven’t listed everything under the sun — please chime in in the comment section with any common names you think I’ve missed!

Yes! Starter is a symbiotic colony of bacteria and yeast (SCOBY). In broad terms, a SCOBY is comprised of bacterial and fungal populations living in symbiosis. The by-products of their activities bring complex flavors and aromas to the starter, dough, and resultant loaves.

Commercial yeast, in contrast, has yeast but no bacterial populations. The flavors associated with a “yeasted” preferment are delicious but also gentler and, to my palate and nose, less complex. It’s not that one is better or worse than the other — they are different, each bringing their own nuance to the bread party.

Over many years, bakers and eaters have identified reliable and favorable matches that pair specific preferments with specific breads. These are not rules but rather starting points for getting your feet (hands!) wet. Try the standards and then see what happens when you switch things up.

My early loaves were made with a liquid starter (top left in the table). The complexity of the starter, the slight acidity, the almost “cheesy” notes combined with a long fermentation lit a fire in me that continues to this day. A classic example of bread that calls for a liquid starter is Naturally Leavened Sourdough Bread.

The most famous example of liquid yeasted (top right in the table) is probably poolish, the preferment of choice for Classic Baguettes. In addition to its "nutty" flavor, poolish can make baguette doughs easier to handle – the preferment boosts extensibility (the ability for dough to stretch).

Traditional dark rye breads often call for a stiff starter (bottom left of the table). Rye starter is crucial because the acidity from fermentation aids in strengthening the dough. You can make decent rye bread without a stiff starter – much in the same way that you can make a baguette without a poolish – but now you know why this style of perferment lives in so many traditional rye recipes, such as Jeffrey's Sourdough Rye Bread.

Italian breads are often made with a biga. The stiff yeasted preferment (bottom right of the table) perfumes the finished loaf with floral, aromatic qualities that are unrivaled. If Ciabatta is made with anything other than a biga, I can always smell the change.

When I mix a preferment, knowing that I get to make bread the next day, something changes. It’s a shift inside my head — somewhere, a light turns on. It feels like excitement, hope, and a hunger for the loaf, but also for the process. I encourage you to give preferments a shot.

For more information on starters, check out our Sourdough Baking Guide, which walks you through how to create — or buy — a healthy starter that can fuel a lifetime of delicious loaves. 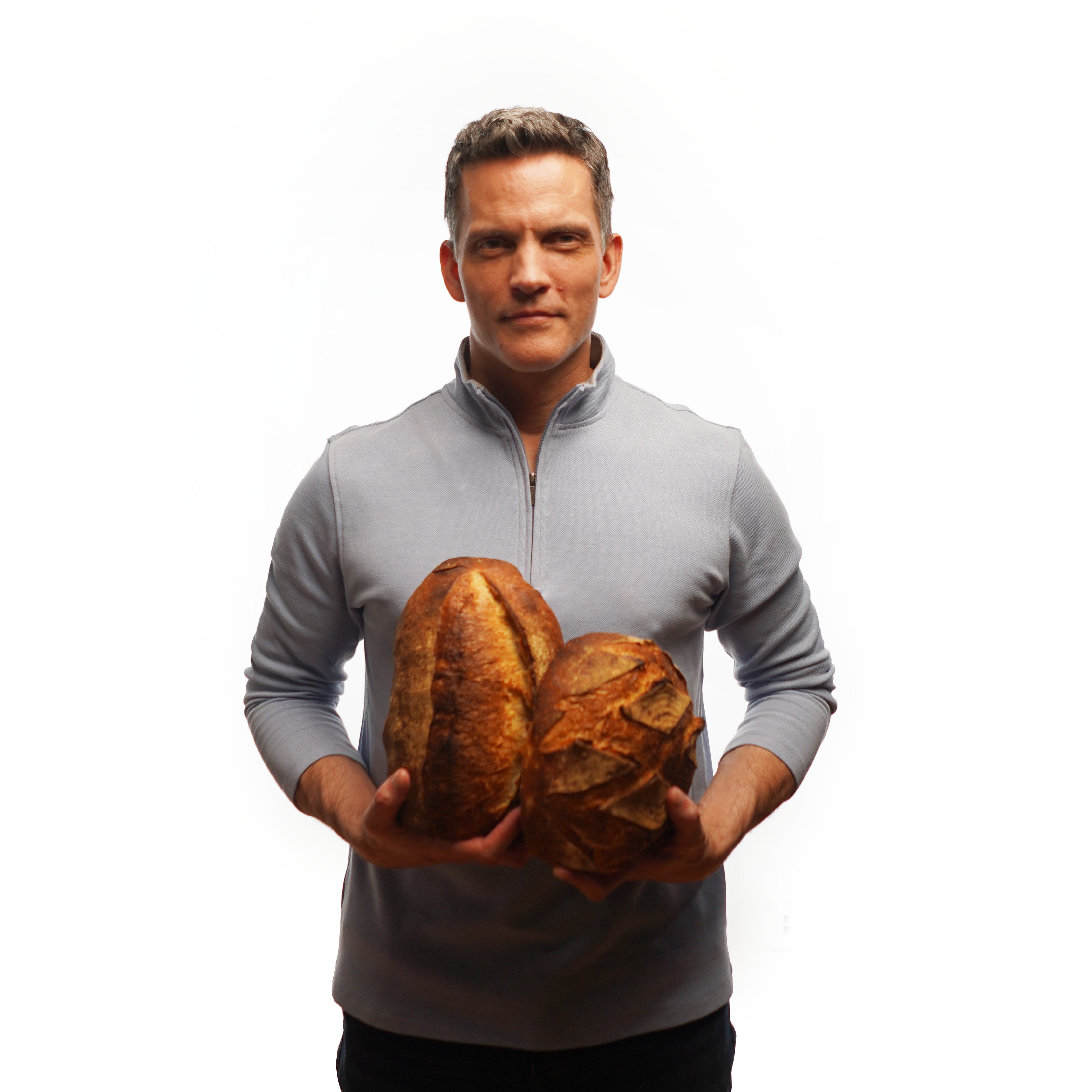 Martin Philip is a baker and award-winning author. His book, Breaking Bread: A Baker’s Journey Home in 75 Recipes, is a Wall Street Journal bestseller and was awarded the 2018 Vermont Book Award as well as the best cookbook of 2018 by the New York Book Industry Guild. He is a MacDowell Fellow and a graduate of Oberlin Conservatory.

Hi, I have some experience making bread but not a lot. I'm pretty consistent with a nice rise and crumb, my problem is that it seems like my bread (especially sandwich loaf) just doesn't have much flavor. I was wondering if a preferment would possibly be the answer. I have a sandwich bread recipe that calls for the usual ingredients plus milk, eggs and butter. Would this benefit from something like a poolish and if so, how would you adapt any bread recipe to using a poolish? Thank you!

Hi Annie, most sandwich bread recipes don't call for a preferment because they derive their flavor from the enriched ingredients generally called for in this type of recipe. However, if you'd like to add a preferment, this recipe for Pain de Mie with a Starter is a great place to begin your quest. To reduce this recipe and bake it in a 9 X 5 pan, I would multiply the weight of each ingredient by .66.

Am I understanding that Biga, Poolish, and Sponge all involve the use of commercial yeast? and that Levain, Madre, Mother and Starter all refer to the use of some kind of mix of an active mature fermented flour and water? I also find these terms very confusing especially when I prefer to use my "Starter", and I run into an interesting recipe that uses Biga, Poolish, or Sponge....stops me in my tracks..."now what do I do"

Hi Marianne, you are correct about the terminology. Because these different types of preferments bring different flavors and textures to the resulting breads, substituting an equal amount of ripe starter into recipes calling for a Biga, Poolish or Sponge is likely to change the recipe significantly. As Martin says, "Try the standards and then see what happens when you switch things up."

A year or so ago in response to a question, Martin described making a biga for a hypothetical conventional bread recipe by using 1/3 of the total flour, hydrated up to 60%. Then adding a small amount of yeast. How much is a small amount? Also how long can/should the biga sit (at room temp?) before continuing with the rest of the recipe.

Hi Sam! In this hypothetical situation a small amount would be between 1/16 and 1/8 of a teaspoon. Ideally, this would sit for 8-12 hours at a room temperature between 68-75 degrees. Happy baking!

I’m reading some books with recipes calling for fresh compressed yeast. How can substitute active dry or instant? The recipes I’m reading are in grams. I have a gram scale.

Thank you for systematizing the preferments; it's helpful. I've used many of them, from a simple sponge for my whole wheat loaves to a poolish or a biga, as well as rye sour for my Jewish ryes. In general, I prefer to bake bread with at least half whole grain flour. My question is this: Can a poolish or biga be made with whole wheat flour? All the recipes I've seen call for white flour, whether all-purpose or bread flour.

You sure can, Chava! Using a whole grain in your poolish or biga will also impart more flavor. Happy baking!