Bob Baker — fourth-generation farmer, lifelong resident of Alva, Oklahoma, and King Arthur grower — is at the wheel as we make our own road through his fields. Bouncing along, he points to the hillside dugout and artesian well his great-grandfather almost died trying to dig in the middle of this open prairie. Big dreams, I think. I guess that’s what it takes.

We park and climb out into thick grass, fertilized by his grazing cattle. It’s nice, but not exactly hospitable.

“That’s not wind,” he replies through a smile. “That’s normal!”

We’re standing where the door to the dugout would have opened to the southeast, avoiding the dominant northwest wind. In all directions are busy fields, alive with ladybugs. A red-winged blackbird calls into the wind as a scissor-tailed flycatcher swoops through looking for supper. Swaying in front of us, as far as the eye can see, are 4 Generations Organic Farms' fields of organic wheat, much of it destined for bags of King Arthur flour.

As perfect as this scene is — a baker standing next to a farmer admiring the fruit of a season, dreaming of breads and pastries — the truth is that farming is hard. I don’t mean regular struggles with to-do lists longer than a field row. I’m talking about big things: from our changing climate to labor shortages to the basic fact that farmers feed the world. It ain’t easy.

“They don't say much,” he replies, when I ask him what the farmers around here have to say about his methods. Most grow conventional wheat, doing things the way they have for decades. Eight years ago, Bob looked at the growing market for organic grain and ditched his playbook.

“So why did you switch to organics?" I ask, knowing that he’s going against the grain.

“Well, the answer I’ll give you, you’re probably not going to like. I got into it for the money.” He explains that because of the low margins of conventional grain pricing, he could rent his land to another farmer and earn about the same as he would growing crops himself. So he could either farm, working and worrying all year, or just rent out his land and “sit on the beach in Florida and drink Mai Tai’s.”

But there was a third option, one requiring transitional years, a huge outlay of investment capital, new machinery, and new growing methods: He could switch to organic and sell his wheat at a better margin.

When I ask about challenges, he responds, ready to laugh, “Well, how much time do you have?” Growing certified organic crops is, as Bob might say in his drawl, “a whole 'nother thing.”

While both conventional and organic farms produce wheat, the differences between the farming systems are more complicated than simply manure versus chemicals. Organic farming at its core is about building (restoring and stewarding) the farm ecosystem.

“We have mined our soil of the nutrients, and now farmers are tricking the plant into producing wheat. In organic, we’re not dumping on the nitrogen because we can’t.” In order to grow vigorous plants with good yields in an organic system, “We had to go back to the basics of the soil and ask, ‘What do we need to grow this plant?’” To find the answer, he went digging.

The National Resource Conservation Service, founded by Franklin Roosevelt in response to the destruction and loss of topsoil in the Dust Bowl years, states that “Soil health is defined as the continued capacity of soil to function as a vital living ecosystem that sustains plants, animals, and humans.”

This system, rather than being fueled by something from above, is driven by what’s beneath.

Speaking with the passion of the converted, Bob recounts the work he and his team have done to restore levels of minerals and micronutrients on the farm. When he talks about the results, it’s as though he’s stuck his head in the ground and looked around; bacteria processing nutrients, fungi and networks of mycelium, earthworms (formerly nonexistent) aerating the dirt, plants sequestering carbon, and deep roots drawing minerals from all directions beneath fields of undeniable vigor.

“See those terraces?” Bob asks, referring to the system of raised dirt levees that wind like topographic lines along elevation contours. He explains that they reduce erosion, keeping valuable moisture where the wheat needs it while also preventing run-off.

He points to the field edges where catchment ditches remain unmowed. On the advice of biologists, he’s let the grasses and native species grow, providing valuable habitat for ladybugs and other beneficial insects — another link in the healthy chain, another reason that the flycatchers are here.

Bob sums up his mission in two words: “Soil health.” More specifically, “Building the biology back into the soil so it’ll be there for the next generation.” Walking through the offices of 4 Generations Organic Farms, it's clear that in 100 years this place will need a name change for a new generation.

King Arthur organic flour is available through our online shop and in grocery stores nationwide. 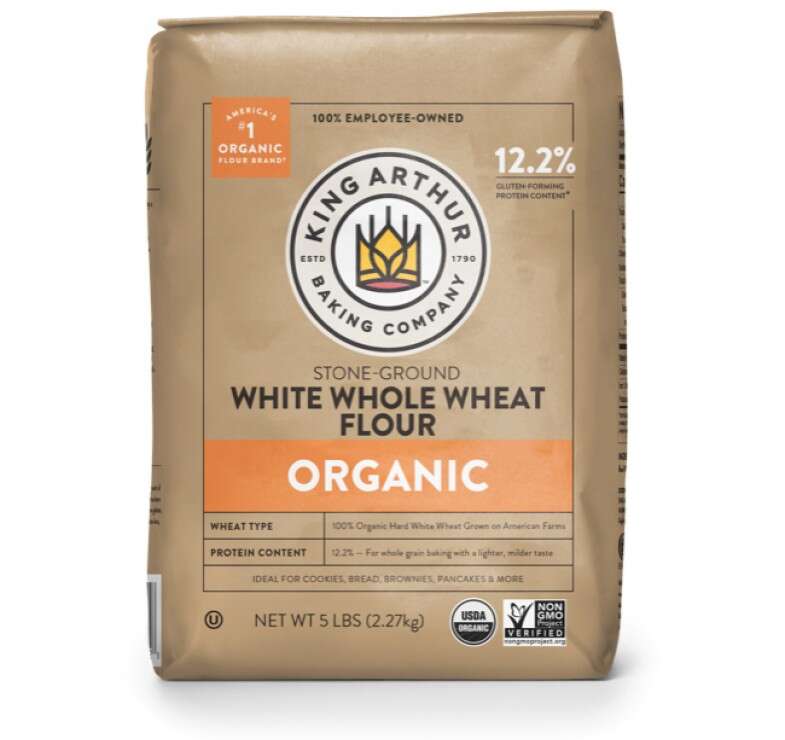 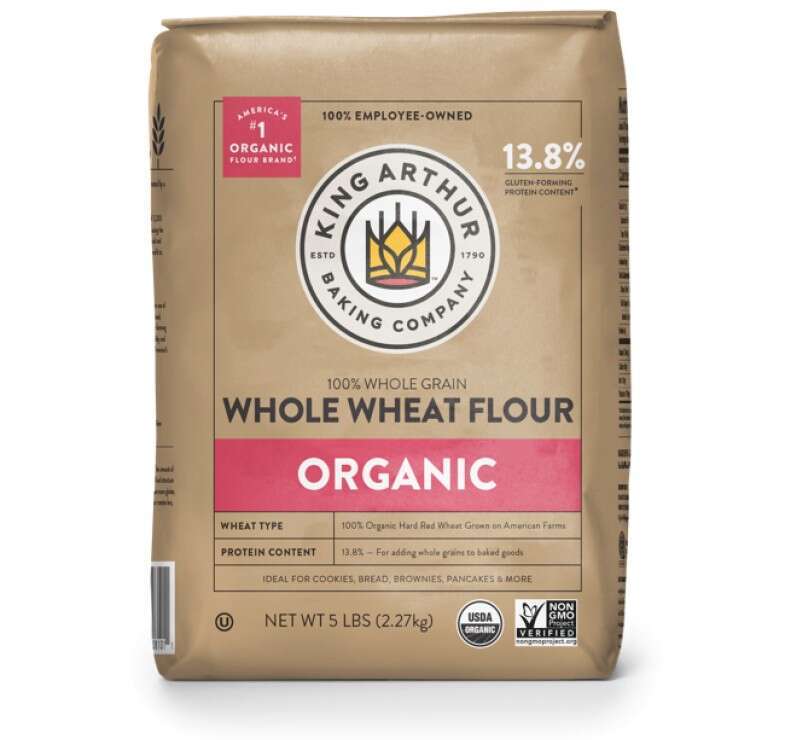 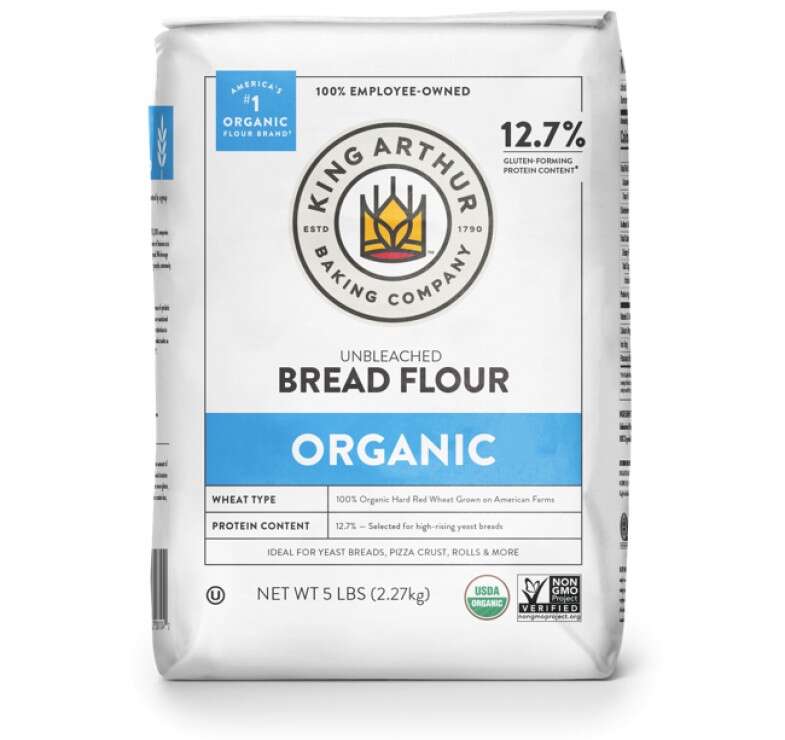 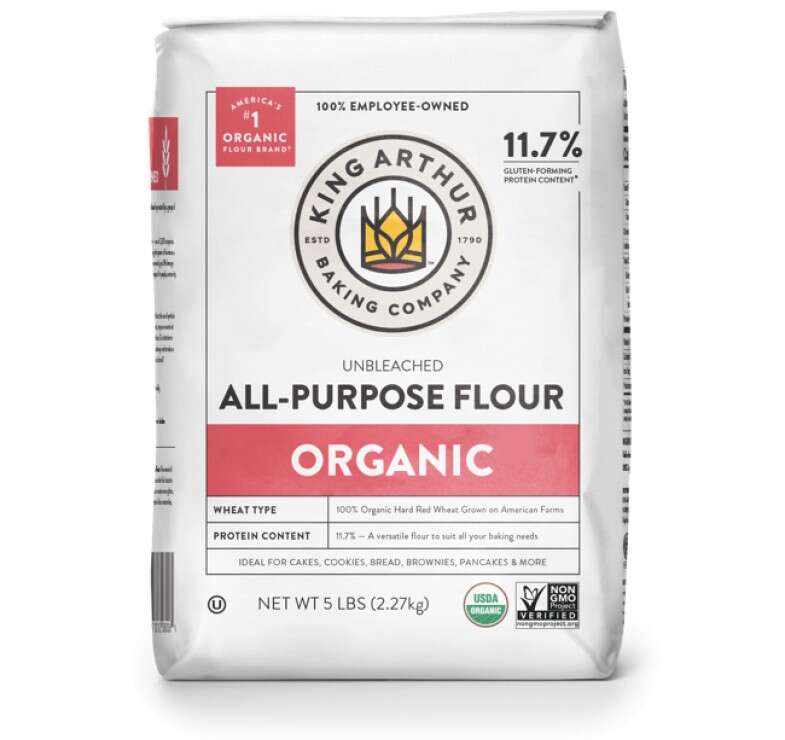 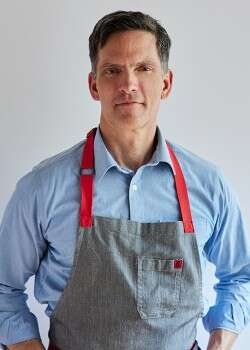 "I just read your article and I wanted to express my appreciation for the thought and care you put into it. Your writing is clear and engaging, and I learned so much from it. Thank you for sharing your knowledge and insights with us."

I clicked the wrong answer! I only use KA flour unless the stores nearby are all out and I'm in a pinch.

King Arthur flour is the only flour I have used since buying it at Trader Joe’s many many years ago. It’s the best!

Thank you King Arthur Flour for such an interesting and important article and thank you Bob Baker for your dedication to organic farming, it’s not easy an easy transition! Our home is an organic farm in PA, everything we grow from fruit and veggies to the lawn around our house is organically grown. We’re working on restoring a couple fields so we can grow our hay organically. I have been a fan of King Arthur Flour Co for probably about 30 yrs, yikes is that possible? A transplanted New Englander my parents would sing your praises. You guys are the best!

Loved the article-thanks. We have been organic farmers for the past 60 years( veggies, honey, meat ) and we are so happy that you have organic products. We only buy our baking materials from you at King Arthur and are thrilled that our local grocery store now carries your Organic flour.Thanks. Arlene
PS I have taught my daughter and grand children to bake with your products !!

Thanks for baking with us, Arlene! We appreciate your support and your commitment to organic farming!

Great article on organic farming! Thank you for the education.

I really loved this blog , I lived on a farm growing up we girl’s always worked picking cotton as soon as it was ready (watching weather) and pulling corn all this by hand (no machines then) I try to support small farmer’s and businesses, I remember the hard,hard work they have put in .
Yet I miss all the times I grew up in , chickens , Ginuea, ducks, Cows,calves, hogs and hog killing season and calves killing season for fresh meat in our freezer. I felt homesick reading this blog, of course organically grown is best ! Thanks for the update.

Thank you for the well written, informative article. I always try to buy organic whenever possible. I know wheat is non-GMO and KAF standards are high, but do the conventional farmers you purchase from desiccate the wheat with Glyphosate before harvesting?

Thanks for checking with us, Richard, and for mentioning how much you enjoyed the article!

You're absolutely right about our standards being very high. King Arthur Baking partners with mills and farmers to produce flour that meets our exceptional standards and specifications to ensure superior baking performance.

For non-organic (conventional) wheat, glyphosate is federally approved for use by farmers. Any application must comply with its regulatory approval, and, if used, residual glyphosate levels in wheat should remain well below the federally mandated level for wheat of 30 parts per million.

As you're aware, we also offer a full line of certified 100% organic flours, where the use of glyphosate is prohibited across the board. Our organic flour line is independently verified by QAI (Quality Assurance International) to ensure organic certification requirements are strictly followed.

We also continue to work with all our wheat farmers and mill network to source the best wheat possible. This includes innovations that make our non-organic White Whole Wheat Flour (whose wheat is grown for us by Farmer Direct Foods cooperative), traceable back to the wheat's source and permit guidelines to be set around crop management, including not using glyphosate as a pre-harvest application.

We offer our organic line and actively pursue a variety of solutions that meet the goals of our Food Philosophy and so that customers have options to suit their individual needs.