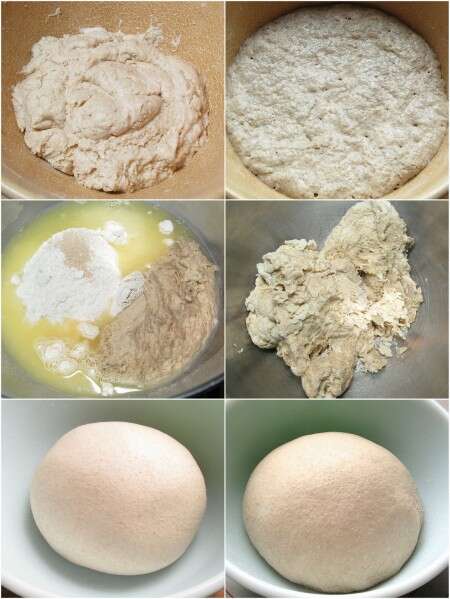 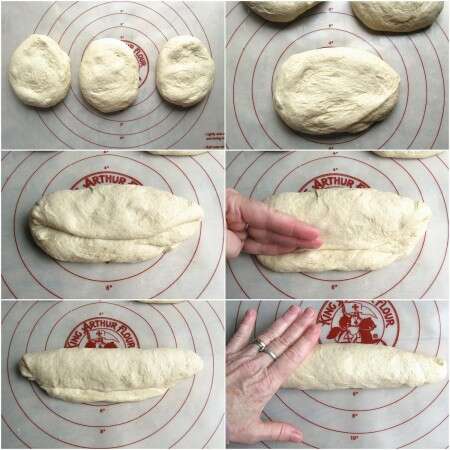 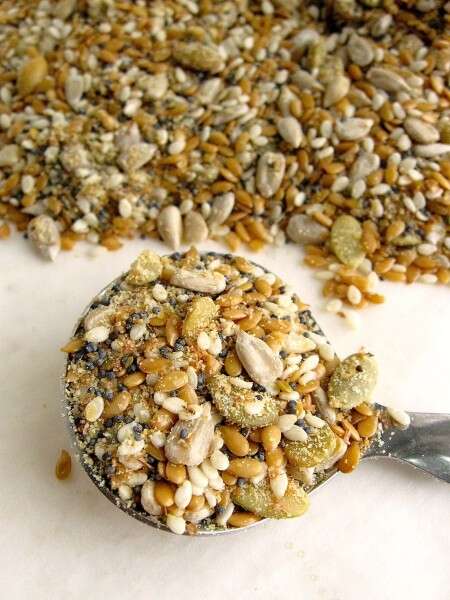 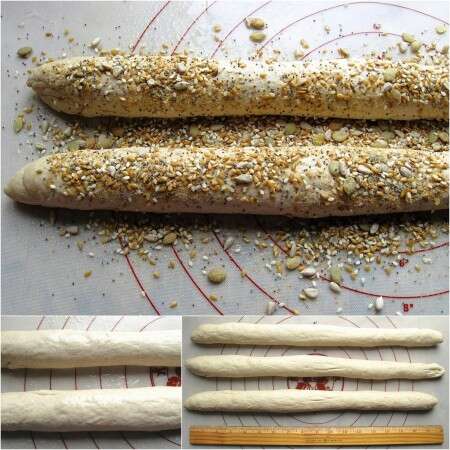 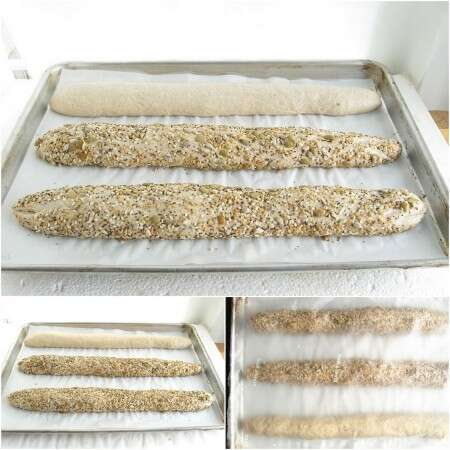 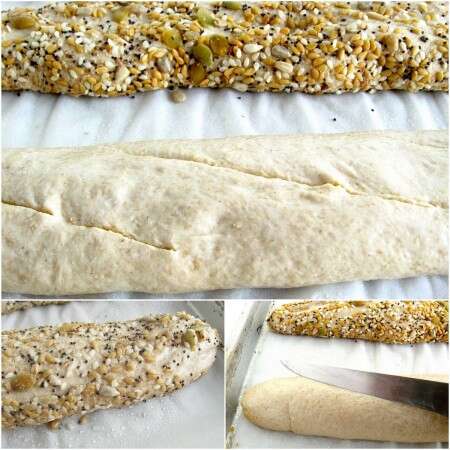 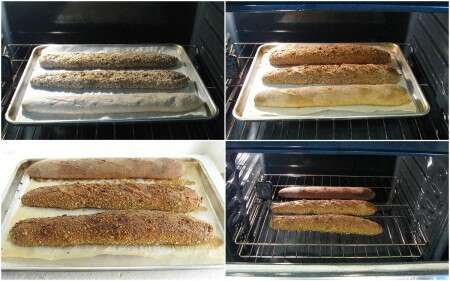 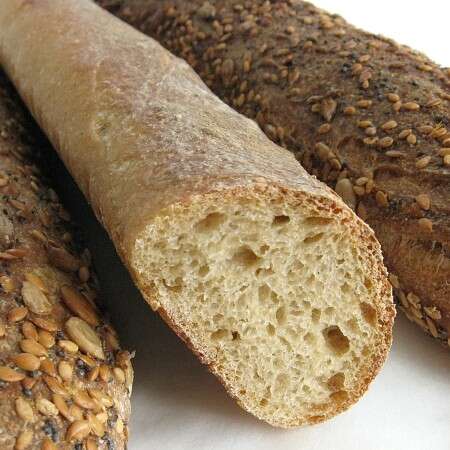 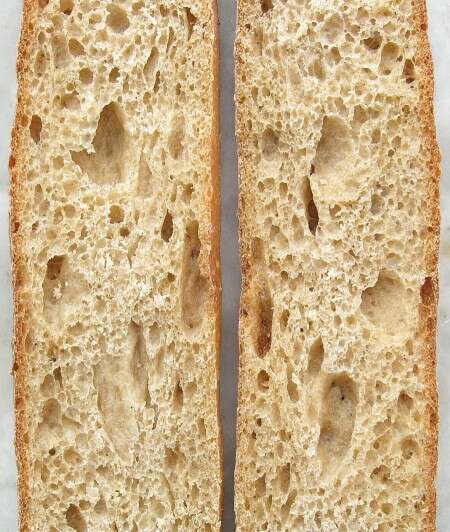 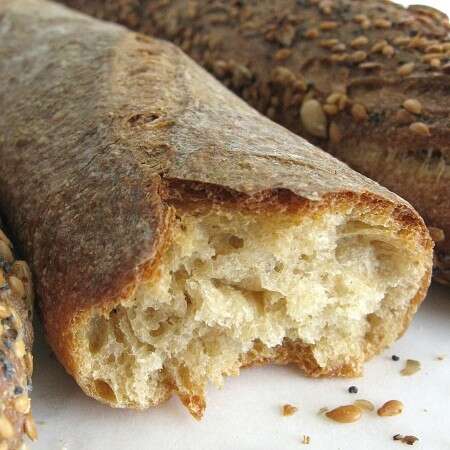 Hello! If I start my starter in the morning what is the shortest amount of time I need to wait before baking? New baker here, thank you!

Good question April! Your starter will be ideal for adding to your final dough after at least 8 hours of fermentation, though if you were in a rush, you could cut it a few hours short to make the baking schedule more convenient. This recipe call for an overnight starter so that you can achieve a fully baked baguette by noon which will give you ample time to enjoy it before bedtime. Happy baking!

*une* baguette ;)
I left my first mixture to rise longer than indicated and it developed a hardish crust on it. I pulled the doughy part away from the crust and tossed out the crust that formed on top. I have mixed the dough that was left with the remaining ingredients. It’s on its first rise. Do you think it will still work?
It should work perfectly fine, Linda. The finished baguettes just might be a little smaller since you lost some of the dough. Happy baking! Annabelle@KAF
For those whose home is too cool at night for a cool room temperature rise -- try leaving the starter in the oven with only the oven light on (no heat, just the light). On these, I kneaded the dough too long the first time I made them, so for a while there I feared I'd wind up with whole wheat baseball bats due to a poor rise, but they came out fairly OK in the end. I'm in the middle of my second attempt and I can already tell this dough handles much, much better.
How many servings and calories per serving?
Thanks to your suggestion, Debbie, we've recently updated the nutritional information for this recipe. When viewing the recipe page itself, click on the link that says "nutrition information" in the "At a Glance" section. Here you’ll be able to see total sugars, carbohydrates, calories, and more. Hope this helps! Mollie@KAF
At first, the bread smelled more like gym socks than a baguette. But after I took that first bite, my opinion made a 180. It was nutty, chewy, crusty, and I couldn't wait to give my extra loaves to my friends. Fabulous recipe!
I'm afraid the measurements are way off. The starter was dry, the dough almost impossible to knead. The cup measurement must not agree with the oz. measurement. Unfortunately I do not have a scale. I've made bread for years without one! I'm afraid much more water or less flour is needed. What would you suggest now that I have this dry hunk of dough desperately trying to rise?!! Should I try to knead some more water? Or perhaps some oil? Thanks.