Cookbook author and blogger Hannah Dela Cruz bakes everything from bagels to boules, but for her, one bread stands out as a nostalgic childhood favorite: pandesal. Recently, she set out to recreate a sourdough version of the pandesal she ate growing up in the Philippines.

Nostalgia can be a funny thing: It makes us long for even the most mundane experiences. Half asleep at breakfast with a spread of meats, eggs, jams, butter, and a brown paper bag full of warm pandesal — this is how I remember my childhood in the Philippines. The side dishes would rotate, but we’d always have pandesal for the whole family to share.

Pandesal is a soft yeasted bun usually eaten for breakfast. What sets it apart from other bread rolls is its crisp breadcrumb-coated crust. A freshly baked pandesal is great on its own, but Filipinos most commonly eat it dipped in coffee or hot chocolate, filled with breakfast staples like Spam and eggs, or topped with rich spreads like peanut butter, coconut jam, or kesong puti (fresh farmer’s cheese). Pandesal is practical and accessible rather than fancy or elaborate, but for Filipinos it’s every bit as iconic as the French baguette.

While some people probably bake it at home, pandesal is more commonly purchased at neighborhood bakeries in the Philippines. Wake up early enough, and you’ll smell the aroma of freshly baked bread wafting through the streets. My family purchased a fresh bag every morning, and if we were lucky and timed it just right, we’d get pandesal still hot from the oven.

The Philippines is an archipelago made up of more than 7,000 islands. Each region derives its food traditions based on the local ingredients available, and every province boasts its own specialties. But something all Filipinos have in common is pandesal, no matter where you live or your socioeconomic status.

Pandesal owes its ubiquity to its colonial origins. The Philippines was under Spanish colonial rule for over 300 years, and the Spanish introduced both wheat and bread to the country during this time. Thus many of our breads have “pan” in their names, the Spanish word for bread.

Although wheat is not a native crop (and isn't grown in the Philippines today), the country has an extremely rich bread culture. Our most beloved breads have cosmopolitan roots, from ensaymada, a brioche-like roll topped with cheese and buttercream that traces its origins to Mallorca, to pan de coco, a soft roll with sticky sweet coconut filling that arrived from Honduras (although their version is unfilled and more savory). In each instance, we infused breads with our unique tastes to make them our own.

The original iteration of pandesal is thought to have been crustier, more like European hearth loaves, and naturally leavened with a type of alcohol made with coconuts known as “Tuba.” The contemporary version evolved out of necessity. Because the country imports all of its wheat, bakers only had access to a softer type of wheat with a lower protein content, resulting in the plush and airy pandesal we know today. When the Americans took over the Philippines in the 1900s, they introduced commercial yeast and even cheaper, lower protein wheat; as a result, sweet, soft white bread is now the standard in Filipino panaderias.

Recreating a bakery classic at home

When I set out to create my pandesal recipe, I wanted to stay true to the bakery classic I grew up eating. I had a very definite idea of what my ideal pandesal should be: light and airy, with a crusty exterior and a pillowy interior that collapsed as soon as you bit into it. Pandesal is usually meant to complement, not upstage, its fillings, so the crumb had to have a slightly sweet flavor that wasn’t too rich.

Timing was also incredibly important. I wanted a recipe people could bake first thing in the morning, so they could have their pandesal the way it's meant to be enjoyed: for breakfast. And finally, I also decided to make mine with sourdough starter to honor its naturally leavened origins.

Putting my recipe to the (taste) test

Because we didn’t bake them at home, I had to work from memory to reverse engineer my ideal pandesal.

I developed and tested three different recipes. The first was based on recipes I found using butter, milk, and eggs, resulting in a brioche-like bread. Although delicious, this version was a bit too buttery and didn’t feel very authentic for me. As a result, I tested two more recipes using neutral-flavored oil instead of butter, one with milk and the other with just water.

Luckily, my brother was visiting as I worked, so I baked each version and conducted a taste test for him, his partner, and my boyfriend. The winner was unanimous! My brother agreed that the pandesal made with oil and water tasted the most authentic and our partners, who both grew up in the United States, liked this version the best as well.

Using oil and water resulted in a bread with the softest interior and an incredibly light and airy mouthfeel. Although the buns made with dairy were still good, they tended to be denser, and the addition of milk did little to improve flavor.

The success of this bake depends on the activity of your sourdough. To mimic the taste and texture of pandesal, it’s important to keep your sourdough starter active by feeding it a few times before baking. This ensures it’s vigorous enough to make your dough rise, while taming its acidic flavor.

Baking with a mature and fed sourdough starter is vital: If your dough doesn’t rise during bulk fermentation, you’ll end up with bread that tastes like dense hockey pucks. Before shaping your dough, make sure it feels airy and you see a pronounced increase in volume, even if that means letting the dough rise for longer than the recipe calls for.

Our own world-class bread

There’s truly nothing like eating freshly baked pandesal. This bread is intertwined with the history of the Philippines, and my own quest to recreate this childhood comfort food taught me about my country’s past and how we’ve transformed external influences into delicacies that are uniquely ours. I hope you try my recipe and taste a piece of Filipino history and culture yourself. 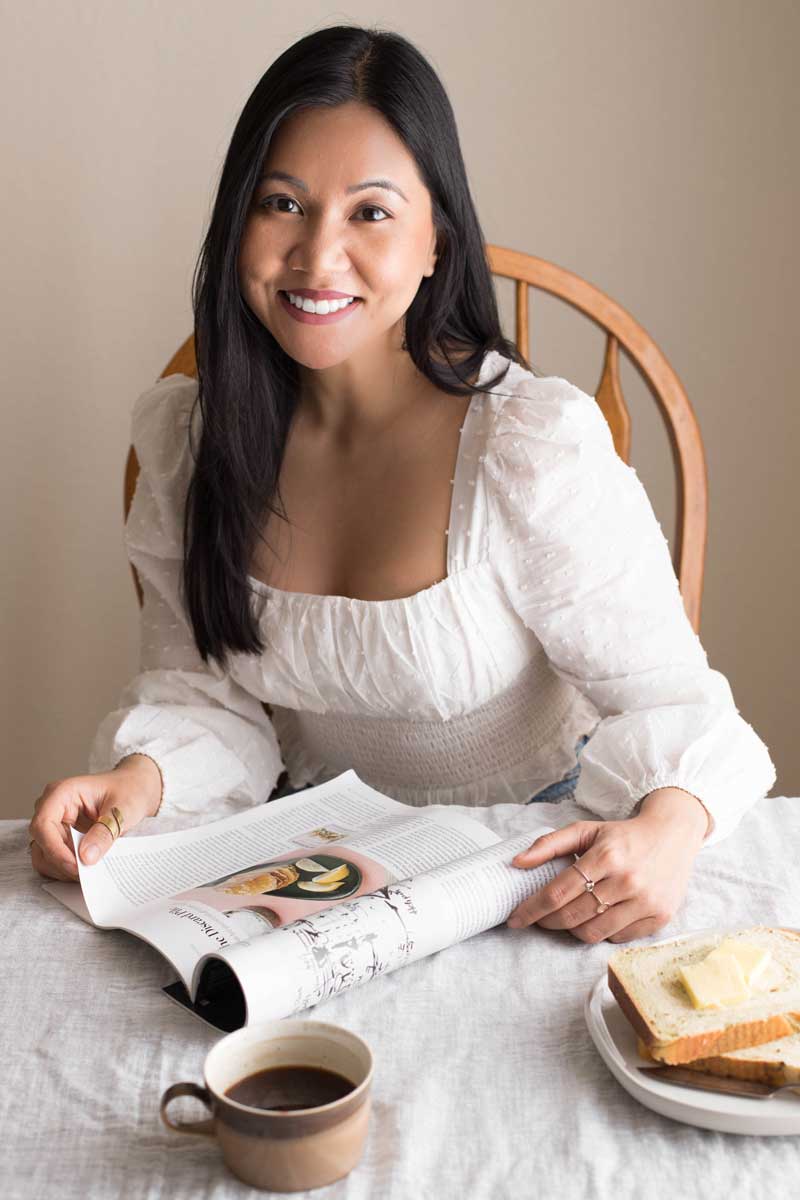 Hannah Dela Cruz is the founder of Make It Dough, a sourdough baking blog that won the Saveur magazine Special Interest award. She lives in Tucson, Arizona.

I would love to try this.

I’m excited to try this recipe of pandesal of my childhood!

I tried pandesal when I lived in Dubai and absolutely LOVED it! Thank you for giving me all the background on how it came to be so well loved in the Philippines! Can't wait to try to make it on my own!!

Loved the stories of your childhood and can't wait to try these heavenly-sounding little buns. Thanks!

I fail miserably with sourdough. Can this be made with store bought active dry yeast?

Hi there, Syamantak! The sourdough starter accounts for a portion of the flour and water in the dough so it won't be a simple swap but you're welcome to experiment! We'd suggest starting out by replacing the sourdough starter with equal parts of flour and water and adding about 2 teaspoons of yeast. The rise times will be much shorter than listed, so you'll need to keep an eye on the dough and go by how it looks and feels in comparison to the descriptions given in the recipe. Best of luck and happy experimenting!