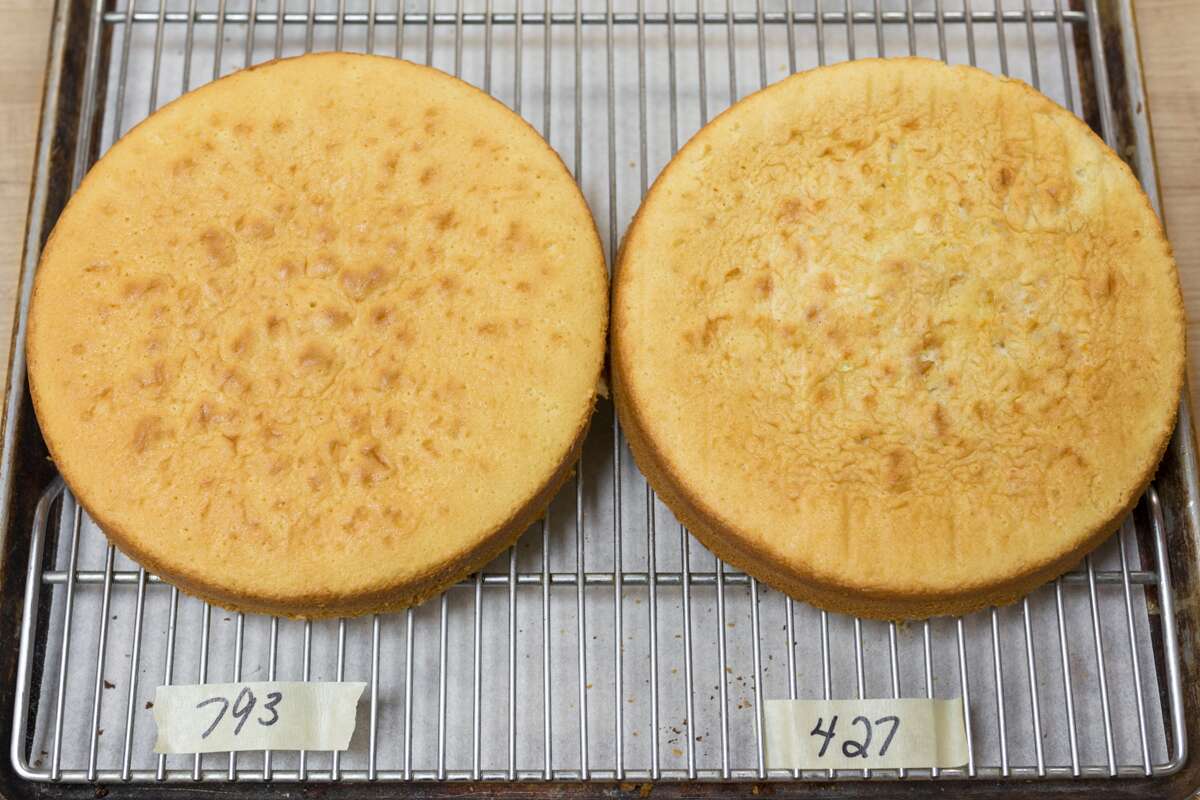 Once a batch is baked, the finished cakes are sent out for taste-testing. One cake will be the standard recipe, the other the modified version. 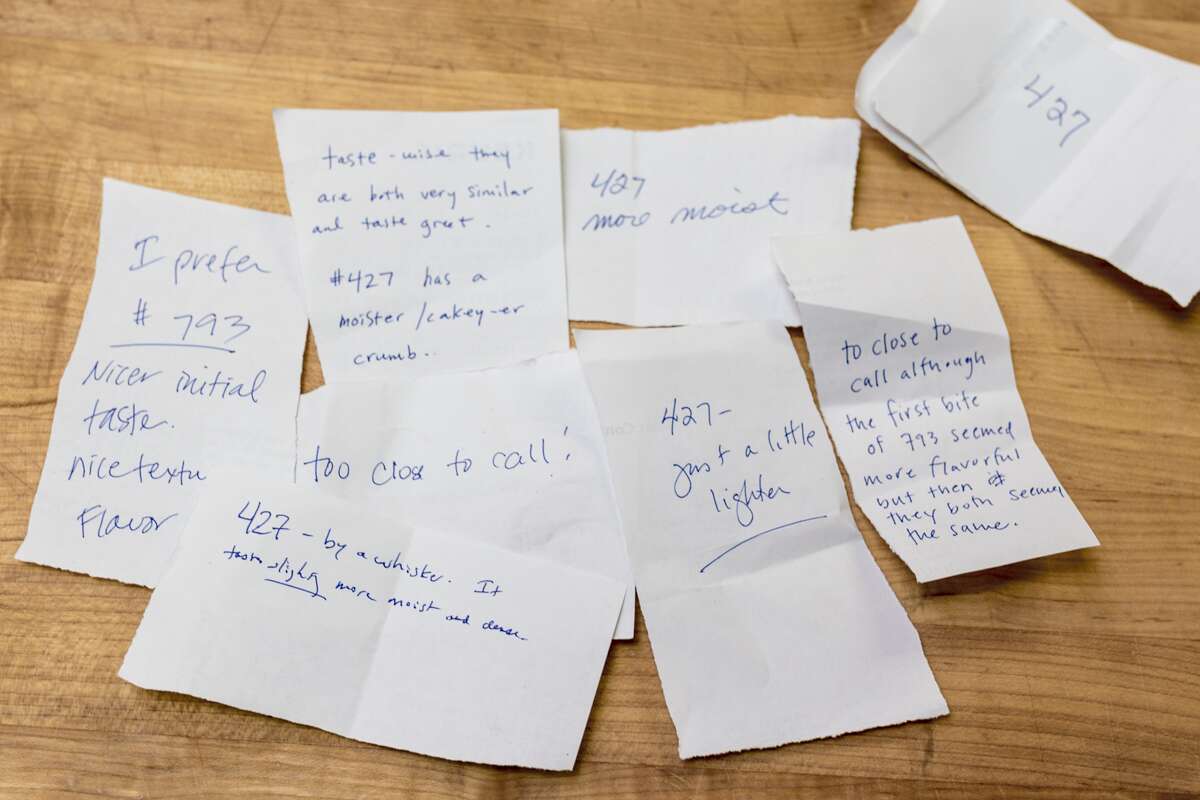 I miss seeing new posts from you MJ. Hoping to see more from you soon.
Awww, thanks Viv! Stay tuned for the annual Halloween blog, I'll be making an appearance there for sure! <3, MJ
Love to see the process you guys go through when producing great recipes for us to bake! I love how you considered the feedback from bakers and did something about it--I can't wait to try the revised version of this cake!
Where is the updated version of the cake? I'm still seeing...thanks Golden Vanilla Cake Published: 01/01/2010 in guaranteed classic
The recipe as written now is the updated version. You can see in the italics where we note what changes were made. Sorry for any confusion. ~ MJ
Thank you for giving us a behind the scenes peek at how you adjust recipes. I tried this a while back, flavouring it with Fiori Di Sicilia, and an Italian meringue buttercream icing. It tasted lovely but I was disappointed in the dryness and crumb. It's the only KA recipe that I felt I wouldn't bother with again.... but now I look forward to giving the update a try! Today, though I'm making an old fashioned German's Sweet Chocolate cake (new baby congratulation gift), oatmeal chocolate chip cookies for the husband, and venison dog biscuits for the....dogs. It's an old fashioned baking day here.
Barbara, sounds like you're going to make this young family (including their dog) very happy! What a lovely way to greet a new baby! Barb@KAF
In my "PERFECT TIMING FOR SUNDAY CAKE" Post--I forgot to mention that I SIFTED the "All Purpose Flour I used" and I also had to bake one of the layers about 5 minutes longer because the center needed additional cooking time. I always sift my flour for a cake like this. But this cake is good and even good for a beginner.
Please don't mess with your GF yellow cake. It is moist with the best flavor! No one can tell it's GF. :)
Noted, Lyn. Thanks for saying so! Mollie@KAF