The Grain Gathering, an annual convocation of 250 people from many walks of life passionate about growing and eating grains, was held Aug. 20-22 at Washington State University in Mount Vernon, WA. A number of King Arthur Flour employee-owners participated, including baker/teacher Jeffrey Hamelman, who files this report.

The Grain Gathering is perfectly named.

Its focus is on grains of all varieties – wheat, rye, barley, buckwheat, and an array of "ancient" grains. 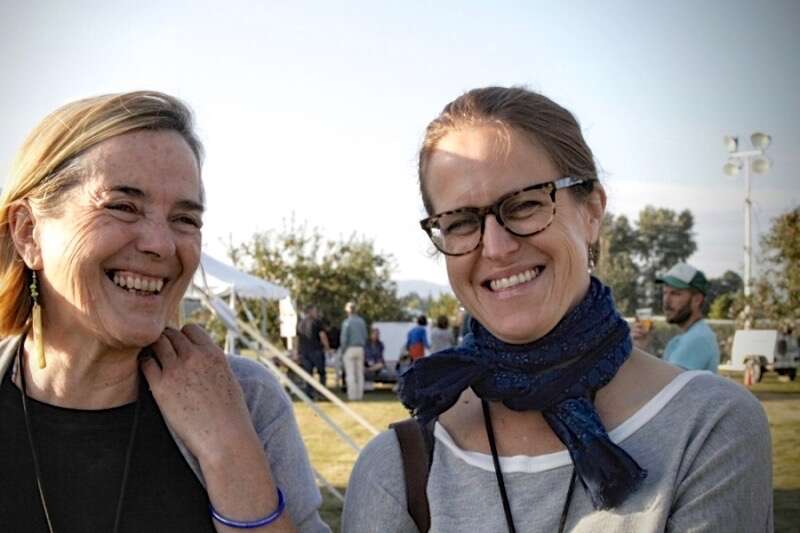 It's truly a gathering.

It brings people from all parts of the grain world together – the proverbial farmers, millers, and bakers, both professionals and dedicated amateurs.

Were it a conference, attendees would likely show up at 9 a.m., register, listen to a few speeches, and disperse at the end of the day. 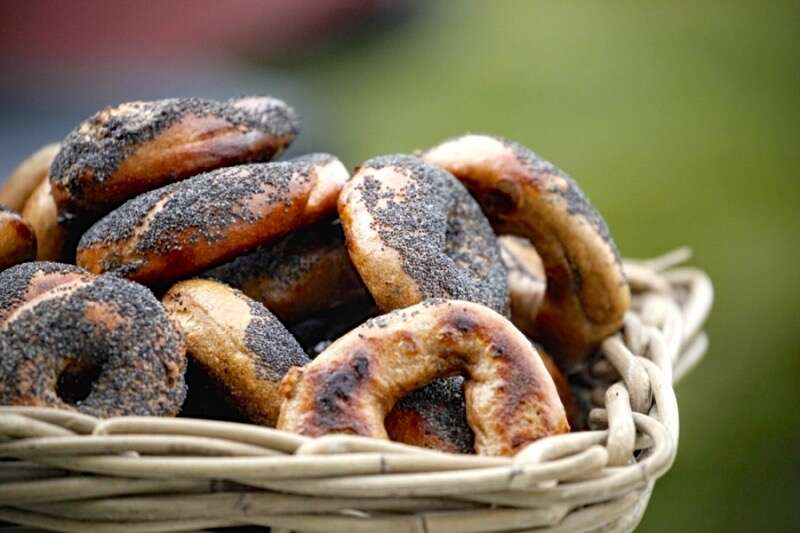 The gathering aspect of the Grain Gathering is rather different from a typical conference: attendees show up at 7:30 a.m., have breakfast of just-baked bagels from a wood-burning oven, various spreads, and pickles and other delights.

Then after some morning commentary from Dr. Stephen Jones (a wheat breeder, director of The Bread Lab at Washington State, and the prime mover of the Gathering), we listen to the perspectives of a keynote speaker. This year's gathering featured two European women, one from Spain, one from Denmark, both of whom are mill owners and bakers.

There are morning workshops of all varieties.

Lectures about gluten or sourdough... 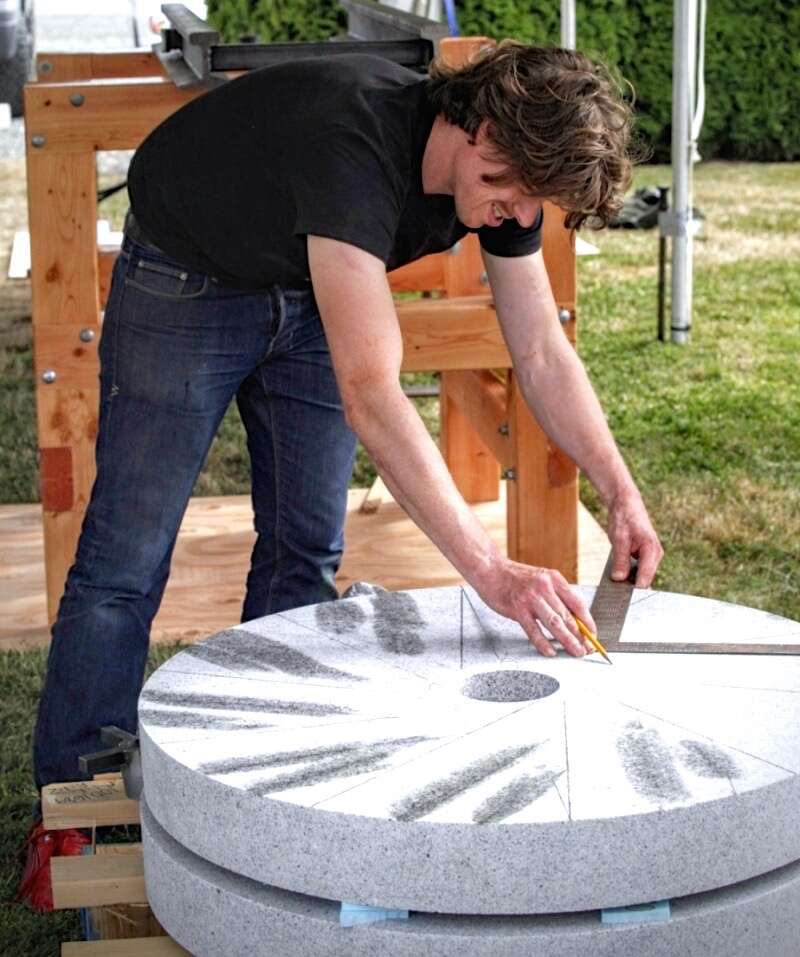 ...a class on building a stone mill, and hands-on classes are offered on all manner of subjects. 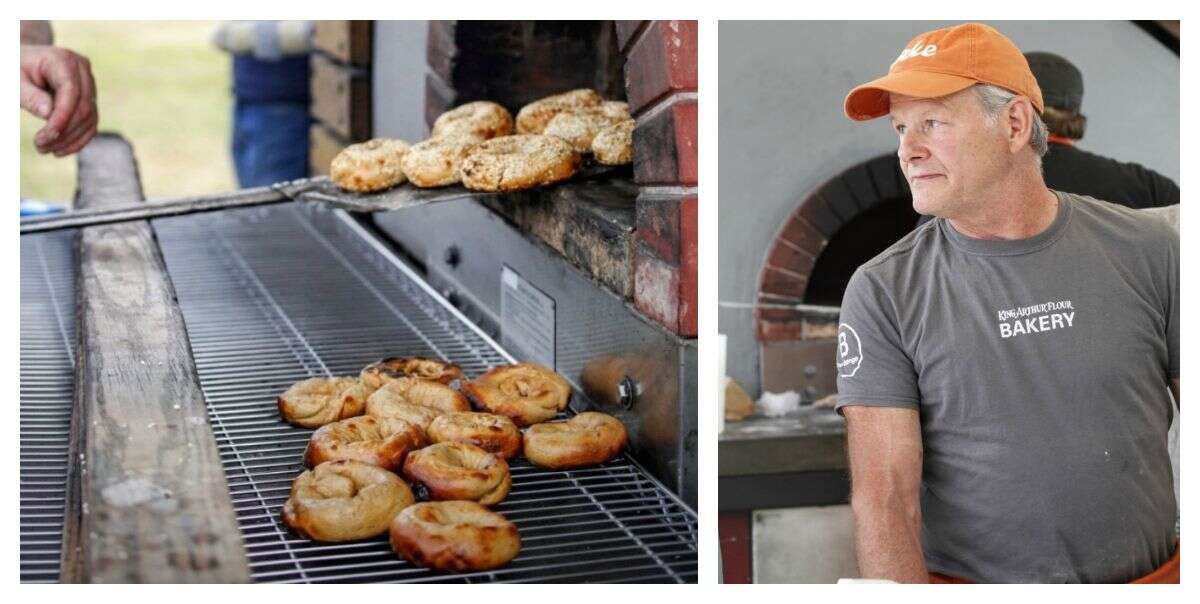 I was fortunate this year to use a wonderful wood-burning oven for the class I taught, in which we made a wide array of flatbreads. 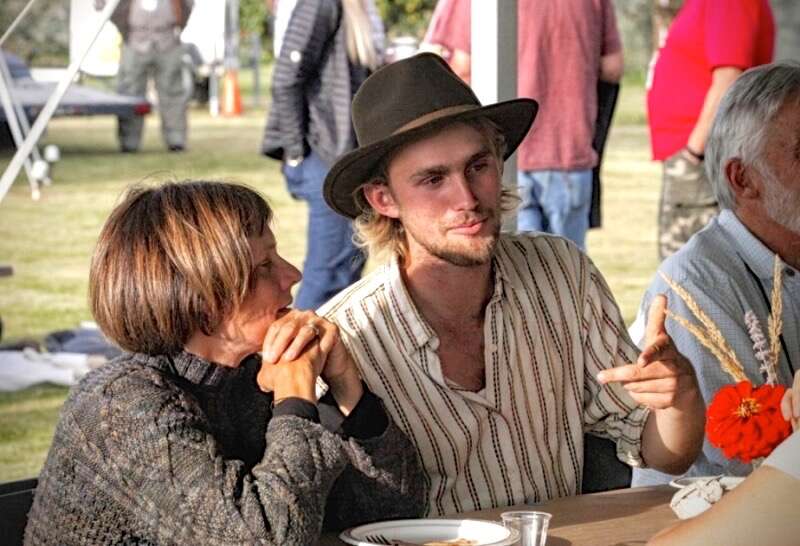 Lunch follows, and again we all eat together, generally winding up in a different group at each meal. 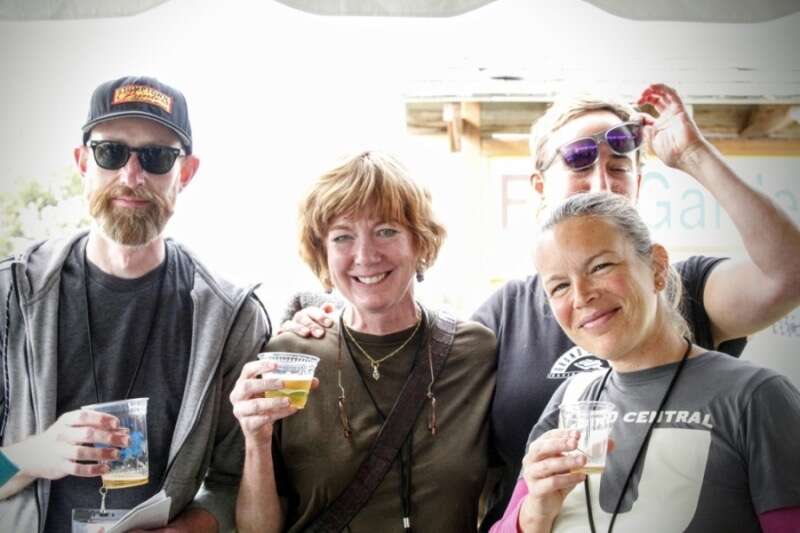 There's plenty of time for socializing.

The afternoon sees more classes, and when those are over, it's time for more socializing, this time sampling several local beers (and even whiskey this year), before sharing dinner together. And the next day? Repeat... 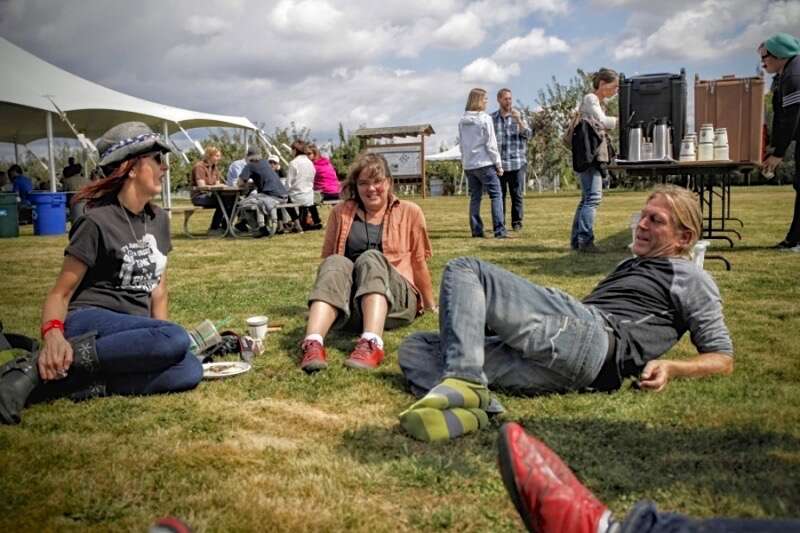 I wouldn't be alone in describing the Grain Gathering as the pre-eminent event of its type on this continent. The 2 1/2 days are filled with inspiration, learning, socializing, making new friends, and connecting with dear friends and colleagues whom we never seem to see often enough.

King Arthur Flour is proud to support the Grain Gathering.

And it's with immense pride that I say that King Arthur Flour has been a first and foremost supporter of the Grain Gathering since its inception. We're partners in this endeavor, and that partnership is one more way that the skill of bakers (and farmers and millers) and the overall quality of the baking world in North America is steadily improving.

Our thanks to Martha Holmberg, who provided the photos for this post. 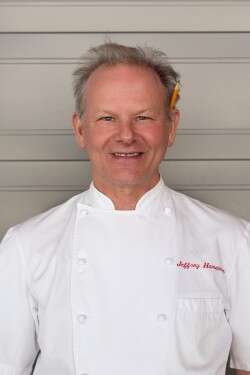 Jeffrey Hamelman is the author of BREAD: A Baker's Book of Techniques and Recipes and a recipient of the Bread Baker's Guild Golden Baguette Award. He's one of a limited number of Certified Master Bakers in the United States and a past captain of Baking Team USA. He was an employee-owner at King Art...
View all by Jeffrey Hamelman

I have come,(late in life) to the ancient art of bread baking, mostly because of KAF. I was thrilled and, yes, invigorated, to see the Grain Gathering e mail. I'm a Northern California girl and was excited to see this event so close to "home".....maybe next year? My son in law has a wood burning stove similar to the one in which the pictured bagels were baked. I would love to "Wow" him by baking bread in his stove. I realize I'd be dealing with high Celsius and that time and temperature are very key. Can you help me with this? I use a cast iron pot in high temps for my breads in my oven, but know that I'd need more info to obtain a crusty bread and not blackened brick! Again, I absolutely love what Grain Gathering is doing. Thank you, Helen
Hi Helen, there's lots to learn with wood-fired baking, and most of it comes with experience as you gain familiarity with your wood-fired oven. However, having the right tools is also important to achieving success. An infrared thermometer to take the temperature of your oven can help give you an idea about how long your bread should bake. You'll also want to use an instant read thermometer (like the Thermapen) and test your bread for doneness; if you are baking a basic rustic bread, shoot for 190-195 degrees F in the center when it has finished baking. A baker's peel will also be a handy tool to have so you can load your bread into the hot oven and rotate it while baking. If you find that your bread is browning too quickly while the center stays uncooked, you may consider baking the dough in a heavy-bottomed pan (cast iron works well for this). For more tips and detailed instructions, please call our Baker's Hotline at 855-371-BAKE. Kye@KAF
I was in the area and did not know about it. Sorry to have missed it...
Good thing it is an annual occurrence! Maybe next year? Kye@KAF
I had so much fun at the Grain Gathering! I first heard about it from King Arthur Flour's emails! It's pretty funny to think that I learned about something that is only one hour away from me from people on the other side of the country! I enjoyed making soba noodles next to you Jeffrey! My kids loved eating them too! I loved your flatbread class - I think it was my favorite! The flatbreads were too yummy! I especially loved the chocolate one!
I had so much fun attending the Grain Gathering! It was my first year there - I'd heard about it from reading King Arthur's emails! I enjoyed making Soba noodles next to you Jeffery! My kids loved eating them too!
ids there a way to contact dr. jones? I am very interested in how the traditional grains of western and eastern Europe can be used as part of a nutritional supplementing to diets of persons whom as I have had sustained acquired brain injury. it seems difficult for myself and others to be able to relate to medical and social service agency personell there is a distinct relationship to what grains ( e.g. soy) used in " bread " or substances sold as such in many rapid fire take out "meals?" and the reactions they have on what may be left intact after susting a injury of this type: this is especially a issue when frontal lobe injury has been devastating to reasoning and communication centres of the human or animal brain. any ifo on that would be of great benefit . a second request arises from reading of the grains festival, have you any material I may read and plan a trip to british Columbia through? thank you john (bear) la berge I'm sure if you contact the Bread Lab directly, they will be happy to assist in any way they can with your quest. ~ MJ

King Arthur is proud to support the Breadlab as they recreate local grain networks.

Dispatches for the Northwest