While bread is the most commonly eaten food around the world, some stunning loaves are anything but ordinary. One of our favorite extraordinary breads is Beigli, a traditional Hungarian roll. Below, Amy Emberling from Zingerman’s Bakehouse shares the long, winding journey of this special bread.

Beigli is a beloved Hungarian treat — a yeasted cylindrical roll with a delicious sweet filling, eaten most commonly for Christmas and the New Year. We’ve been making beigli at Zingerman’s Bakehouse since 2012, and every year it makes our holidays even more special.

For those who don’t know us, Zingerman’s is a group of local, artisanal food businesses in Ann Arbor, Michigan. We’ve grown around the ideas of learning about food traditions and sharing with our community; we want to be able to taste, learn, and keep time-honored baking techniques alive.

About ten years ago, we began researching Hungarian baking traditions and found these recipes were full-flavored with complex origins, and also not-so-well-known here in the US. So we took several trips to Hungary to learn from both professional and home bakers, and from those experiences, we started to make a wide range of Hungarian sweets. Beigli is one of our favorites! (We also learned to make some savory Hungarian foods, but that’s another story.)

Hungary has an incredibly rich and varied food tradition (reaching back more than 1,000 years) that’s evolved with the country’s often difficult history. The famous Hungarian restaurateur and food writer George Lang once wrote, “It wouldn’t be too farfetched to say that Hungary specializes in winning international culinary battles and losing revolutions.”

Today’s Hungarian cuisine has influences from the nomadic Magyars (the ethnic founders of Hungary), the Turkish Ottoman Empire who controlled Hungary for close to 200 years, and the Hapsburgs of Austria, the ruling dynasty of the Austro-Hungarian Empire. Over the centuries, the cuisine evolved not just through invasion but also through invitation: Hungarian nobility invited both French and Italian court chefs to their own kitchens, creating a novel meld of flavors, dishes, and techniques.

Communist rule after World War II left its mark on Hungarian foodways through the consolidation of many food industries, destruction of some local food knowledge, and isolation of Hungarians from much of the world. Hungarians have since overcome this past, and now enjoy a creative and lively food culture in both professional kitchens and at home. Today, traditional recipes continue to be developed and updated for 21st century Hungarian tastes.

Beigli is made of an enriched yeasted dough traditionally filled with either poppy seeds or walnuts (dios). In Hungarian folklore, poppy seeds symbolize richness and good health, and walnuts are protection against bad luck, two wishes that are particularly important during the holidays and at the start of a new year when this bread is most often prepared.

It’s not all about tradition, though; in today’s vibrant Hungarian food scene, bakers now make new fillings with ingredients like chestnut, apple, and prune. Hungarians, like Americans with our Thanksgiving pie tradition, literally line up at bakeries to buy their Christmas beigli, and home bakers make their own beloved versions, often guarding their personal recipes. Everyone has their own opinion on what makes the best beigli. Although beigli is often served during holidays, it’s available in many bakeries all year round and eaten at breakfast, as an afternoon snack, and for dessert.

How did beigli become a Hungarian tradition?

One of the things I enjoy the most about the history of food is that it usually shows connections across large geographic areas beyond the national borders we so often associate with traditions today. The story of beigli is just like that. Its origin most likely dates back to 14th century Silesia (a historical region of Central Europe, mostly in modern Poland and along its borders with Germany and the Czech Republic). The Hungarian name beigli is thought to come from German-Yiddish terminology meaning "to bend," reflecting the original shape of the pastry.

The beigli is believed to have made its way from Germany through Austria to Hungary by the early 19th century. Ultimately, the first mention of beigli was in the 1830 edition of The Hungarian National Cookbook written by István Czifray.

Beigli became popular in Hungary in the second half of the 19th century when Hungarians started celebrating Christmas with German traditions. Its most famous cousin is a Slovak treat, the "Bratislava Croissant": a large yeasted, crescent-shaped roll stuffed with walnut or poppy seed fillings. Versions of beigli with different names can be found all over central and eastern Europe today; as with most beloved recipes, iterations and recipes have evolved over time.

Making beigli is a wonderful baking project. It begins with making a yeasted dough enriched with butter and lard. Pork is the primary protein in Hungary, and lard is a common ingredient in cooking and baking. This recipe, which comes from the fifth-generation bakers of the renowned Auguszt family of Budapest, also includes cake flour (slightly unusual for a yeasted baked item) to create a more tender dough.

After the dough is made, a filling is prepared. Usually, the filling includes either ground walnuts or poppy seeds sweetened with sugar or honey, but sometimes it’s flavored with cinnamon or lemon zest, and occasionally raisins make it into the mix. The dough is flattened into a rectangle, the filling is spread evenly over the dough, and then the whole thing is rolled into a cylinder, not unlike an American cinnamon roll.

Next comes the critical and unusual two-step egg wash — first, with the yolks, then the whites — which creates its signature mahogany color and crackled crust after baking.

The trickiest part of making beigli is creating a perfectly formed cylinder without any major cracks and leaked filling. The texture of the dough, thickness of the filling, and proofing all contribute to a perfect beigli. But don’t let perfection deter you. As we say to the students of our baking school, “Perfect is the enemy of good.” Beigli is usually served already sliced, so if yours isn’t perfect in appearance, no one needs to know. It will look and taste great when served on a platter.

A centuries-old baking tradition lives on

The Auguszts, who we learned to make beigli from, are the longest-standing baking family in Budapest, and they still operate several bakeries there. During our research, we had the good fortune of meeting the family. They kindly took us under their wing and shared their baking wisdom. We even enticed Augusta Auguszt to join us in Ann Arbor to visit and teach. Their knowledge lives on with us every December as we bake hundreds of beigli for our community, and now it can live on with you!

For more bread recipes that go beyond the ordinary, check out our collection of Extraordinary Breads. 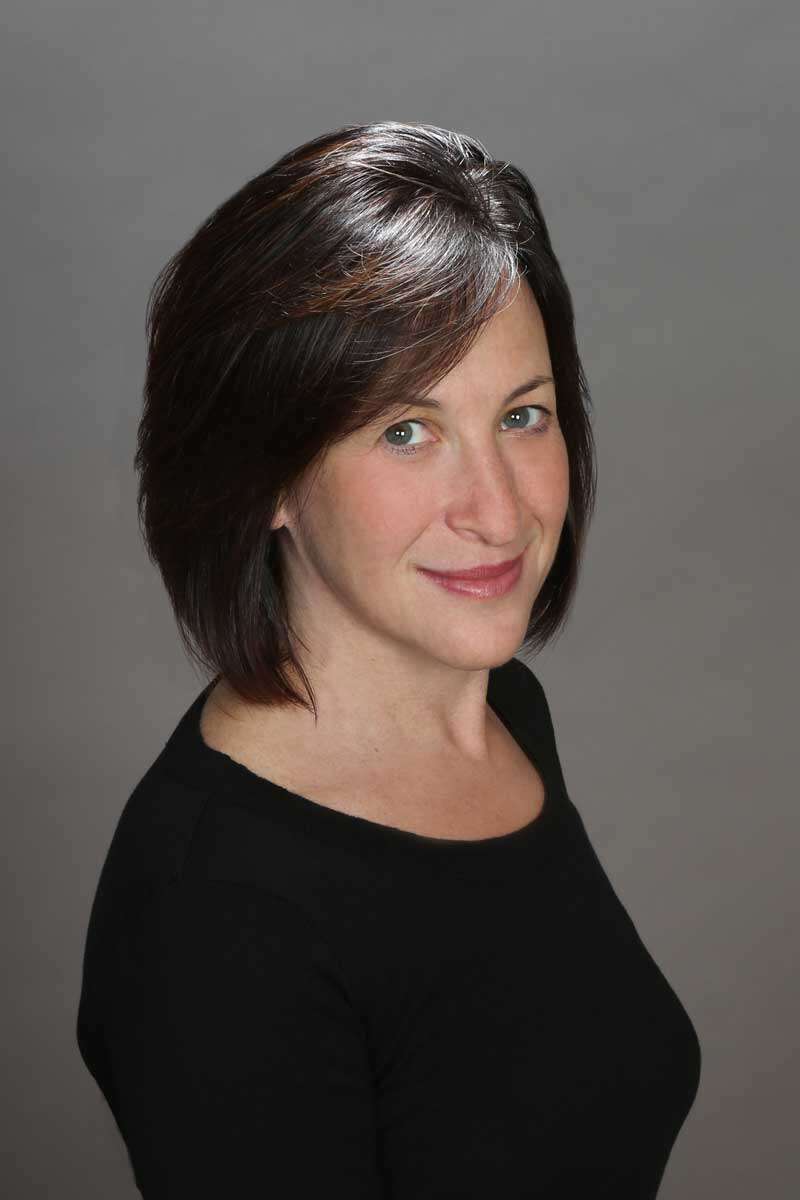 Amy Emberling is a Managing Partner at Zingerman's Bakehouse, one of the ten businesses in Zingerman’s Community of Businesses in Ann Arbor, Michigan. She’s been combining her interests in making delicious food, sharing its history, and business management at Zingerman’s since 1992. She believes that business can be the source of positive social change and community building.

View all posts by Amy Emberling

Was curious how this differs from potica? Maybe thicker dough?

Hi, Janet! You can compare it with our potica recipe here: Potica. Happy baking!

Thanks for the recipe. My uncles were all professional bakers here in the US. They were all born in Hungary and I remember one of my uncles making the poppy seed "strudel" which I was told was called "muun" - not sure of the spelling. I have not had that since my uncle passed away many, many years ago. I can't believe it, but I liked this even as a child.

Poppyseed strudel is called 'Mohnstrudel'. My Oma Betty told me about it. Her mother had a special chopper for chopping poppyseeds for fillings.

I did fill this out and not sure what happened to it. Most Balkan countries have similar recipes. They vary from region to region. I was born near Hungarian border and my Serbian grandmother used to make Walnut and Poppyseed strudel. I make it also but my kids always preferred walnuts. They love Dobosh Torta another wonderful dessert that originated in Hungary. Regarding Cabbage strudel for lenten holidays. You can buy Angelhair shredded cabbage in the store, use oil to saute diced onion first and then add cabbage, salt to taste and pepper and saute it until it wilts down. Some people may add a bit of Hungarian sweet paprika for color. Get a package of Phyllo dough. Layer six sheets sprinkling each with a mixture of oil and club soda. Spread your wilted cabbage, fold ends and roll like a jellyroll. Brush top with same mixture o oil and club soda and bake at 375F until golden color. Check after 35minutes. Good luck.

Thanks for the memory. My mother made these at Easter. She made them with all the fillings mentioned in the article. I think this Easter I will follow in her footsteps. I will aLso look up your catalogue.

My mom made this but we just called it nut roll or poppyseed roll. She also made it with apricot filling. My dad's parents were Hungarian and our little village in Pennsylvania was home to people of all different European ancestries. The walnuts were finely ground and mixed with sugar, milk, and a little cinnamon. We also just bought the already prepared poppyseed filling available in the grocery store and it's delicious. I made it once years ago but I think I'll give it another try this year. I think I'll surprise my family and make it for Easter. Thanks for the inspiration!

I love the history of foods.

My german/hungarian grandmother who emigrated to Canada in the 1920's made this walnut and a poppy see roll every holiday. Walnut was my favorite. You have inspired me to make this for Easter!

She also made a fabulous savory cabbage streudal for a meatless Friday night dinner served with a bean soup. I have never seen the cabbage streudal recipe anywhere. Does anyone in your bakery group make this and have a recipe to share?

Crossing fingers!
thanks for this lovely article. The heritage of food is so interesting!