What kind of cocoa powder do you have in your pantry?

If you answered, “Um, the kind that comes in a brown can?”— then this article is for you.

And if you answered, “Well, I have Dutch-process for my favorite chocolate cookies and natural for my mom's brownie recipe, and a blend for when I can’t make up my mind, and then there’s the black cocoa…” Then congratulations: you know your cocoas. But guess what? This article is for you, too.

Because even if you know the difference between Dutch-process and natural and black cocoa and the various blends, and oh yeah, don’t forget cocoa rouge — there’ll come a time when you’re out of one, you want to substitute another, and you’re just not quite sure if that substitution is going to work out.

In many recipes, cocoa types are interchangeable

The good news is, most recipes from a reliable source will call for “unsweetened cocoa, Dutch-process, or natural.” So whichever cocoa you have, you’re good to go: all cocoas are either natural or Dutch-process, so either one will work.

And what if the recipe just says “cocoa,” without specifying a type? Then you should expect it’s been developed to work with either natural or Dutch-process cocoa and feel free to use either one. 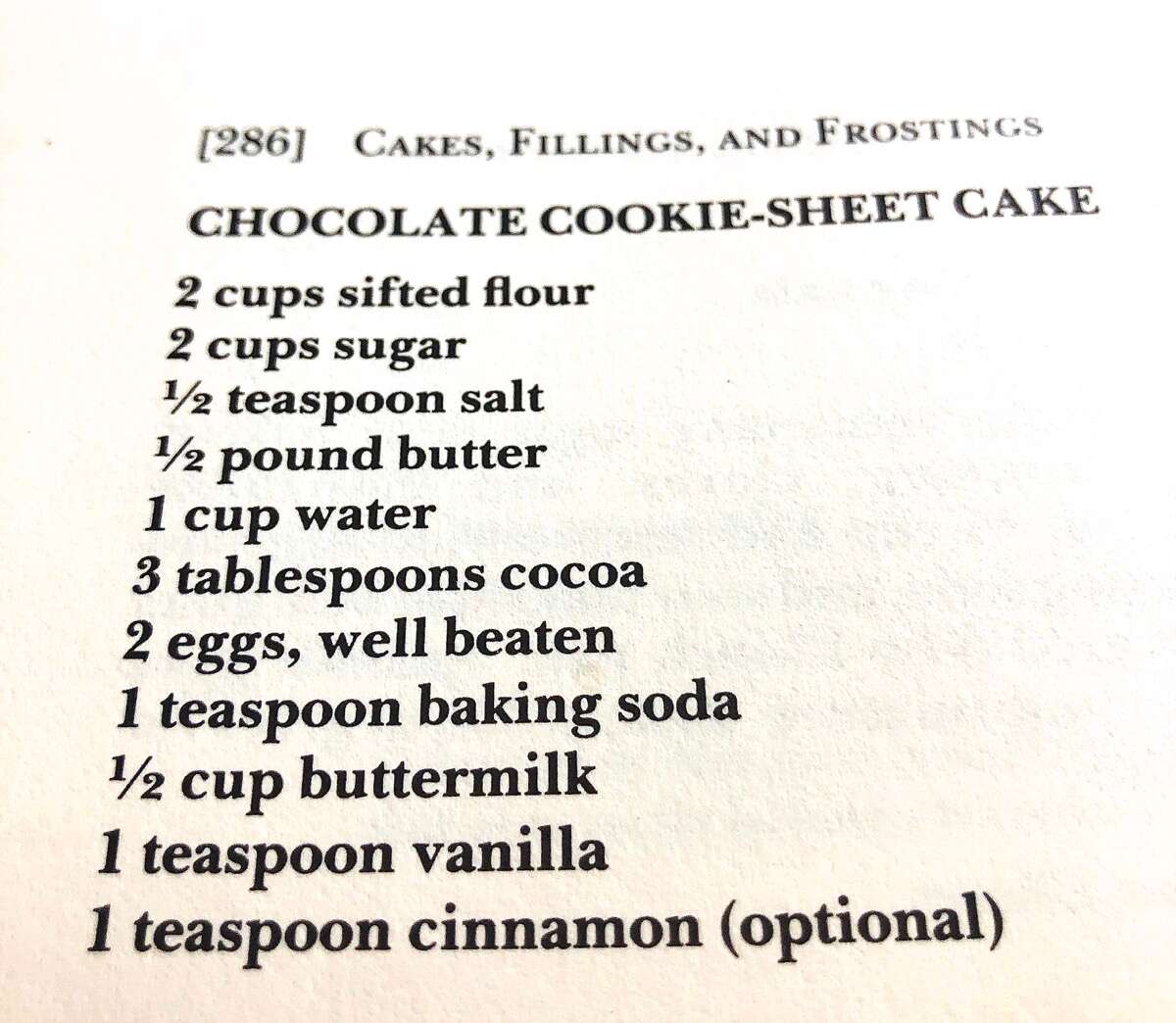 One exception: older American recipes. Since Dutch-process cocoa wasn’t widely available to the typical American baker for much of the 20th century, most recipes of the era called simply for “cocoa” — which meant natural cocoa. If you’re sampling one of these older recipes, use Dutch-process if you must, though natural is a better choice.

But back to your original cocoa conundrum: What if the recipe calls specifically for Dutch-process or natural cocoa, and you don’t have the one you need — can you substitute what you have?

Natural vs. Dutch-process cocoa: how they differ

Natural cocoa, the classic type your mom or grandma probably used in her chocolate pound cake, brownies, and hot fudge sauce, is simply unsweetened chocolate ground into powdered form. Typically, most (but not all) of the chocolate’s cocoa butter is removed in order to keep the resulting cocoa free-flowing. Natural cocoa is the kind most often found on your average grocery store shelf.

Dutch-process cocoa, which was considered fairly unfamiliar a generation ago, is natural cocoa treated with an alkalizing agent to lessen its acidity. (No worries, it sounds scarier than it is.) This process makes “Dutched” cocoa smoother tasting and darker in color. Dutch-process cocoa can come in many guises — including "European-style," black cocoa (the darkest/most bitter of all the cocoas), and rouge — but all are Dutch-process and will act accordingly.

Alkalizing sounds like a plus: why not just use Dutch-process cocoa all the time? Because your recipes call for more than just cocoa, and you want to choose a cocoa that complements (rather than inhibits) the ingredients around it — specifically, the recipe’s chemical leavener: baking soda or baking powder. 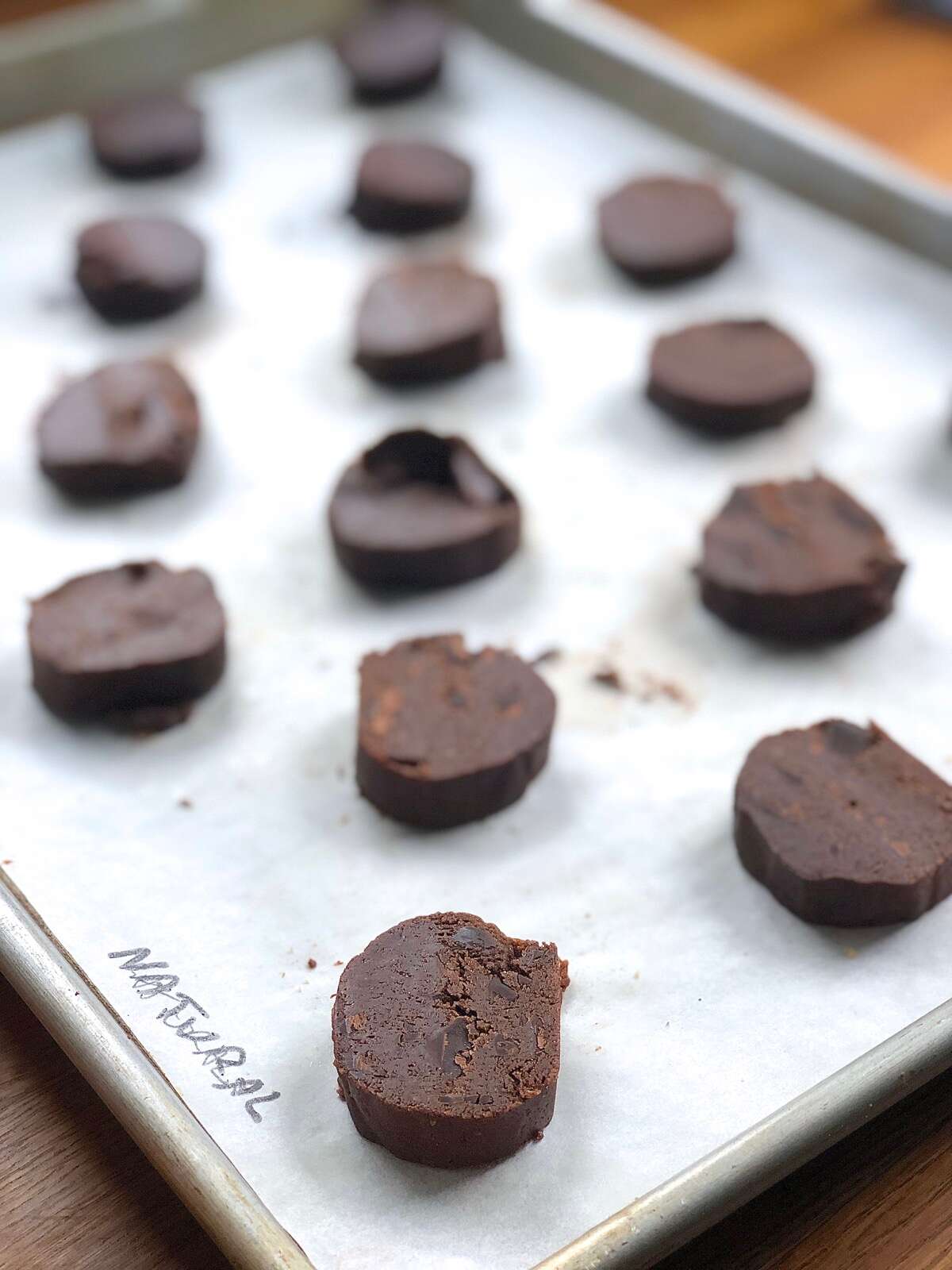 Why it matters which cocoa you choose

You might notice that recipes that call specifically for natural cocoa are typically leavened with baking soda.

Why is this? Natural cocoa is acidic; baking soda is acid’s opposite, a “base.” Combine the two and the cocoa’s acidity is tamed, allowing its pure chocolate flavor to shine through. Mixing an acid and a base also creates a chemical reaction — in this case, bubbles. These bubbles make your muffins rise and your mounds of cookie dough spread into nice round cookies.

On the other hand, recipes made specifically with Dutch-process cocoa will typically call for baking powder (or predominantly baking powder, with perhaps a lesser amount of soda).

Why is this? Remember, Dutch-process cocoa has had its acid neutralized. Baking powder is also “neutral” — it includes both baking soda (a base) and an acid, and creates its own chemical reaction once liquid is added. Thus, Dutch-process cocoa isn’t a necessary part of the recipe’s leavening process, and it's there mainly for flavor and color.

Obviously, it’s best to use whichever cocoa your recipe calls for. But can you substitute natural cocoa for Dutch-process (or vice-versa) in a pinch?

Yes, you can obtain decent results simply by substituting one cocoa for another without making any adjustments. But for better results, you can also adjust the baking soda or baking powder in the recipe to better match the cocoa you’ve chosen.

How to substitute natural cocoa in recipes calling for Dutch-process

Here’s what to expect if you simply make a 1-to-1 substitution, without further changes:

Color: Your baked goods will be lighter in color; let’s call them tawny rather than dark. Natural cocoa is simply lighter-colored than Dutch-process, and the difference carries all the way through from the mixing bowl to the plate.

Rise: Since baking powder does the leavening on its own, without the aid of cocoa, your baked goods should rise just fine.

Flavor: You may notice a subtle tanginess or a slightly bitter edge to the flavor. This is due to natural cocoa’s acidity, which may not be fully neutralized by the remaining ingredients in the recipe.

How to tweak the recipe to minimize changes: If your recipe includes 3 tablespoons cocoa or less, there's no need to make any adjustments. If more than 3 tablespoons, replace the baking powder with half the amount of baking soda, leaving the remaining ingredients the same. Because baking soda is a base, this switch will neutralize the acidity in the natural cocoa, improving your baked good's flavor. Note: If the recipe already calls for baking soda as well as baking powder, there’s no need to make any change save substituting the cocoa.

How to substitute Dutch-process cocoa in recipes calling for natural

Here’s what to expect if you simply make a 1-to-1 substitution, without further changes:

Color: Your baked goods will be darker in color; think of the color of dark chocolate vs. milk chocolate.

Rise: Without the acidity of natural cocoa, the baking soda in the recipe won’t react as strongly and the texture of your baked goods may reflect this: cake or muffins may not rise as high, and cookies may edge toward thick and cake-like rather than thin and crunchy.

Flavor: You may notice a slight soapy flavor; this is the baking soda, which hasn’t been fully neutralized due to the lack of acid in Dutch-process cocoa.

How to tweak the recipe to minimize changes: Replace the baking soda with twice the amount of baking powder, leaving the remaining ingredients the same. This change will help your baked goods rise, since without the acid in natural cocoa you need a leavener that provides the necessary rise all on its own, i.e., baking powder. Note: If the recipe calls for baking powder as well as baking soda, or if it calls for vinegar or another acidic ingredient, there’s no need to make any change save substituting the cocoa.

I tested this tweak using Dorie Greenspan's totally delicious World Peace Cookies recipe, which calls simply for "cocoa" without specifying what type. Since the recipe is leavened with baking soda, I assumed natural cocoa to be her implied choice.

When to use either type of cocoa

A cup of hot cocoa, fudge frosting, certain cookies or cakes (e.g., Flourless Fudge Cookies, above): recipes that don’t use baking soda or baking powder can be made with whatever cocoa you like, since the cocoa is there solely for its flavor and color. In general, natural cocoa offers mild, light flavor (some call it “old-fashioned chocolate flavor”) while Dutch-process will give you a darker, more bittersweet experience.

These days it seems like most people’s taste tends to dark chocolate, and the darker the better. But interestingly, our test kitchen bakers prefer natural cocoa to Dutch-process in most frostings. For instance, our Classic Birthday Cake recipe calls for frosting made with natural cocoa, as does our popular Super-Simple Chocolate Frosting.

Longtime King Arthur baker/writer Chef Susan Reid, who developed the latter recipe, says, “Most of us reach for Dutch-process when deep chocolate is the target (not least of which because looks matter, and darker comes across as more chocolatey). I was no different, but when I made the frosting with Dutch-process it was more gray than dark brown, and it just plain didn’t taste as good. My thinking is the higher acidity of the natural cocoa works as a balance to the sugar in the frosting, and the fruitier notes of the cocoa really sing out in the mixture.”

If yours is a single-cocoa pantry — you don’t have either the room or the desire to stock multiple varieties of cocoa — then Triple Cocoa Blend is the answer. A finely balanced mix of both natural and Dutch-process cocoas, use it in any recipe calling for either type of cocoa — and never worry about having the “wrong” cocoa again. 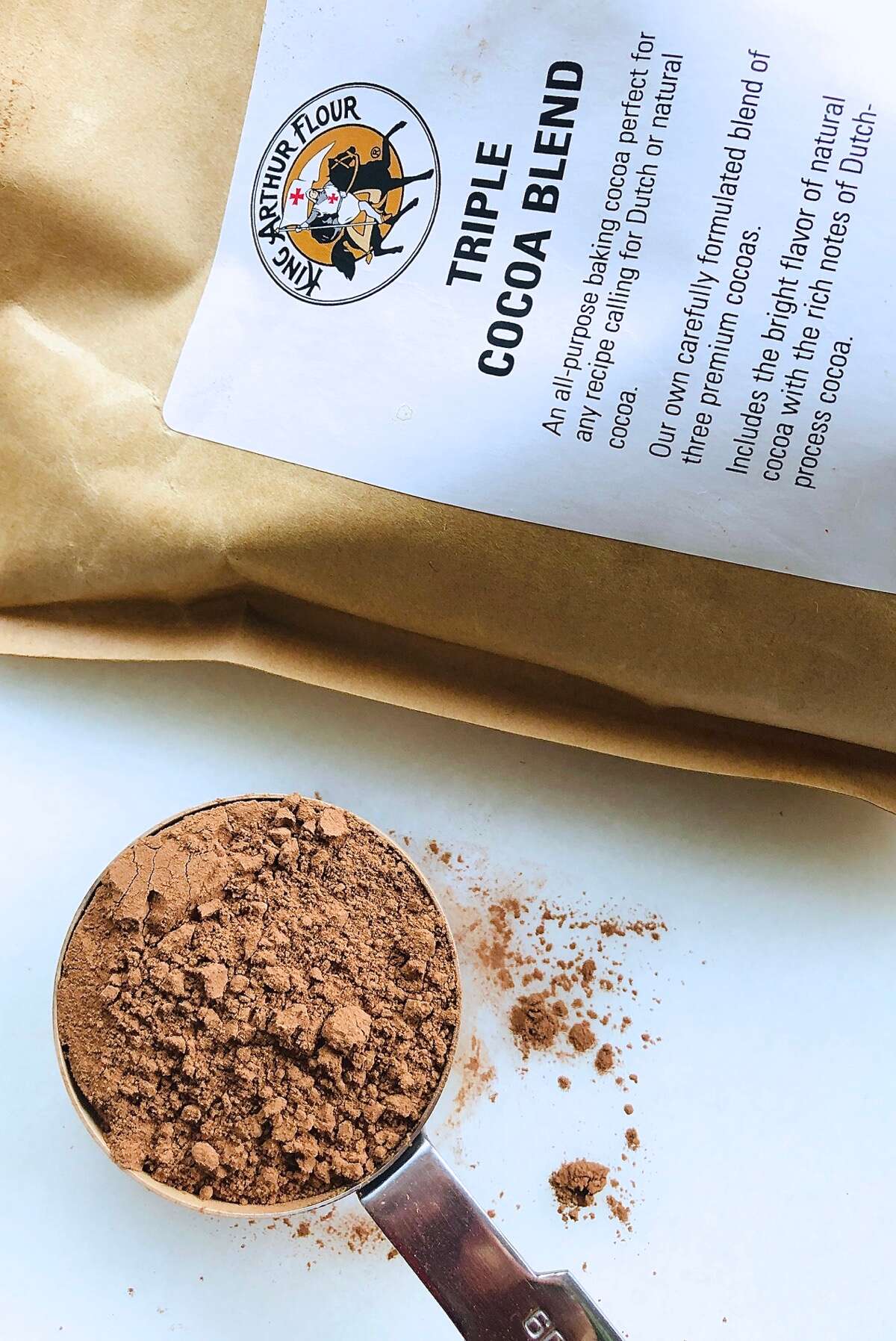 Want to broaden your pantry's cocoa selection? If you're an aficionado of super-dark chocolate (think Oreos), give black cocoa a try. Use it in combination with another Dutch-process cocoa for the most assertively dark chocolate cookies and cakes ever. And black cocoa is just one of the six types of cocoa we use in our King Arthur test kitchen; read all about them here: The A-B-C's of cocoa.

Your link for black cocoa is broken, should be https://shop.kingarthurbaking.com/items/black-cocoa-14-oz

Thanks for pointing this out, Anna! I'll let our blog editor know!

Thank you for all the great information; it was very helpful! I wanted to buy some unsweetened cocoa powder to use in energy balls and other recipes. Armed with your information, I decided to go with the Triple Blend; it should be good for my uncooked recipes and my baked recipe.

Thank you for this wonderful article. I’m not much of a baker and frankly never knew that there were different cocoa powders. My husband has been craving chocolate cake and after looking at the prices of the cakes, decided to make it for him. I picked up the darkest cocoa powder that happened to be Dutch process. I thought that would make it really chocolate. Then I read the recipe again and it specifically said not to use the Dutch processed. That’s when I started to search if I could still use it and came upon your article. I am now enlightened and I cannot thank you enough for this very thorough article.

We're so glad to hear you found this article helpful, Yolanda!

What If a recipe calls for equal baking soda and baking powder? Are they interchangeable?

Hi Heather, if your recipe calls for equal amounts of baking soda and baking powder, you should be fine using either Dutch process or natural cocoa.

A warm and welcoming reward after a cold winter's day

Making the best choice for every recipe