Baking taught me about being an ally

Much like identity, love, and pride, baking looks different for everyone

To celebrate Pride Month, our Vice President of Corporate Social Responsibility and Sustainability and former co-CEO Suzanne McDowell shares her family's story of baking and pride.

In the first few months of my career at King Arthur Flour, which began nearly 20 years ago, I spent many mornings with my sons, Jack and Finn, watching the bakers through the window of the original bakery and retail store.

Our eyes followed the bakers with wonder as they kneaded and stretched enormous piles of dough, pulled pans practically overflowing with pastries from the oven without flinching, and laminated layer after layer of croissant dough in what seemed like a symphony of magic and baking expertise. Then, after picking up a bag of flour, the kids and I would scurry back home. Once the shoes came off, out came the mixing bowl — it was time to make muffins, pie, or whatever inspired us to fire up the oven.

I realize now that the sense of wonder the bakers brought to our mornings was not just a product of their expertise or skill. It also came from a feeling of comfort, community, and the understanding that my young kids and I, too, could participate in this wonderful, magical, inclusive thing called baking.

In the same way that King Arthur Flour has always strived to make the joy of baking accessible to everyone, no matter one’s experience or skill, this newfound community met Jack exactly where he was.

When my family originally moved across the country to Vermont, we were in search of a harmonious and inviting community, and what we found exceeded our expectations. As I evolved alongside this new community, in which baking was a central element, I had the privilege of watching my son Jack, in particular, thrive within such a welcoming space. In the same way that King Arthur Flour has always strived to make the joy of baking accessible to everyone, no matter one’s experience or skill, this newfound community met Jack exactly where he was.

At the risk of sounding cliché, I’m confident that I knew Jack was queer from the day he was born. There was something special, loving, caring, creative, and gentle about my son that only became more evident as he grew.

It’s natural for a parent — especially a new one — to draw comparisons between their child and others. A friend of mine had sons that were born around the same time as Jack, and as young children, I remember seeing a certain masculine energy in those kids that Jack didn’t really exude. I didn’t attach any negative or positive sentiments to these observations; I simply sought to love, understand, and enjoy this seemingly feminine, more gentle, compassionate energy that, despite differing from the world’s expectations for boys, was unmistakably part of my son’s growing identity.

I never thought to ask my 3-year-old son why he always opted for a dress rather than a pair of pants. That was just who he was, and I felt so confident that he was confident in his own skin that “Why dresses?” is something I rarely wondered. 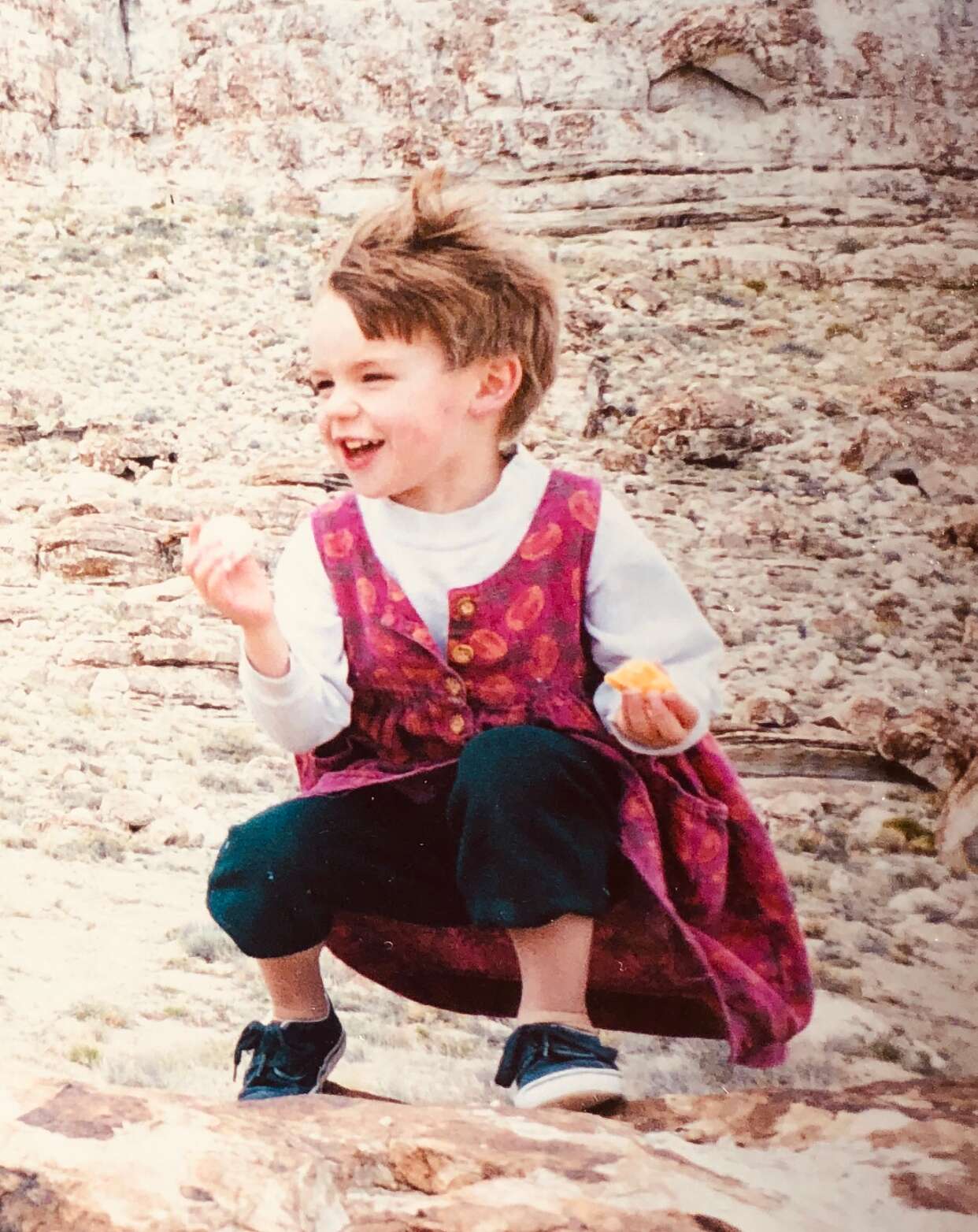 Whether he had fully realized his identity or was still working on it (as most 3-year-olds are), he was who he was. When the question of his clothing choices finally came up, I was prepared to hear that he identified as a girl, something strangers occasionally imposed on him based on his attire. I even half expected a lengthy conversation about gender identity and an outpouring of questions that any parent might expect from a 3-year-old. Instead, Jack turned to me and simply replied, “Because they twirl.” Of course! Dresses are so much more interesting than pants — that’s just a fact.

Coming from a place of acceptance

My understanding of and exposure to LGBTQ identities and stories has evolved over the course of Jack’s life, but I would be remiss not to acknowledge how much my own identity — starting with my upbringing — has affected my approach to raising a queer son. Or rather, has affected how little my approach to parenthood changed after Jack came out.

I was lucky enough to be raised by two open-minded people in a radically inclusive household. My father refused to attend a local club that at one time banned people of color and Jewish people. Meanwhile, my mother led a life filled with music, constantly welcoming local musicians and artists into our home.

Both my father’s intolerance for bigotry and my mother's friendship and artistic collaboration with people from all walks of life taught me at a young age to meet any kind of difference or diversity with celebration and inclusion without question. I never questioned Jack’s feminine spirit, sexual orientation, or any other element of his identity because, like my parents, I wanted to give my child the freedom to form his own sense of self without the influence of expectations.

Jack came out with the same matter-of-factness that accompanied his response when I asked him why he loved wearing dresses. He told his friends first, not because he didn’t feel comfortable talking to me about it, but because it was simply a more natural topic of conversation with friends at school. His coming out to me coincided with his first date with a boy. The moment wasn’t planned, forced, or choreographed; it happened in the car, in a moment of Jack being Jack, just like he had always been. I’ve always thought of it less as a “coming out” and more as an inevitable moment of self-awareness and existence. It didn’t change our mother-son relationship, our family dynamics, or the way I viewed my son because it was something I always knew — it just wasn’t my place to verbalize it.

How to be an ally

As an ally to the LGBTQ community, I feel it’s my job to listen. Allyship is tricky because it so often falls short when it comes to action, starting and ending with words only (which are powerful, but not enough).

For me, it starts with an acknowledgement of the lens through which I see the world as a heterosexual white woman. From there, being an ally to my son and others in the LGBTQ community has always meant meeting people where they are. This simple principle has been the root of my career at King Arthur Flour, too. Seeing, hearing, and seeking to understand members of the LGBTQ community as individuals with unique experiences, backgrounds, and stories is — and will continue to be — my approach to evolving as a person and supporting my son and others who carry different identities than mine. 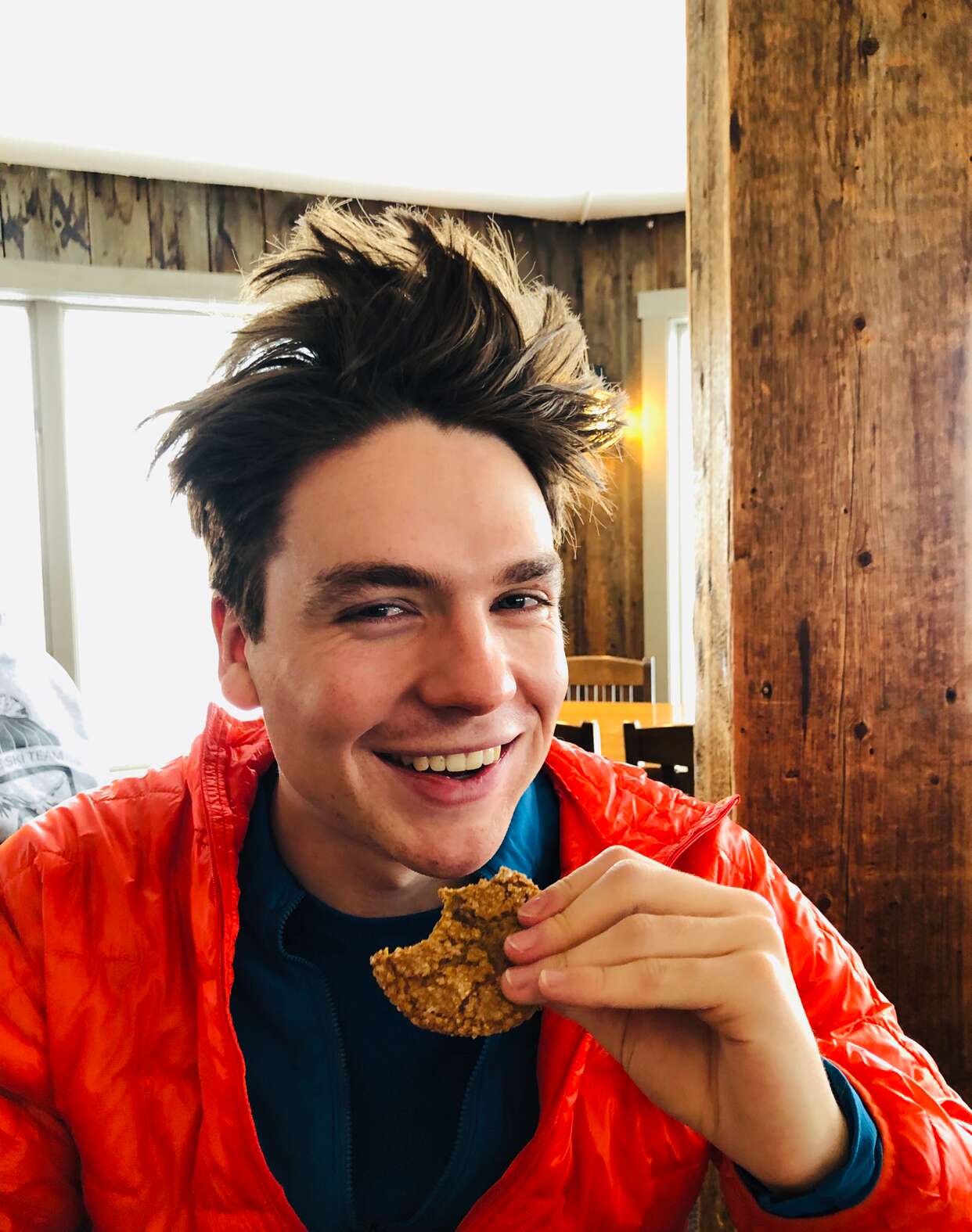 For centuries, baking has been a beautiful way of expressing care and love for one another. Like politics of identity and pride, it looks different for everyone. For Jack and me, it’s a homemade banana cream pie that we dig into at our table, laughing and recounting anecdotes over slices of creamy custard and golden brown pie crust.

Moments like these remind me of 3-year-old Jack, proudly balanced on his stepstool, learning how to flip pancakes for the first time. We are thankful for the lessons that baking continues to teach us: lessons of love, community, acceptance, and self-expression.

Happy baking and happy Pride Month from me and Jack!

This Pride Month, King Arthur Flour is raising awareness for The Trevor Project, the leading national organization providing crisis intervention services to LGBTQ young people under 25. We've donated to The Trevor Project and we encourage you to do so as well: give.thetrevorproject.org/KingArthurFlour2020 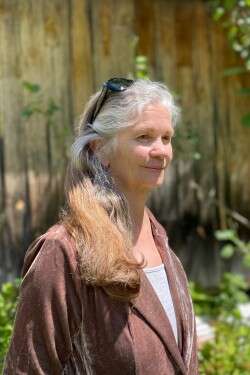 A baker, beekeeper, and yoga instructor, Suzanne currently serves as King Arthur's Vice President of Corporate Social Responsibility and Sustainability, following 5 years as one of the company's three co-CEOs. Drawing on her 20 years with King Arthur, she drives the company's mission to benefit soci...
View all by Suzanne McDowell What a lovely piece. Thanks!

What an amazing family and story!

I wish so many other companies would use that as a road map.

I couldn't be more thrilled to see this. I wish all LGBTQ kids had parents like this. What a great way to build (and bake) love. Keep up the fantastic work!

Here's a thought:
How about being a friend instead of an ally?? People need friends, not an ally.
Not trying to be mean, or whatever, but saying you're an "ally" to "x" just says " I hear you, but I don't care enough to deal with you".

Thanks for letting us know what you hear when someone uses the word “ally,” James. The heart of what we’re taking from your message — that to really and truly help someone it’s important to do more than just hear what they say. We’re glad to be able to share Suzanne and Jack’s story with you and our whole audience, partly because it examples active love, learning, and the embracing of community with listening being a key (but not exclusive) part of that process. All the best!

Interesting, isn’t it, how people *hear* different things in a word. To me, a friend is someone who will stand behind you and have your back while you fight. An ally, on the other hand, will walk beside you and fight with you, alleviating some of your burden.
Thank you for the story, King Arthur!