When you start with a foolproof recipe like our Baking Powder Biscuits, it’s easy to customize the final result. While it’s certainly important to follow recipes closely while baking, you have some flexibility when it comes to choosing certain ingredients. 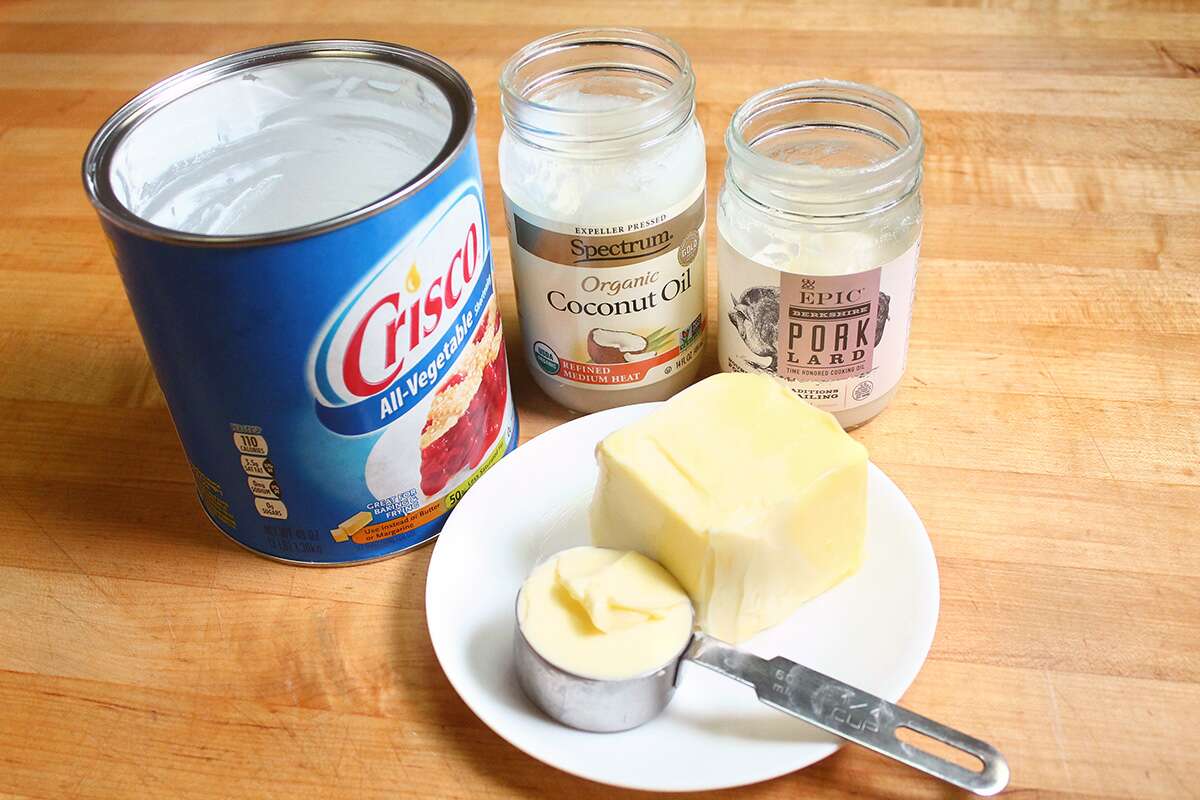 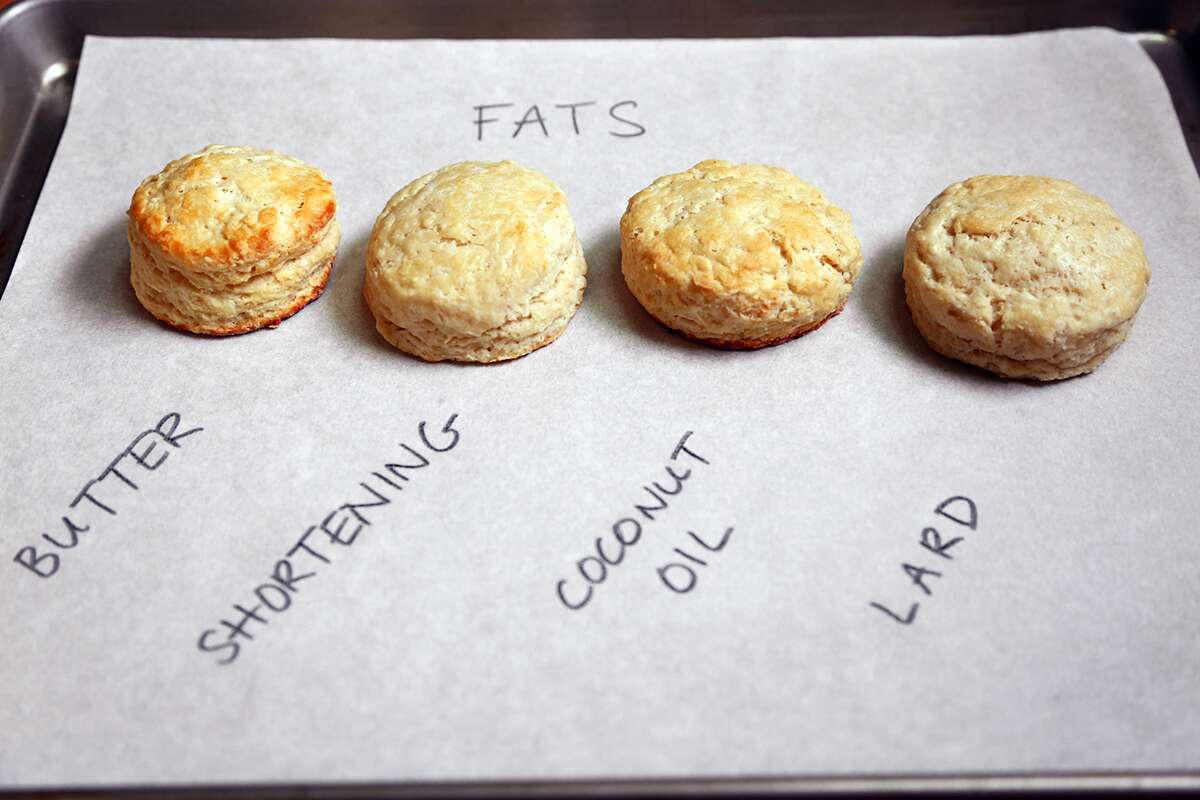 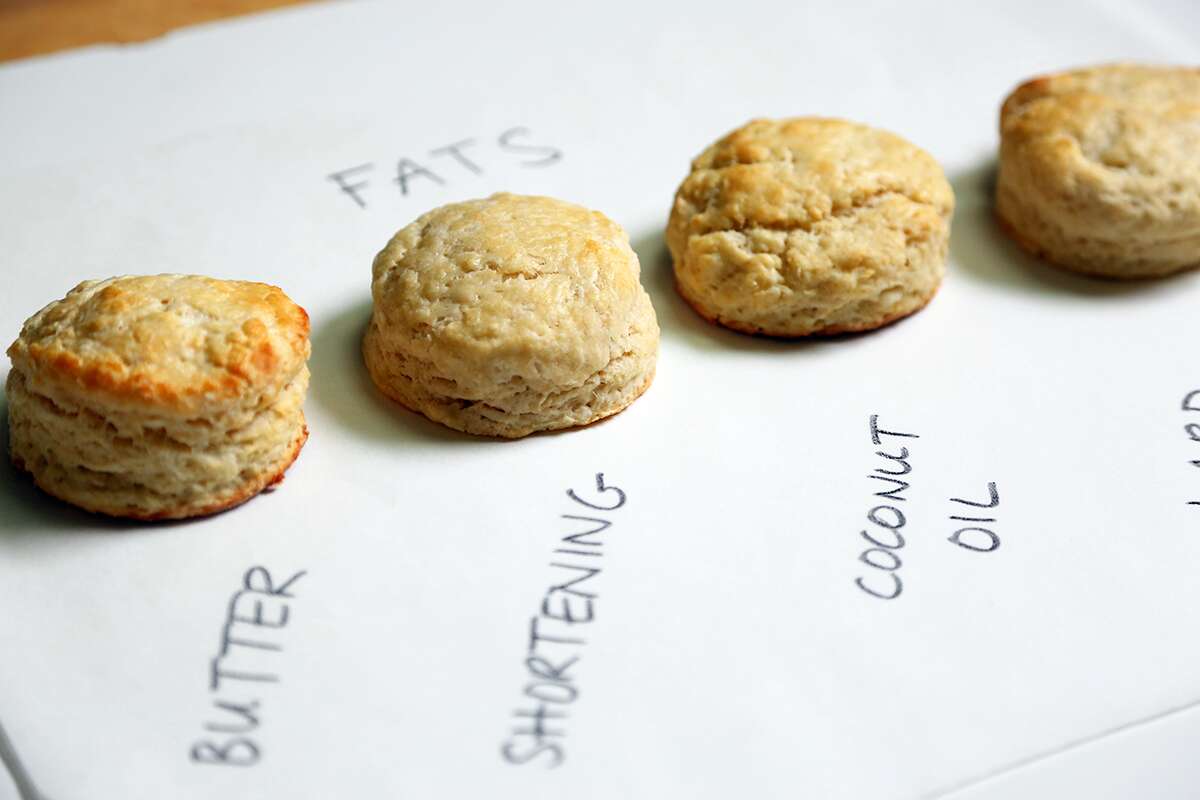 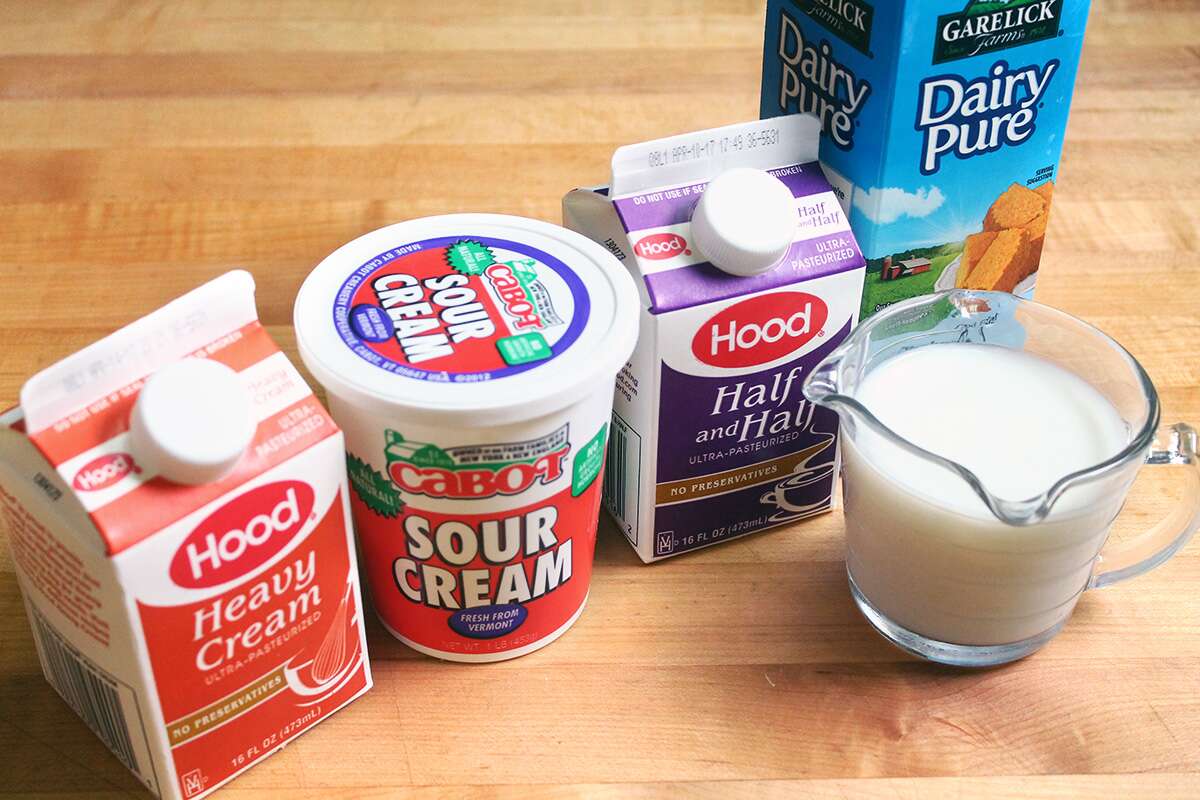 Just as important as the fat is the liquid used to make your biscuits. Our Baking Powder Biscuits recipe offers the choice of using milk or buttermilk. Buttermilk is known for making biscuits tender and adding a zippy tang, so we used that for this test. 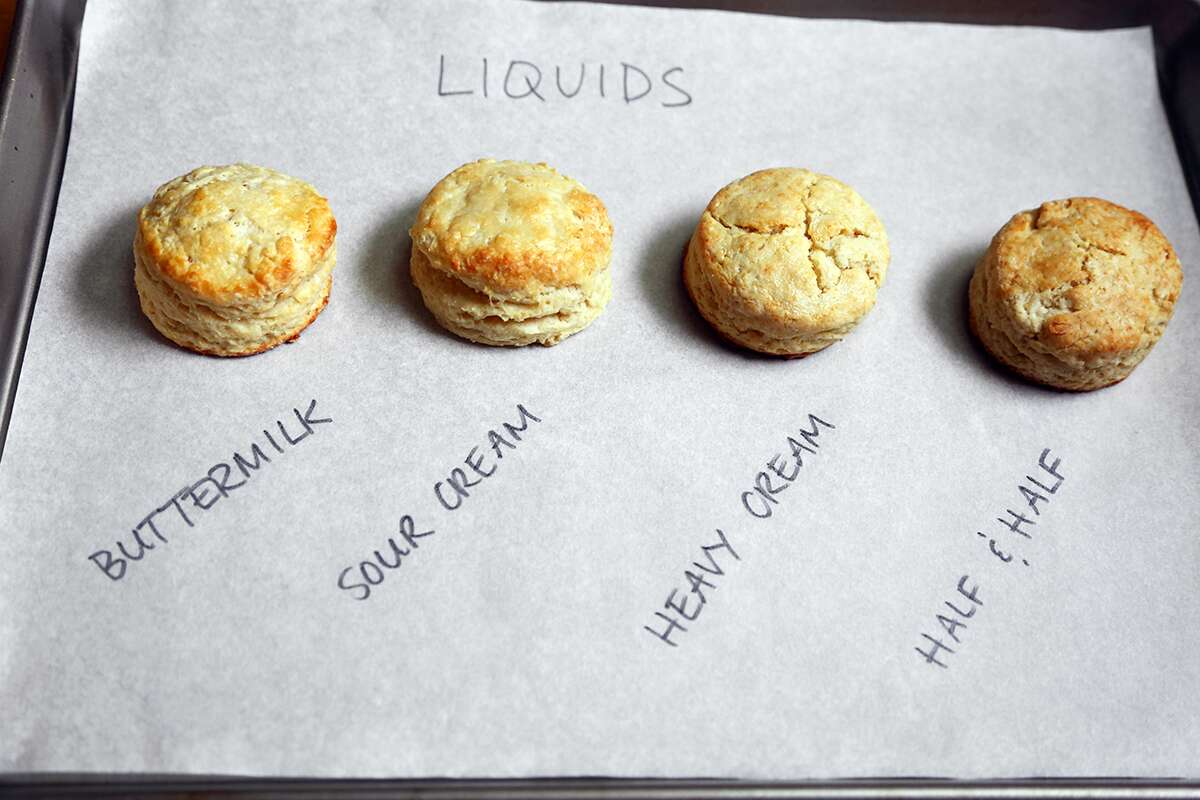 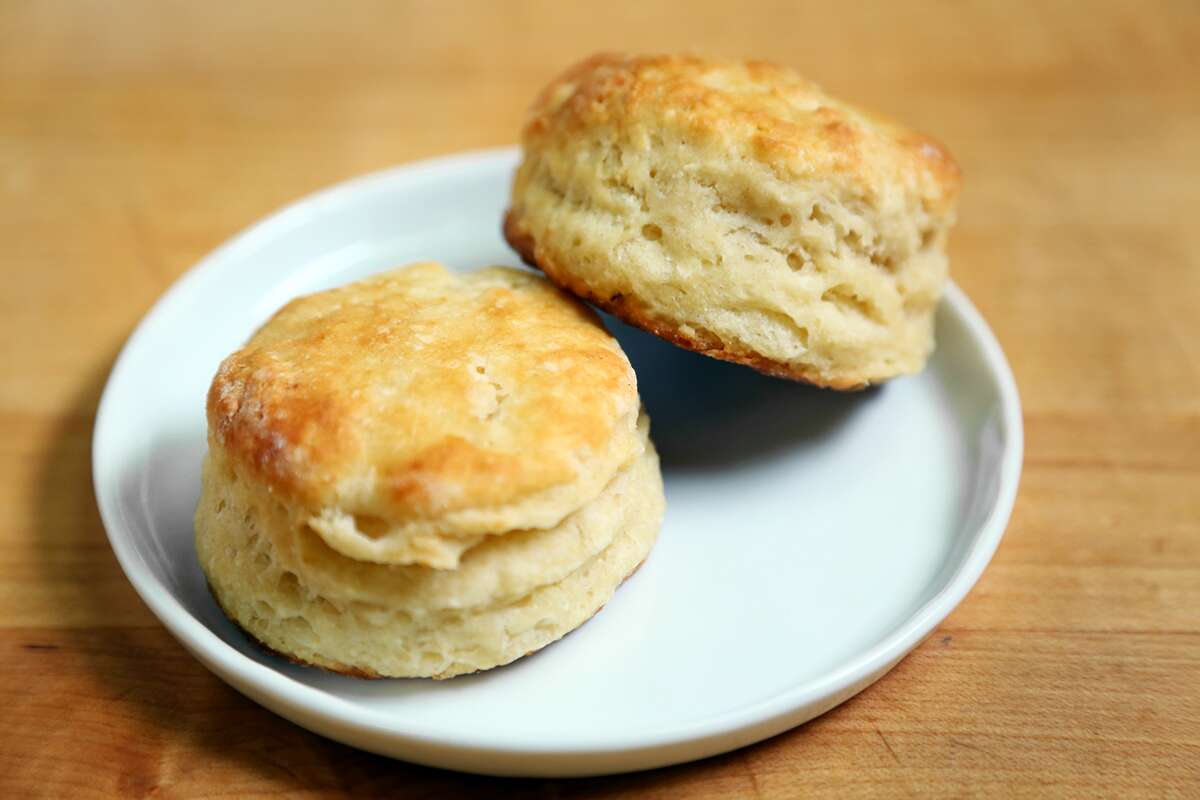 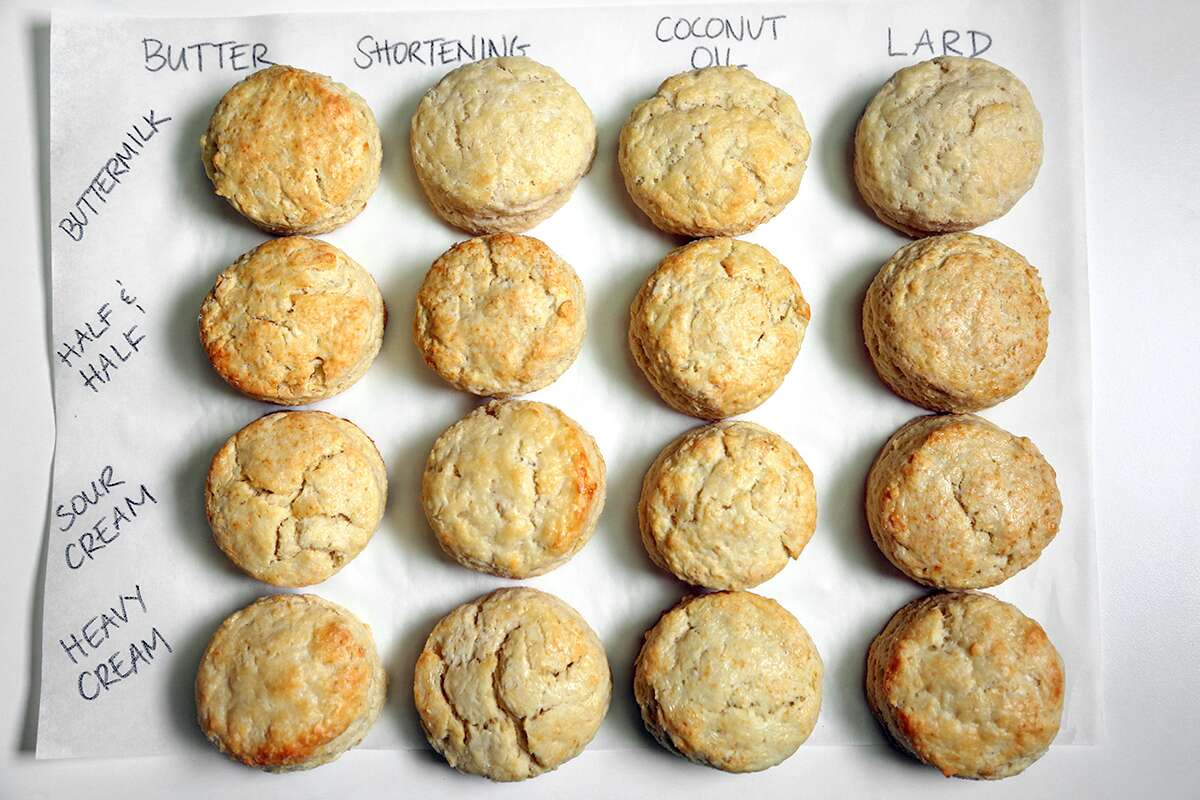 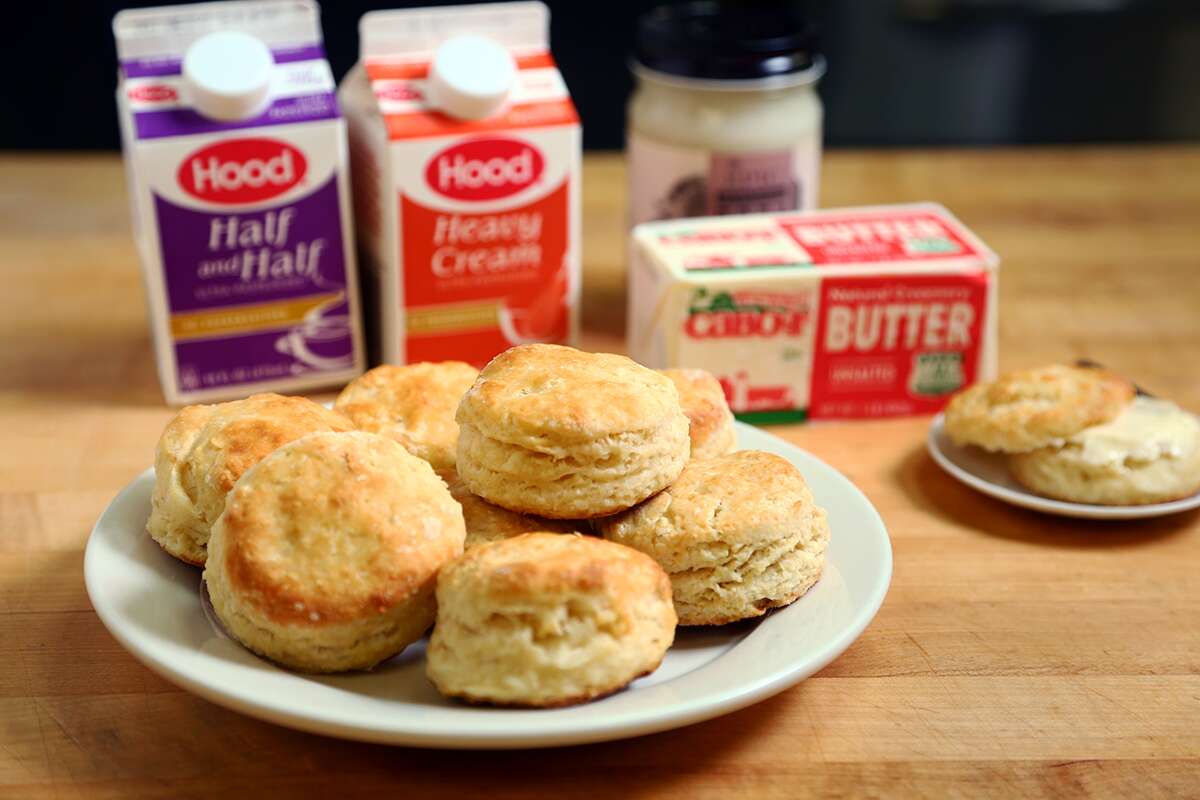 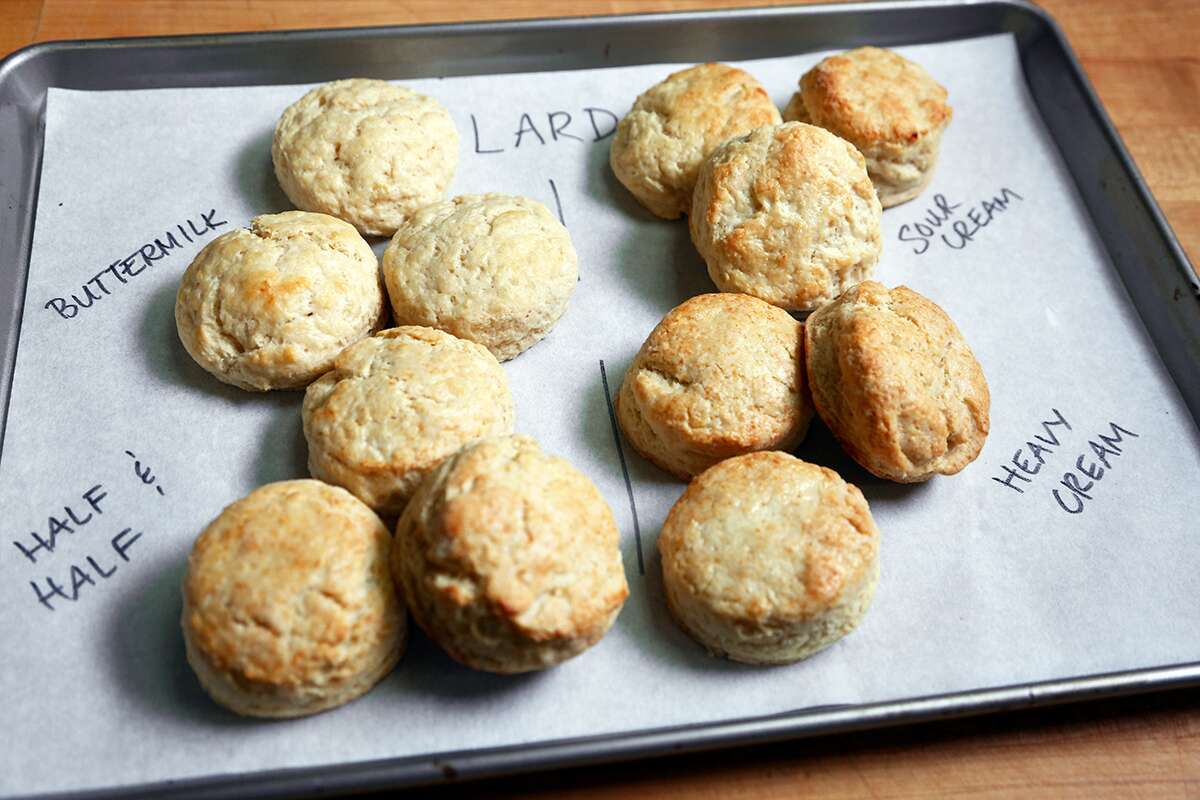 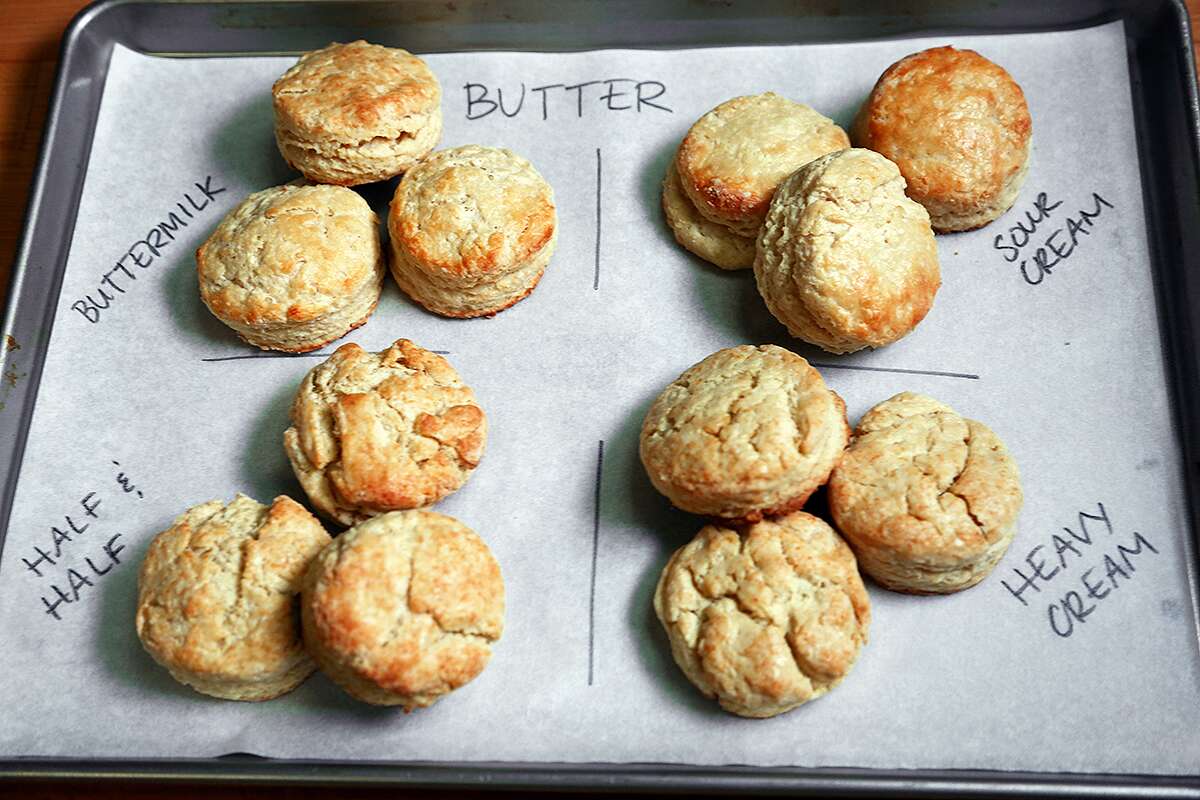 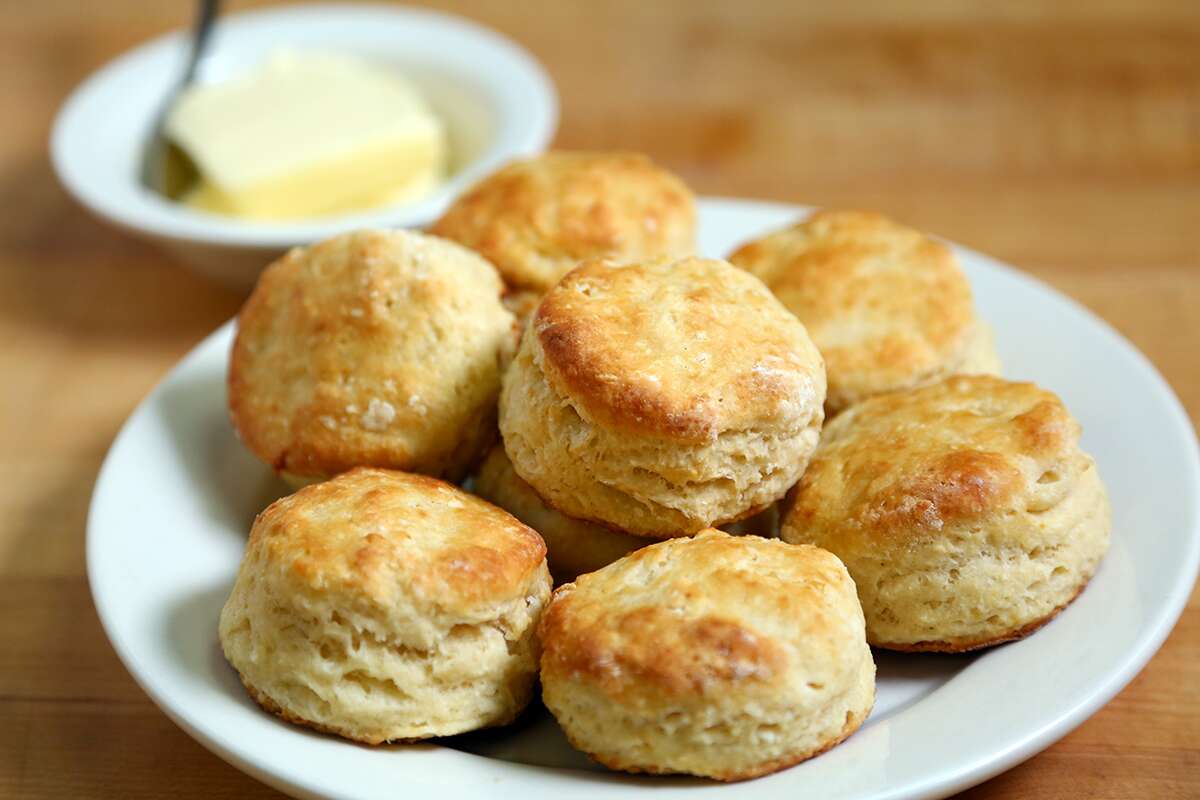 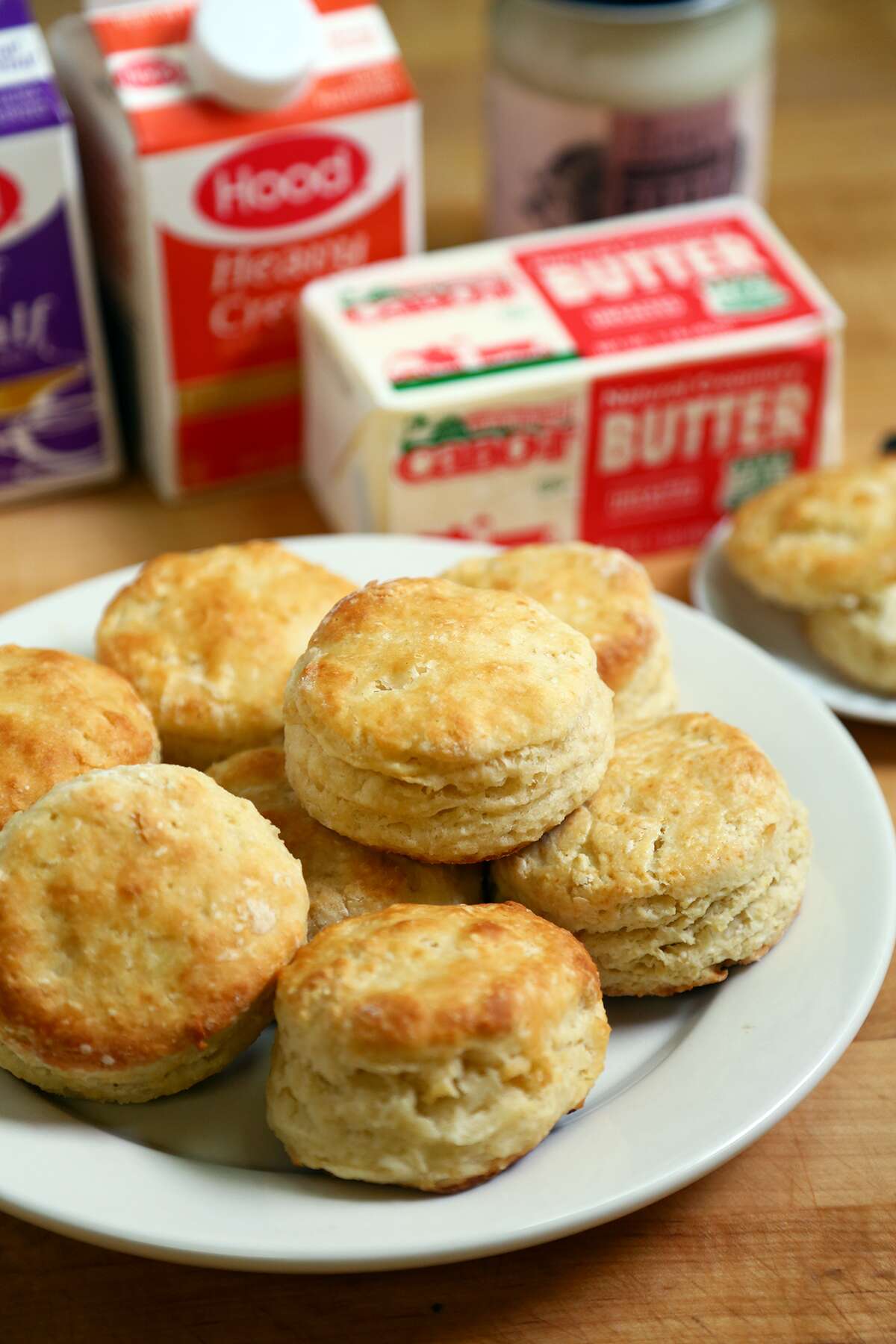 Gluten-free bakers, feel empowered to experiment, too. Use our Gluten-Free Measure for Measure Flour to replace the all-purpose flour in our Baking Powder Biscuits recipe. Adjust the fats and liquids until you find the perfect balance of flavor and texture. 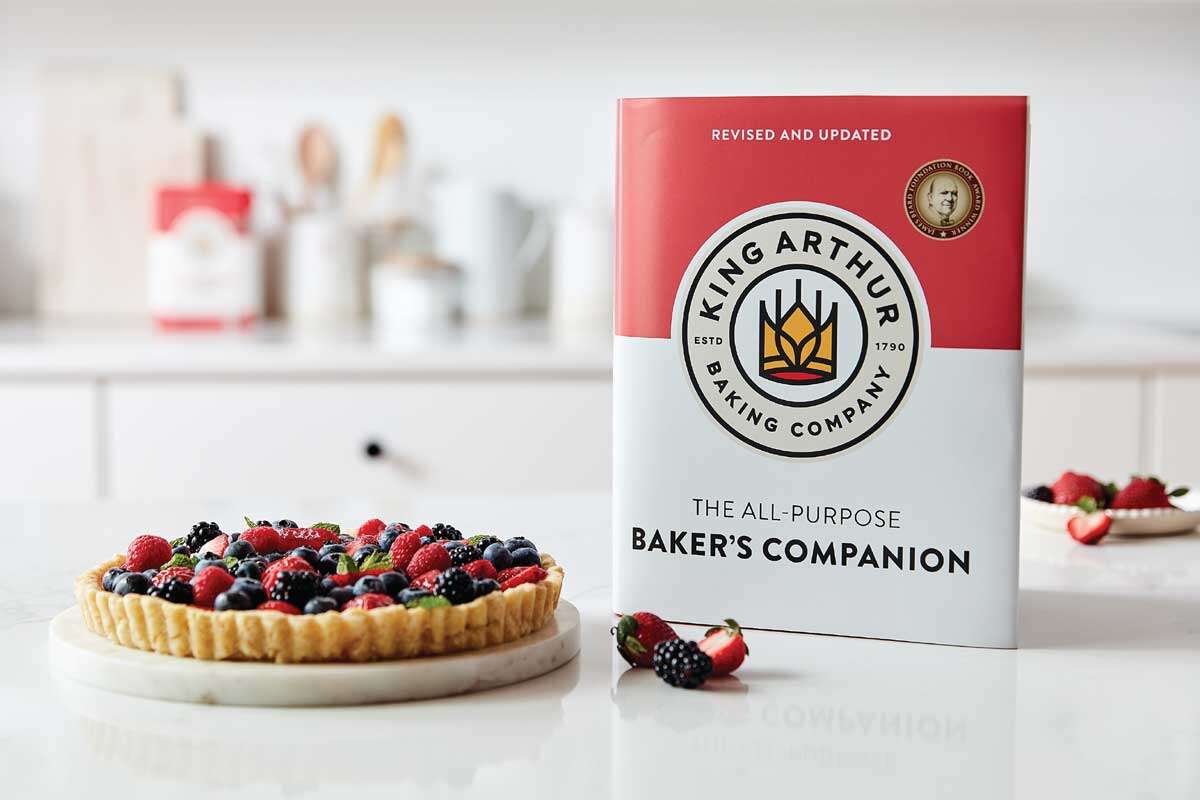 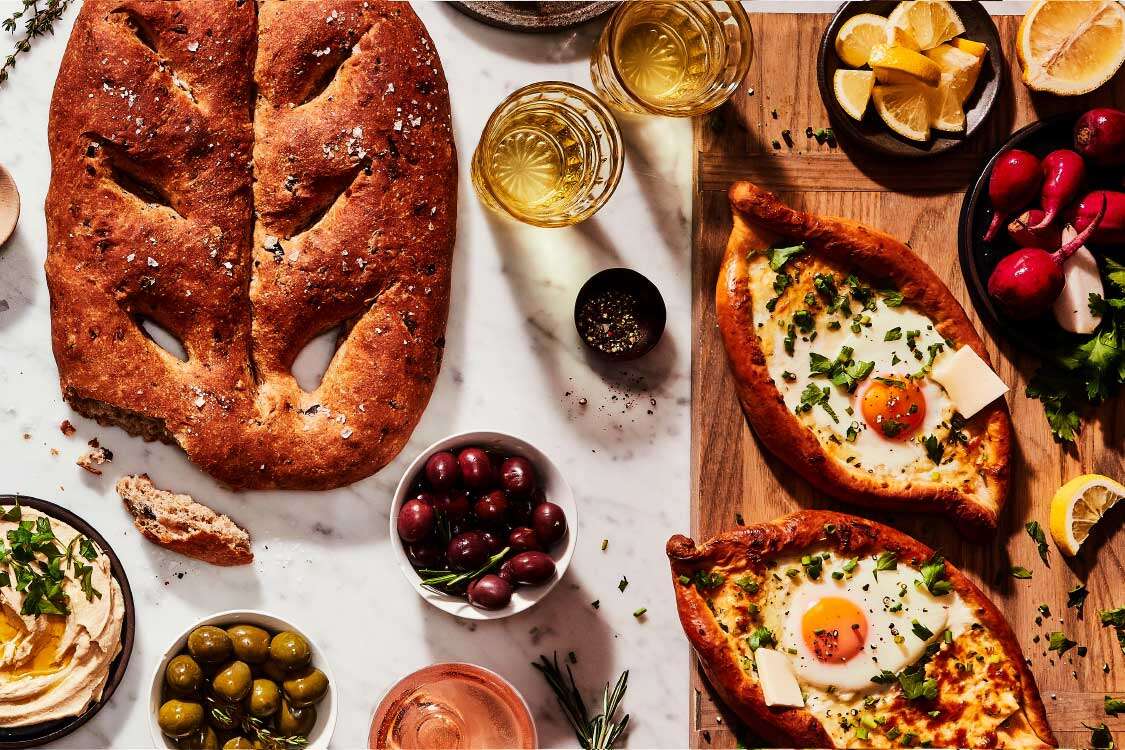 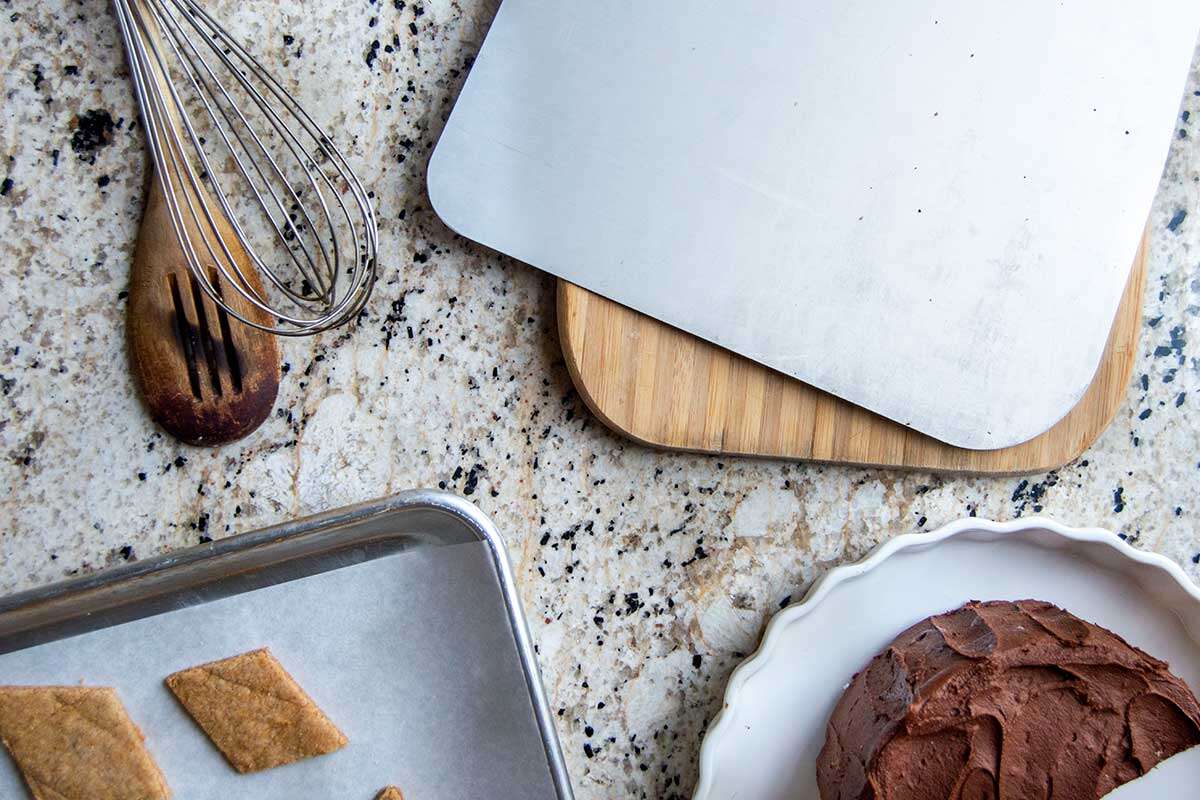 Although the basic recipe tasted good, the biscuits didn't rise much and had crusty hard exteriors. Very disappointed. Size: for cutting them out I used a 1/3 c. measure. I had to reroll the dough several times to use up the scraps. Baked them at 425 for 20 minutes, which was about two minutes too long; but they weren't brown at 15 minutes. I used 1/3 c. butter and one half cup milk and one half cup buttermilk. Mix was a little dry so added about 3 T more buttermilk.
We're happy to help, Margaret! A few things frequently lead to hard, dry biscuits. The first and most common issue is if there's too much flour, baked goods don't rise well, are dry, dense, and lack flavor. Flour naturally packs down, so when measuring by volume, we recommend fluffing the flour with a whisk or spoon, sprinkling it into the measuring cup, and scraping off the excess. For the best accuracy, we recommend measuring your ingredients by weight. The second possible reason for biscuits being on the short or dense side is over-working the dough. The more times the dough is rolled out, the shorter each biscuit will become. Cutting the biscuits with a very sharp edge helps them rise as high as they can since the edges aren't pinched down. The easiest way to barely handle the dough and to give each biscuit a sharp edge is to pat your dough into a square (or rectangle, whatever is easier) and cut square biscuits with a sharp knife. You'll also want to slice off the edges. Any scraps can be baked off for snacks, they just won't rise quite as high as the full biscuits. Lastly, if you're baking your biscuits and they're not browning, you can try moving them to the top of the oven, brushing melted butter them before baking, or using an egg wash of either a whole egg or egg yolk with some milk. Even if they aren't browning on top (for whatever reason — it varies from oven to oven) pulling them out when they're browned or set on the bottom is key to not drying them out. A fork is a great way to turn over a biscuit around the 17-minute mark to see if the bottom has crisped and set nicely. We hope that these tips will be of help, and that your next batch will be a treat to bake and to eat. If you have any other questions, our free and friendly Baker's Hotline is available at 855-371-BAKE (2253) or through chat and email on our website so always feel free to reach out. Happy baking! Annabelle@KAF
I have been trying to freeze biscuits for later use (SR flour, shortening, and buttermilk). After a couple of attempts--one batch thawed and then cooked, a 2nd batch cooked from the frozen state-- I have achieved baked hockey pucks. They are tasty but very thin and hard exterior. What should I do? Thanks!!
Hi Teresa, if you're not liking the results you're getting by baking frozen (or frozen and then thawed) biscuits, you might want to try baking your biscuits and then freezing them. This ensures you'll get the texture and rise you're looking for, and they reheat beautifully. Store in a ziplock bag for up to three months. To serve, wrap the biscuits in foil and then place in a 350*F oven for about 10 minutes until hot throughout the biscuit. Serve with butter and enjoy! Kye@KAF
I use 1/2 milk and 1/2 seltzer water. Carbonated soda makes for fluffier biscuits. Works for pancakes also.
Whey, leftover liquid from drained homemade yogurt or ricotta makes the best biscuits I have ever made. I usually just do drop biscuits, this way the dough gets handled less and is very tender, it's a fairly wet dough but sooo good! Self rising flour always.
Thanks so much for yet another wonderful and informative tips! That's why i love KAF. Have a great weekend everyone! Cheers!
Do you have any experience with using yogurt (plain or Greek), thinned with milk in lieu of buttermilk? I almost always have yogurt on hand, but don't always have buttermilk.
We encourage you to give it a go, Vivian! If your dough or batters seem dry, drizzle in a little extra milk. Happy baking! Annabelle@KAF
I've always made biscuits with buttermilk, Crisco, and Self Rising Flour. What are your thoughts on SR Flour instead of baking powder