The King vs. the International Biscuit Festival champ

It all started with a letter.

Not an email, mind you – a good, old-fashioned letter. Yes, typed on a computer; but printed on paper, put into an envelope with a stamp, and mailed.

I was going to quote from the letter to you; but it's so sweet, I thought you'd like to see it in full, as follows: 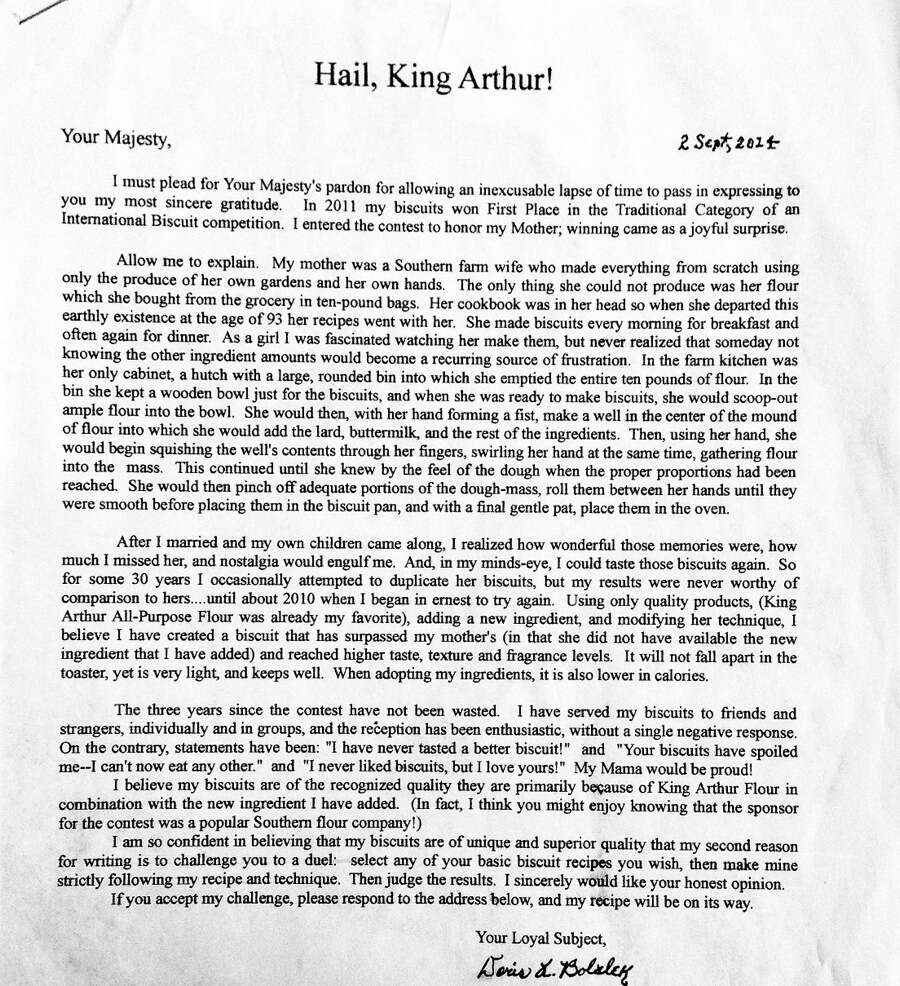 Well, who can resist a challenge like this? The Biscuit Throwdown is on. I answer Doris with an actual letter – complete with a postage stamp, as payment in advance for sharing her recipe.

Doris quickly writes back, saying, "Thank you for responding to my biscuit challenge. I hoped my letter to King Arthur proposing a 'duel' would be received in the manner it was intended – one of fun, not of arrogance or conceit. Since your letter seems very warm and encouraging, I believe you have recognized my intent."

We do indeed, Doris. Baking is sharing; and even when pursued in the arena of "competition," it's just as simple as that. 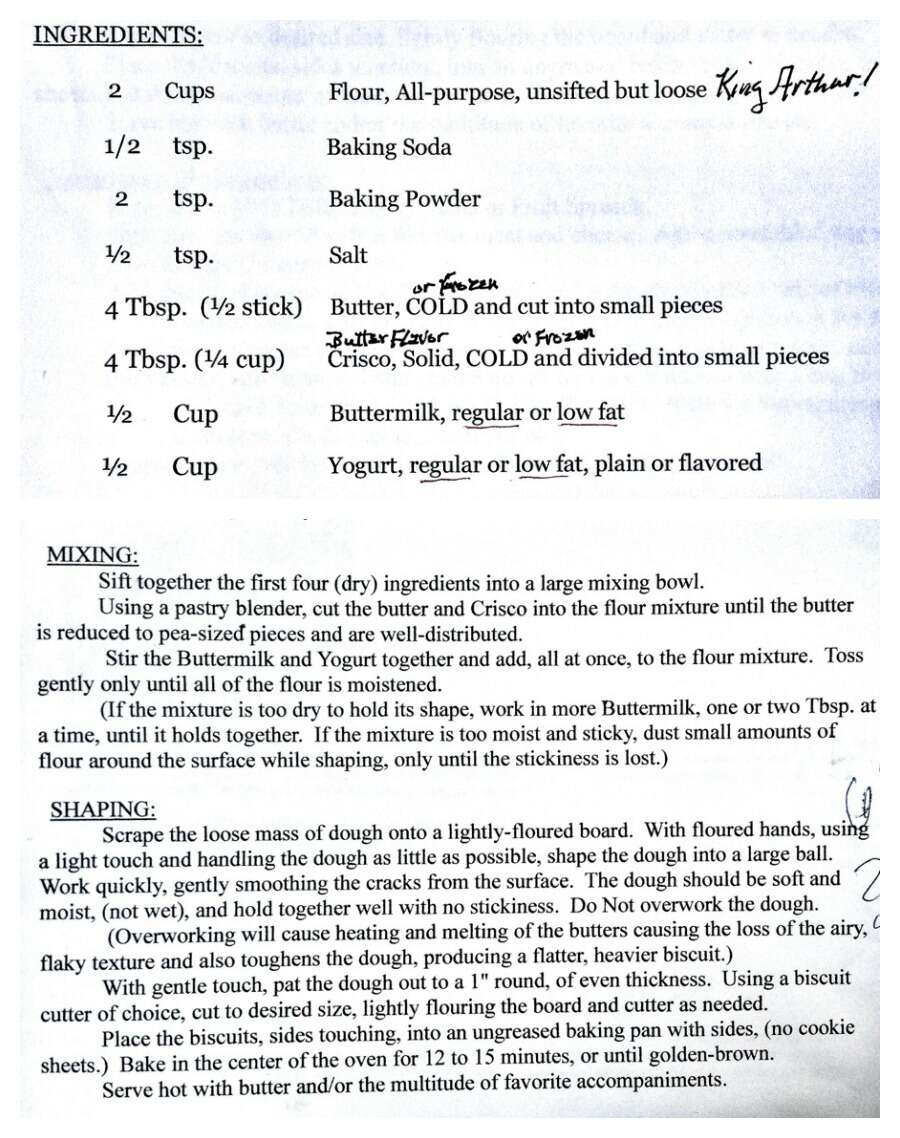 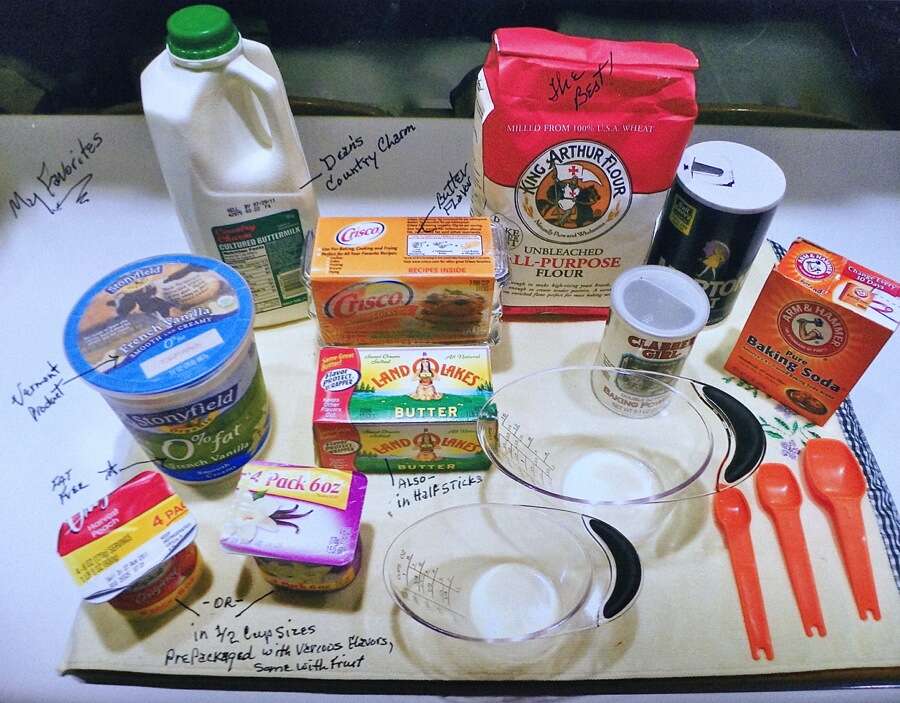 ...as well as a series of pictures, including this one of her mise en place. Her secret ingredient? Yogurt.

Which makes total sense. As you carefully mix together biscuit dough, the flour's gluten develops; too much development = tough biscuits. Like buttermilk, yogurt's acidity tenderizes gluten, helping to blunt any over-working you might inflict on the dough.

I choose two challengers to Doris' prize-winning biscuits: our butter-and-shortening Baking Powder Biscuits, which mimic most closely Doris' ingredients and technique; and our fast and easy cream-based Biscuits.

The gauntlet has been thrown; time to start measuring and mixing. 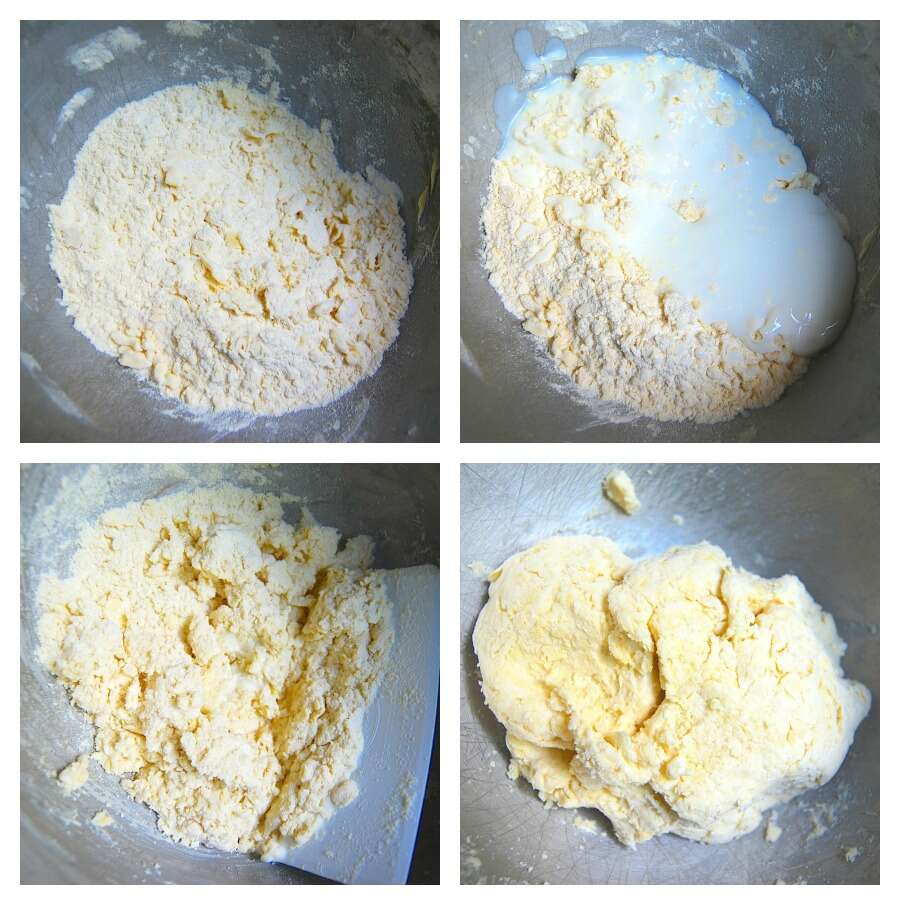 Traditional biscuits, if not always easy, are simple: whisk together the dry ingredients, cut in the fats, add the liquid, stir, gather into a ball. These are Doris'. 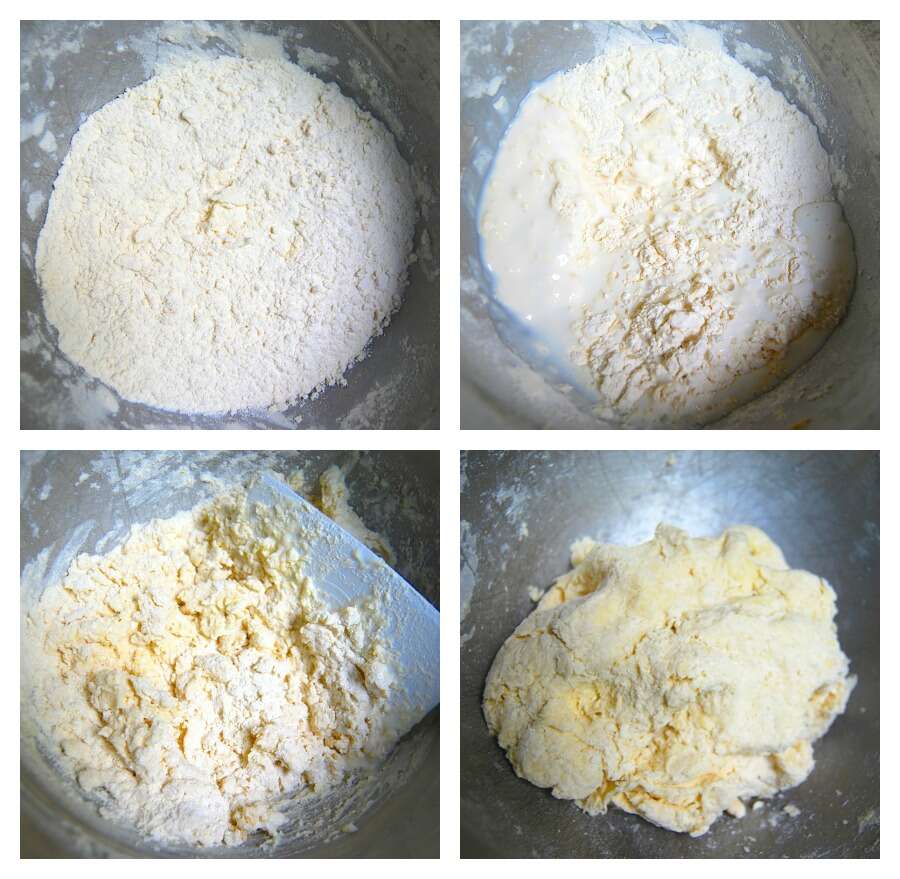 And here are our butter-and-shortening biscuits. The dough's nearly identical, right? 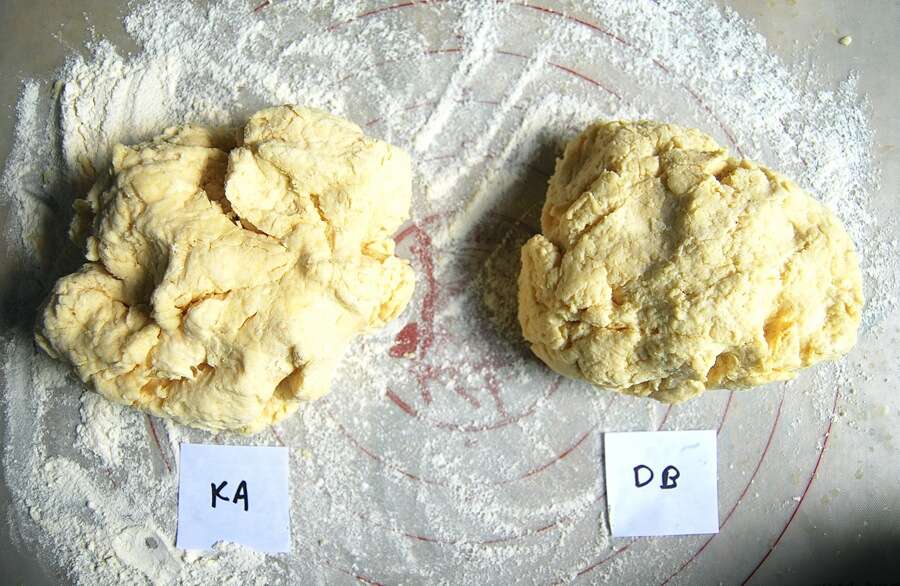 The King on the left; the Champion on the right. 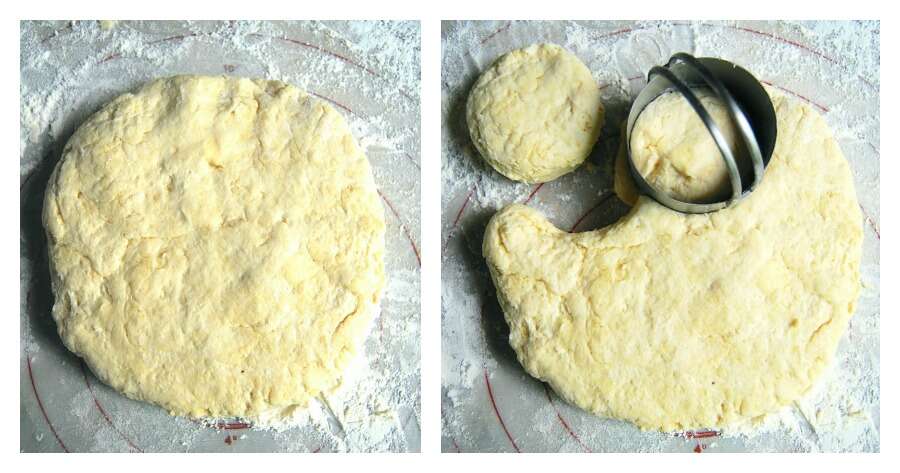 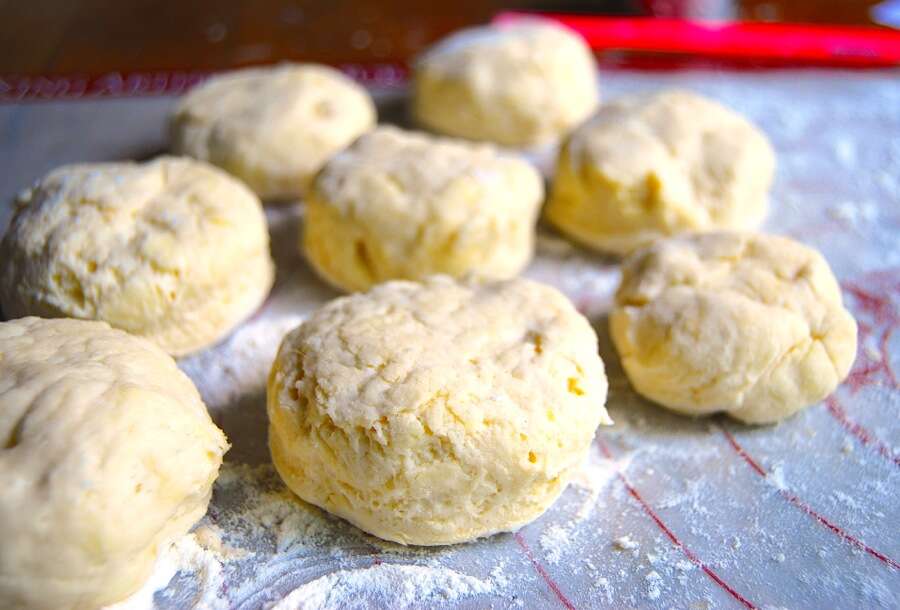 ...all the biscuits look very similar. These happen to be Doris'; the only difference so far is that her dough seems a bit more golden. 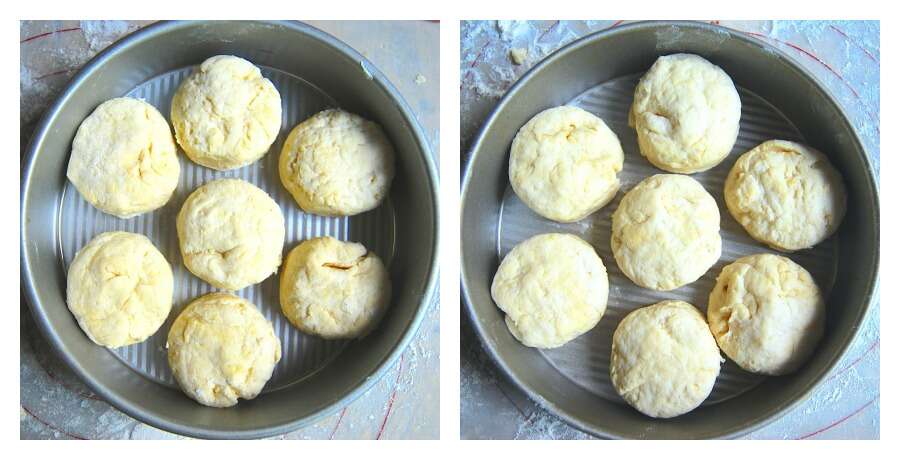 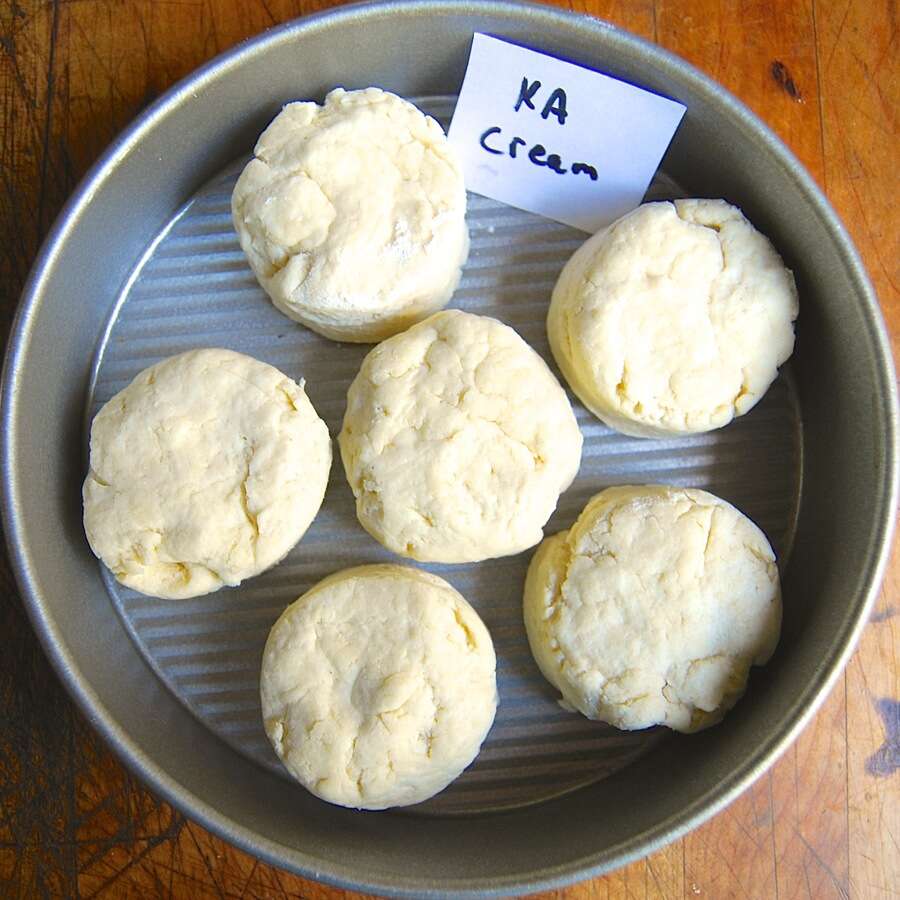 ...along with our cream-based biscuits.

I don't need to show you the mixing process for these. Add cream to dry ingredients. Stir. Pat. Cut. End of story. 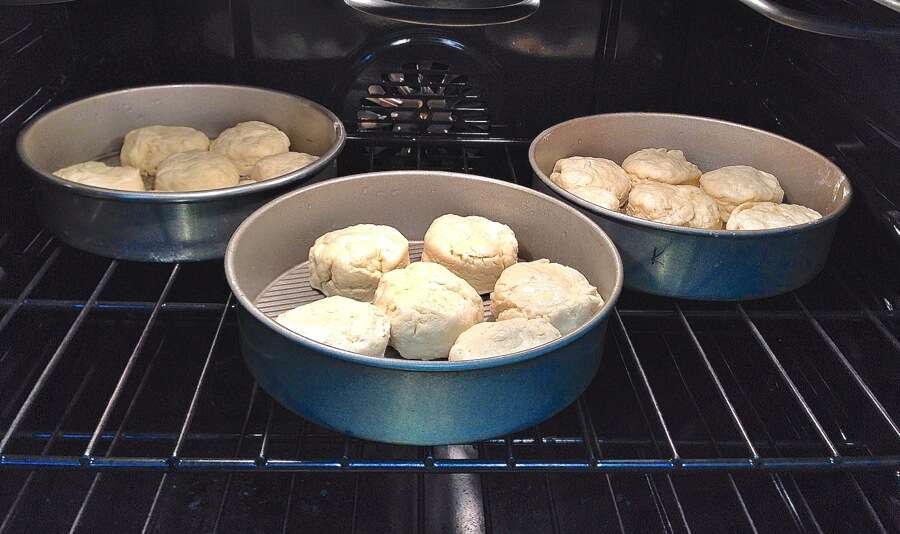 Into the oven they go. Which will rise higher? Which will become more ravishingly golden? Fifteen minutes later...

...we know the answer. The biscuits all rise similarly, but the Champ's, on the left, are definitely more golden. The King's cream-based biscuits (right) place second in the beauty contest; and our butter-and-shortening biscuits (center) are a noticeably wan third.

Score one for Doris! 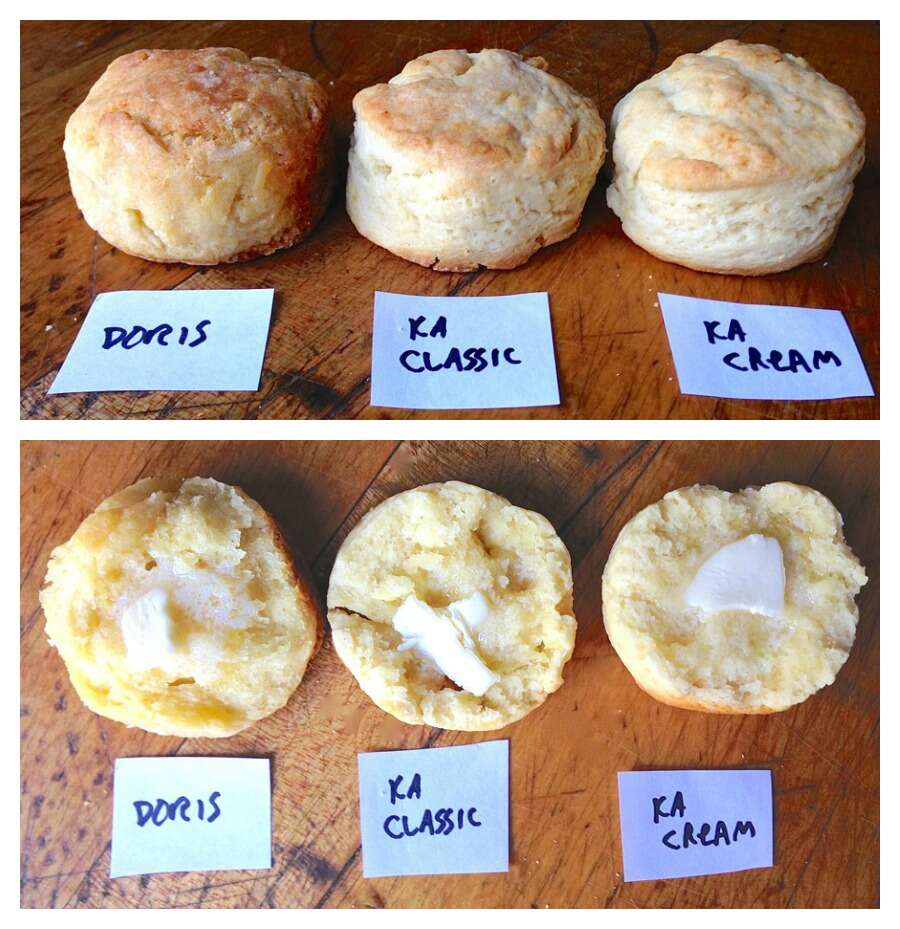 So far, Doris is in the lead by a crumb. 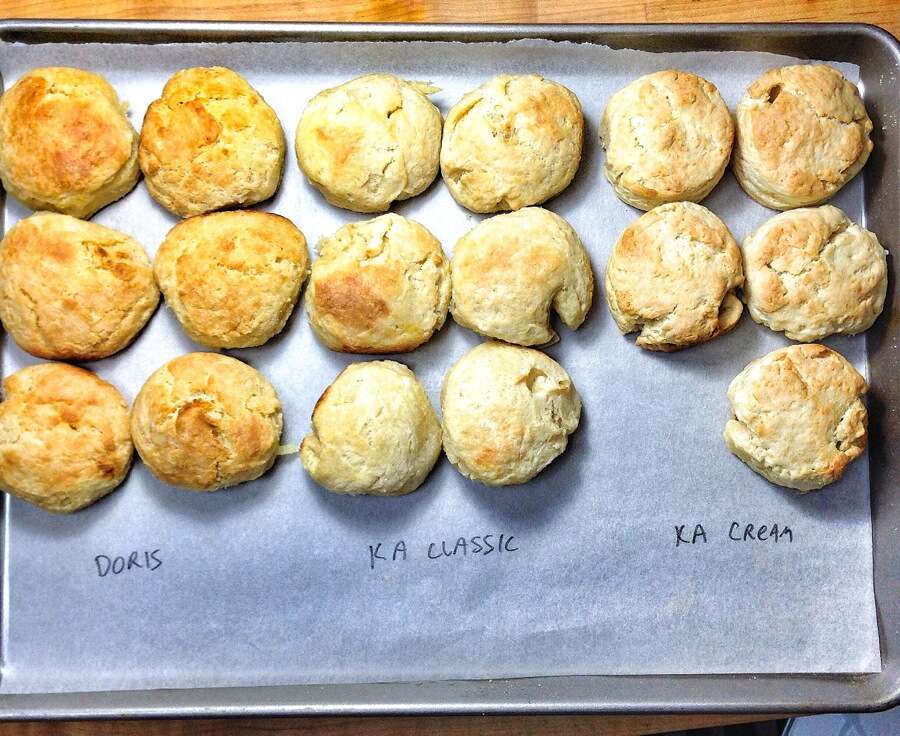 And here we are, ready for the taste test. I gather my digital marketing and Web teammates around; and have them taste the warm biscuits plain, before adding their toppings of choice – butter, cheddar cheese... 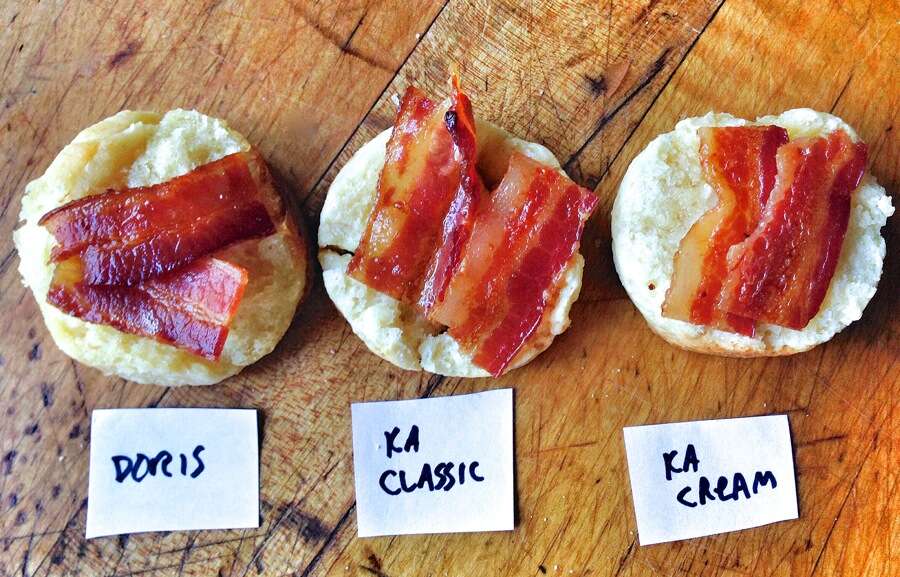 And you know which topping option everyone takes, right?

Well, there IS no consensus. Most people say, "I like them all." I mean, what's not to like about a hot biscuit, right?

Liz, one of our product managers who's happened to wander by, indicates that Doris' biscuits seem richer than the other two. Her actual words: "They're greasy, and I don't mean that in a bad way at all. I mean they're RICH." Liz is a Southerner by birth, so I trust her biscuit opinion.

Peter says he thinks the King's cream biscuits and Doris' are the most tender. Aime likes the cream biscuits' flavor best. But really, there's no slam-dunk Biscuit Throwdown winner. 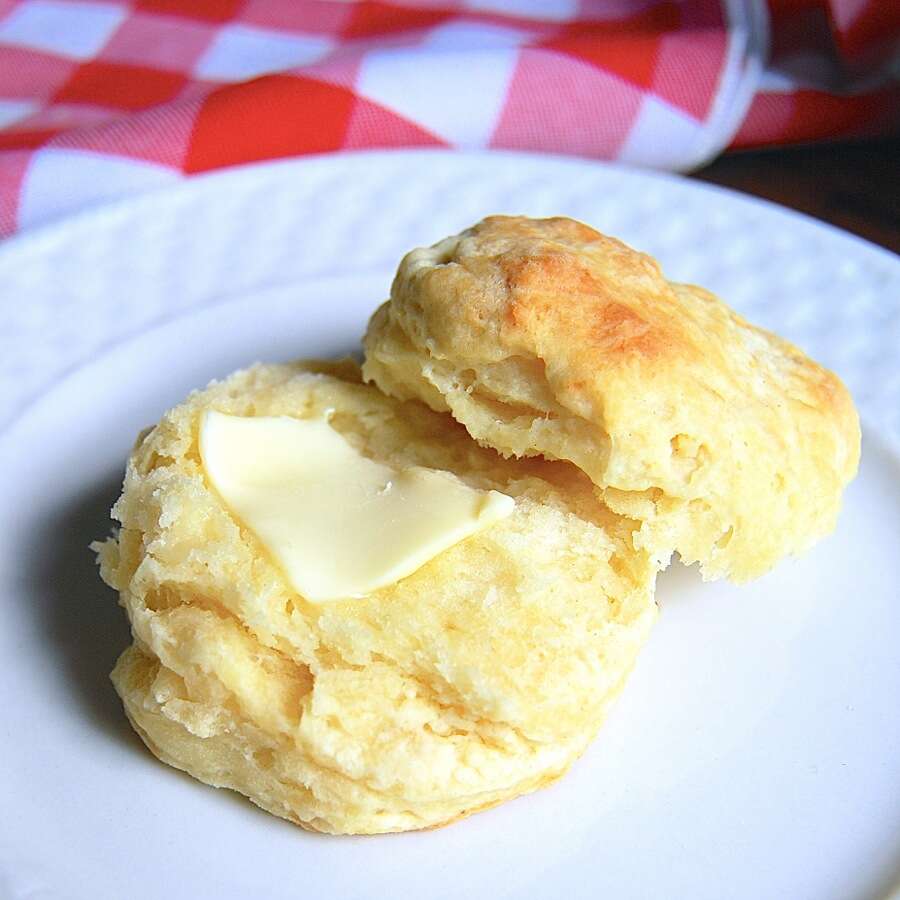 Because, after all – you simply can't go wrong with a hot buttered biscuit!

Our thanks to Doris for suggesting this throwdown, and for sharing her award-winning recipe, winner of the Traditional category at the 2011 International Biscuit Festival in Knoxville, TN.