Was there ever a marriage more heaven-made than this?

Bacon, companion of eggs and darling of the breakfast crowd since time immemorial, has left its traditional morning time slot and is appearing in all kinds of new settings.

With the new focus on salty-sweet desserts, introducing bacon to the pastry equation is a no-brainer. After all, there's nothing in the realm of salt quite so tasty, so nuanced, and with such compelling texture as a slice of crisp-cooked bacon.

Still, some of us feel the need to crawl before we walk. So, rather than just jump into the fray (fry?) by whipping up a batch of chocolate-covered bacon, I thought I'd start small and sensible.

Are you (almost) ready to take the bacon dessert plunge? Dip your toe in the water with this easy, ridiculously tasty treat.

Let's start with the bacon; the recipe calls for half a pound. But I decided to cook an entire pound, since I figured I'd have to test the recipe at least twice. Which I did. Without protest.

The very easiest way to cook bacon is in the oven. Line a baking sheet with parchment, for easy cleanup; set a rack on top. Lay bacon on the rack, trying not to overlap the slices too much. 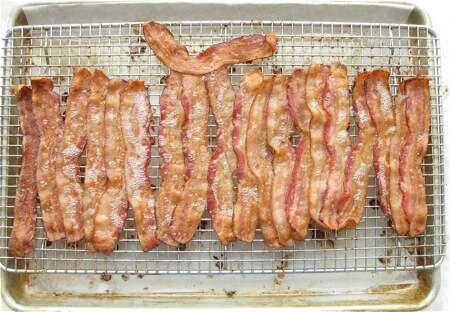 I baked this batch until golden, but not too brown, since it's going to cook a bit more with the biscuits. 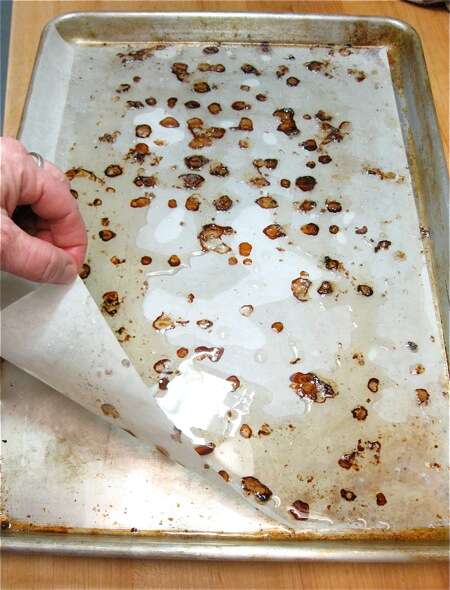 All the burned-on bits stick to the parchment, leaving you a pan that doesn't need scrubbing! 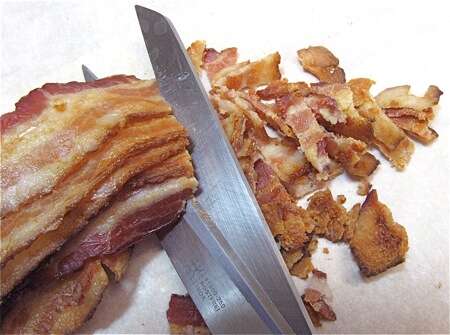 When the bacon has cooled enough to handle, chop it into 1/2" to 3/4" pieces; a pair of scissors is ideal for this task. 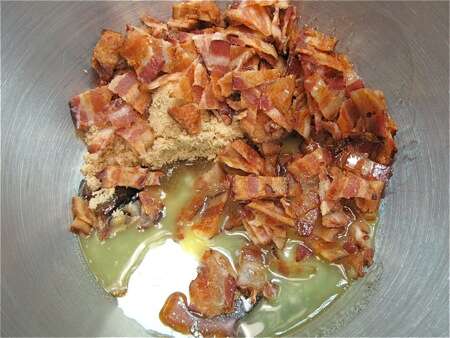 Can you substitute bacon grease for butter? Sure; either option is tasty. 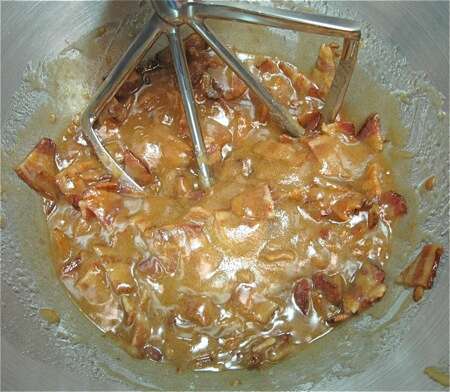 Mix until thoroughly combined. Spread in the prepared pan. 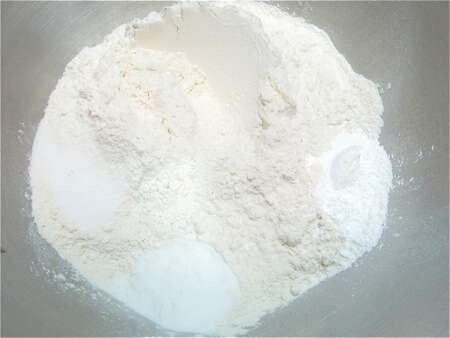 *If you don't have Bakewell Cream, substitute 2 teaspoons baking powder and omit the baking soda.

White flour is white, right? Well, not all flour is pure white, as you may be able to see in the picture above. Compared to the Bakewell Cream and baking soda in the photo, our flour is off-white; a lovely cream color.

That's because it's aged by Mother Nature, rather than bleached with chemicals. And what does THAT mean? All fresh-milled flour, unless it's going to be used immediately (e.g., whole wheat flour you mill yourself), should “age” for a few weeks before you bake with it. If this aging process is skipped, the flour tends to be “bucky,” in baker's parlance; it just doesn't behave well.

And why is this? For the food scientists among you, acidity gradually increases as flour ages, which tends to strengthen  gluten in dough. The amount of free fatty acids in the flour increases, which also improves its baking quality. And finally, proteolytic enzyme activity decreases with aging; this enzyme activity is another factor that negatively affects gluten development.

Some millers bleach flour by adding chemicals. These chemicals strengthen gluten, and therefore can step in for the several-week aging process; time is money, and most big businesses have to report to stockholders focused on their bottom line.

But bleaching turns flour stark white; and adds unwanted chemicals. King Arthur Flour has never been bleached; we're employee-owned, report only to ourselves and, though the bottom line is critical, the quality of our flour is the key to our 221 years of success.

“Never Bleached – Never Bromated.” (Bromate is another chemical strengthener.) That's our story, and we're sticking to it!

Wow, how'd I get off on that tangent? Yes, flour... after 20 years here at King Arthur, it's one of my passions.

Down, girl! Let's get back to the recipe. 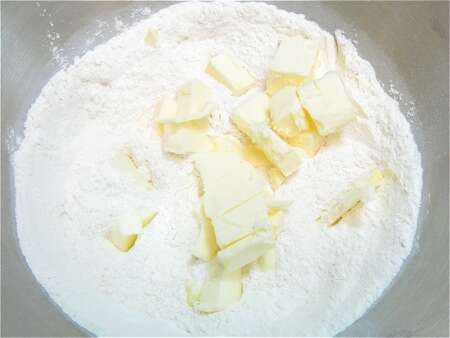 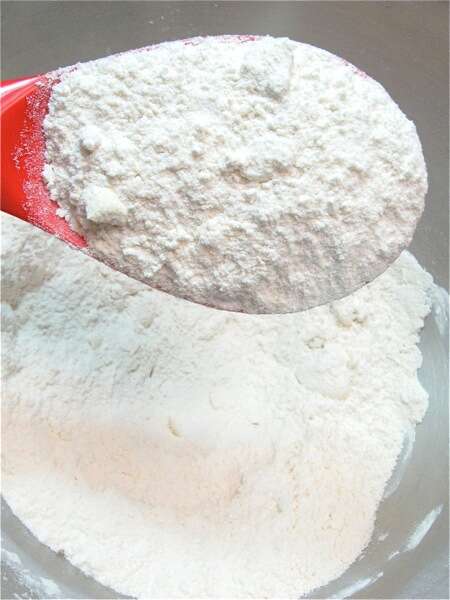 Work in the butter until the mixture is crumbly; some larger, pea-sized pieces of butter may remain intact. 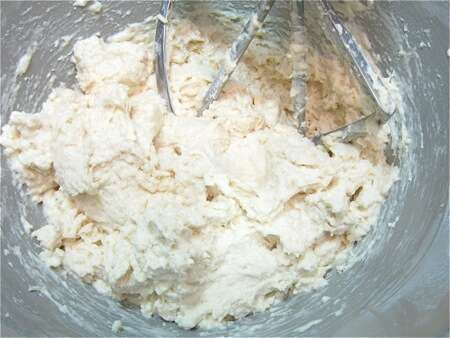 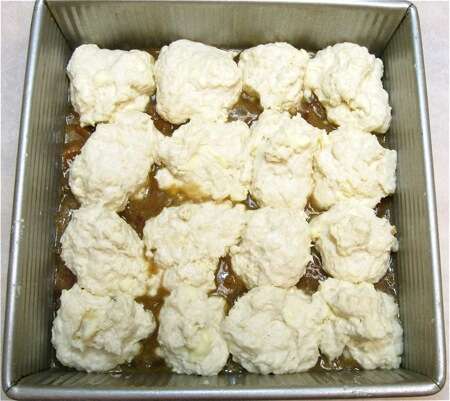 Drop the dough in heaping tablespoonfuls atop the syrup in the pan. 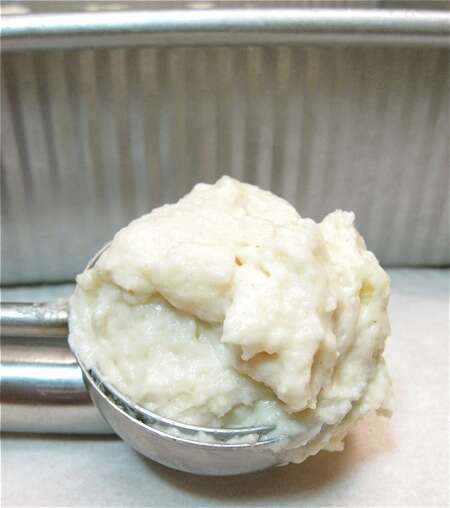 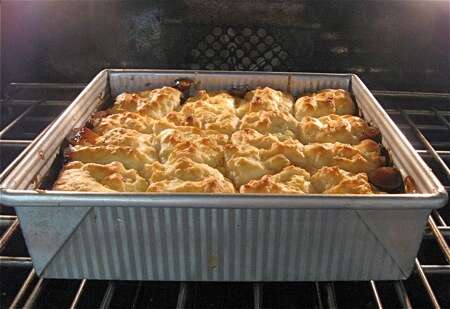 Bake the biscuits for 10 minutes. Turn the oven off, and leave them in the oven for an additional 5 to 10 minutes, until they're golden brown. 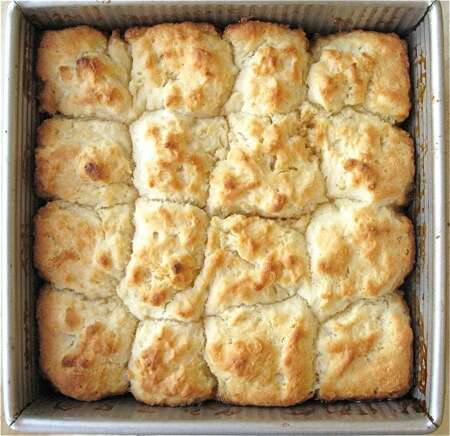 Remove the biscuits from the oven.

OK, are you ready for some ooey-gooey goodness? 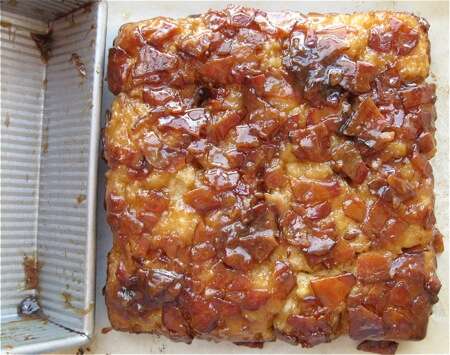 Immediately turn the pan over onto a serving plate. Lift it off, and scrape any syrup left in the pan onto the biscuits. 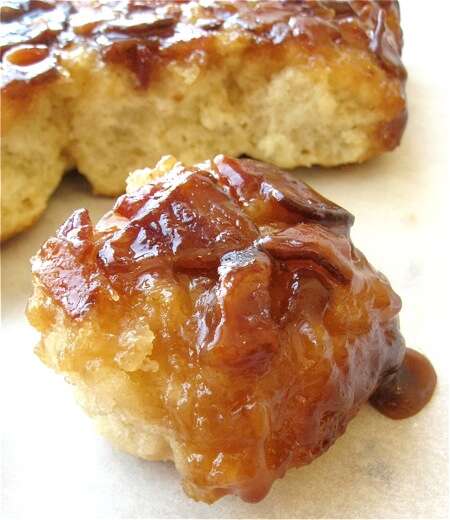 Provide plenty of napkins and/or, even better, encourage guests to lick their fingers.

Want to take your breakfast to the next level but don't have a ton of time in the morning? See our Make Ahead Breakfast recipe collection for plenty of additional breakfast options.

Our family loves these! They have been our Christmas-morning breakfast favorite for several years now. :) When we had to go gluten-free, these were one thing we did not have to give up. Yay! We adapted them by being sure to use gluten-free bacon, and substituting gluten-free biscuits. :) Biscuits. Bacon. Sweet mapley gooey goodness. So much to love. :)
These sound terrific! I'm going to make them soon! Thank you for what sounds like a great biscuit!!
I made these by special request for the retirement breakfast at work of someone in the unit I used to work in. I had made them once before and they were a big hit. I make them the night before (a double batch in a 9x13" pan), and flip them out onto a cooling rack over a baking pan. They may be better immediately, but they are still fantastic when made ahead!
I made these this morning. My husband LOVED them. I followed the recipe exactly, and they turned out exactly as you have pictured. This is definitely a keeper. Thank you for sharing this yummy and delightful recipe.
I have been making KAF cinnamon rolls for years, but tried these this year. Oh. My. Goodness. DIVINE! Having been ill for several days, I was not looking forward to making the rolls (time, not because they aren't tasty!), but found this recipe and tried it out. My husband, who is indifferent to "bread", was amazed and complimented me several times on the fabulous flavor and tenderness of the biscuits. The only change I made was to cut the bacon before cooking it up. Thank you, once again, KAF, for giving my family another awesome recipe that is going to be added into family holiday traditions!
Sl glad you enjoyed these - and thanks for helping us spread the word! Definitely a breakfast "keeper." PJH
Just made these this morning to see if they would be a good choice for "make ahead" Christmas morning. Though they turned out perfectly, I was quite disappointed in the taste. When you see that sticky bun-like topping your brain expects a yeasty bread to come along with it. Nope - just biscuit. Would not pair these together. So . . my Christmas breakfast will be the biscuits with country ham and/or jam.
I would like to make this for a Christmas gift to give to friends. Could I make it the night before so they can bake it Christmas Day? Could I make it and freeze it? It might change the baking time but should be good. I make and freeze biscuits all the time.
Because this is best made and baked right away, you may want to give them the biscuit dry ingredients and the topping dry ingredients in pretty bags, with directions on how to put the rest together. That way they have a quick mix that is homemade with love, and fresh breakfast treats whenever they want. ~ MJ
Would like to make this using your gluten free flour, can you give me the conversions?