Or, how I learned to deep-fry without the deep fat

Doughnuts. Fried dough. Or, as Mardi Gras approaches, let’s raise a toast to New Orleans and its signature treat, beignets. To say nothing of French fries, fritters, and zeppoles, those fried cruller-like creations my Italian husband HAS to have at Christmas (even though mine have never matched the quality of those made by his mother, despite 32 years of trying. It’s OK; his mom’s zeppoles really are better than mine.) Do you get the picture here? I LOVE the taste, the texture, the EXPERIENCE of hot fat hitting dough and crunching/crisping it into a tasty, golden-brown indulgence.

So, what DON’T I love? The sputtering gallon of hot fat. The big pot on the stove, which keeps up an insidious whisper throughout the entire deep-frying process: “Watch out… watch out… you tip me over and you (the dog, the kids) are in a world of hurt...” You know, I don’t need that angst in my life. So for years I’ve limited my doughnuts to Dunkin’, and my fried dough to the refreshment stand at McCoy Stadium, home of the Pawtucket Red Sox.

Until now. I finally decided NOT to follow all those directions about heating “2 quarts of oil in a deep pot set over a burner.” And no way would I buy a deep fryer for the few times I’d use it. So I thought to myself, “Self, how about if you heat JUST enough oil for these babies to float? And how about if you do it in your trusty electric frying pan, where you can actually set the temperature to 350°F rather than guess how high the flame on the stove should be to heat 4 quarts of oil to 350°F?”

Good idea? GREAT idea. And beignets were the test. How about… 3/4” of oil in my 10” frying pan? Would it be deep enough? Absolutely. The cut squares of dough sank briefly, then floated to the top; didn’t stick to the bottom of the pan; browned beautifully, and cooked up in about 2 minutes. I probably spent 15 minutes tending the batches of beignets, and then I was done. No big pot of oil to figure out what to do with… no mess, aside from a very light film of grease on the counter right around the perimeter of the pan, easily wiped clean with a damp sponge.

So, what are we waiting for? Let’s make beignets. And zeppoles, and fried dough, and doughnuts… 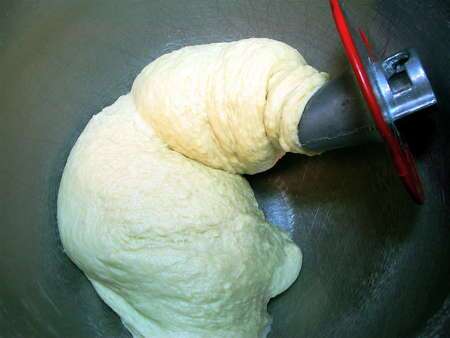 Knead till the dough is fairly smooth. It doesn't have to be completely smooth; it's going to rest in the fridge overnight, and it'll smooth itself out as it chills and continues to develop. 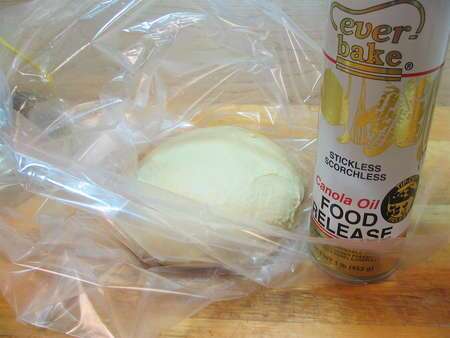 You can put the dough in a greased bowl, but I prefer to use a large plastic bag, greased on the inside. It's easier to find a space in the fridge for it! 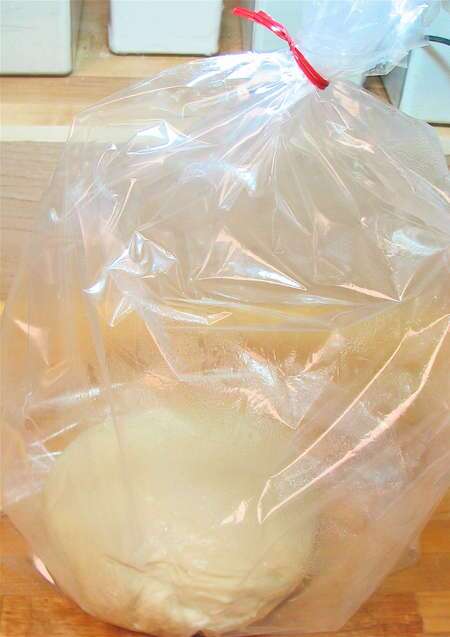 Fasten the bag at the very top, to leave room for the dough to expand. 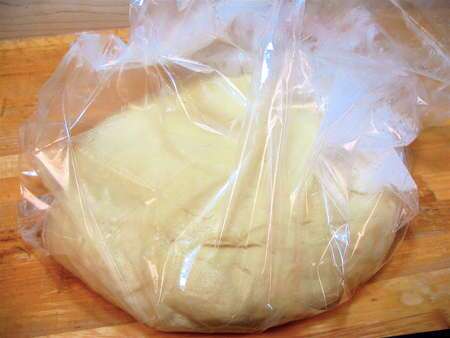 Next day, the dough will have expanded nicely, despite being in a chilly environment. Amazing how that works, huh? All those times when you tried to find a warm place for dough to rise, and you could have put it in the fridge overnight. Rising bread dough is awesome stuff.

Gently deflate the dough, and roll/pat it into a 14” x 10” rectangle. Try to make it rectangular, but don't be too fussy about making perfectly square corners. 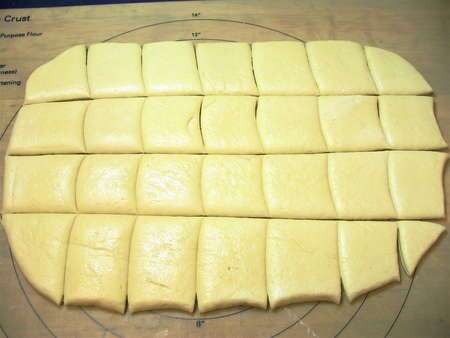 Cut the dough into squares (more or less; again, you don't need to be overly fussy). 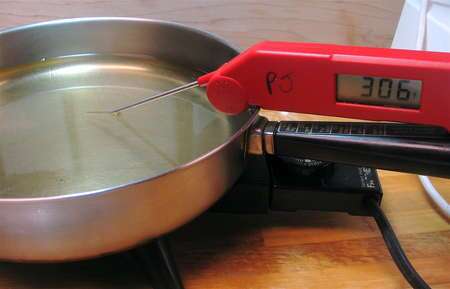 Heat 3/4” of oil to 360°F in a 10” electric frying pan, or 10” skillet set over a burner. An instant-read thermometer is a help, as you watch the oil slowly, then more quickly reach frying temperature. The dough will rise just a bit as you wait for the oil to heat. 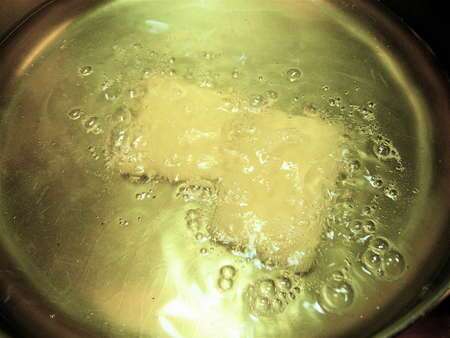 Drop the squares of dough into the oil about 6 at a time. They'll sink to the bottom, then within 5 to 10 seconds rise to the top. If they don’t rise to the top fairly quickly, the oil isn’t hot enough. Again, an instant-read thermometer is a huge help here. 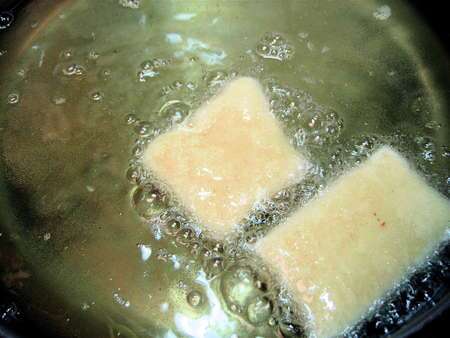 ...and they suddenly puff up like balloons. Fry on one side till golden brown, about 1 minute. Use a pair of tongs to gently turn them over. 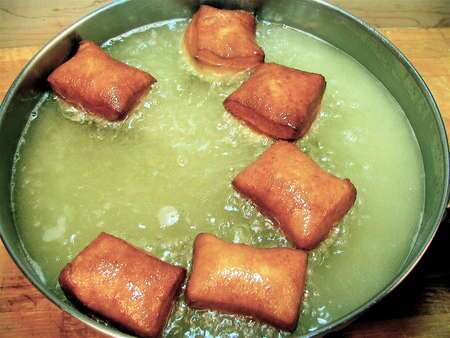 Fry on the second side for 1 minute, till the beignets are golden brown all over. 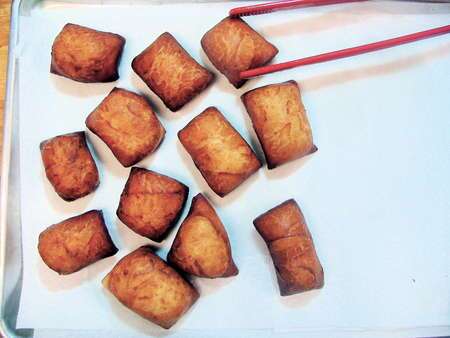 Drain them on a layer of paper towels set on a baking sheet. 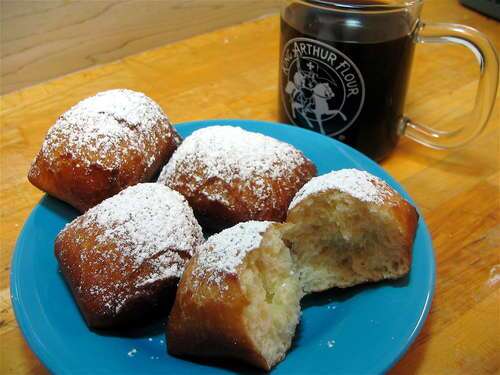 When they’re cool, sprinkle with confectioners’ sugar, and serve with strong coffee. Fry up some beignets, and laissez les bons temps roulez!

P.S. Reader Mel Heimo sent the following feedback after this blog was posted: “Your blog and email pictures do not look anything like real New Orleans beignets. It is not a yeasted dough. I've eaten at Café du Monde enough times to know! I make their mix which is most likely a baking powder base and my beignets look just like theirs. Please print a correction. Thank you, Ms. Mel Heimo"

Mel is right - these aren't Café du Monde beignets, which are indeed a baking powder-based beignet. However, just as there are "cake" doughnuts and "raised" doughnuts, there are baking powder beignets and yeasted beignets. Chacun à son goût... Variety is the spice of life!

I just made shrimp, corn, and cheddar fritters (baking powder, not yeast). I pan fried them. After reading your post, I'm now calling them beignets. Now, they taste ever better! (Since they're savory, the sprinkle is Old Bay, not powdered sugar. Thanks!!!

Sounds delicious, Patricia! Thanks for sharing.

How baking brought me full circle

Baking helped me navigate my journey as a gay woman