Wood-fired ovens foster community wherever they’re built. In the summer of 2021, I was lucky to lead a group of volunteers to rebuild the beloved community oven in Norwich, VT, home of King Arthur. The earthen oven had stood in a meadowy field since 1985 when Dale Hisler led his son’s Boy Scout troop to build a traditional Quebecoise-style oven; I first met it not long after I started working at the King Arthur Bakery around 1999, and I visit it nearly every time I travel back to Vermont to teach at King Arthur’s Baking School.

Dale’s oven ignited a tradition of community pizza bakes, cyclical bread days, and visits from students in town taking classes at the King Arthur Baking School. All that use led to a cherished oven that needed to be replaced due to cracking walls, an uneven hearth, and general deterioration. It was time to rebuild.

Over three days, our group reverently dismantled Dale’s oven and worked together to build a new one. One goal was to preserve as much tradition as possible, including the look and dimensions of the oven. I also wanted to make the oven more efficient by using design and material developments that have occurred over the past 36 years. As we worked, people talked about baking and ovens, thought out loud to solve problems, and got to know each other better, even if some relationships were already decades old.

One of the first challenges was a crack we encountered in a large granite piece of the foundation. How were we going to build an oven if the base was unstable? Marc Levy, King Arthur baker, mentioned he had a few pieces of granite he had been given by a neighbor that were just 10 minutes away. As it turns out, Marc had pieces of granite that fit “as if it was meant to be,” as my mother would say. Once we were able to build on a foundation of solid rock, the cadre of oven builders continued to collaborate at each step.

This is one way wood-fired ovens build community. As I write this, the oven is “curing,” which is a weeks-long drying period. Once the curing period ends, a celebratory fire will be lit and there will be community oven opportunities well into the future.

King Arthur wants to build community through baking everywhere, not just in Norwich. That’s why they asked me to write this blog post, to share a sampling of ways you can get the most out of your wood-fired oven, whether it's in your backyard or in a city park.

Understanding the heat in your wood-fired oven

Wood-fired ovens are comprised of both thermal mass and insulation. Thermal mass is all the bricks and/or clay that make up the firebox and absorb heat during firing. In many applications, a fire is maintained while the cooking happens (pizza, for instance). However, the fire might also be removed, like it is for hearth breads, which bake with heat retained and released by the thermal mass.

Think of thermal mass as a battery you charge with energy while firing; that stored energy can then be used to make many different foods. The insulation acts as, well, insulation, to keep heat in the thermal mass so you have more extended opportunities to roast, bake, braise, render, infuse, dehydrate, and more. Insulation could be a very efficient kiln blanket that wraps around the oven and is hidden by the oven's facade; for the Norwich oven, we used a traditional mixture of clay, sand, and straw that help slow the loss of heat energy.

The way you can get the most out of a firing is to be prepared for cooking or baking at every temperature range over the course of a single firing, from very hot to low-and-slow. Here are some items I made in the wood-fired oven at King Arthur during a recent interactive online demonstration, “From The Wood-Fired Oven,” based on my book of the same name.

One thing to note: The King Arthur oven is a large “built-in-place” oven with lots of thermal mass, but many of the high-temperature items described below can also be made in the portable appliances in Martin’s “tabletop ovens” section, like the Ooni. However, the low mass of tabletop ovens means they don’t support extended low-and-slow cooking methods because they lose heat relatively quickly.

When the oven is heating up: Roasted vegetables and proteins

Ember-roasted vegetables are an easy but dynamic way to use the live-fire environment when heating up your oven. One of the most delicious ways to use this method is by simply tossing whole unpeeled onions into an oven while the fire is burning. Intense heat carbonizes the onion’s exterior into a paper mâché like shell; meanwhile, on the inside, the onion cooks in its own succulent juices. After the onions are cooked tender all the way through, pull them from the oven and cover with a bowl. Once cool, peel away the burned layers and get down to the orb of smoky onion goodness.

Other vegetables work for this method, too, like peppers, eggplant, and endive. This summer at King Arthur I removed the outer husks from ears of corn, then soaked the ears for an hour before placing them among the embers and flames. The excess water in the husks helped steam many of the kernels, while others were intensely darkened by exposure to flame and hot hearth. Smokiness abounded.

Vegetables like cabbage or cauliflower take a longer time to cook due to their density. The way I accomplish a well-cooked “heavy” vegetable that still gets the kiss of fire is to cook it until tender in a covered Dutch oven-type container, transfer to a shallow pan, and return it to the oven so the tender food gets neatly but thoroughly caramelized. That last step will only take a few minutes at high temperatures.

Of course, meats and seafood can also be cooked at these high temperatures. Sometimes, I’ll simply place a steak directly on a clean part of the hearth. Instant conduction of heat starts to cook the bottom of the cut while heat radiates down from above. Be aware: It's searing hot and you’re cooking on both sides, so take care not to overdo it!

When the oven is fiercely hot at 700°F: pizza and pita

It gets to be pizza time once the thermal mass has absorbed enough energy (and continues to take in more) so that the bottoms of your pizzas receive sufficient heat to bake through. And even though we all love it, remember that pizza isn’t the only game in town. Pita is a fun and entertaining bread to make; its dramatic ballooning in the heat of the oven amazes people. Pita doesn’t take long to bake, and it cools down quickly so it’s easy to produce a lot of freshly baked bread in little time.

About now is when you might choose to remove the remnants of the fire and begin the process of cooling the oven to bread-baking temperatures, about 450°F to 500°F (232°C to 260°C) for hearty doughs without any added sugars, eggs, or dairy. A hoe and a pizza oven brush will help get out coals and soot, so you’ll have a clean baking surface.

Ovens perform differently depending on how much mass they have, how well the mass is saturated with heat, and how well insulated the oven is, so the way you bake your bread at this point will depend on the oven you’re working with. One bread to bake while the oven is still too hot for freeform loaves is focaccia. Sourdough-type loaves, on the other hand, will follow later with a loading protocol that includes introducing steam into the oven and sealing it in with a damp towel around the door.

When the oven is cooled to 350°F: cinnamon rolls (and more)

Everything in a wood-fired oven doesn’t have to be rustic or cooked with fire. Once the temperature dips down to around 350°F (177°C), you can cook or bake all the foods we bake in a home oven at that familiar temperature. In my recent class, I was lucky enough to have Lilly Connolly, Baking School classroom coordinator, assist me. She whipped up a batch of King Arthur’s Recipe of the Year, Perfectly Pillowy Cinnamon Rolls, that turned out delicious and perfectly baked.

These lower temperatures degrade at a slower rate, so you’ll have plenty of time to bake sweeter baked goods, make casseroles, or slow cook some ribs and pulled pork.

When the oven is cooled to 100°F: infused oils and dried herbs

Eventually, the oven will cool to 100°F (38°C). This low-temperature window is ideal for infusing oils and dehydrating herbs. Chop herbs, add to a jar, cover with oil, and let the herb impart its flavor, aided by the gentle heat of warm masonry. Dehydrating herbs on a cooling rack in a low oven (with the door open so moisture can escape) is a good way to preserve the bounty of summer; the low but rapid drying environment preserves flavor and color.

The ways to use the full spectrum of heat in a wood-fired oven are boundless and cyclical. Once you "finish" the cycle with some infused oils and dried herbs, you're ready to go back to the top and use them to make the wide range of foods a wood-fired oven can provide. 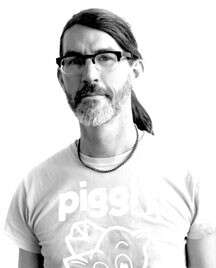 Richard Miscovich is a Department Chair and teaches artisan bread baking to culinary students at Johnson &amp; Wales University in Providence, Rhode Island, and to home and professional bakers at classes and conferences around the country. Richard is a Bread Bakers Guild of America Certified Bread B...
View all by Richard Miscovich

Do you use an oven thermometer or is there another way to know the temperature of the oven??

Hi Zoe, most people use an Infrared Thermometer to check the temperature in their wood fired oven, but wood fired ovens have been around for a long time, so there are also more basic methods like the "Mississippi Method," which involves hovering your hand in the oven just above where you plan to bake and counting how many Mississippis you can get through before you need to take your hand out. There are even charts online to translate how many Mississippis equate to what temperature!