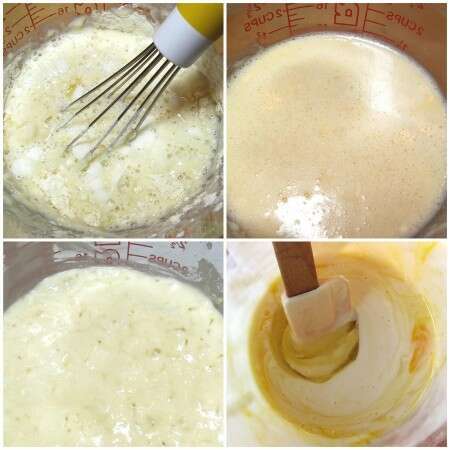 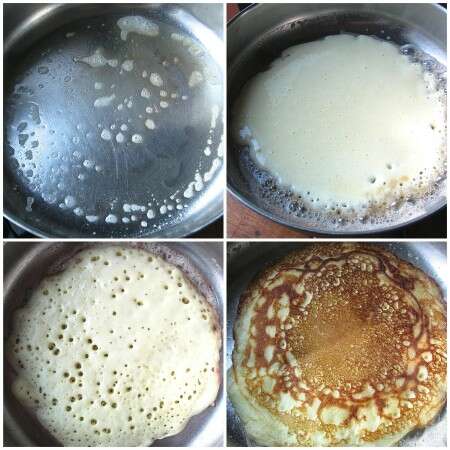 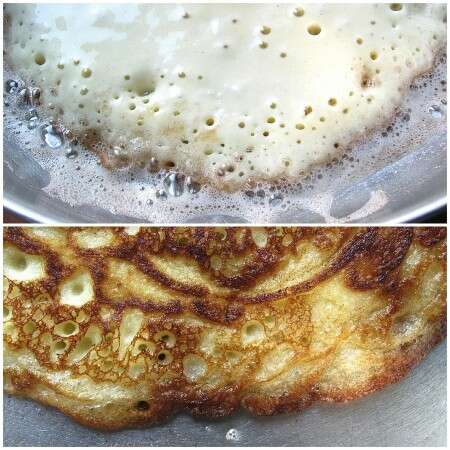 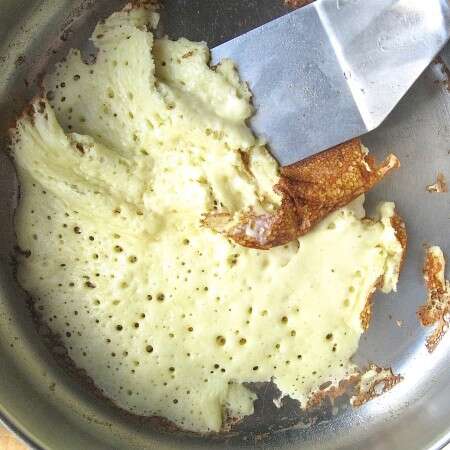 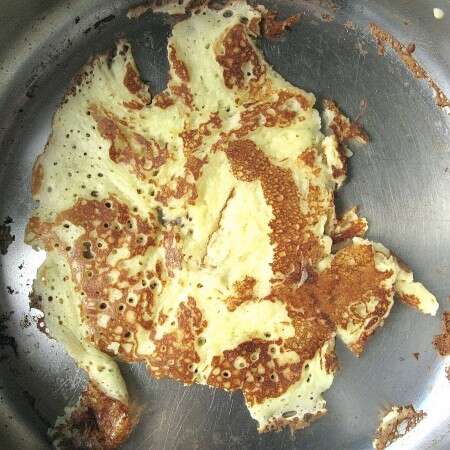 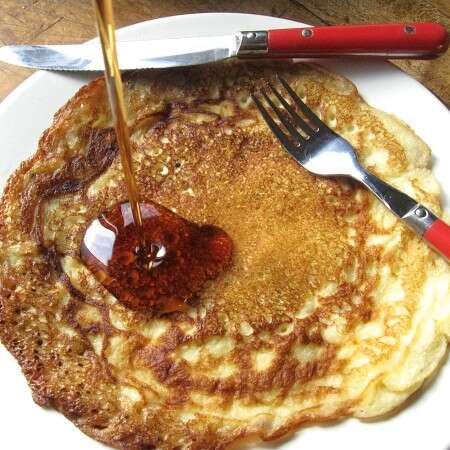 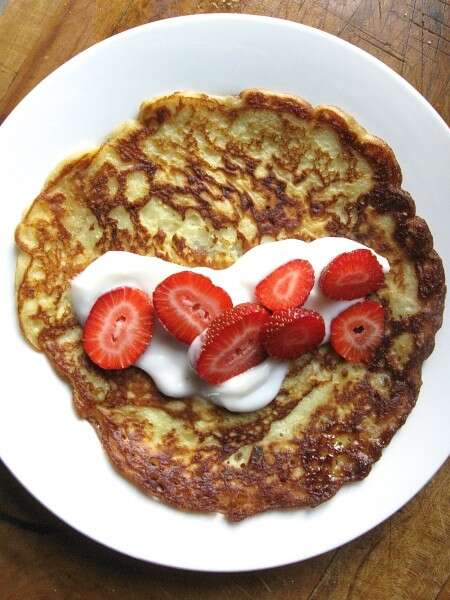 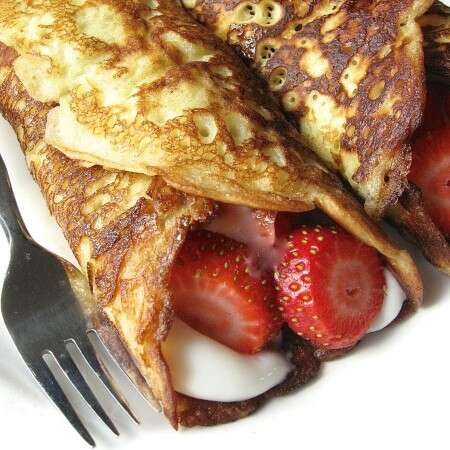 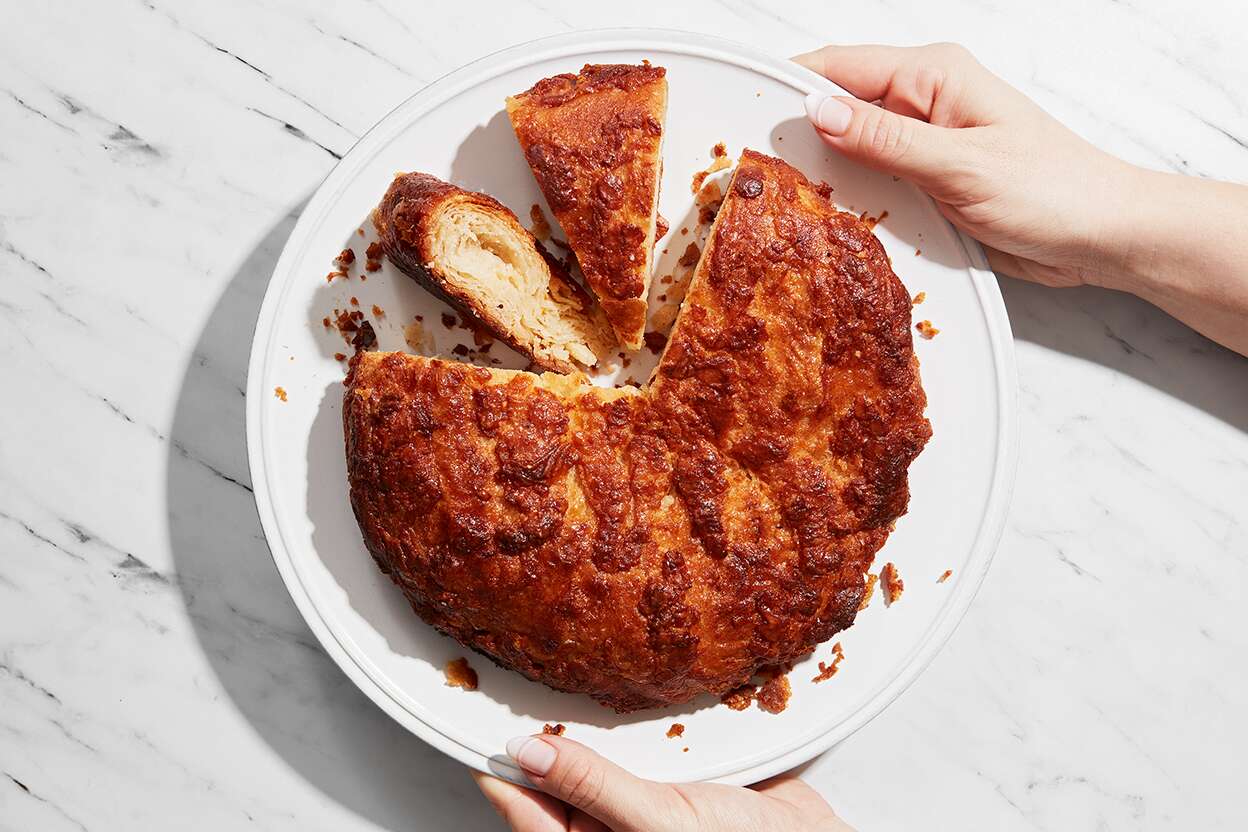 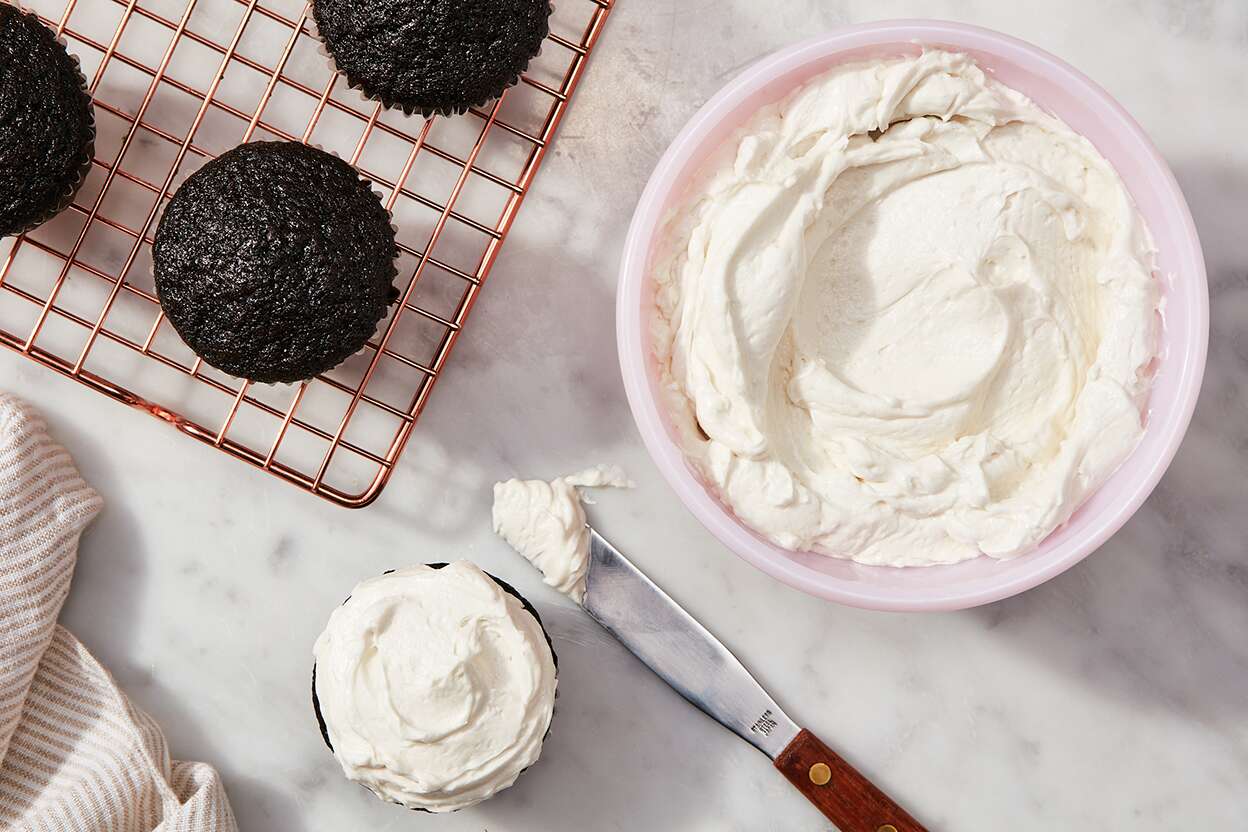 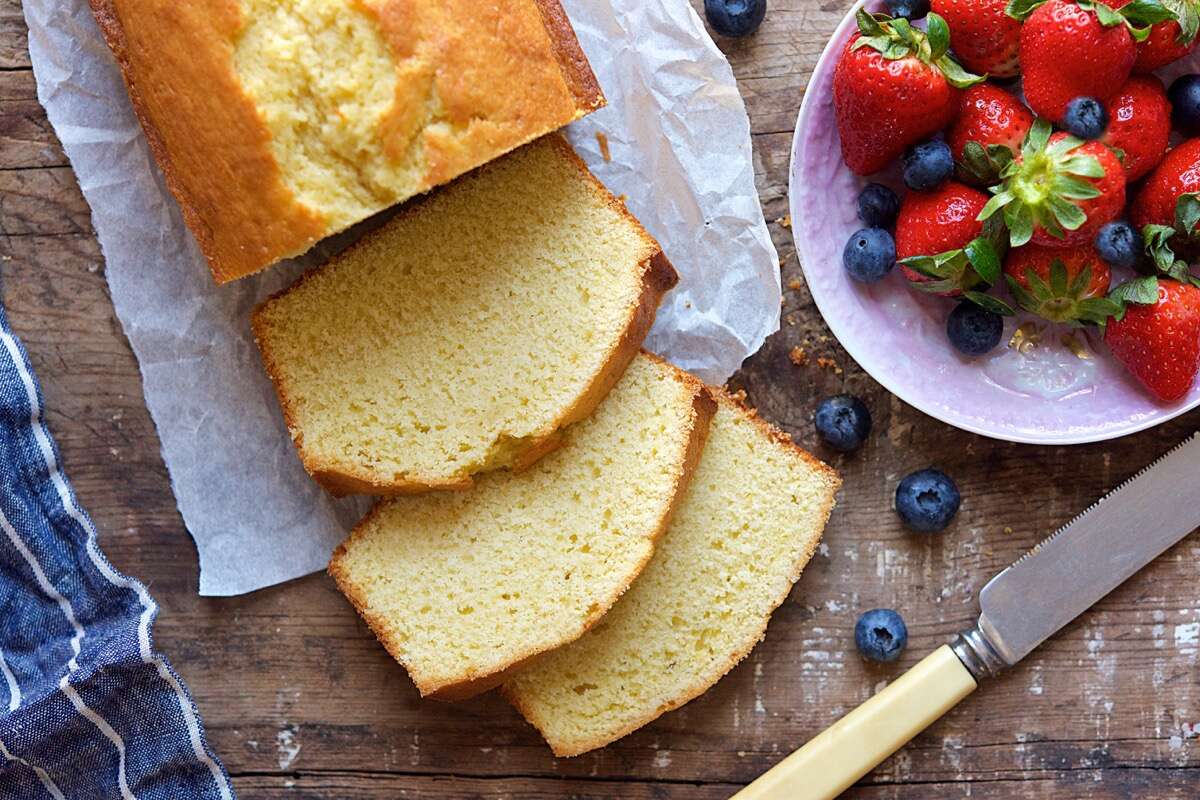 I made them and they were delicious! One question I had was upon removing the batter from the fridge and add the egg do you begin making the pancakes or do you wait until the batter comes to room temp?

Hi Maria. The egg can be added to the batter cold. You do not need to let the batter come to room temperature first especially if you are using a cold egg as well. Happy Baking!

My husband and I love eating at Pamela’s when we visit Pittsburg! He brags about those pancakes to everyone here in Wisconsin. I told him I came across this recipe so I’m giving it a try. I am making two batches, one with buttermilk. Not sure if that will make a difference. I added vanilla and a pinch of anise to both. I am going to try and make them in my well seasoned cast iron pan tomorrow morning. Wish me luck!

If there is a spice in these cakes, beyond a hint of vanilla, it is so scant that it is not distinct from the overall taste. I've eaten these with just butter--no syrup, fruit, or other toppings--and can't get a read on anything. Your recipe is quite good, both on its own merits and as a blind try at cloning a classic.
I just made the batter last night and made the crepe style pancakes this morning. The perfect pancakes were the ones that I only used about 3/4 of a 1/4 cup full of batter. This gave the perfect amount of batter for the middle to be soft and pancake-y and the edges to be crispy and crepe-y! I also added vanilla... and they're perfection! Love these pancakes and so glad you shared the recipe!
Our family regularly makes pilgrimages to Pamela's various locations, and pancake are always on our breakfast list. We have guests in this weekend, we're trying to come up with breakfast ideas that didn't involve leaving the house, and were thrilled to find your recipe. I'm sorry to report that the pancakes we made really tasted nothing like the "real thing" to us. Something is missing. Maybe it's vanilla like another poster mentioned. Maybe it needs another egg. I don't know. We'll keep trying to tweak it and will report back if we hit on something that duplicates the original more closely.
We're envious of those visits, Lisa, and appreciate the expert opinion. Do keep us posted on your own process to arrive at this special destination! Mollie@KAF
Hi--the rumor is that the ingredient is "anise"... :)
Wow, that's surprising - hmmm, have to give that a try next time. Thanks, Lydia! PJH
Oh I'm definitely doing this tomorrow! Ive been making classic crepes every weekend (well almost every weekend) and I think its time to change it up a bit! Thank you and stay tuned!