My love for cinnamon started when I was a young girl sitting at the breakfast table, my feet dangling from the chair. My mom would spread butter on my toast and theatrically sprinkle a mixture of cinnamon sugar on top — a blissful breakfast experience that made me truly believe she was magical. I still find its flavor enchanting, and I can’t wait to share some of my favorite cinnamon recipes with you, just in time for the peak of autumn.

You might think “cinnamon is cinnamon,” but this spice comes in multiple varieties, each with its own flavor and characteristics. Two of the most popular are Vietnamese and Indonesian cinnamon. Vietnamese cinnamon is the bold, spicy, can’t-miss cinnamon flavor that you taste in something like a cinnamon roll. It’s often the main flavor you detect, and because of its ability to stand out so vibrantly, I recommend using one of the highest quality. Indonesian cinnamon, on the other hand, is more subtle and mellow, and it works well when used in combination with other flavors (like a spice blend that includes nutmeg, clove, and ginger). It may sound complicated, but we’ve cracked the code on all the types of cinnamon and when to use them, if you’re interested in learning more.

Now, on to the recipes:

This recipe captures the bold, rich flavor of Vietnamese cinnamon. Also known as Saigon cinnamon, it's distinguished by its strong, sweet, spicy flavor and aroma, so it stands out when rolled between soft layers in these “Recipe of the Year” cinnamon rolls.

Vietnamese cinnamon is also the star of this star-shaped bread, which is as wonderful to eat as it is to admire. It’s similar to cinnamon buns but with a fun, festive twist that will impress any fellow partygoers or followers on your feed.

Before this recent Bake of the Week debuted, I had lost all enthusiasm for muffins. But one bite of these stuffed muffins and I was hooked. With a luscious pocket of rich cinnamon inside and a crumbly streusel topping (with, yes, more cinnamon), the flame was reignited. To save time on this recipe, you can use Baker's Cinnamon Filling.

This pumpkin pie’s purpose is to bring bold, spice-forward flavor to a conventional dessert, which means adding a healthy amount of Vietnamese cinnamon to the filling. You can even infuse your whipped cream topping with more cinnamon for extra flare.

If you’re ready to amp up the cinnamon flavor while adding a bit of chewy texture, add Apple Cinnamon Jammy Bits to the batter of these fall-inspired cupcakes. And don’t even think of skipping the frosting — the boiled cider adds tart apple flavor that offsets the icing’s sweetness.

If you already have a bag of Apple Cinnamon Jammy Bits, here’s another great way to use them. Just a quarter cup adds delicious flavor to this cinnamon-infused dough. You can even use them again to garnish the fabulously crunchy surface of this iconic bagel. Pro tip: Try these Bagel Molds for picture-perfect results.

With thrice the cinnamon power (dough, filling, and glaze), these 5-star scones will make a lasting impression. As one customer commented, “The triple hit makes it a cinnamon lover's dream.” These scones, paired with cinnamon apple cider, are truly an over-the-top treat.

The perfect combination of two of my favorite recipes (a sourdough sandwich loaf and cinnamon swirl bread), this loaf is great for everything from toast to grilled cheese (trust me on this). I opt for Indonesian cinnamon to let the subtle tang of sourdough share the limelight. Make this right before you have company to fill your home with the intoxicating aroma of fresh bread and cinnamon.

A year-round classic in my house, these mildly spiced cookies are a welcome treat any time of day — if you ask me, the oats make them wholesome enough for breakfast or snacking. Indonesian cinnamon offers a touch of sweet cinnamon flavor while letting the nutty flavor from the oats shine. For perfectly portioned cookies, I use this cookie scoop.

Loaded with diced apples and bathed in sweet apple syrup, these soft, buttery baked slices beg to be eaten on a brisk fall day. A mashup of dumplings, sticky buns, pie, and cobbler, this unique treat will please any cinnamon-craving palate.

Looking for more fall-inspired spices? Check out our entire collection of pantry staples. 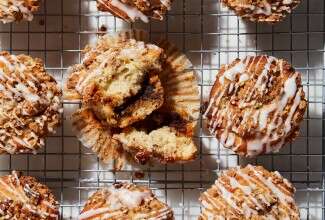 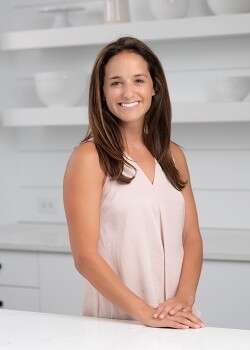 Laura Scaduto joined the King Arthur team in December 2019, which was also her first official winter in New England. (She’s currently thawing out in Florida.) Laura shifted her copywriting skills from beauty to baking when she came to King Arthur, swapping skincare secrets for secret ingredients – h...
View all by Laura Scaduto

I still have magazines that l use also buy flours from my local store. The best ever receipes.

The 15 best recipes to bake in November