Cookies: The New Classics author Jesse Szewczyk knows a thing or two about how to make great cookies. And for anyone who wants theirs as fudgy as can be, he's sharing his go-to technique below. (Heads up: At King Arthur, we only recommend the cookbooks that we, as bakers, truly love. When you buy through external links on our site, we may earn an affiliate commission.)

This formulaic approach to cookie baking made me look at them differently. Now when I eat a cookie, I notice when it’s made with shortening versus butter, when the dough would have benefited from resting in the fridge, and if it was over- or under-mixed. But one of the most obvious details I now pick up on is when a cookie is made with melted butter versus creamed butter. This might sound like a rather minor detail, but the change in texture is significant, and it’s one I don’t think is talked about enough.

Creaming softened butter and sugar together incorporates air into the dough, helping cookies rise, puff up, and become lighter as they bake. Traditional wisdom suggests that failing to do so results in cookies that are dense — but what if you want your cookies to be dense?

I’ve always been a fan of cookies that are rich and fudgy in the center, so the idea of forgoing the creaming process made sense to me. About halfway through writing Cookies, I started using melted butter instead of creaming it. By switching up the technique, I omitted all the extra air that gets incorporated into the dough during creaming, and as a result, the cookies made with melted butter were significantly chewier and fudgier than those made with creamed butter.

Think of it this way: Brownies and blondies both have an amazing dense texture — not raw or undercooked in the center, but legitimately fudgy. These treats are almost always made with melted butter, omitting that extra rise that comes from creamed butter. Using melted butter in cookies helps you achieve a similar fudgy-yet-cooked texture and prevents any unwanted cakiness.

Instead of the rise coming from both chemical and physical leavening agents (baking soda/powder + creamed butter), it now comes almost exclusively from chemical agents alone. Chemical leavening agents help the cookies rise and puff in the oven but are not necessarily strong enough to prevent cookies from deflating once they hit a certain threshold of puffiness. Cookies made with melted butter often deflate and become denser when they cool, resulting in a perfectly cooked fudgy center — a similar textural result to brownies that get rapped (aka banged against an oven rack mid-bake to deflate them) or Sarah Kieffer's iconic pan-banging cookies that turn out pleasantly compact.

Can you use melted butter in any cookie recipe?

Melted butter is best suited for drop doughs such as chocolate chip, peanut butter, and sugar cookies, as well as most cookie bars. You can usually adapt recipes that don't originally call for melted butter to use this technique if you're looking for an even fudgier texture.

To do so, use the same amount of butter called for in the recipe and melt it until just liquified but not browned. Combine that with your sugar and proceed with the recipe as written. (One bonus: Melted butter is a lot easier to mix into sugar by hand.) Because melted butter is warmer, the dough might require an hour or two of chilling in the fridge to prevent the cookies from spreading too much in the oven. (I always recommend baking off one test cookie in the oven before committing to baking the whole batch, especially when tweaking recipes for the first time.)

If done properly, your cookies should come out slightly fudgier and more compact, with a crisp-on-the-edges, soft-in-the-center texture that bends instead of snaps.

If you're a fan of cakey cookies, or love a cookie with a delicate lightness, this technique probably isn't for you. Omitting the air from the creaming process will result in a significant loss of rise. But if, like me, you love rich, decadent cookies with a pleasantly dense center, using melted butter might just be your new go-to technique. Consider this permission to break the antiquated creamed butter-only rules of the past and make the cookie you truly want.

Cookie recipes to put the melted butter technique to use

Rye Chocolate Chip Cookies: Any variation of chocolate chip cookies is prime for using melted butter. This version, made with nutty rye flour, is a great example of how melted butter can make the centers pleasantly gooey without being undercooked.

Chewy Chocolate Chip Cookie Bars: Using melted butter in cookie bars helps give them that wonderful brownie-like texture that’s crisp on the edges and moist in the center.

Chocolate Chocolate Chip Cookies: While this recipe calls for using softened butter, it's a prime example of a cookie that could be adapted to be made with melted butter. Doing so will lean into the brownie qualities of the cookie and make the centers even fudgier. Just make sure to bake off a test cookie to make sure the dough doesn't need to be chilled first. If the test cookie spreads too much, chilling the dough for one hour will do the trick. 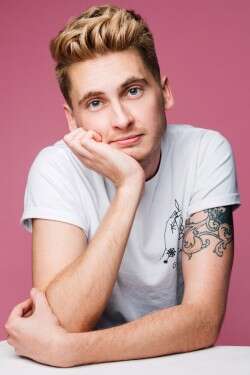 Jesse Szewczyk is a food writer based in New York. His work has been featured in Food Network, Food52, Bon Appétit, The Washington Post, and many other publications. He is the author of Tasty Pride, a collection of 75 recipes and stories from the queer food community that raised $50,000 for GLAAD, a...
View all by Jesse Szewczyk

Really dumb baker here; misread amount of butter required for oatmeal raisin cookies (one on the oatmeal container). End result: ugh. Has anyone tried adding melted butter to a previously baked one to salvage an otherwise blah batch?

Hi Ellaine, if you've already baked the cookies, adding melted butter won't really improve their texture or flavor. I would consider crumbling up the cookies and adding them as a streusel topping to ice cream or other treats that don't require further baking. They'll add a sweet crunch and you won't notice the reduced amount of butter.

I generally make oatmeal chocolate chip cookies with the creamed butter technique, then scoop them into dough balls ready for baking and freeze them, so I can make small batches whenever I want throughout the month. How would the freezing affect the outcome if I melted the butter instead of creaming it? (For that matter, am I hurting my overall cookie outcome by freezing the dough?)

Hi Julie, I would think that melting the butter and then freezing the cookie dough balls would still yield the same results, since you've still avoided incorporating air during creaming. We're big fans of freezing cookie dough balls, as PJ indicates in this blog post, so I wouldn't worry about compromising your cookies.

You are swapping melted butter for softened butter, not vice versa as you stated it.

What about crisp, rich cookies....any tips.

Since you are into research......would you consider a portion of same to the sugar free cookie. We HAVE to have our cookies, but many of us do not have the luxury of sugar intake. Yes, for many years, I and many others, have experimented. Some recipes work, others not so well. KA sugar baking sub is good, but still not all recipes work. Are we lazy to try all new recipes. No, just would be nice to have a recommendation. Everything is better than the "years ago" trying subs such as applesauce or jam, etc. (and horrible flat taste) Have we come a long way!

Thank you for a great article! I instantly recognized why I like my Chocolate Peppermint Crinkle Cookies so much. They are made with melted butter and then allowed to rest in the refrigerator, and the chewy texture is what I have always loved about them. Now I know why they are that way, thanks to your article. Thank you!!!

Things bakers know: The go-to trick for perfectly round logs of cookie dough

All you need is parchment paper and a bench knife.