The darker side of sweet 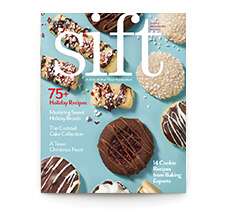 Sift magazine’s holiday issue is full of festive recipes for this season’s baking.

Sift magazine often includes a feature called "ingredient spotlight." That's where we take one of our favorite baking ingredients and use it in a collection of recipes that really shows what it can do. This time, we're exploring the rich, robust flavor of molasses. Come with us as we taste some of the ways it can really amp up your baking.

Molasses runs through our history and the evolution of our baked goods. In colonial times, it was commonly used in tandem with honey as a principle sweetener. Refined sugars were too expensive for most households, so baking with molasses became the norm, appearing in staples like anadama and brown breads, baked beans, and gingerbread. As a result, we're left with a national memory of its flavor. 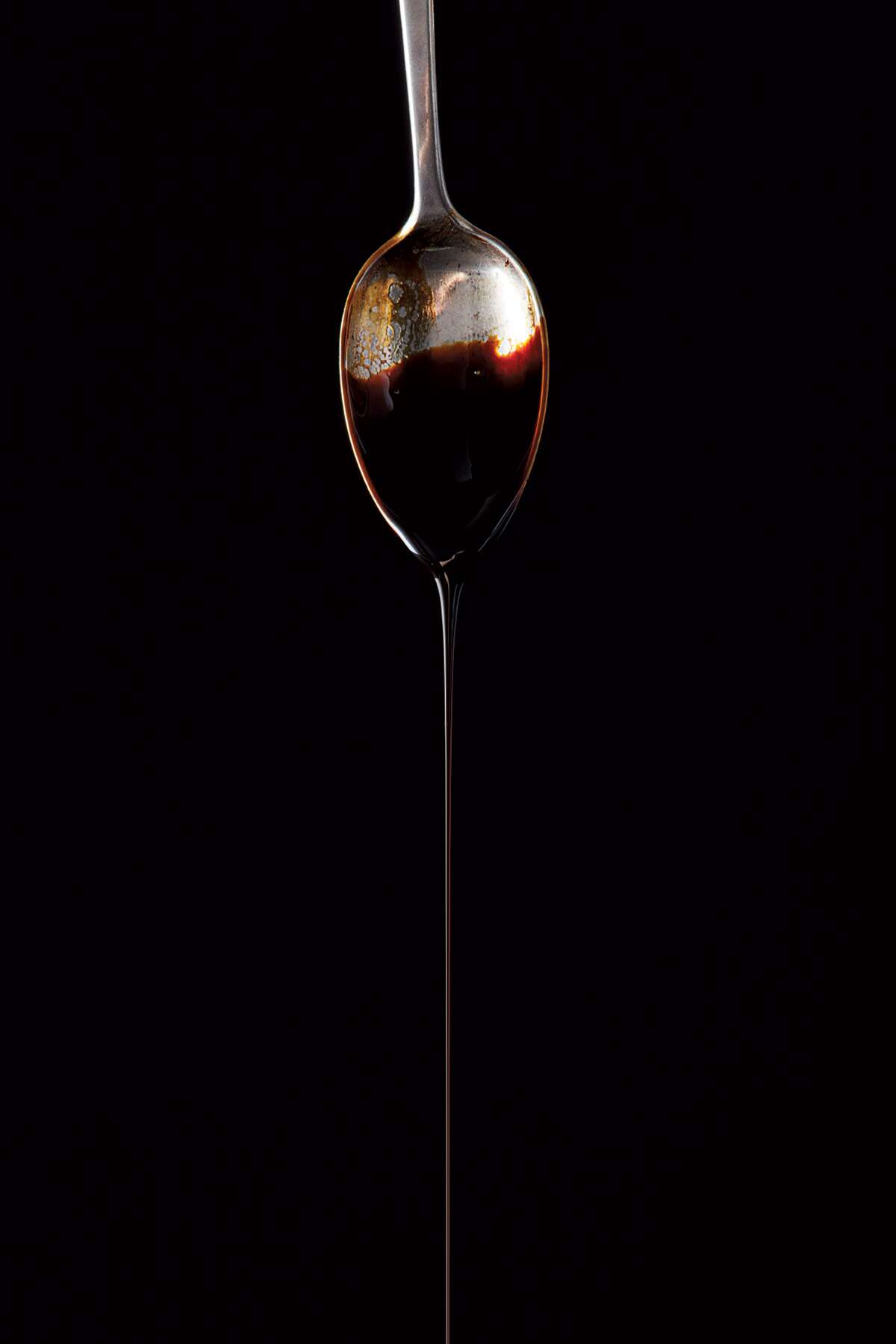 Traditions have changed quite a bit since then, but molasses, with its caramel notes and slightly bitter undertone, still claims a place in our cooking. It anchors the spices in barbecue sauces, brings its complexity to frostings and cakes, and is also delicious drizzled over cornbread. Despite the rise of other sweeteners, when we encounter a molasses cookie, it's like meeting an old friend.

How it's made: Cane syrup, light molasses

Cane syrup is the boiled syrup of crushed sugar cane. Light molasses is the liquid that remains after the first white sugar is extracted from cane juice. The flavor is lighter and has more fruity notes to it, in the same way the first pressing of olives makes a lighter, fruitier olive oil. Light (sometimes called "fancy") molasses is ideal for baked goods and candies. And in... 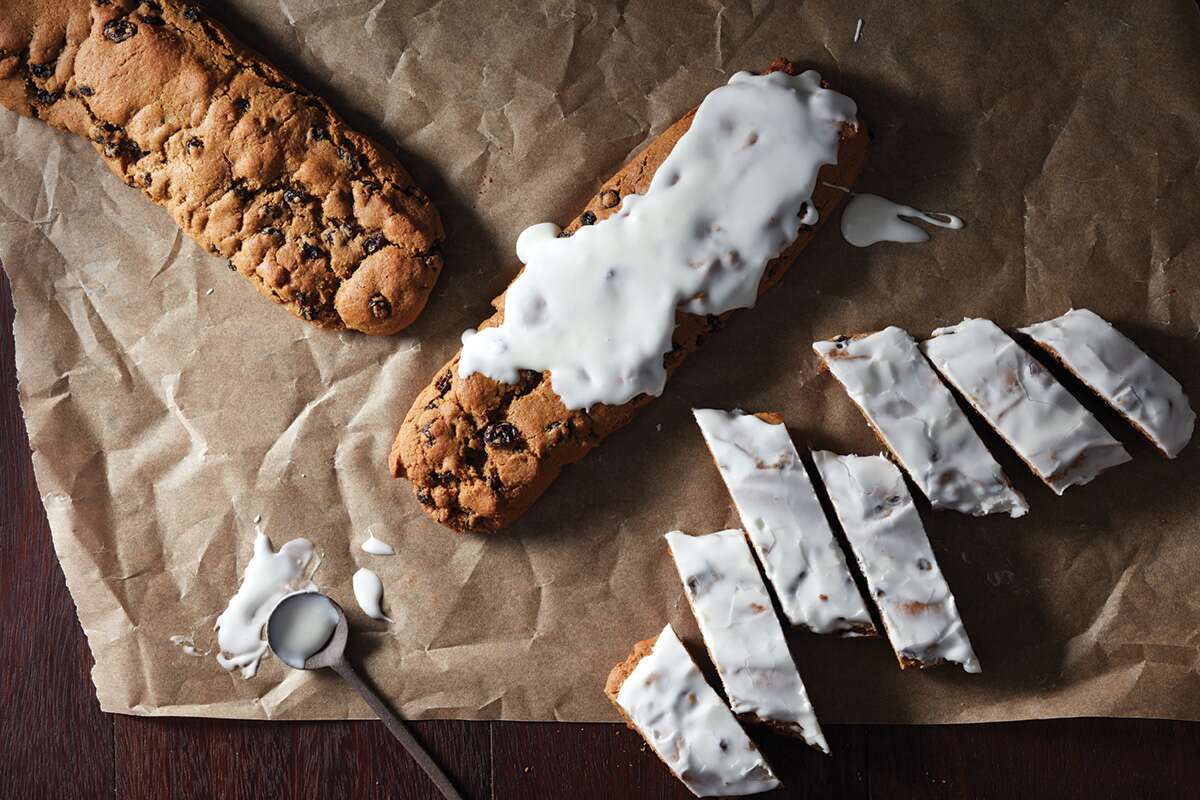 This frosted, spicy, fruit-studded cookie from childhood — substantial in size and deeply comforting — is worthy of a place in your lunch box and your baking routine. 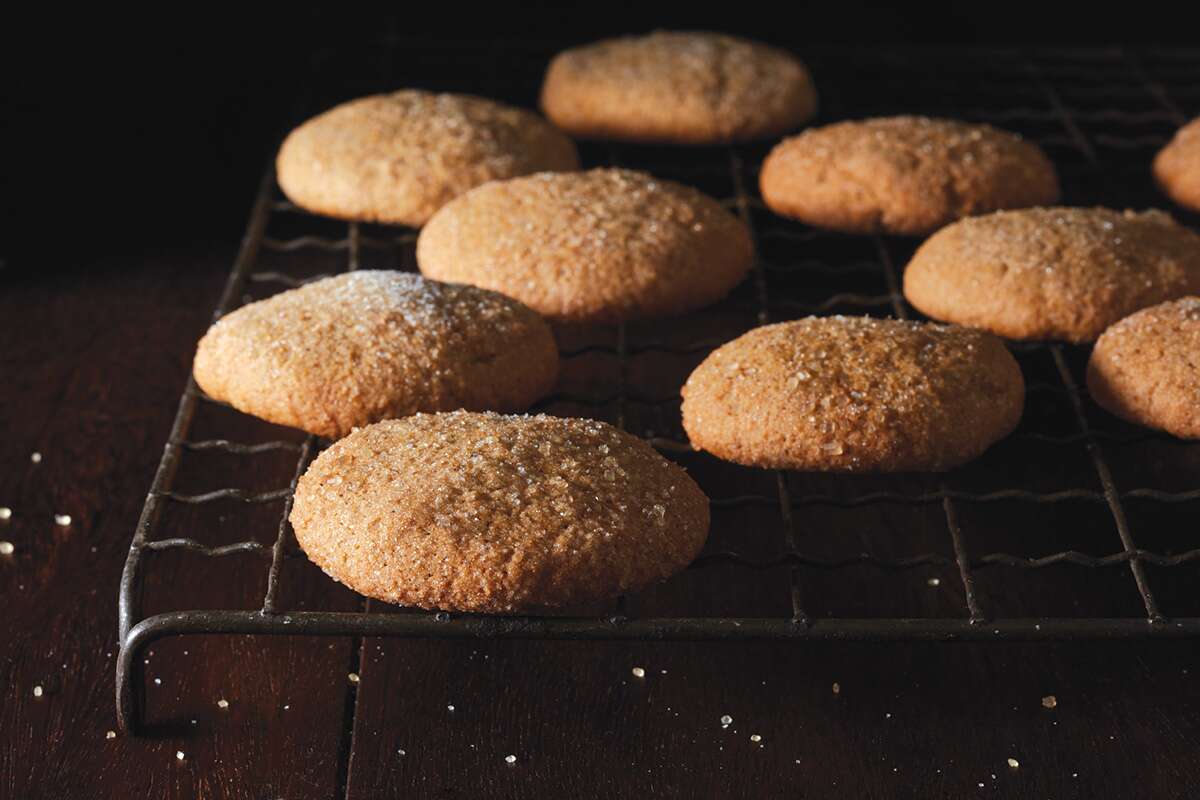 These moist, "bendy" molasses cookies are studded with chopped golden raisins. A crunchy coating of coarse sugar is a nice complement to their soft interior. While we usually think of molasses cookies as winter/holiday fare, these are delicious with a glass of cold lemonade — perfect for summer.

How it's made: Dark and blackstrap molasses

Dark molasses is made from the second boiling of cane syrup, after the white sugar is removed. This thicker, darker version is often referred to as "full" or "robust" molasses. It gives gingerbread its distinctive flavor and can be used interchangeably with light molasses in baking, for those who prefer a stronger flavor.

Blackstrap molasses is the result of a third boil. It's darker, more viscous, stronger-tasting, and less sweet than dark molasses. Because of this, its bitter flavor is best suited for savory preparations, such as baked beans or barbecue sauce, rather than for sweets. It tastes great in... 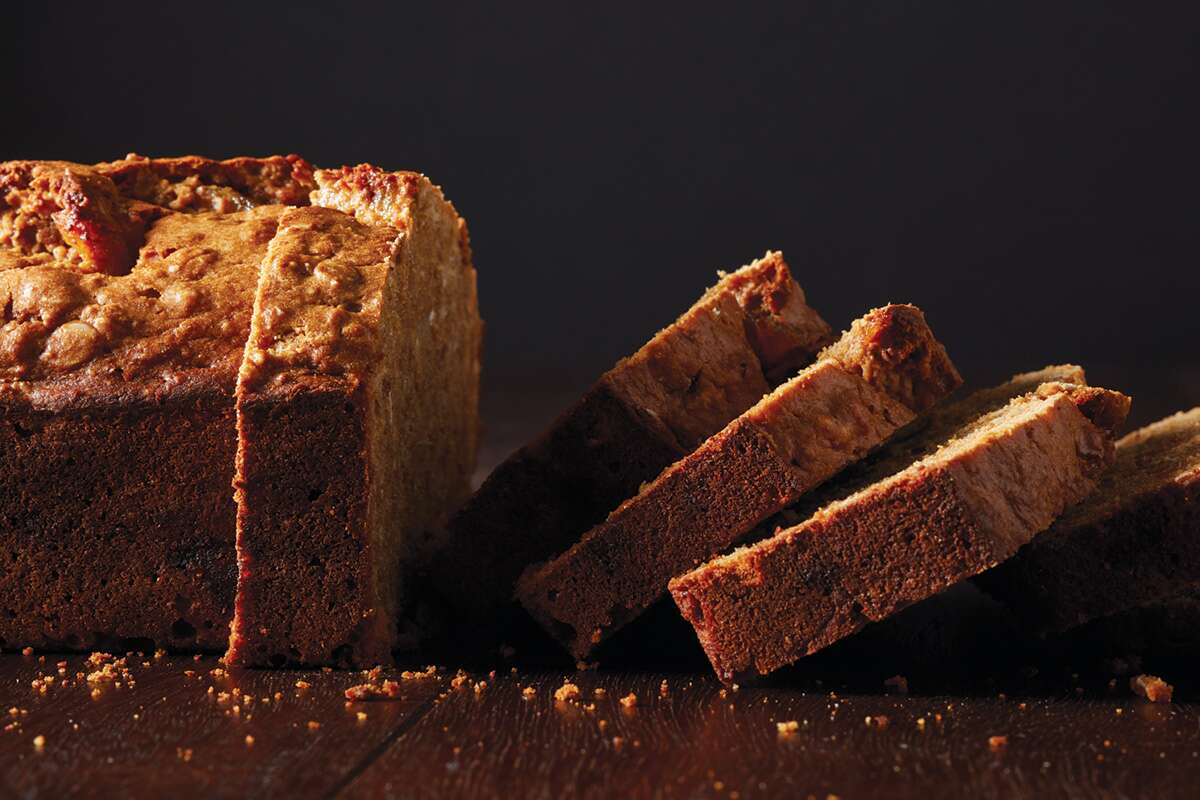 Another unexpected use of molasses is in this quick bread. This moist, tweedy loaf is descended from traditional Scottish oatmeal gingerbread. It's equally delicious with a scoop of ice cream or simply paired with jam and some yogurt for breakfast. 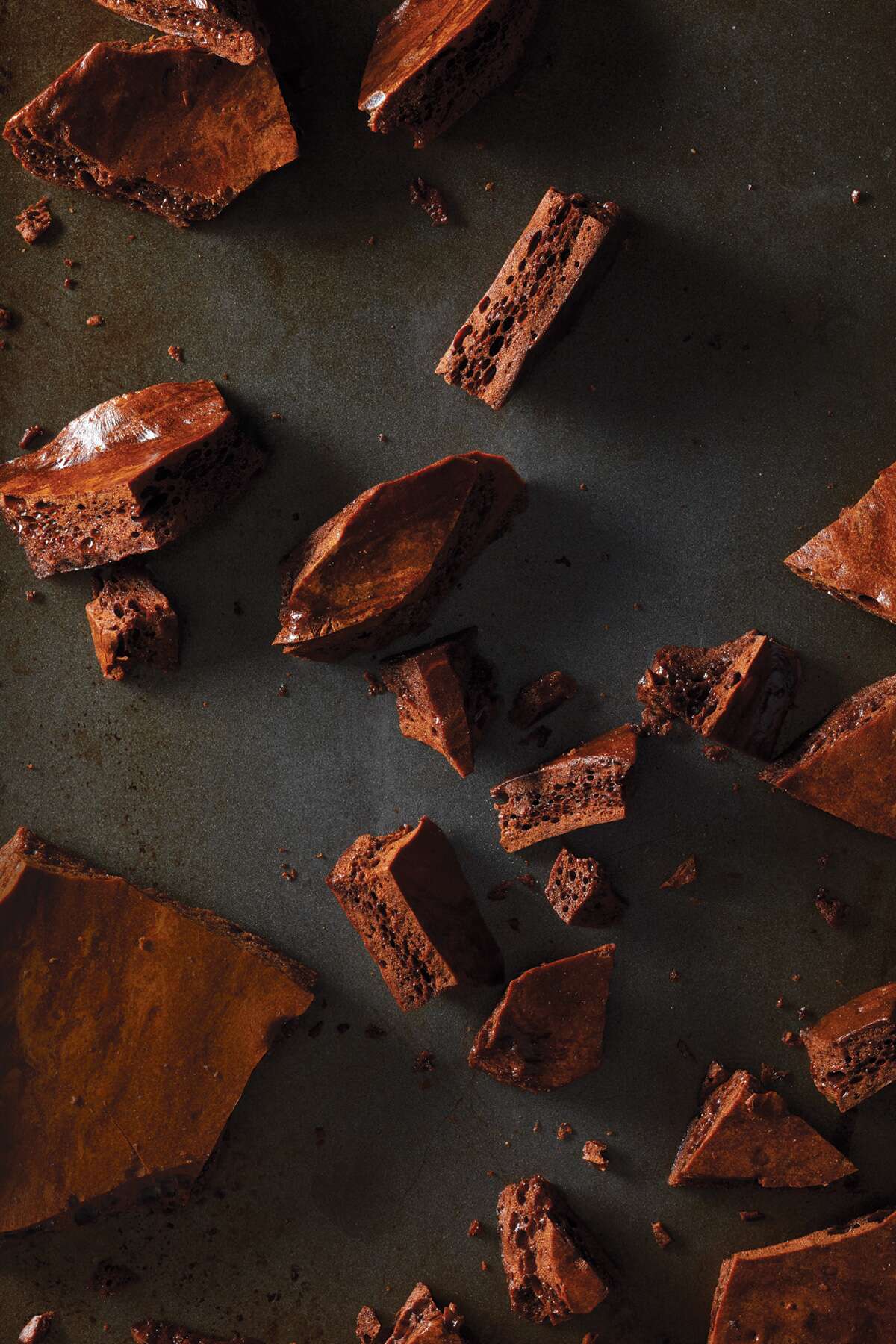 Crisp and light, this candy is also known by other names, including honeycomb, angel candy, sponge toffee, and cinder toffee. Seafoam is best made on a dry day. It can be broken into pieces once set, and dipped in chocolate for even more fun.

How it's made: Cooking molasses

This is a blend of light and blackstrap molasses. It imparts a stronger molasses flavor without the harsh edge of straight blackstrap. Because of this balance, it's a good middle-ground choice for any recipe, savory or sweet, such as in... 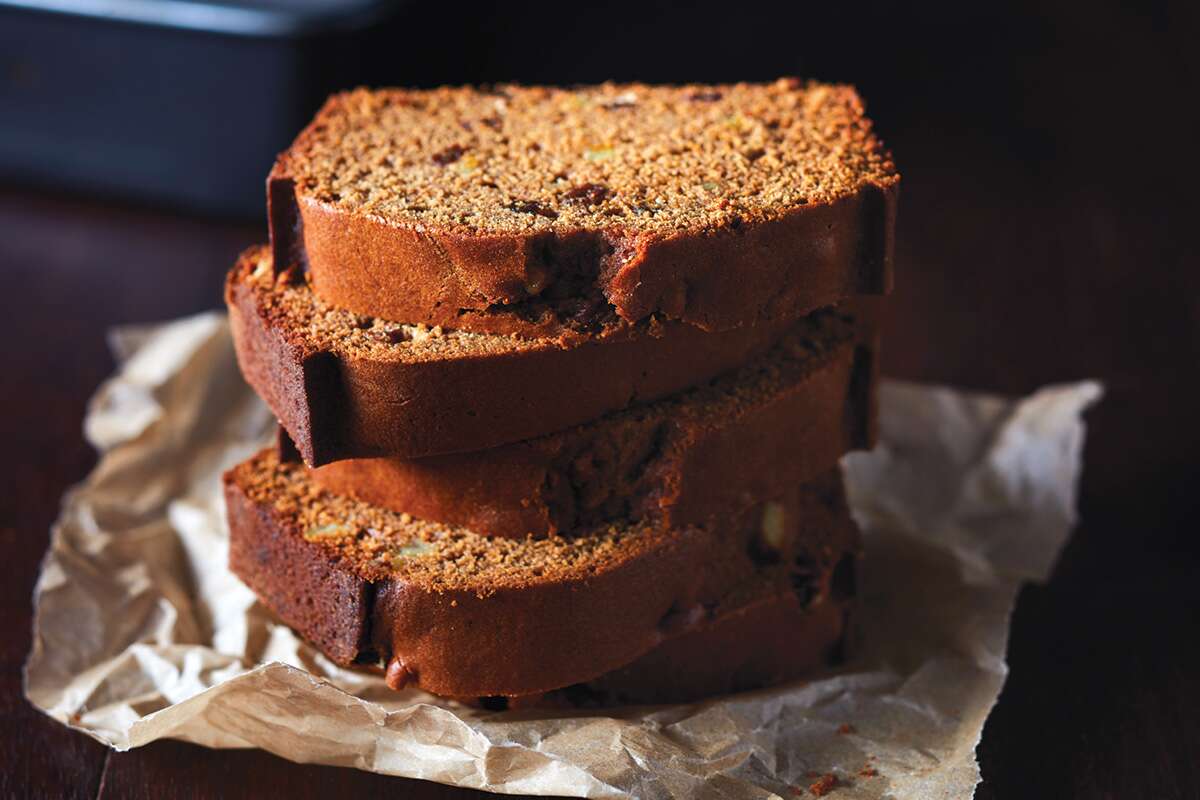 Finally, we capture molasses' magic for dessert. Top this moist cake with a dollop of good peach preserves and some whipped cream, or spread it with cream cheese for a quick breakfast.

Molasses is a compelling flavor that really stands out in baking. It's particularly suited to cold weather treats. Bring the richness of molasses into your kitchen, and rediscover the darker side of sweet. 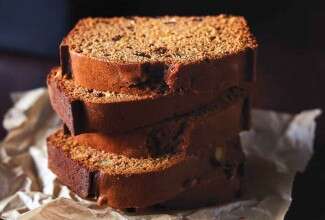 I've seen a number of recipes that call for adding molasses to boiling water with soda. This makes no sense to me. Your recipes don't call for that. Is there any science to this?

Hi Roger,
It will really depend on the recipe, and in some part, by how old the recipe is. It wouldn't be surprising to see that recommended in older recipes which used stronger molasses.

Hi there, Leslie! Our team is always working hard to ensure our recipes are as reliable and enjoyable as possible, so we’ve removed some that we've identified as not meeting our exceptional standards (for instance, those with lower reviews), this includes the Molsasses Seafoam Candy recipe. We've just emailed you a PDF version of the recipe though. Many of the removed recipes are going through our rigorous retesting process, so some may eventually return in updated form, though we anticipate this may take some time.

I bake 700g loaves of bread and calculate ingredients by percentage of flour. I use corn syrup in white bread, and black strap molasses in rye and pumpernickel breads. When adding extra ingredients for the rye and pumpernickel, the flour,
yeast and sugar are wildly different. The total yeast varies from 6-9g, total sugar from 14-21g, and flour from 280-427g.

When calculating percentages for my recipes:
1) do I still use the same percentage of yeast and sugar based on flour or do I consider the added ingredients?
2) is the amount of corn syrup and black strap molasses interchangeable?

Good question, James! Percentages are always based on flour. Added ingredients like sugar or corn syrup are each calculated against the total flour amount. Regarding the amount of corn syrup or molasses, that depends on your preferred flavor profile. You'll want to play with each of them until you come up with a formula that makes you happy with the flavor. Happy baking!

This is my first time to use Crosby's molasses in my baked beans....oh my dear..gross. so strong of bitterness. I couldn't imagine what that terrible taste was. I thought I might need a bit more molasses to sweeten the pot of beans. I added more molasses, horrible. I decided to taste the molasses out of the box....there it was, it was the molasses. Now how can I compensate? I need more sweetness and less bitterness. .. they taste horrible and I have company coming for Supper.
Olga, we hope you were able to feed your guests last night! If you ever have pressing questions or need an answer right away, we strongly urge you to reach out to our free Baker's Hotline either by phone at 855-371-BAKE (2253) or on online chat. We know it's after the fact now, but a good way to counter bitterness is salt. Some even add a few granules of salt to their coffee to make it taste less bitter. Acid can also help so a bit of vinegar could improve matters. It may have also simply been too much bitterness to be able to mask. Sometimes starting over or going with a plan B is the best solution, and it's totally OK! Annabelle@KAF
Is there a ratio to use when substituting blackstrap for light molasses? I keep blackstrap in the pantry not light. The taste and viscosity obviously affects the outcome. Can I just use a lesser amount or do I need to add something to lighten the blackstrap if the recipe calls for light?
Hi Chris! There isn't a hard and fast rule or ratio when using blackstrap in place of regular molasses, so it could take some trial and error. You may find you need to add extra regular sugar to your recipe to counteract the bitterness, but try adding a little bit at a time as a big change in the sugar can greatly alter the texture of your bake. If you're down for a little experimentation, give a few recipes a go! Annabelle@KAF