It’s been 10 years, but Joy Wilson, a.k.a. Joy the Baker, still remembers the moment she first added brown butter to her chocolate chip cookie recipe. The move was, as many of the things she bakes are, inspired by her dad.

“My dad’s a baker, and he’s one of the reasons I’m a baker, and he’s had different iterations of chocolate chip cookies my whole life,” she says. “An iteration he really liked was a weird one: He would add two tablespoons of Orville Redenbacher’s butter, which isn’t actually butter, to his cookie dough.”

That “butter” is actually an oil that gives popcorn the singular and elusive richness of movie theater popcorn — the same flavor it imparted to the cookies. “It was delicious,” Joy says. “But I was like, ‘Dad, what you're trying to get, I think you can get from butter itself.’”

To prove it, Joy created a cookie that features butter in not just one form, but two. In her Brown Butter Chocolate Chip Cookies with Pecans, one stick of butter is softened, ready to be creamed with sugar, while the other is cooked until it’s melted, liquefied, and browned.

The brown butter did what Joy (and her dad) hoped: It brought a bold, toasty, and almost savory butteriness to the cookie’s forefront. A strong hand with the salt highlighted those flavors even more.

Browning half the butter is better than browning all

A baker can be forgiven for thinking that Joy could have gone the extra mile and browned both sticks of butter in the recipe — but if she had, the result may not have been nearly as good. Recipe developer Holly Haines, who also browns half the butter in her chocolate chip cookies, learned that the hard way.

“I’ve browned all the butter before and ended up with a gritty dough, and that’s no fun,” she says. (Even worse, a cookie made entirely with brown butter can come out greasy and crumbly.)  “Browning all the butter removes the water content, but the dough still needs some of that water to come together. Browning only some of the butter is enough to achieve that signature nuttiness, while the remaining unbrowned butter provides enough water content for the dough to come together.”

The fact that only half of the butter is browned in these recipes is also what makes it a technique you can apply to any chocolate chip cookie (or, for that matter, any cookie at all). Because butter is primarily made up of fat, “when you brown half the butter, you’re not taking that much water out,” says Frank Tegethoff, one of the specialists in King Arthur’s research and development kitchen. That relatively small amount of lost water means that the impact on a cookie recipe is likely to be minimal: “Spread’s not going to change, loft isn’t going to change.” The only thing that might change — and here Frank emphasizes the word might — is that the cookies may have slightly crispier edges, something many folks will see as a feature, not a flaw.

How to add brown butter to any cookie recipe

Alternatively, you can just make Joy’s recipe, adapting it to suit your tastes. Add mix-ins, take mix-ins out, make the cookies huge, or make them really small. “I make these without the nuts all the time,” Joy says. The nuttiness that comes with brown butter, on the other hand, is non-negotiable. 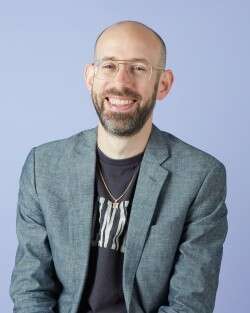 David Tamarkin is an award-winning writer, editor, and site director. He’s currently the Editorial Director of King Arthur Baking Company, but he’s been in this game for a while now, and has published work in The New York Times, Bon Appétit, Gourmet, Healthyish, Details, Cooking Light, Condé Nast Tr...
View all by David Tamarkin

Hi Amy, thanks for sharing  your own baking secret!

I Wass about to comment on the same thing, but I hadn't thought of replacing that water with some other flavored thing. Brilliant!

I was adapting a shortbread recipe for use with brown butter and just added the water that had evaporated while browning back into the melted butter. It was easy to know how much water to add since I knew the starting weight of the butter. After letting it cool, I made the recipe as directed -- worked great!

Hi Kim, thanks for sharing your experience baking with brown butter, Kim!