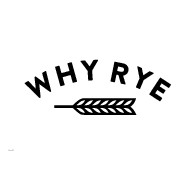 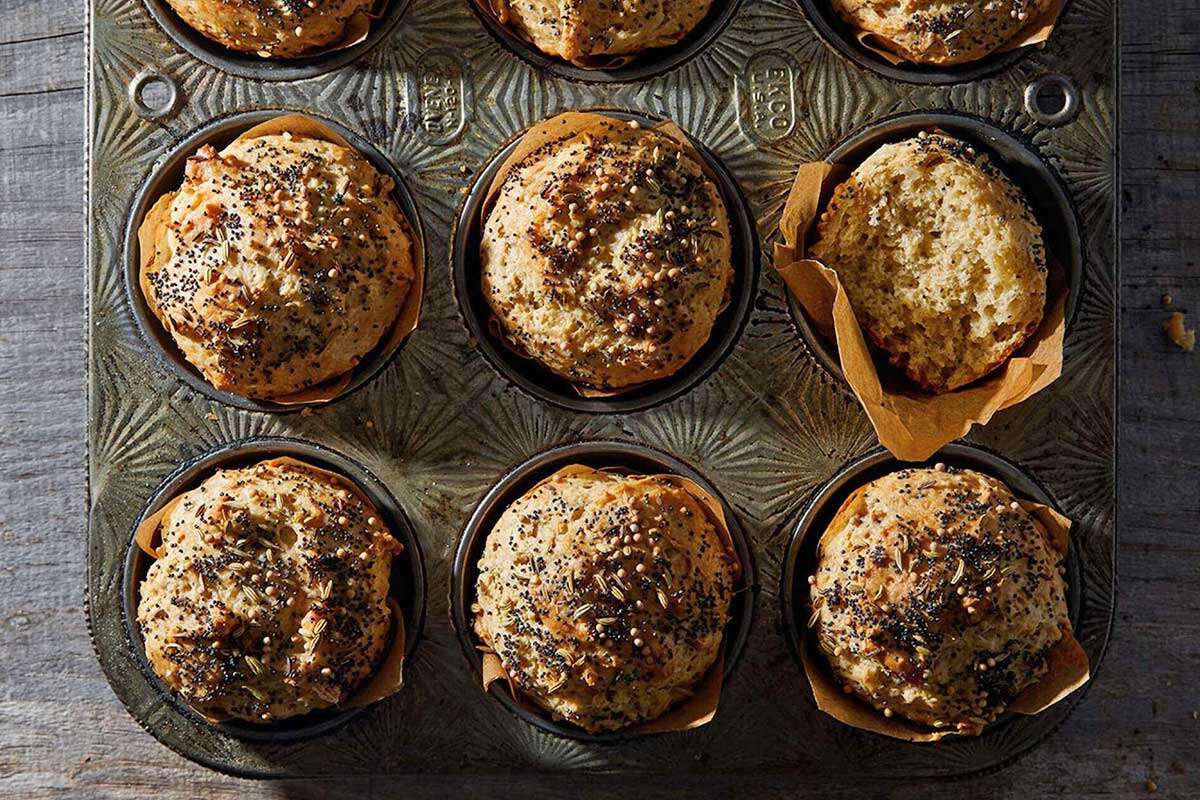 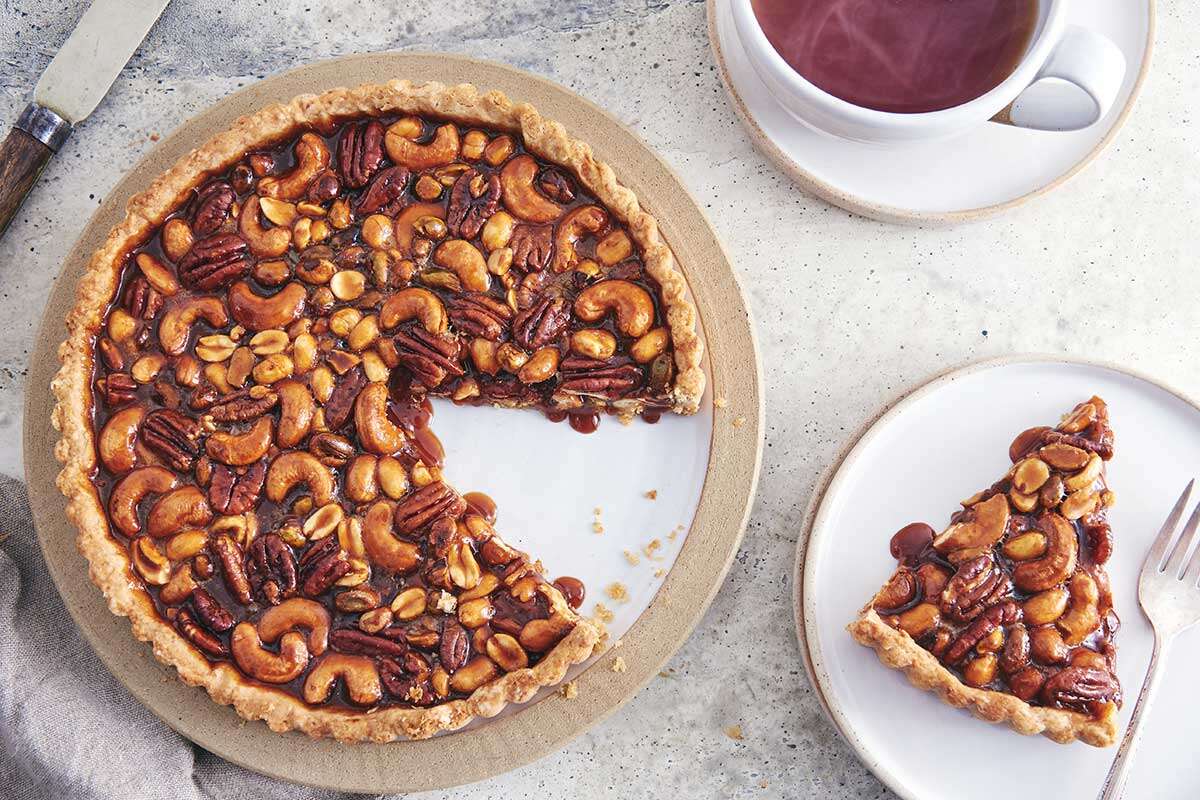 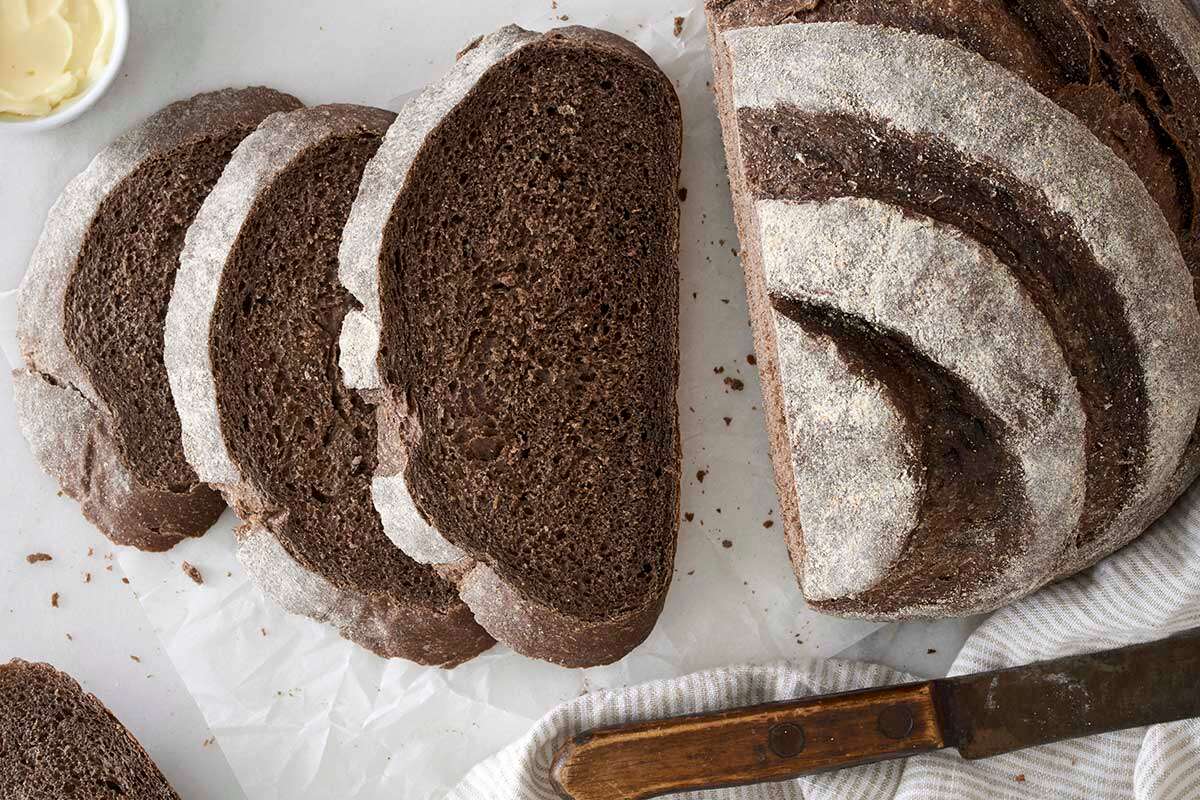 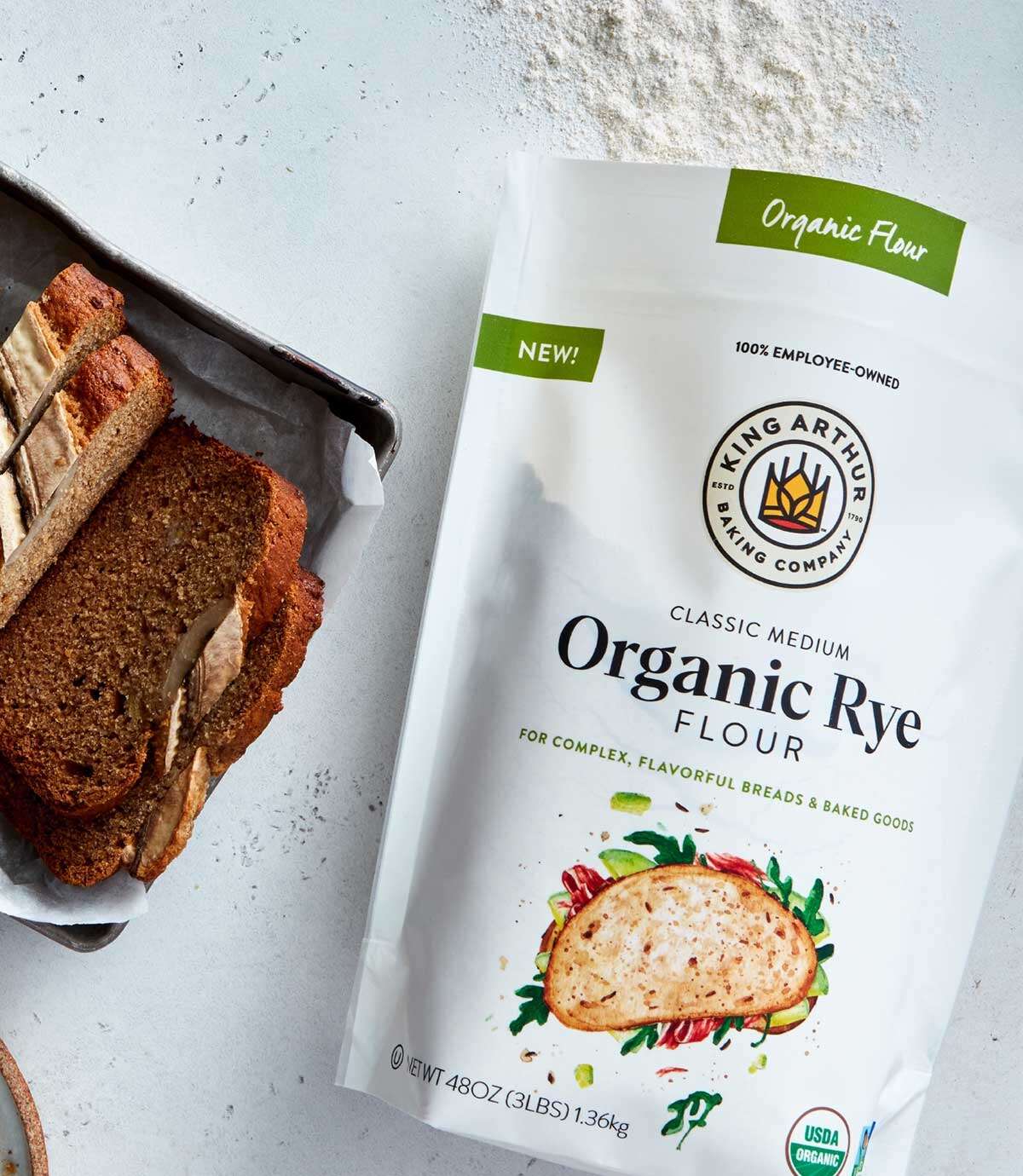 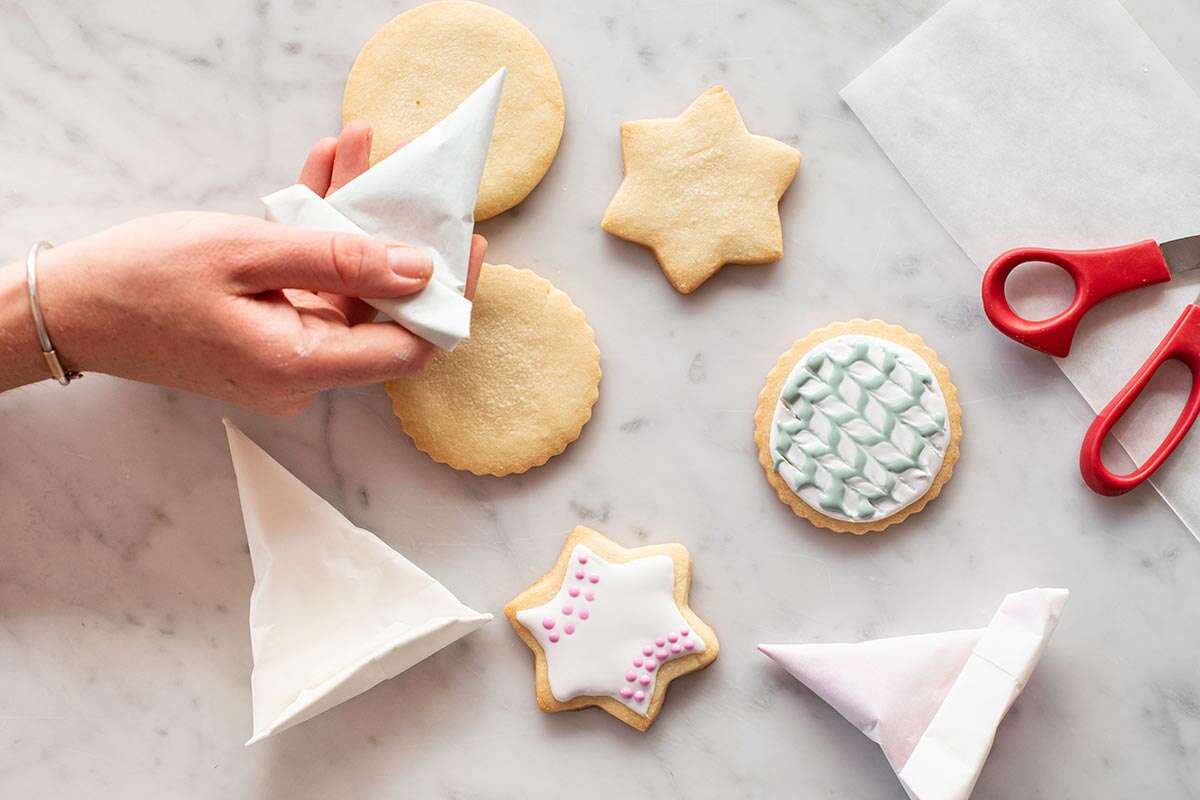 How to make a cornet and never go without decorated cookies

All you need is a piece of parchment paper. 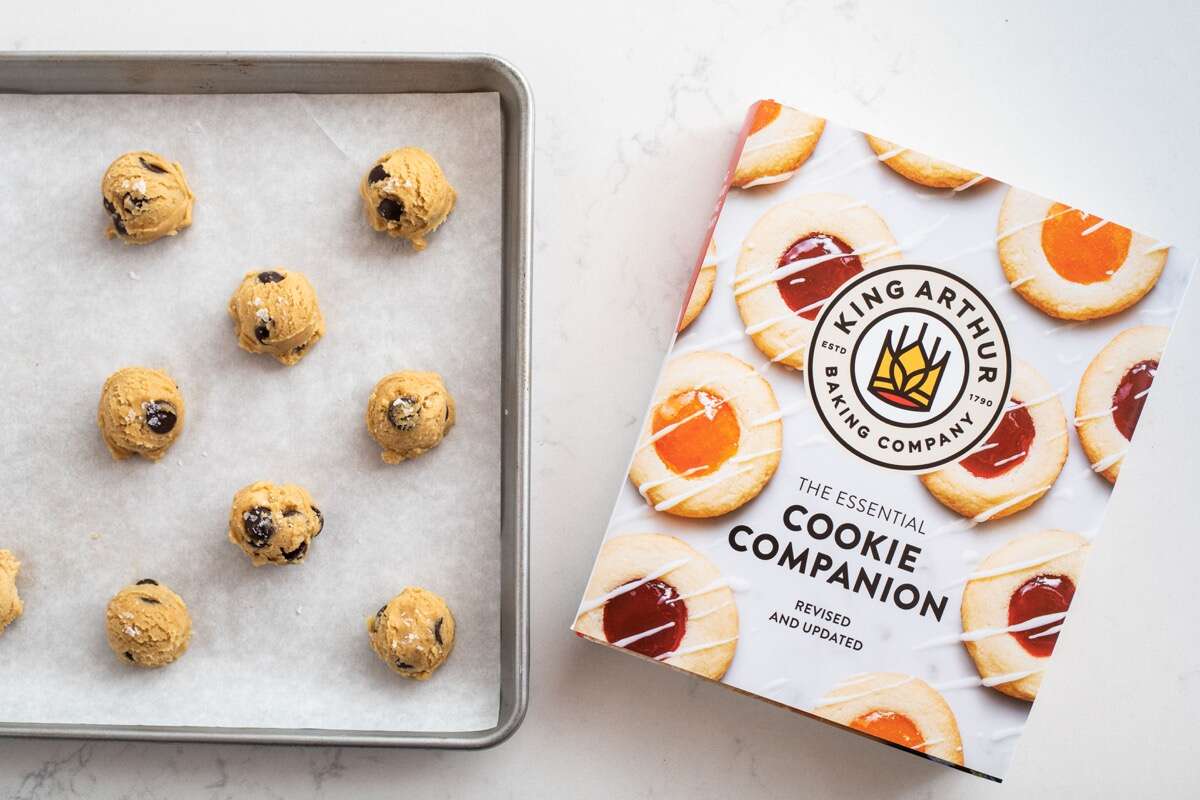 Hi Amy, when creating a sourdough starter I would choose either a whole rye flour like our Organic Pumpernickel flour, or a medium rye like our Organic Rye. Either of these would be acceptable choices, but a wholegrain flour is generally preferable, particularly at the beginning of the process.

I have both Deli Rye Flavor and Rye Bread Improver. Can these be used interchangeably?

Hi Michelle, these two products are different, so I wouldn't recommend using them interchangeably. The Deli Rye Flavor is entirely a flavor booster and provides a powerful punch of rye flavor (you would typically add no more than 1 to 3 teaspoons to a rye bread recipe), while the Rye Bread Improver contains some flavor elements, but also contains ingredients like vital wheat gluten and potato flour, which affect texture and rise. The flavor components aren't quite as strong in the Rye Bread Improver, so we recommend adding a tablespoon per each cup of flour called for in your recipe. Of the two, the improver checks both boxes, but the deli rye flavor offers stronger flavor.

Hi Tim,
Thanks for sharing that great resource! Knowledge is (baking) power!

My daughter ordered several kinds of whole grain and rye from from King Arthur, partly because I have always looked forward to using KA. I was very distressed when I made some of my standards recipes, and their flavor and texture were not as substantial as usual. When I looked closer at the KA bags, I saw that the grains were already diluted with wheat flours. Do you also sell 100% rye flours?

We're happy to help clarify this for you Jody. Our rye flour blend combines white and medium rye flours, pumpernickel, and unbleached all-purpose flour. Our other rye flour varieties: White Rye, Organic Medium Rye, and Organic Pumpernickel, are made from 100% rye and have no added all purpose flour. Thanks for reaching out!

What about using rye berries straight from an organic field of rye? My son raises rye. Can I just make flour right from the berries from his field.

If you've got a grain mill at home, you can indeed make whole grain rye flour (also known as pumpernickel flour) from rye berries! You can learn more about baking with home milled flour here: Mill your own flour.