Adding more plant-based foods to your diet started as a fad, turned into a trend, and is now quietly edging into the mainstream. You can jump into this eating style with both feet (banana peel “pulled pork”), or one tippy-toe at a time (lightening your iced coffee with a splash of oat milk creamer).

Baking with only plant-based ingredients, however, can be a bit of a challenge. A tender, high-rising, fine-grained yellow cake with rich swirls of buttercream icing is hard to make without butter and eggs. And cheesecake without cream cheese? Nearly oxymoronic.

Still, baking without eggs and dairy — vegan baking — isn’t impossible; and thanks to improvements in substitute ingredients, plus discoveries of natural substitutes (aquafaba, anyone?), vegan baking is getting easier (and better) all the time.

My fellow blogger Kye has written a number of detailed articles about baking without dairy products. (If you’re taking the first step toward vegan baking by eliminating dairy, please read Kye’s post, How to bake dairy-free.) As Kye notes, an easy move toward plant-based baking is to substitute vegan butter for dairy butter. Still, you might be a bit worried. Will vegan butter act and taste the same as regular butter? Will it make tender cake and flaky pie crust? Do you have to make any recipe adjustments when you use it? Let’s find out.

I decide to put two well-known vegan butters to the test in a number of butter-heavy baked goods, using regular dairy butter as the control. If the vegan butters produce good results — appearance, texture, and flavor — then we’ll know that they can successfully step in for dairy butter.

Earth Balance® Vegan Buttery Sticks have been the gold standard for vegan baking for many years. Based on a blend of vegetable oils (palm, canola, soybean, flax, and olive), Earth Balance sticks are available in many retail outlets and are offered at an entry-level price for vegan butters: $5.59/pound at my local supermarket.

Miyoko’s European-Style Cultured Vegan Butter has recently been appearing in more mainstream supermarkets, though it can still be challenging to find. With just two vegetable oils — coconut and sunflower — this all-organic vegan butter relies on cultured cashew milk for its flavor, which the manufacturer says is reminiscent of tangy European-style butter. What first distinguishes Miyoko’s from the competition, though, is its price ($6.99/8 ounces at my local Target): more than double that of Earth Balance. In addition, Miyoko's wouldn't be a good choice for anyone dealing with nut allergies.

Using Land O Lakes salted butter as the control, I decide to test both of these vegan butters against the real thing in several butter-heavy recipes: pie crust, biscuits, cookies, cake, and buttercream frosting. My fellow blogger, Rossi, offers to test the three in puff pastry, as well.

And the result? Structurally, the two vegan butters perform very well in all applications, similarly to one another and to butter. The differences among the three mainly show up in flavor and appearance.

Tender, flaky pie crust, ready to shatter into buttery shards at the first sign of fork on plate. Can vegan butter produce this same signature consistency? And what about its flavor?

Preparation: Miyoko’s makes very soft pastry, while Earth Balance’s consistency falls somewhere in between that of Miyoko’s and butter. In the end, though, all three butters create pastry that’s easy to roll and sturdy enough to handle without mishap.

Appearance: Dairy butter pie crust is golden brown all the way through; the two vegan butters are brown on the outside, paler within.

Texture: Flaky and tender across the board.

Flavor: Butter yields crust with classic buttery taste. Miyoko’s flavor isn’t buttery, but rather rich and nuanced (thanks to it’s being cultured). The Earth Balance crust has a mild but still somewhat off-putting burnt oil flavor.

My biscuit recipe of choice uses lots of butter and yields a biscuit that’s tangy, moist, and fine-grained (rather than flaky). It's also rather flat and wide compared to a typical biscuit — all of which makes it perfect for a breakfast sandwich.

Preparation: All three butters perform the same as I work each into its bowl of flour, baking powder, and salt, then stir in sourdough starter to make a soft, easy-handling dough.

Appearance: Biscuits made with dairy butter are just slightly browner overall and rise a bit higher.

Texture: All three produce biscuits that are tender and moist, with a touch of crispiness in the crust.

Flavor: While neither of the vegan biscuits tastes buttery, the Miyoko’s biscuits offer their own compelling flavor; again, the extra step of culturing gives Miyoko’s a richer and more nuanced flavor profile than that of Earth Balance.

Whether you’re making flaky pastry shells for a savory filling, or sweet pastries (think palmiers and Napoleons), the most buttery of all pastries — puff pastry, or pâte feuilletée — is a classic place to start.

Preparation: All three butters are fairly easy to work with when laminating the dough. The vegan butters, in particular Miyoko’s, are a little softer than the dairy butter, which makes the butter block a little more difficult to form. But the vegan butters’ softer texture actually makes rolling and folding the dough a bit easier.

Texture: The three pastries are very similar in texture – light and flaky, with a crispy exterior.

Flavor: The vegan butter versions aren’t as flavorful as the version made with dairy. Is the difference stark? No. But when eaten alongside the dairy version, the vegan pastries just don’t have the same rich, rounded flavor that comes from butter’s caramelized milk sugars.

The best way to compare butters in a cookie recipe? Choose a plain cookie without distracting add-ins, where butter is the only fat and brown sugar the main flavor. These cookies rely on a massive (but still controlled) spread for their snapping-crisp texture; will vegan butter fill the bill?

Preparation: This recipe uses an egg in addition to butter; to keep the cookies vegan, I replace the egg with 1/4 cup (50g) aquafaba. Compared to dairy butter, both batters made with vegan butter curdle when the aquafaba is added; but both smooth right out with the addition of flour.

Appearance: All three butters produce cookies that spread a bit more than they should, though the spread is still within acceptable range. I assume this spread is due to the aquafaba, since it has only one-tenth the protein of an egg white — and protein is what helps set cookies’ structure.

Flavor: The flavor of all three is nearly identical: caramelized sweetness. There’s a tiny hint of burnt oil flavor around the brownest edges of the Earth Balance cookies.

In order to really put vegan butters to the test, I choose a cake recipe that calls for creaming butter with sugar, adding eggs, then mixing in flour and milk to create a thick, light, airy batter. This is probably one of the most challenging types of cake to make vegan, since three of its key ingredients are non-vegan.

Preparation: I substitute vegan butters for the butter, aquafaba for the eggs, and oat milk for the dairy milk. Surprisingly, all three batters look as they should — light and fluffy — though the Miyoko’s batter is slightly but noticeably thinner.

Appearance: The cake made with dairy butter is browner, both top and edges, than either of those made with vegan butter. The Miyoko’s cake is particularly pale, probably the result of Miyoko’s paler appearance to begin with: compared to the yellowish color of both butter and Earth Balance, Miyoko’s butter is cream-colored, almost white.

Texture: Although the results are acceptable, none of the three cakes rise as high as they should. Again, I attribute this to aquafaba’s relative lack of protein compared to eggs, rather than anything to do with their butters.

Flavor: The cake made with dairy butter tastes nicely buttery; the Earth Balance cake is mildly flavored. The Miyoko’s cake tastes slightly tangy, as if perhaps a touch of lemon had been added.

While classic buttercream frosting relies on egg whites for much of its structure and stability, simpler American-style buttercream omits the egg whites. Will vegan butter, which is softer than dairy butter, make frosting stable enough to hold up under warmer storage temperatures?

Preparation: All three frostings come together quickly and easily.

Appearance: The Miyoko’s frosting is a whiter white than the dairy butter or Earth Balance frostings.

Miyoko’s European-Style Cultured Vegan Butter and Earth Balance Vegan Buttery Sticks are both highly recommended substitutes for dairy butter. In recipes where they’re the only vegan substitute, both vegan butters will produce baked goods with texture similar to that of dairy butter, with flavor being the main difference. When substituting additional vegan ingredients (mainly eggs), the recipe may not turn out the same, texture-wise, as originally intended.

Neither vegan butter tastes like dairy butter. Earth Balance tastes neutral (similar to margarine), while Miyoko’s has rich, slightly tangy flavor. When deeply browned, as in pie crust or some cookies, Earth Balance baked goods can taste slightly burned. This may be due to Earth Balance’s canola and/or soy oils, both of which can produce “off” notes for some people when heated to a high enough temperature.

When used in buttercream, expect to use more sugar in Miyoko’s than in Earth Balance or dairy butter in order to produce nicely spreadable frosting.

If price is an important consideration for you, Miyoko's is at least twice as expensive as Earth Balance. 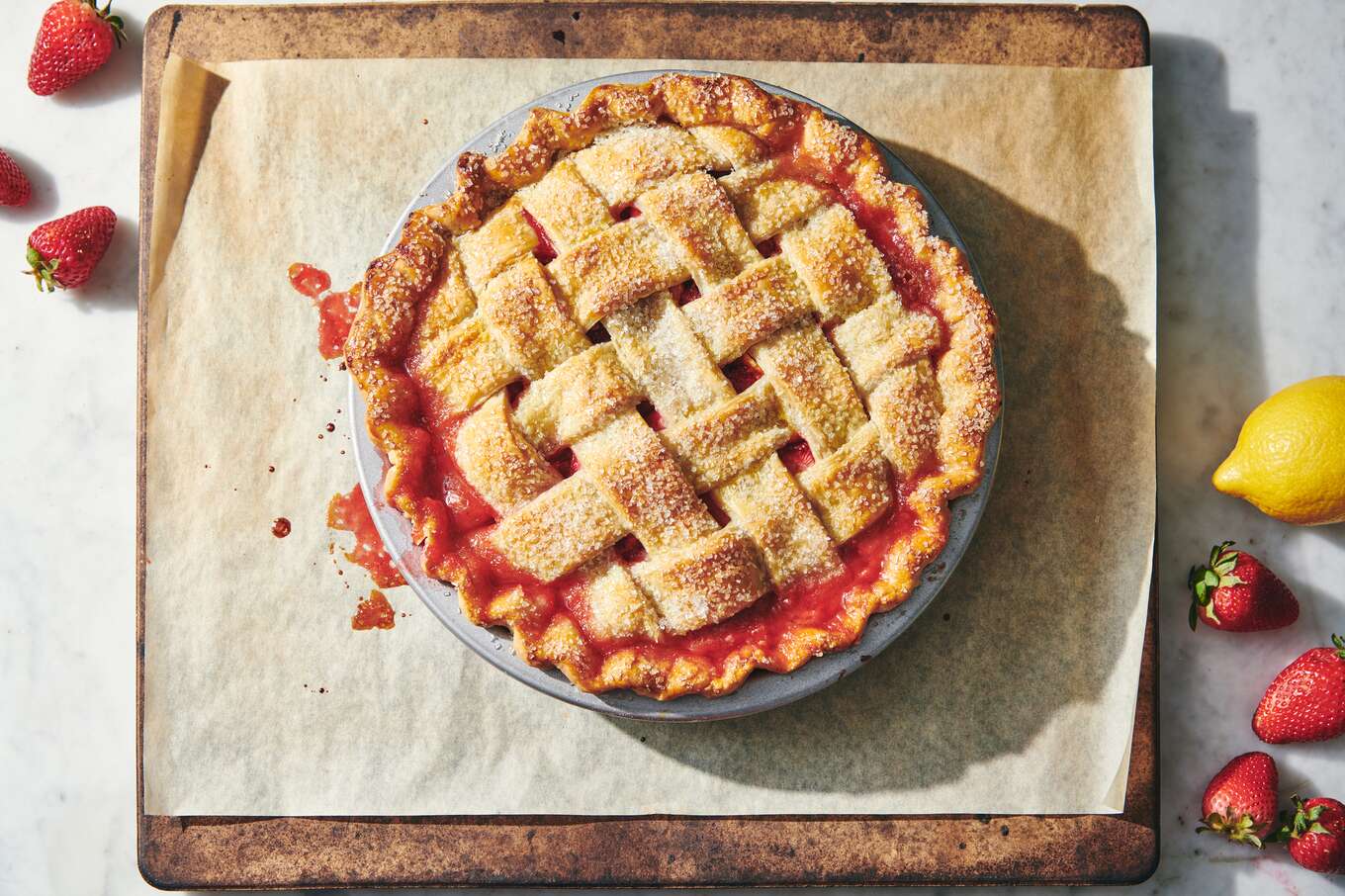 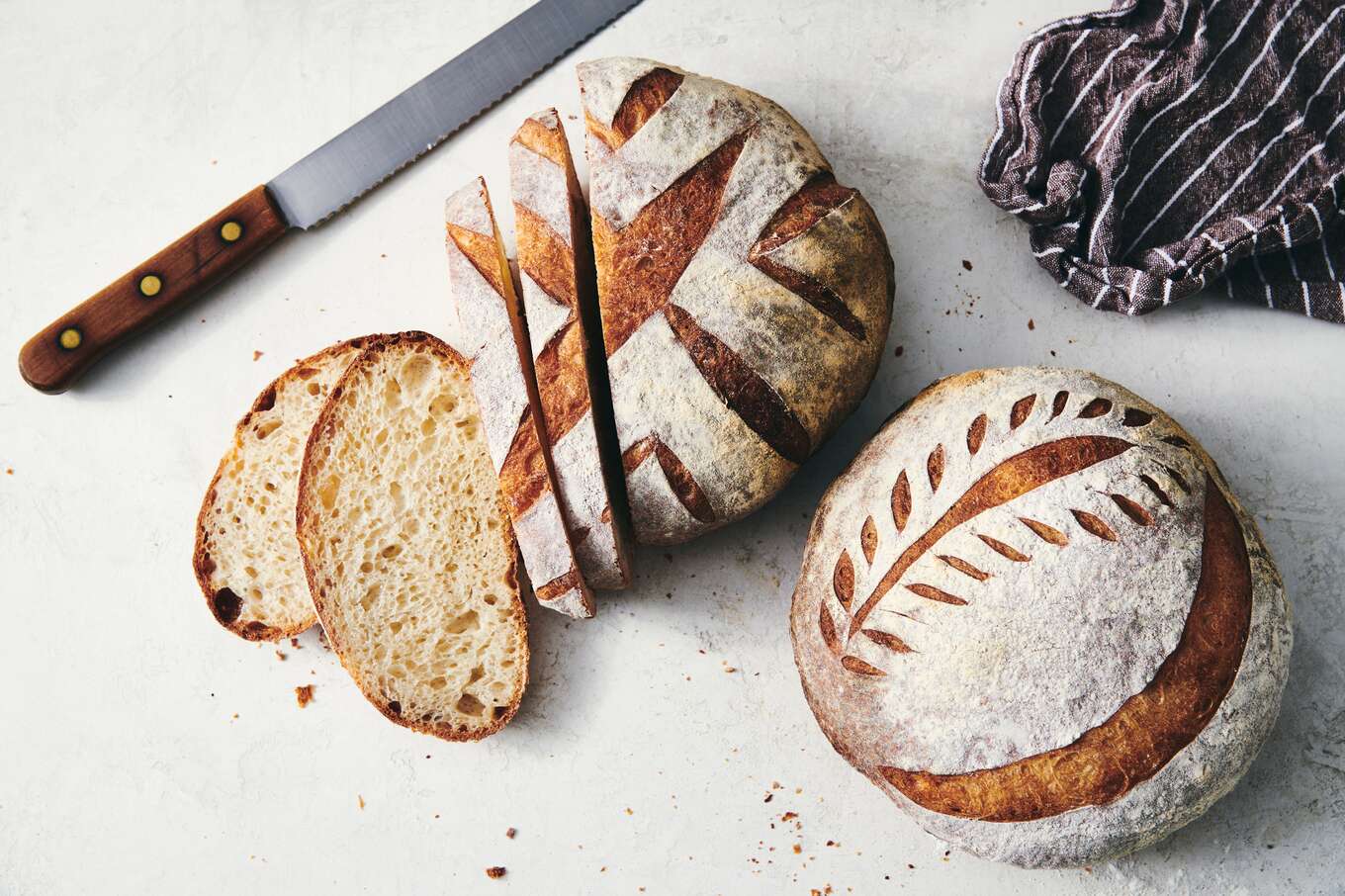 Thank you so much for this article! As a KAB fan and mostly-vegan I have been adapting for years and always value your expert advice. Can’t wait for the plant-based baking class to be offered… (hint hint!)

Hi Sadie, thanks for the hint! I've passed along your suggestion to our Baking School team.

Hi Kate, these vegan butter alternatives can be substitute 1:1 for butter, either by volume or weight.

Great article! It would be interesting to do the experiments with an egg replacer powder instead of aqua faba. I’ve used the one from Bob’s Red Mill and had very good results.

Thanks for the suggestion, Holly!

Thank you SO much for this article! Your work and attention is greatly appreciated.
I'm a Miyoko's fan. Real butter is great, too. Very similar saturated fat content.

If you do another version of this article, I would love if you compared the Country Crock plant based butter sticks. My family is dairy free. Baking has been the biggest challenge other than pizza.

Thanks for the suggestion, Erin!

The Country Crock sticks have been fantastic for us so far. I find the taste way better than the Earth Balance. I've made cake, icing, biscuits, scones, donuts, etc with great results.

These floral, flavorful "goddess cookies” are a vegan delight