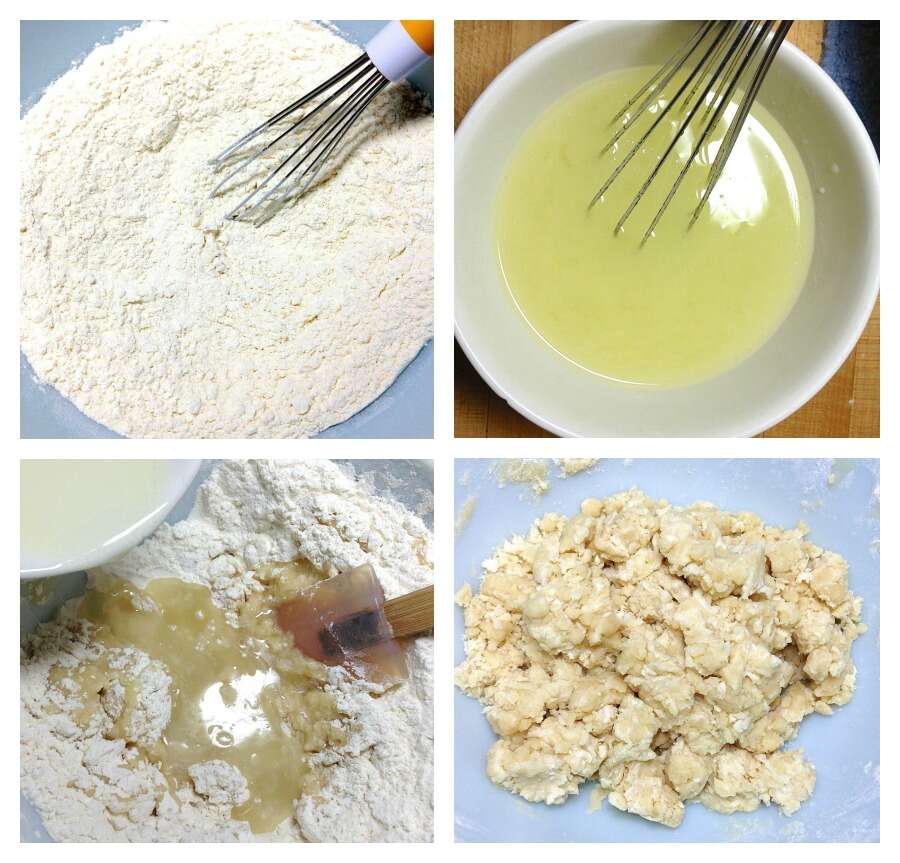 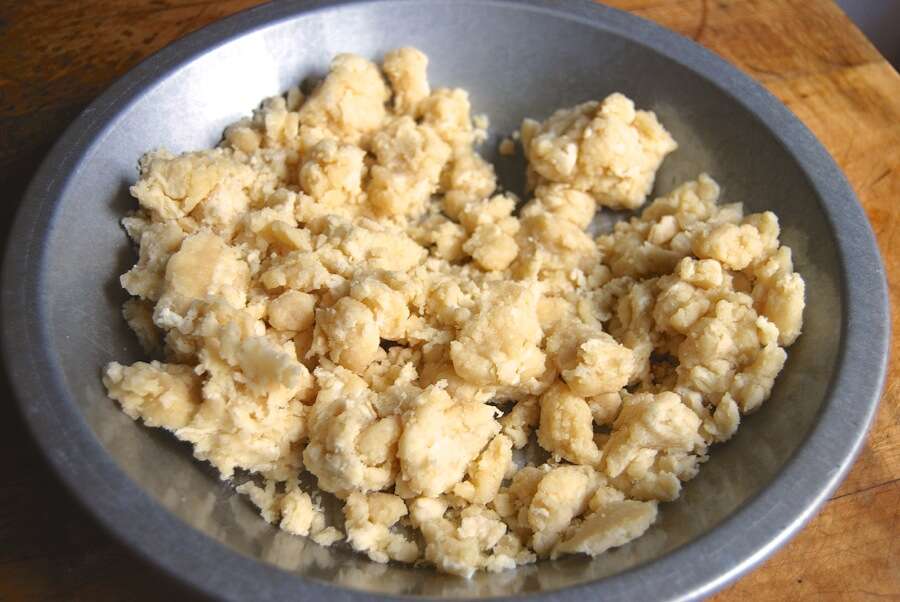 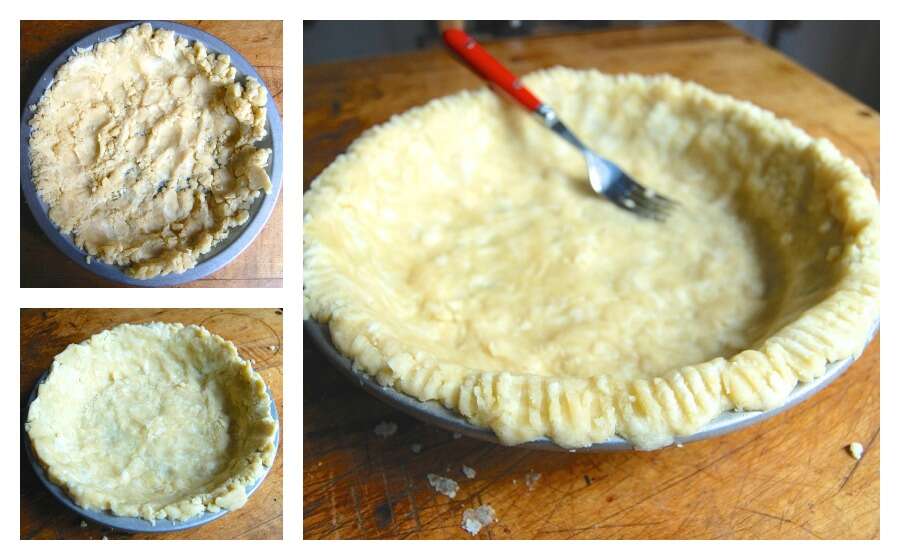 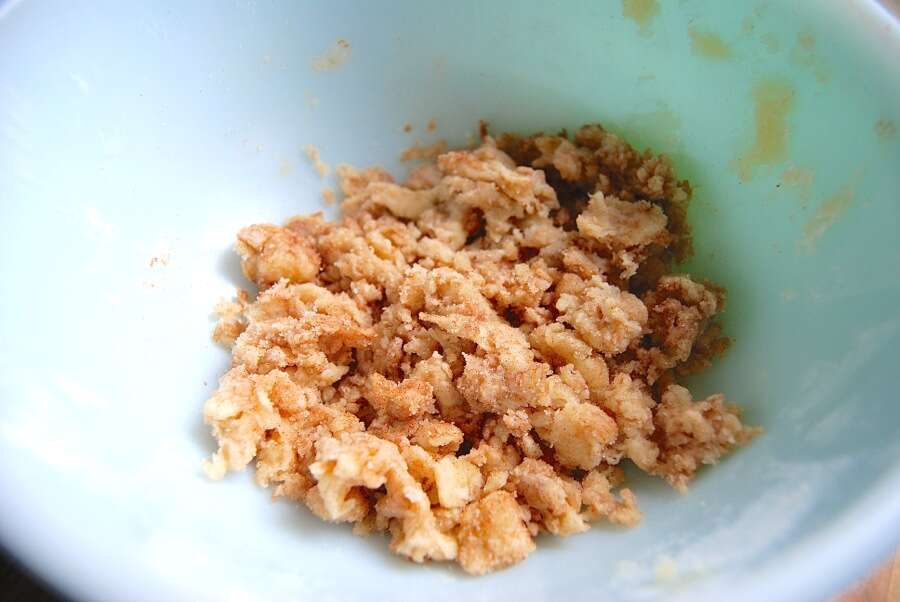 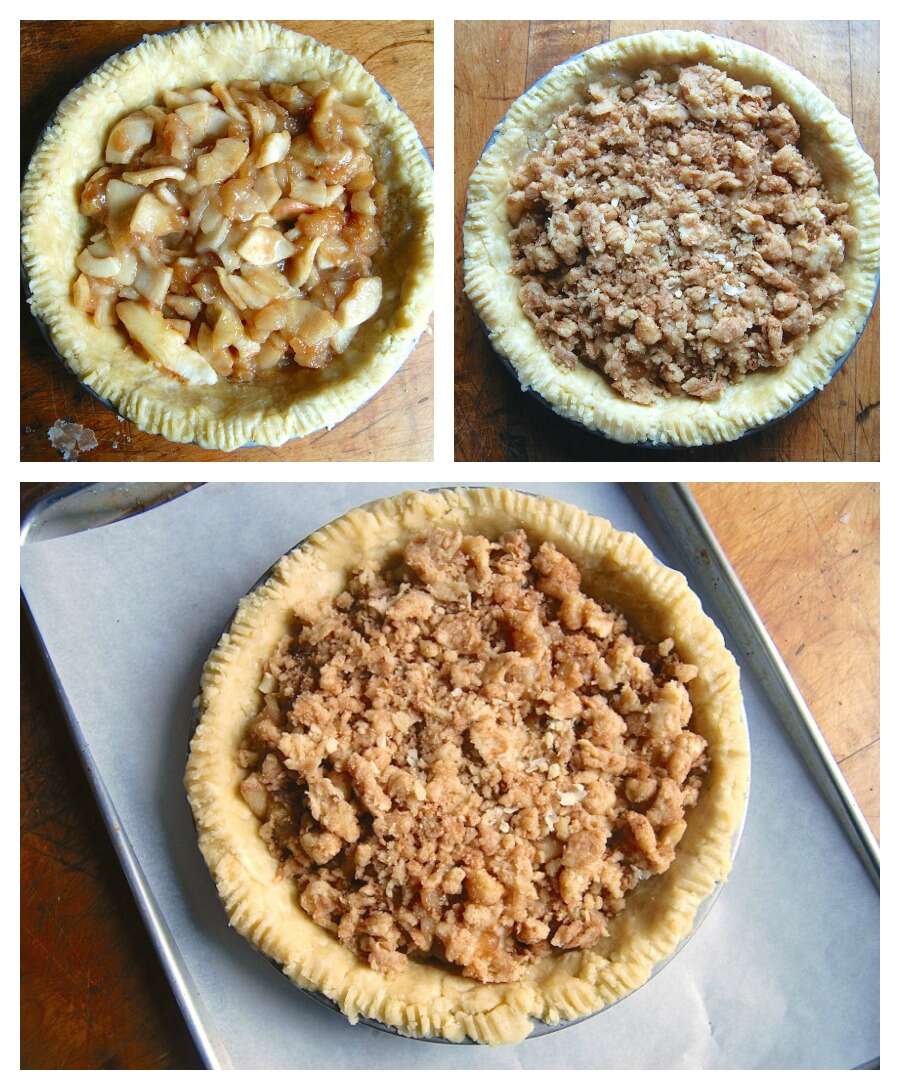 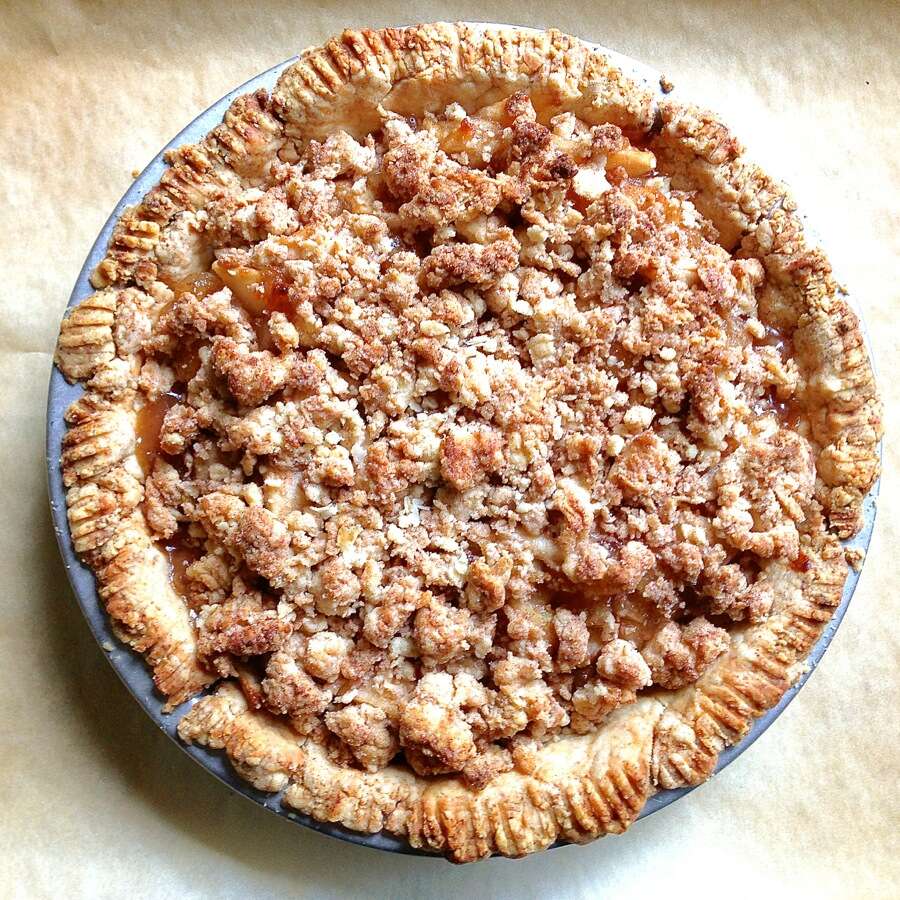 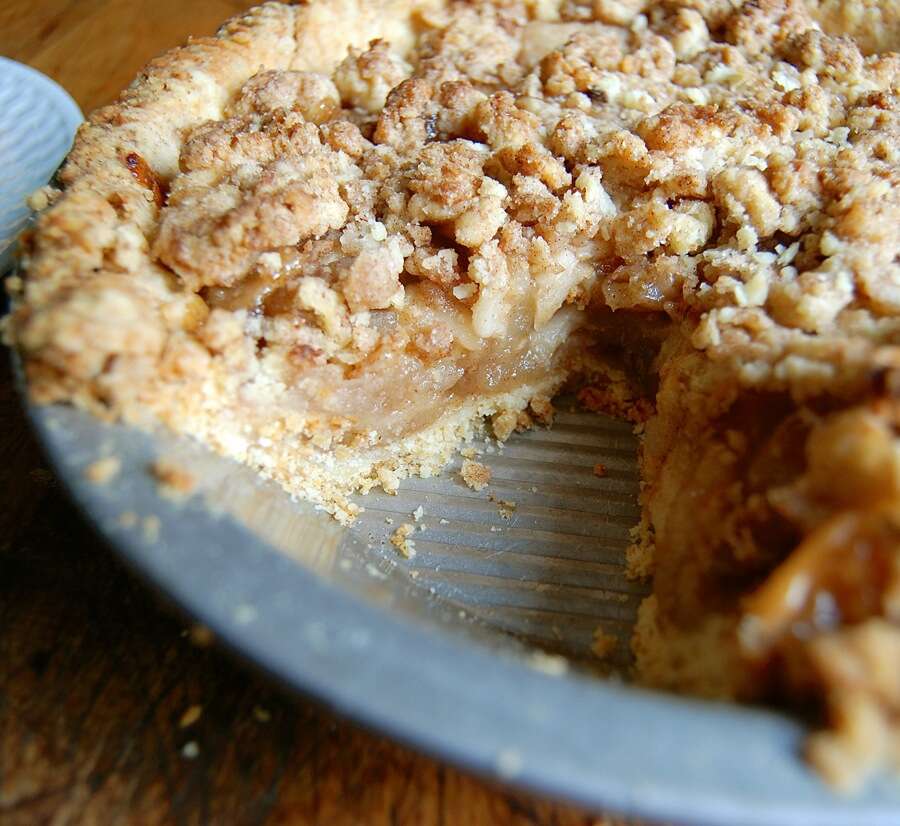 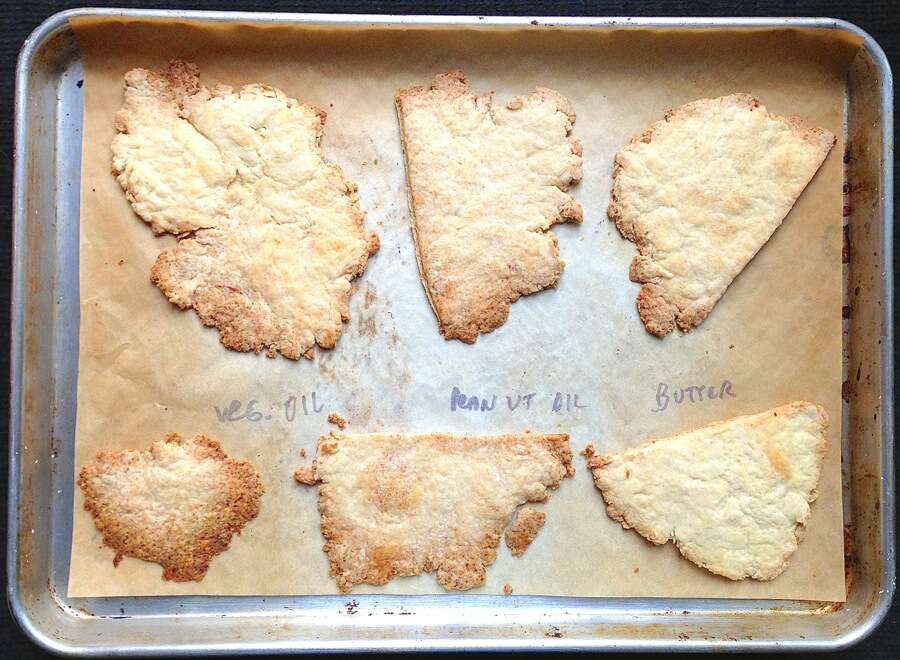 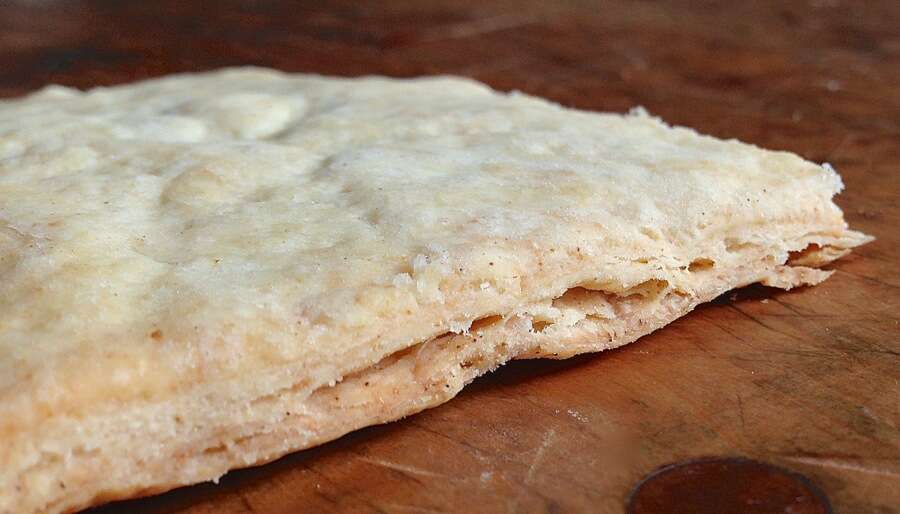 Can you make the pie ahead and freeze with this pie crust either pre baking or after baking?

You certainly can, Dena! I would recommend freezing it before baking. Then, thaw in the fridge overnight prior to baking. Happy baking!

Crust problems solved for life! So much easier than cutting, chilling, rolling. I made with melted butter for an apple pie. I would say this crust is a tad less flakey and dryer than a traditional crust, but avoids the mistakes I so often have that lead to a soggy pie.

Crust-o-phobe here. I discovered no roll crusts a few years ago and decided to give this one a try. Hands down my new favorite. Flaky, tasty and stands up to the filling. It may even encourage me to make pie more often!

I tried making this using melted butter as suggested, but when I tried whisking the melted butter with the cokd water, the butter solidified and clumped up! I wound up microwaving it for 10 seconds to melt the butter and then let it cool before pouring it into the flour mixture. But that kind of defeated the purpose of using cold water. What do you recommend as a better way of doing this?

We're sorry to hear about this experience, Jennifer! We might suggest melting the butter and letting it cool slightly before mixing it with the water. For this method, it's OK to use slightly warmer water to prevent the butter from solidifying. We hope this helps for future baking adventures!

Is there a recommended temperature, etc. for this pie crust?

Hi Sam! You'll want to bake the pie at the time and temperature indicated in the filling instructions for the pie you're making. If you're blind baking this crust, you can follow the tips given in our How to blind baking pie crust article. Happy baking!

Can you use coconut oil?

Hi Amy, using coconut oil should be fine as long as it is liquid when you add it to the recipe. Happy baking!