How to bake cake evenly

When you bake a cake does it sometimes peak into a big dome on top, instead of staying nice and flat? Frustrating, isn't it? Learning how to bake cake evenly can be a challenge.

True, beauty is only crust deep, and sometimes you don’t care if your cake is convex rather than flat across the top. But have you ever tried to stack two or three domed layers atop one another? Right. They wobble, they slip and slide, and inevitably you wind up with an off-kilter cake.

Sure, you can trim off those domes to make perfectly flat layers. But think of all that good cake you’re wasting. Even if you snack on it rather than tossing it, as most of us do, better it should remain part of the whole!

No, your best tactic to bake cake evenly relies on simple thermodynamics: once you put the cake into the oven, you have to keep the batter at the edges of the pan from baking too quickly. 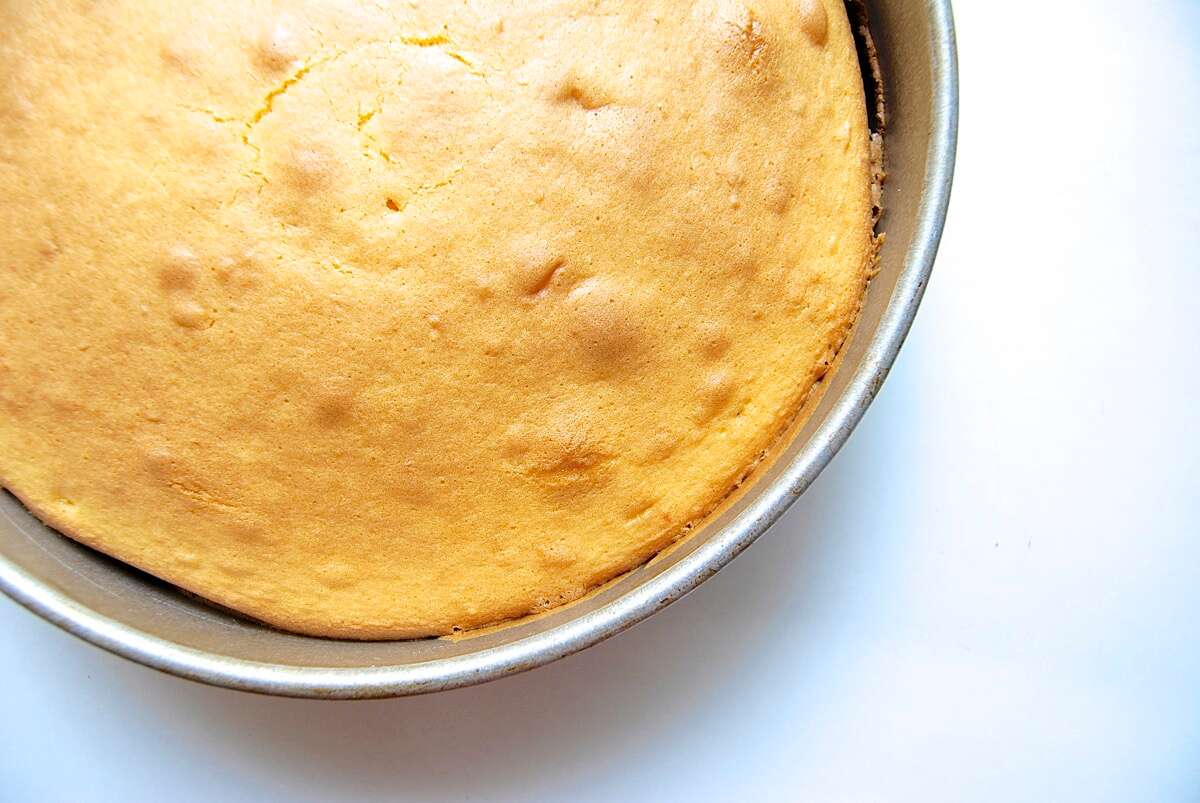 Here’s the deal: As batter bakes it does two things — rise, and lose moisture. When enough moisture is lost the cake solidifies (or “sets”) and stops rising.

This happens quickly around the edges of the pan; much less quickly in its interior, where the bulk of the batter has created its own insulation. So the cake’s edges rise and set quickly; but the slower-baking center continues to rise, often far above the edges: thus the dome. Large or small, it can be irritating; but thankfully, avoidable.

In order to bake cake evenly, you have to insulate its edges. Preventing the temperature of batter at the edge from increasing quickly allows the cake to rise longer before it sets. A cake whose edges rise at nearly the same rate as its center will remain flat across the top — no dome, perfect for stacking and icing. 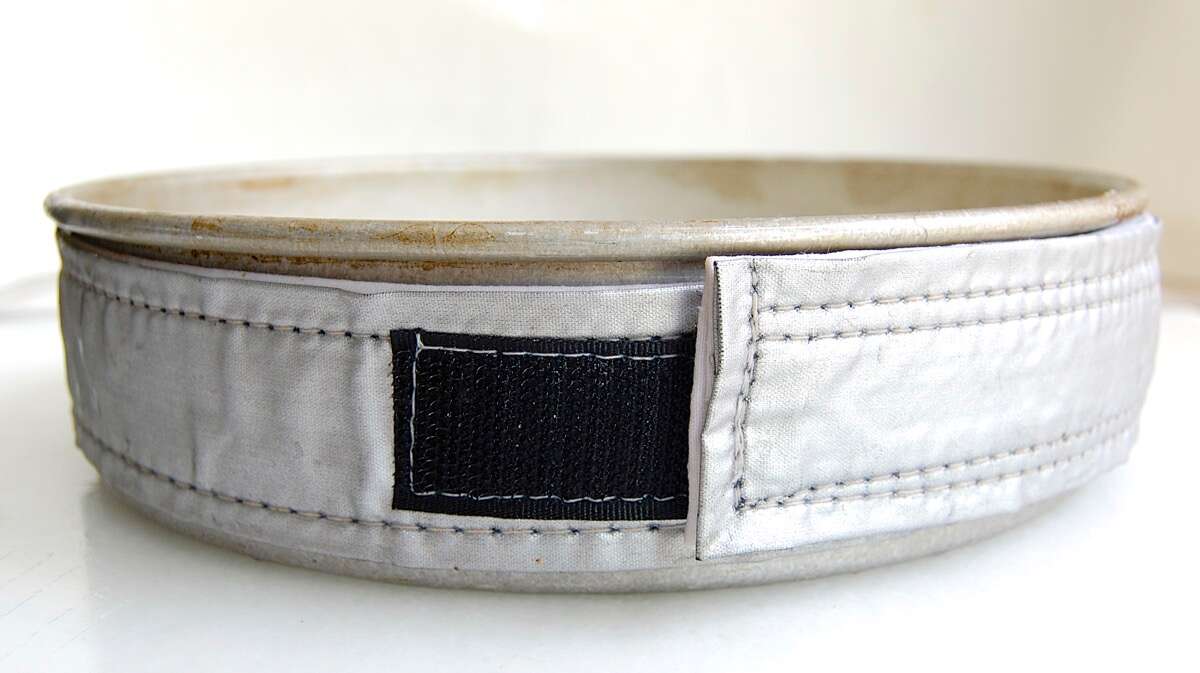 Enter cake strips, the simplest way by far to bake cake evenly. Soak the strips in cold water, fasten them around the outside of your pan with their built-in Velcro, and voilà! Instant insulation.

Sure, you can probably fashion your own insulation with strips of cotton towel, and then safety-pin them around the pans. But honestly? Save yourself the hassle. Here’s what one of our satisfied customers says:

“These are the BEST! Since I frequently make 3-layer cakes, I ordered 2 sets. These are very easy to use. Just soak them in water for 15 minutes, wrap them around the pans and secure with the Velcro. No safety pins needed! The strips keep the cake layers from getting a dome, so it's easier to fill and frost them.” — Mary Ellen, Oak Harbor, Ohio

Let’s see just how cake strips work — and what a difference they make. 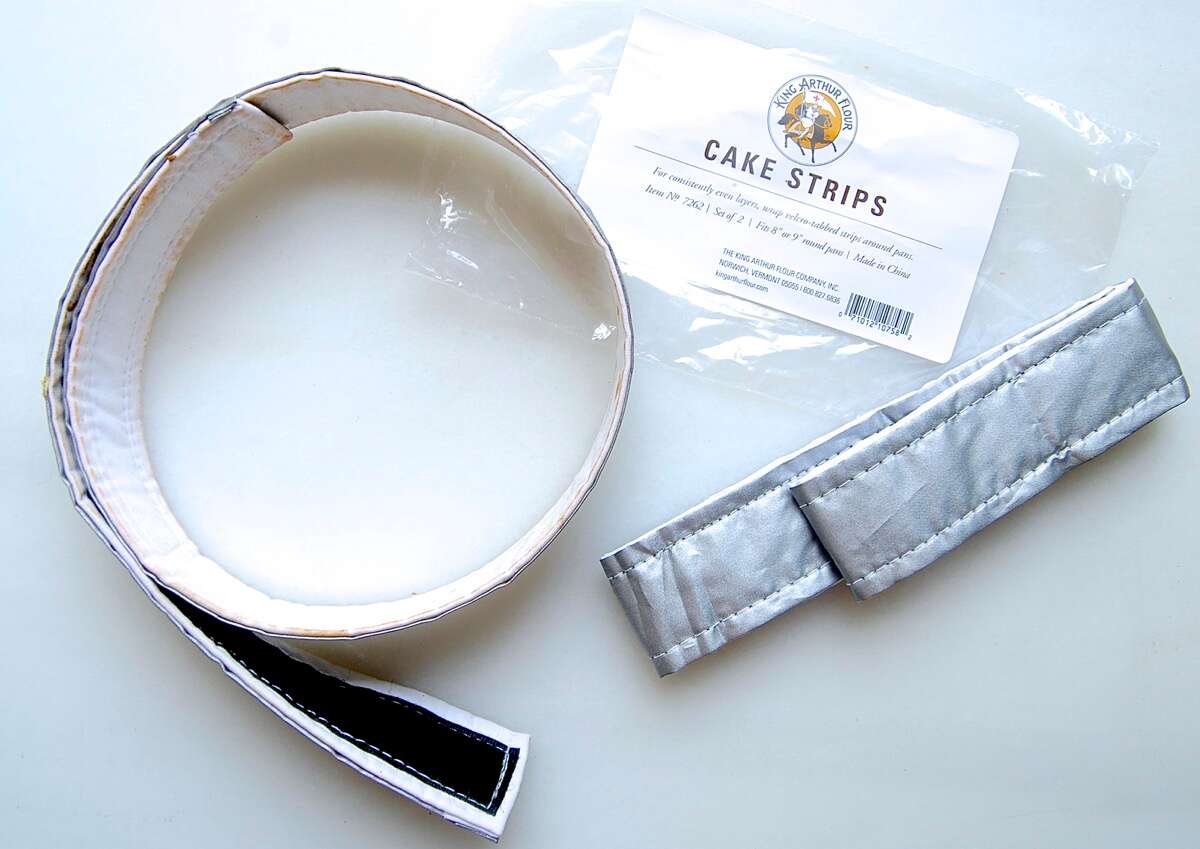 Soak in cold water before using

Soak the strips for a minimum of 15 minutes; you'll need to weigh them down to submerge them at first. Since it's actually the water that insulates your cake, you want the strips to be thoroughly soaked. 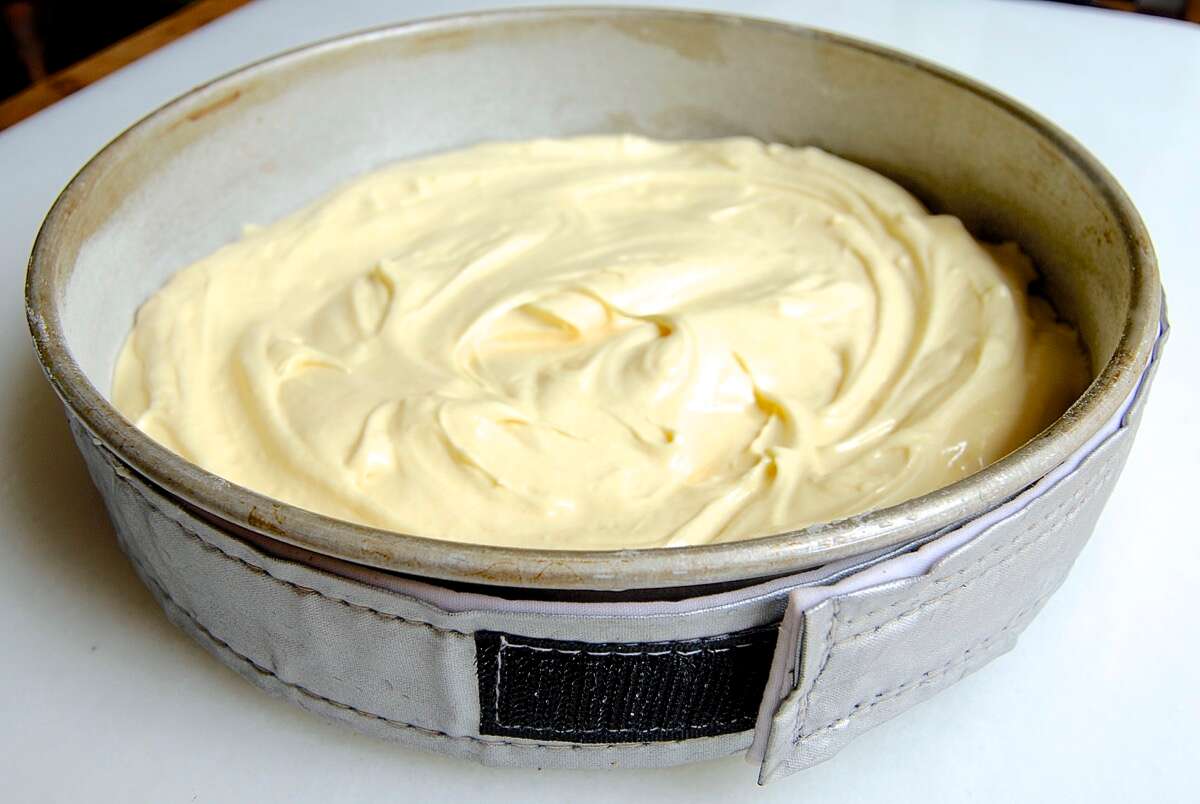 Fasten around the edge of your pan

Velcro lets you easily fit the strip to your particular 8" or 9" round pan. 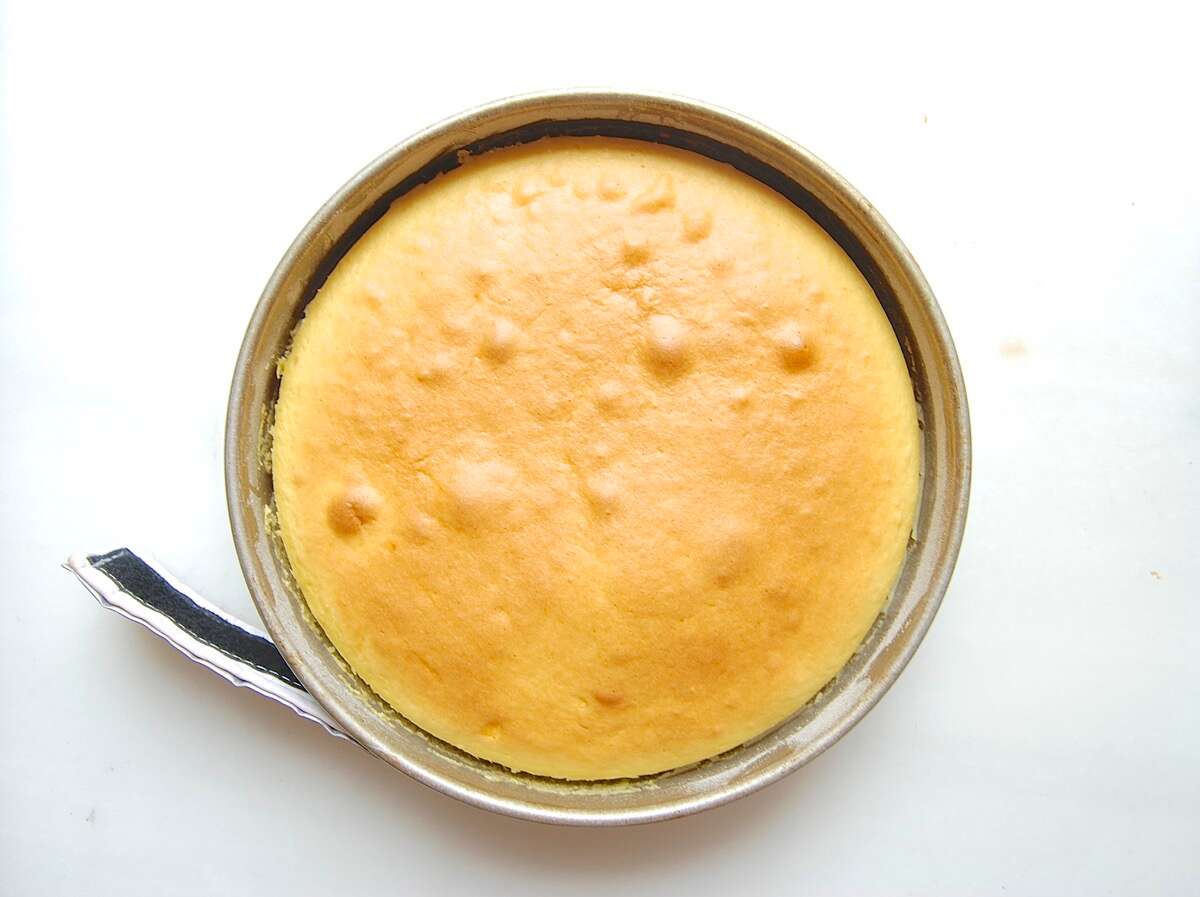 Remove the strip as soon as you can safely handle it; it'll cool down quickly.

Remove the cake from the pan, and cool it on a rack. Stack and frost as desired.

Here's a tip from my fellow blogger, Chef Susan Reid: "The best-looking frosted cakes are placed on a plate so the flat bottom is facing up. Often the slight curve even on the flat cake nestles just right inside the concave surface of any typical plate you’d put it on." 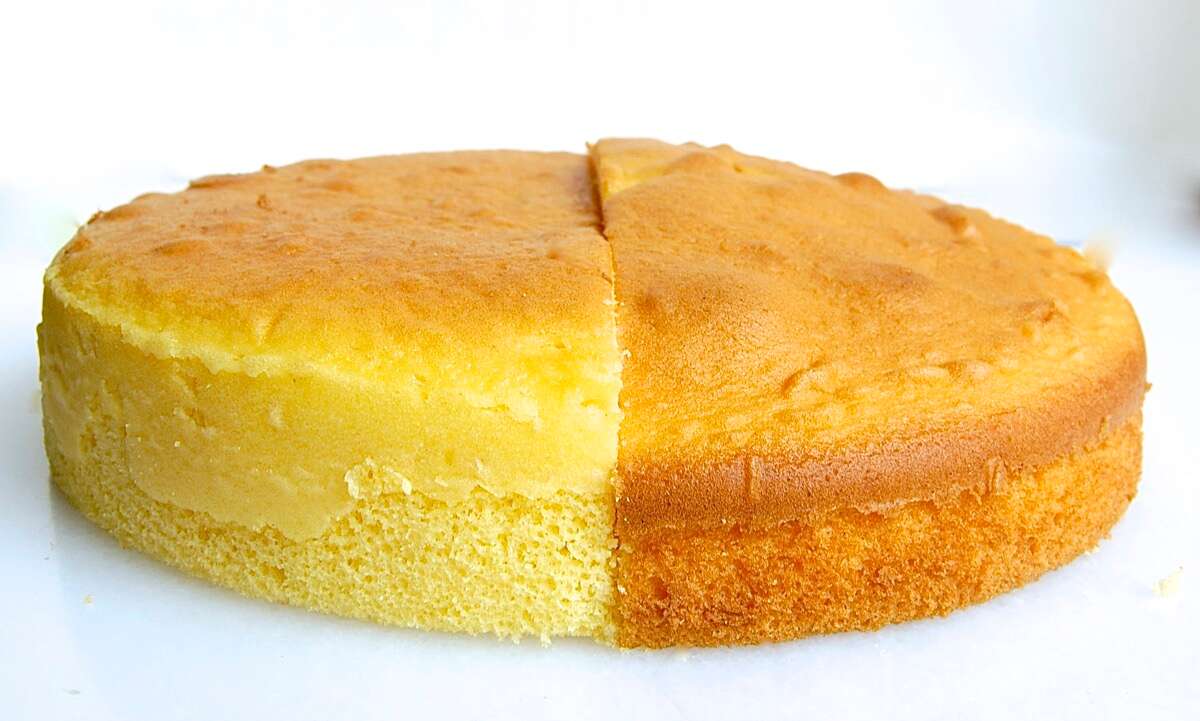 The half-cake on the right, baked without a strip, has shorter edges and a taller center: it domed. The cake on the left, baked with a strip, rose evenly all the way across.

In addition to preventing doming, using a cake strip prevents the edge of the cake from overbaking. The darker ridge around the top of the half-cake at right, baked without a cake strip, is tough and chewy. The half-cake on the left, baked with a strip? Soft and tender.

So go ahead: spread that frosting, stack those layers. Now that you know how to bake cake evenly, using cake strips, there’s no going back to the hassle of trimming and leveling.

Some bakers say they’ve had luck simply pressing down any dome on their cake as soon as the cake comes out of the oven. I tried that, but the dome remained; it just sprang back. If you espouse this manual flattening, we'd love you to share how you do it in comments, below.

We haven't given those a try yet, MB, but you're welcome to try them out! Annabelle@KAF
Would a placing the to-be-baked cake pan in a cold water bath in an oven accomplish the same thing? (Think of a cold bain marie with cold water in place of the usual very hot water)
Baking in a water bath can help, Cynetta, but more commonly with custards. It isn't often done with regular cakes, but we encourage you to experiment! Annabelle@KAF
PJ Hamel, thanks so much for the post.Much thanks again. Really Cool.
I'm a believer! Cake strips are easy to use, and cakes bake beautifully - level and tender. And having level layers makes filling and frosting those layers easy, too. Pressing down the "dome" doesn't work for me - the cake likes to spring up - and compressing the middle (instead of cutting away the dome) seems opposite of having light and airy cake. Thanks, PJ, for the "how it works" explanation - gotta bake a cake now!
Great testimonial, Suzanne — sounds like our experiences mirror one another. Thanks for connecting here! PJH@KAF