A short history of banana bread

The surprise ingredient (not bananas) that started it all

The most searched-for bread recipe online isn't white sandwich bread. It's not whole wheat bread, or baguettes or no-knead bread or even anything with yeast in it. No, the most sought-after bread recipe across America is (drum roll, please): banana bread.

Bananas aren't native to most of North America, and were only sparingly available in the U.S. throughout the 1800s. Ship captains had difficulty solving the puzzle of how to successfully transport a fruit that ripened (and rotted) so quickly.

But the advent of refrigeration at the turn of the 20th century soon made bananas accessible to American households nationwide, where they quickly became a breakfast staple. Bananas were also used in desserts, though more often as a garnish atop cake or pudding than a main ingredient. 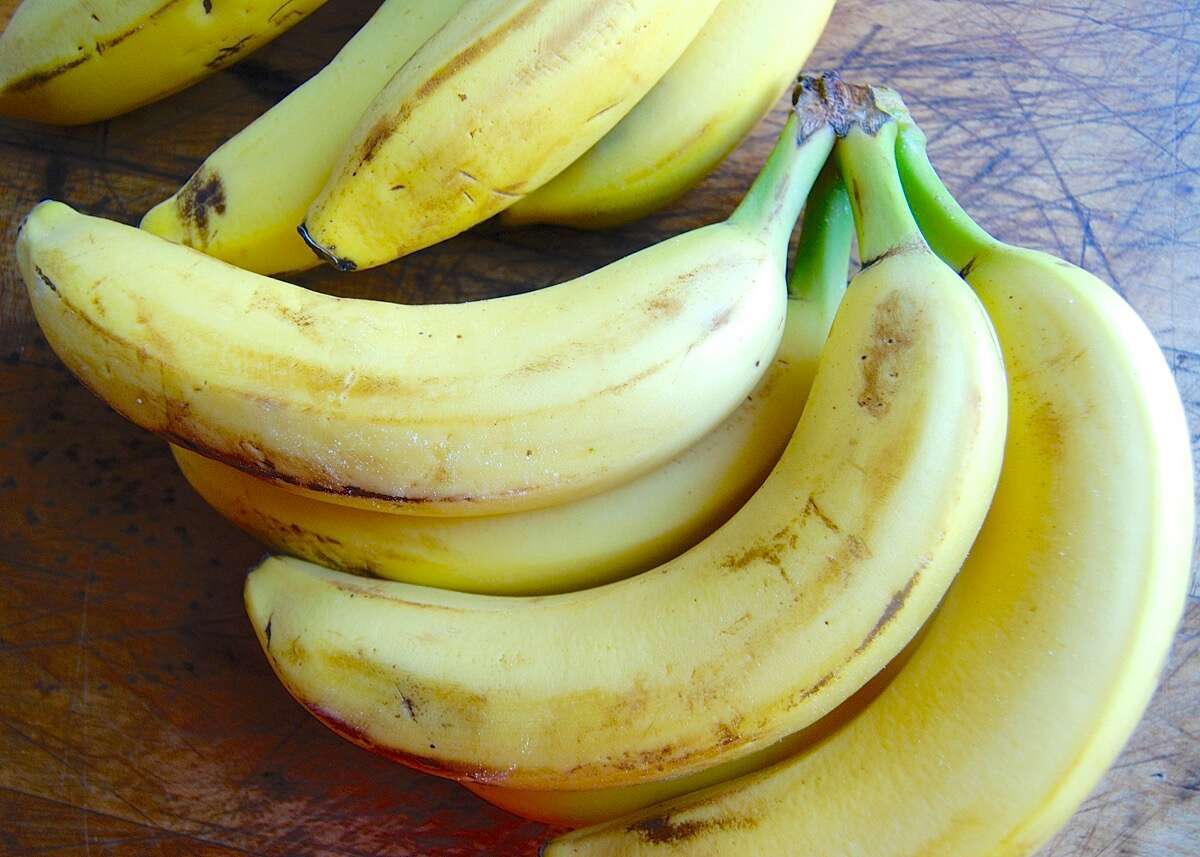 Then, in the 1930s, two events converged that elevated the banana from bit player to star.

First, the Great Depression, which began with the 1929 stock market crash and lasted throughout much of the 1930s, made every scrap of food precious. Households were unwilling to throw away anything — even a "rotten" banana. 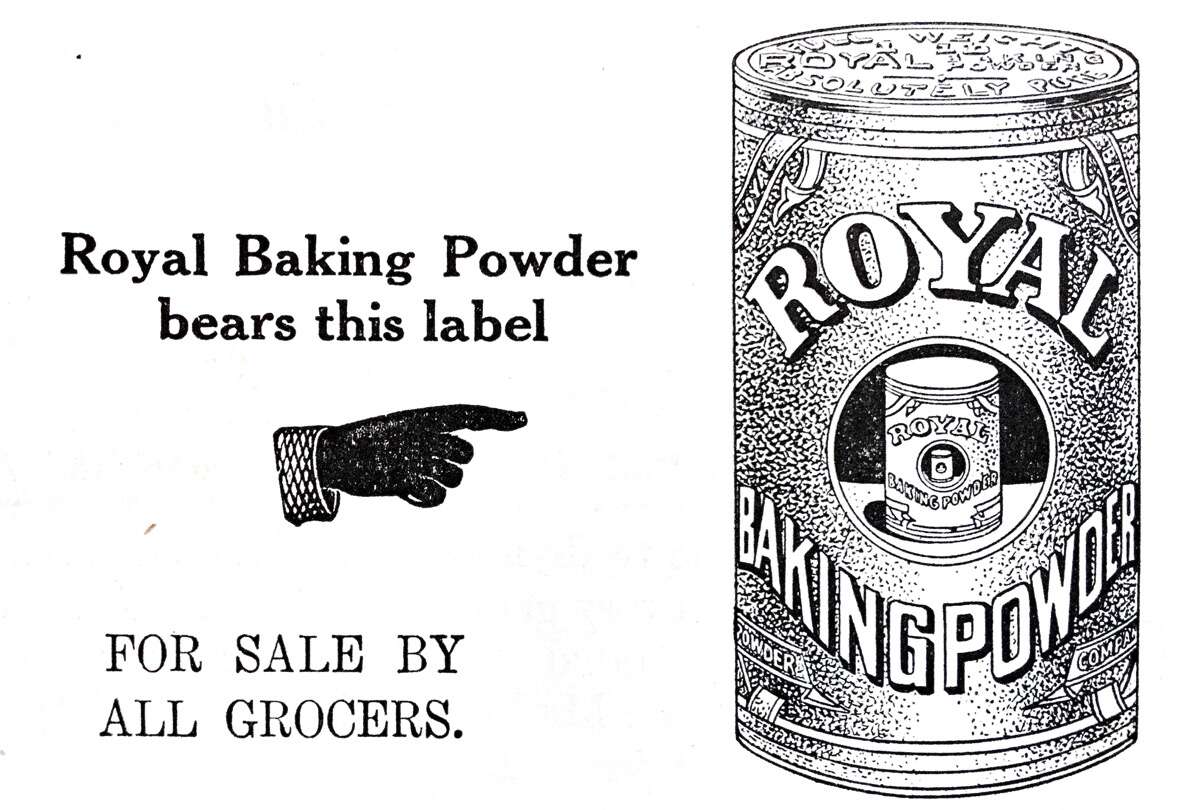 Thus the desire to use overripe bananas, paired with the ready availability of baking powder, inspired a horde of enterprising cookbook writers to come up with recipes for banana "quick bread" (as opposed to yeast bread).

By the early 1930s, banana bread recipes — using mashed bananas as the main ingredient, rather than banana slices as a garnish — had become ubiquitous, appearing in cookbooks from Better Homes and Gardens, Pillsbury Flour, the United Fruit Company (a chief banana importer), and more.

In honor of National Banana Bread Day (February 23), I recently decided to examine the history of banana bread. In doing so, I baked nine decades of American banana bread recipes, starting with a 1930s cookbook recipe and ending with our current King Arthur Flour Banana Bread online. 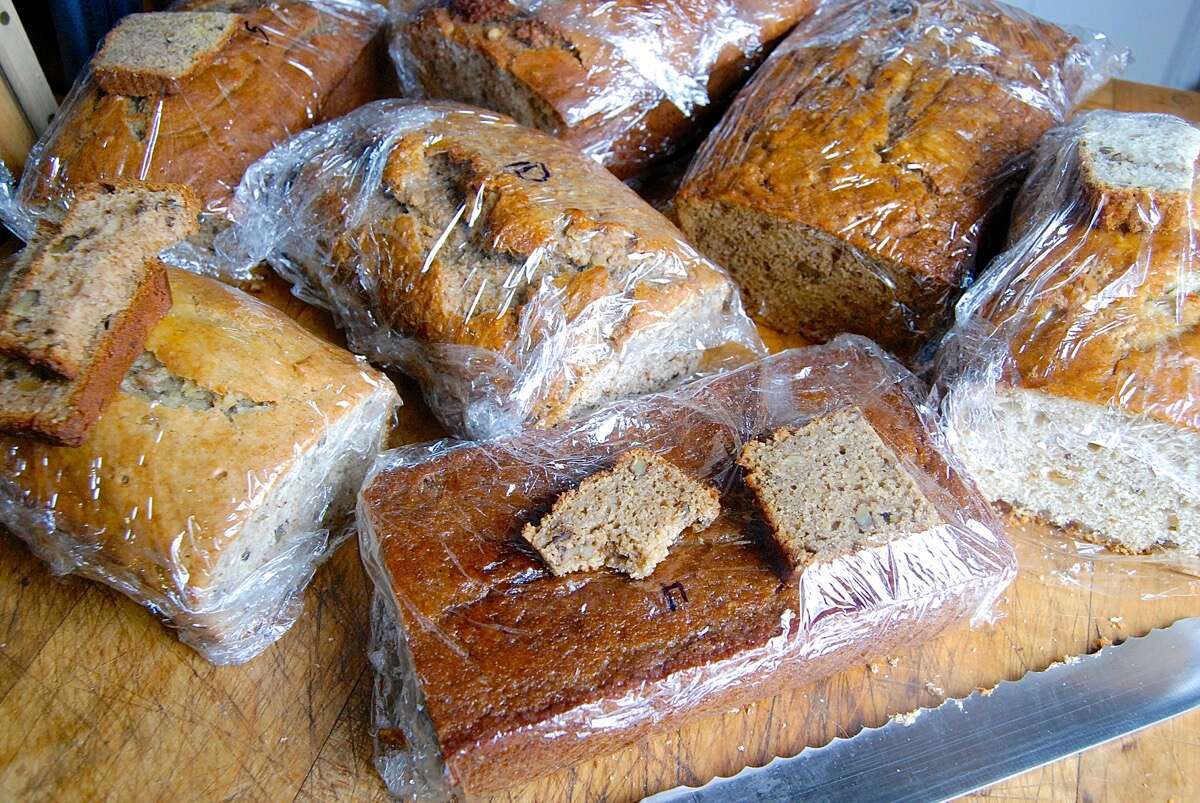 And what did I discover on this sweet journey? Banana bread recipes down the decades have in common bananas, sweetener, a chemical leavener, some fat, and flour. But beyond that they can differ wildly — offering everything from a sprinkle of sesame seeds or dollop of apricot jam to a big hit of wheat bran or a grating of orange peel.

Additionally, each recipe reflects its era in some way, from Depression-era ’30s thrift to back-to-the-land ’60s. 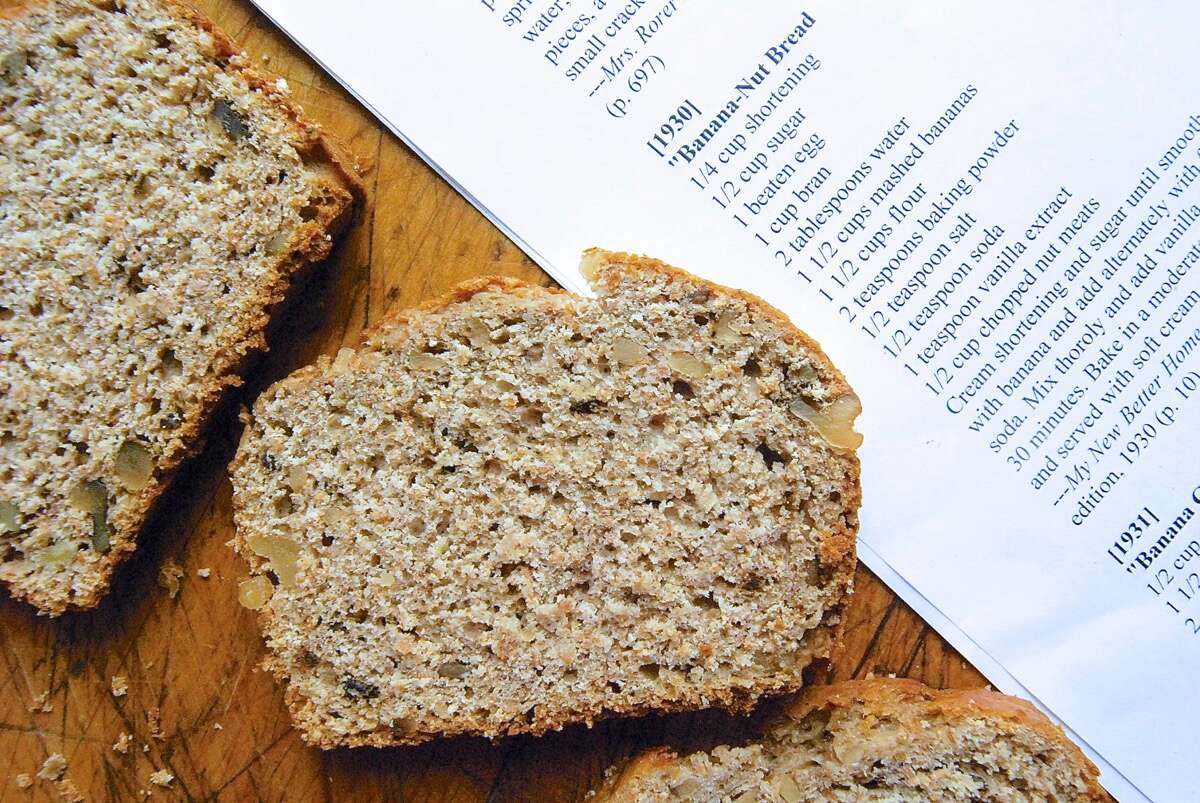 Banana-Nut Bread from 1930's "My New Better Homes and Gardens Cook Book" yields a somewhat rough-textured loaf — due mainly to the full cup of wheat bran, an inexpensive bulk filler, added to the batter.

Reflecting the financial hardships encountered by many families, the loaf is lower in fat and sugar than most current recipes, as well as smaller — but its banana flavor is quite pronounced, unlike that of some of its successors. 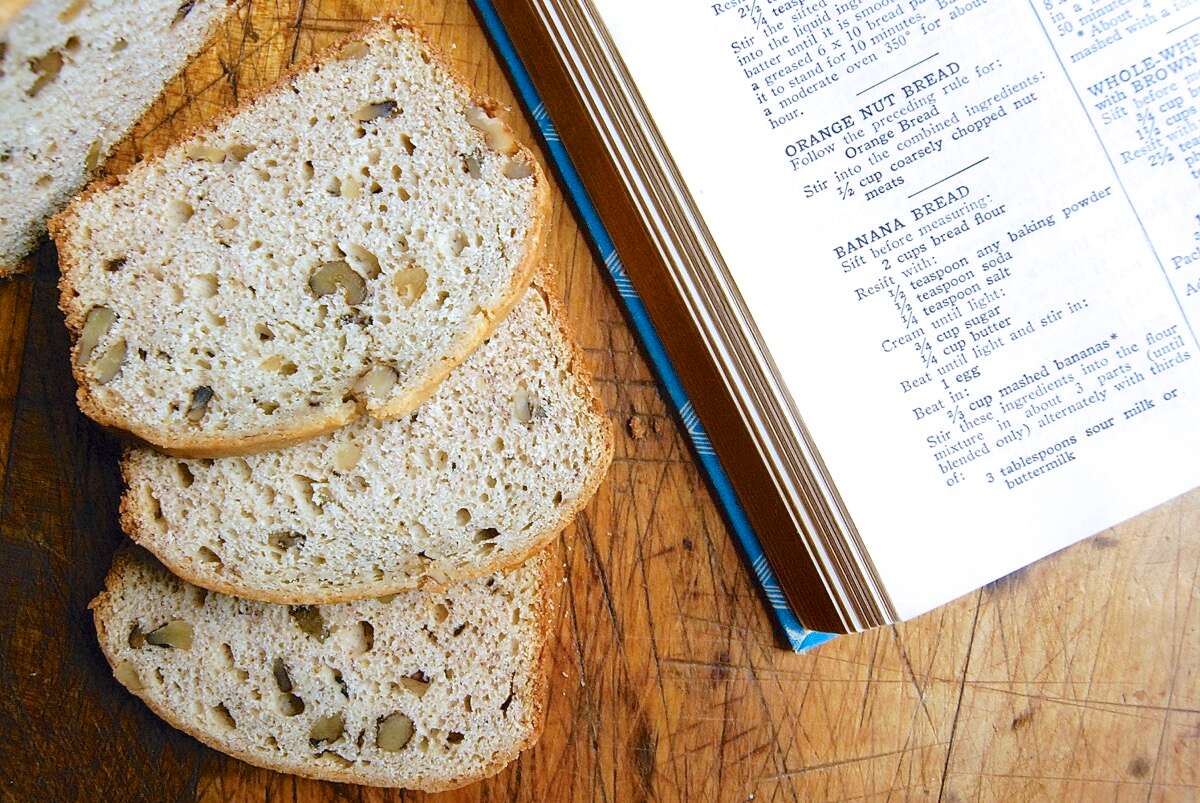 Banana Bread from the 1946 edition of "The Joy of Cooking" is a salute to wartime rationing: using a single egg, no spices, and sour milk or buttermilk (both less expensive and easier to come by than fresh whole milk), the loaf is fine-textured and tasty — but plain. Like most dishes during the era, it was meant to fill stomachs, not engage the imagination. 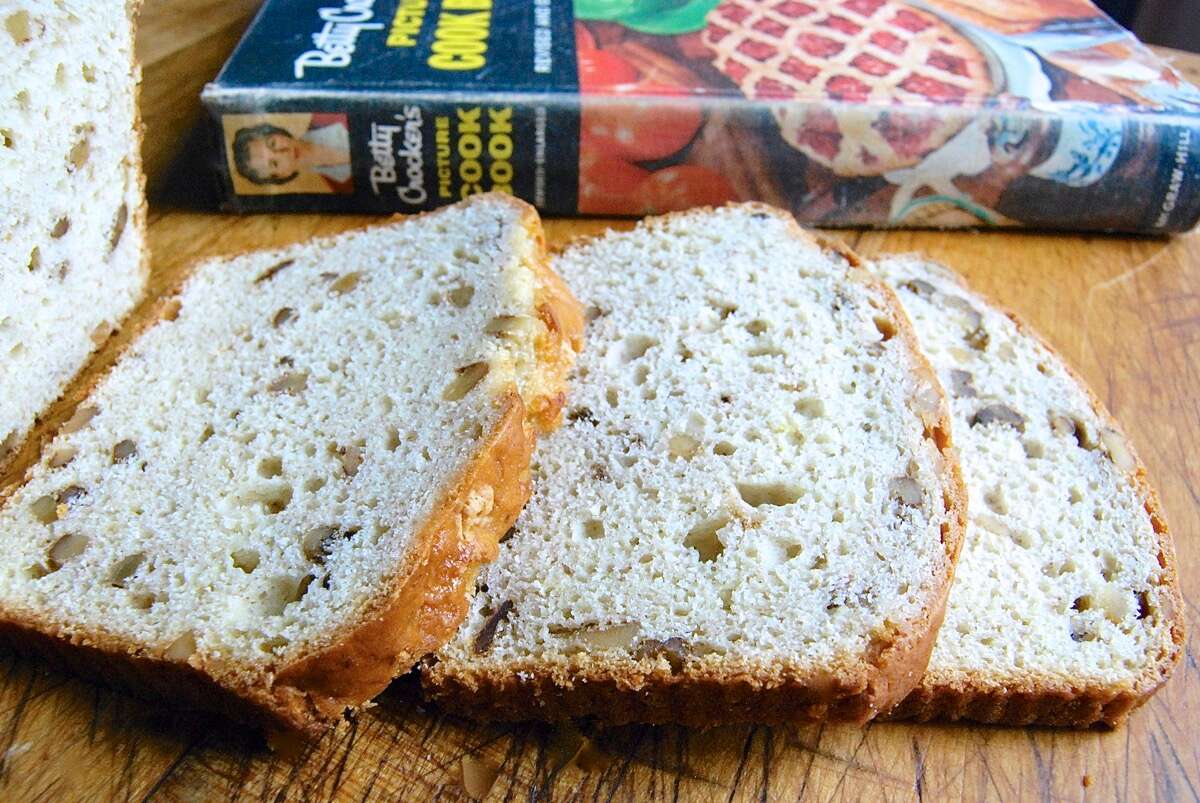 The 1950s was an era of growth in America. Soldiers, many having gone to college on the G.I. Bill, married, got good jobs, and started families — often large families.

Stay-at-home moms were the norm, and they flocked to "Betty Crocker's Picture Cook Book," a 1956 salute to convenience cooking and baking. Banana-Nut Loaf, a large and lofty bread, definitely feeds a crowd. It's low-fat, low-sugar, low-banana, and completely un-spiced. Easy, yes. But tasty? Not really. 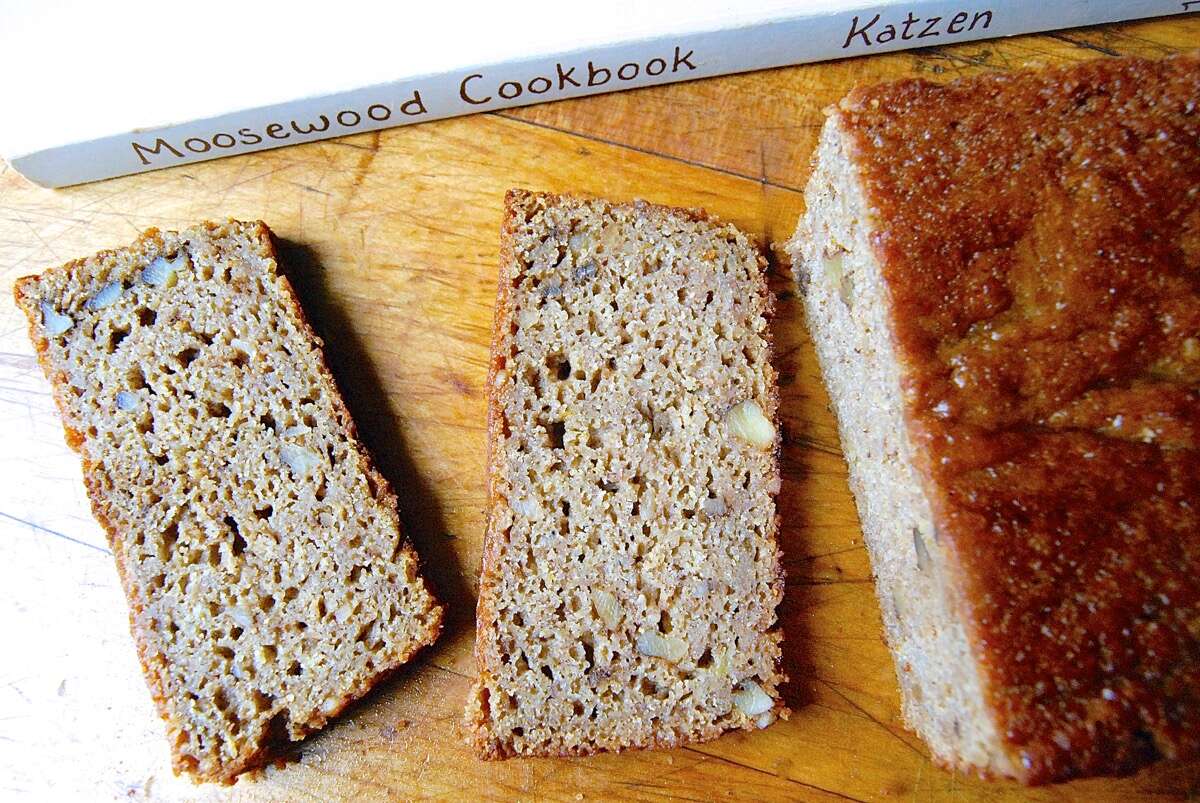 By the mid-’60s, America was transitioning from Pat Boone to the Beatles. Boomers joined communes, protested the Vietnam War, and went "back to the land." Banana Bread from the Moosewood Restaurant, a "collectively owned and worker-managed business" founded in 1972 in Ithaca, NY, is an extreme departure from earlier versions — just like the young generation coming into its own.

Scented with vanilla, almond, orange, nutmeg, and coffee, this recipe from "The Moosewood Cookbook" even calls for sprinkling sesame seeds into the loaf pan before adding the batter. The resulting flat-topped loaf is dark (from brown sugar), dense, moist — and very tasty. While it won't win any beauty contests, this banana bread is one of my favorites. 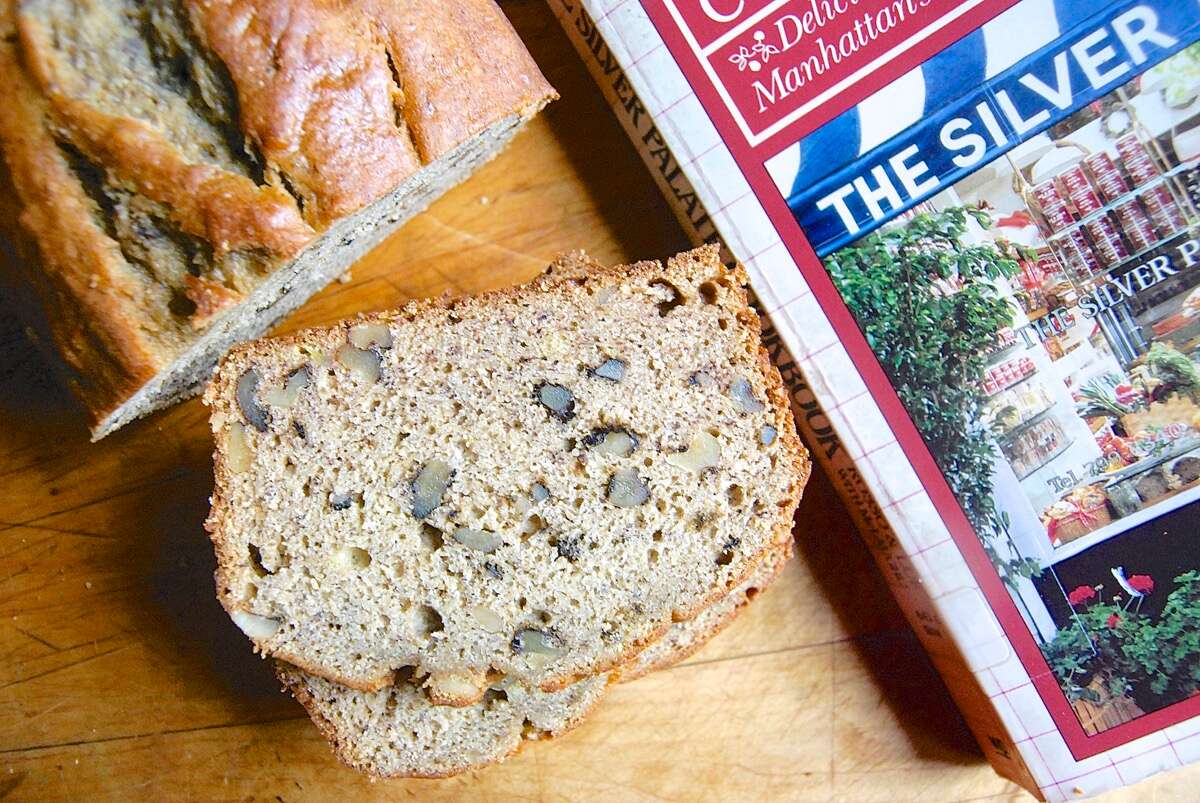 The ’80s will be remembered for the mainstream embrace of "upscale ethnic" and bold flavors: pesto, quiche, sushi, and tiramisu all became household favorites during this decade. Boomers entered their 30s ready to entertain — and 1982's "The Silver Palate Cookbook" ("Delicious recipes, menu, tips, lore from Manhattan's celebrated gourmet food shop") was on everyone's shelf.

Surprisingly, Silver Palate's Banana Bread doesn't reflect the dash and excitement of most of its other recipes. Made with 50% whole wheat flour, it's an unremarkable version (albeit rich; it uses an entire stick of butter) of what by then had become an American baking standby. 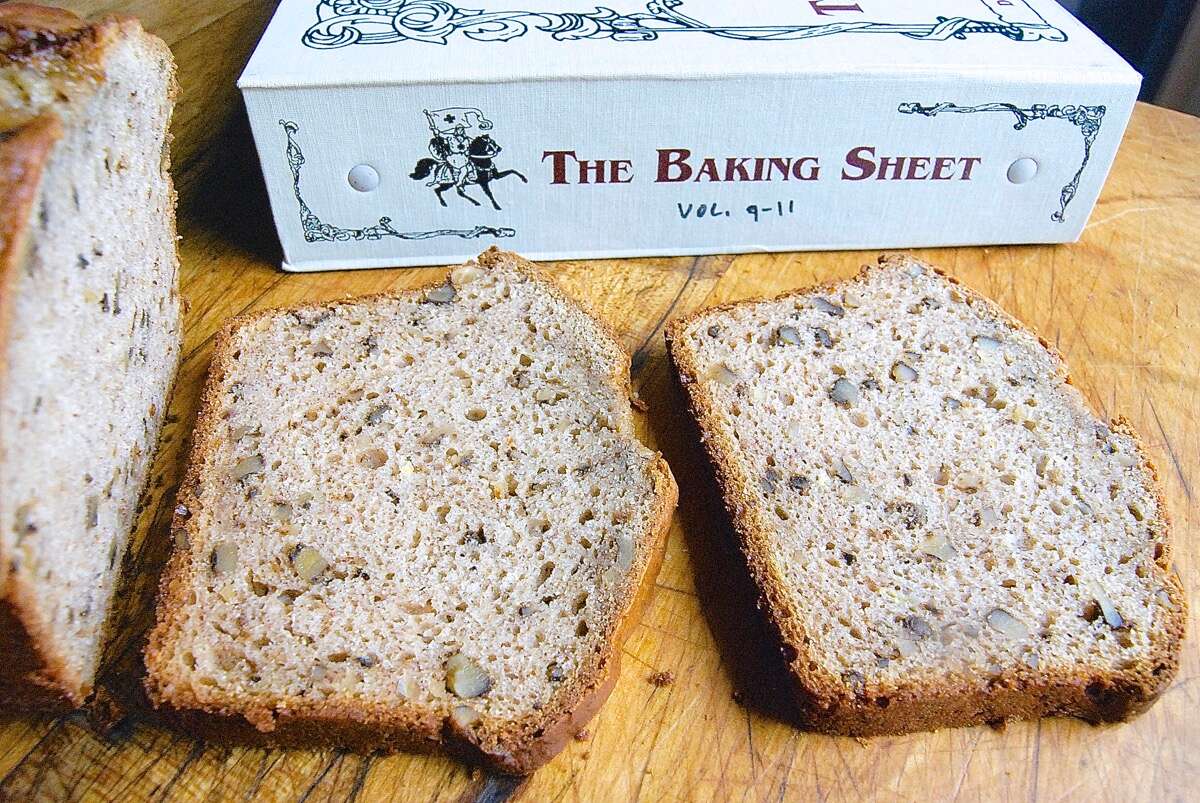 Remember sun-dried tomatoes? How about truffles? Many Americans gravitated to the kitchen as the 20th century drew to a close, embracing food as creative expression. And our King Arthur Flour "Baking Sheet" print newsletter — precursor of our current online recipe site — was there throughout the decade, showcasing recipes both classic and innovative.

This cinnamon- and nutmeg-scented Banana Bread from the September-October, 1997 "Baking Sheet," is an enormous loaf with well-balanced flavors and good, moist texture. It's so rich that one reader reported using it as her wedding cake!

Want to check out the recipe? It's in our King Arthur Flour Baker's Companion cookbook. 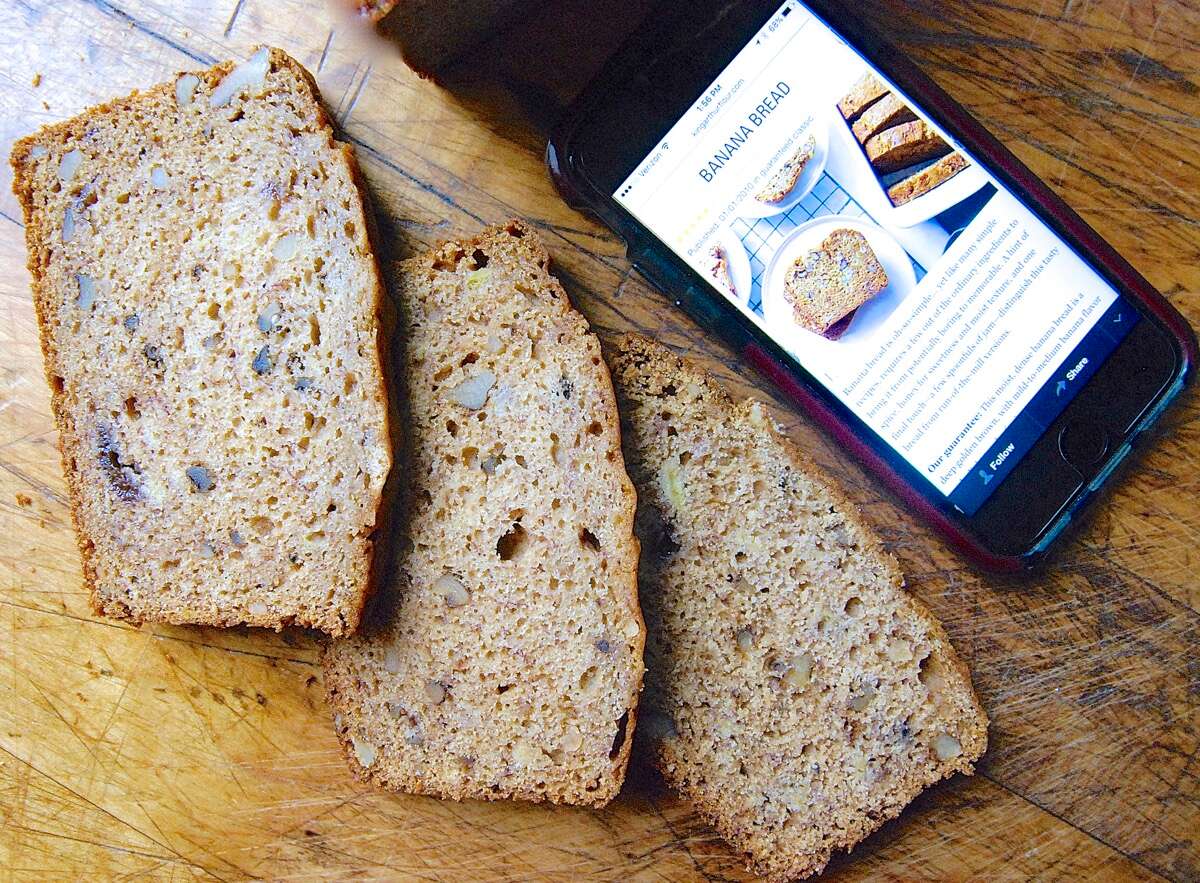 Let's call the past 17 years or so the Decade of the Diet. Atkins and South Beach kicked things off in 2003, and since then our regimes of choice have ranged from Paleo to raw to gluten-free. We're determined to eat better — but for the most part aren't willing to give up food as pleasure.

Our current Banana Bread recipe online tones down our ’90s version (smaller size, fewer nuts); but also ramps it up by using a higher percentage of banana, and brown sugar, honey, and jam for enhanced moistness and flavor. In addition, a tip at the end tells you how much you can reduce the recipe's sugar and still enjoy the result. Yes, you can have your lower-sugar banana bread — and enjoy it, too!

Of all of these recipes, two in particular catch my fancy. One is Moosewood's loaf, with its overtones of coffee, brown sugar, and vanilla. As noted earlier, it won't win any beauty contests; but it's dense, moist, and flavorful, perfect for slicing thin and perhaps spreading with a smear of cream cheese.

My other top choice is the Banana Bread recipe currently on our site (and pictured at the top of this post). Made with butter and brown sugar, honey, vanilla, a hint of spice, and lots of banana, it's wonderful with a cup of coffee, or toasted with butter. Or made into French toast. I reduce the amount of sugar (as suggested in "tips," at the bottom of the recipe), so the banana flavor really shines through. Less sugar also means fewer calories — an added benefit!

What's your own favorite banana bread recipe? Share what you love about it, as well as the book (and decade) or site it's from below, in comments.

Dear PJ, Please tell us what is the status of "Tropical Race 4", a banana plant disease that was supposed to spread quickly to destroy the banana world crop as we know it. Thanks, Judith P. Oppenheim
Judith, here's the latest news I can find on Panama TR4, which has affected banana crops in certain parts of the world, particularly Australia: Panama TR4. PJH
Seven years ago I adapted a banana bread recipe from "Simply Simpatico" (Junior League of Albuquerque) cookbook to serve to my daughter's Rowing team. I had to make the recipe more healthy than the typical banana bread/quick bread, as the kids needed fuel and would often eat many more than one slice. I reduced sugar and fat; I also increased the bananas and added whole wheat flour (KAF White Wheat) and Oat Bran to to the KAF All purpose white flour. The resulting loaf is quite dense, but super flavorful. Plus, the recipe makes 3 loaves at a time, and since I routinely served 10-12 loaves per weekend, volume matters. My key is freezing the ripe bananas, then pureeing them. I also freeze the puree as well and have it on hand for when I want to bake. I may dig out the old Moosewood recipe to compare or see what is on the menu the next time I'm visiting my now-college-senior rower, in Ithaca.
That's some beautiful commitment, Katherine. Thanks for sharing your adventures in banana breading with us. Mollie@KAF
Your story hits home with me for it is also my story, also beginning in the early 30's. I can relate to each "season" for this wonderful bread. thank you. Can't wait to try YOUR favorite receipt, too.
I loved reading the history of my favorite quick bread! My grandmother made Banana Bread every week or so and I thought it was a slice of heaven. Now when I make it I am transported back to her tiny kitchen with the wonderful smells and memories. Thank you for this special treat today!
I have an old Bon Appetit recipe for banana bread which is good. It is good without the glaze. I would love for you to develop a pineapple banana bread. I think it might be test kitchen or cooks country that has a shingled banana bread with slices of bananas. It's marked somewhere to try. I want to try using cake flour.
What a fun and interesting story and experiment, thank you for sharing it! I live in the Caribbean and use fresh bananas from our yard. They are sweeter and smaller (about half the size) and I use 6-8 of them (I use up to 4 or 5 regular ones sometimes too. Haven't had an issue with too much banana yet!). I have your flour shipped down and when we get a huge batch of bananas, I make 3-5 loaves or up to 60 muffins at a time. My friends and family stand by their doors waiting for delivery!! (It freezes well too!) My recipe is very similar to your current one but I use a half cup of apple sauce instead of the marmalade. Anyway, as always you guys brighten my day one way or another, thank you so much!!!!
Oh, my, how I envy you fresh bananas right outside the door! What a nice way to share your bounty, too, by delivering bread to family and friends (made with King Arthur Flour, of course...) :) PJH
I enjoyed the history of banana bread! It's something I enjoy but never considered how the recipe came to be. I found this recipe at a blog called The Silver Spool. It's for Banana Oatmeal Bread. I like the texture the oatmeal adds to the bread. I tweaked the recipe by replacing the cinnamon with nutmeg and we drink 1% milk so I used that instead of the skim milk. http://thesilverspool.com/wp-content/uploads/2012/11/banana-oatmeal-recipe-card.pdf