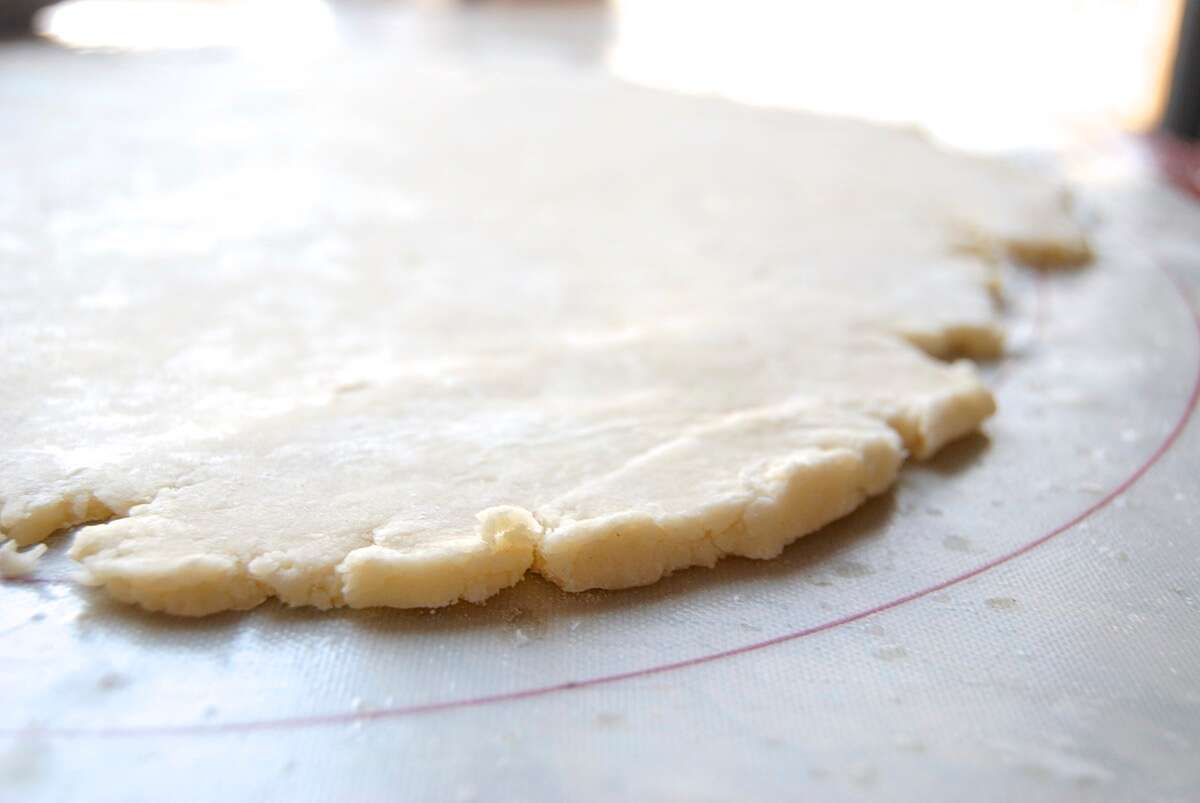 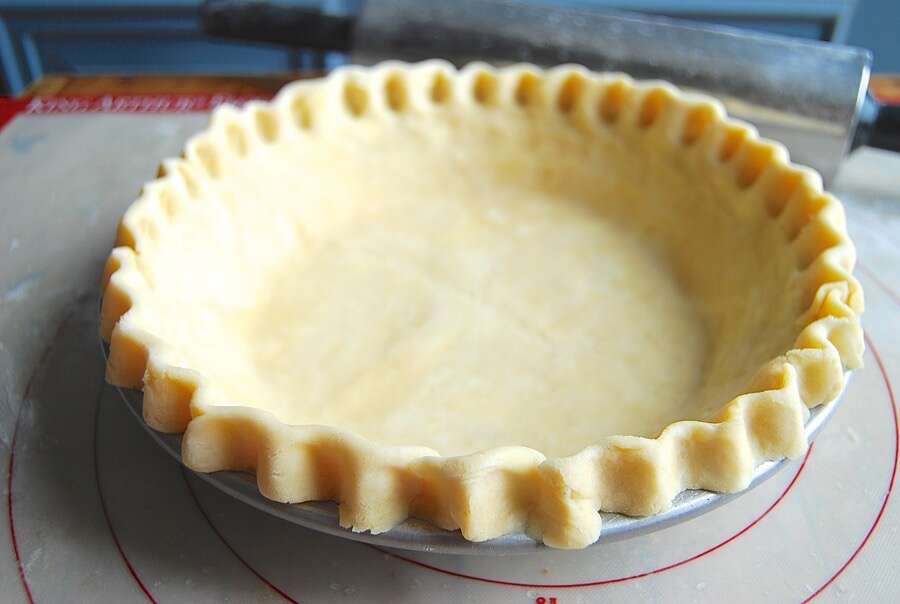 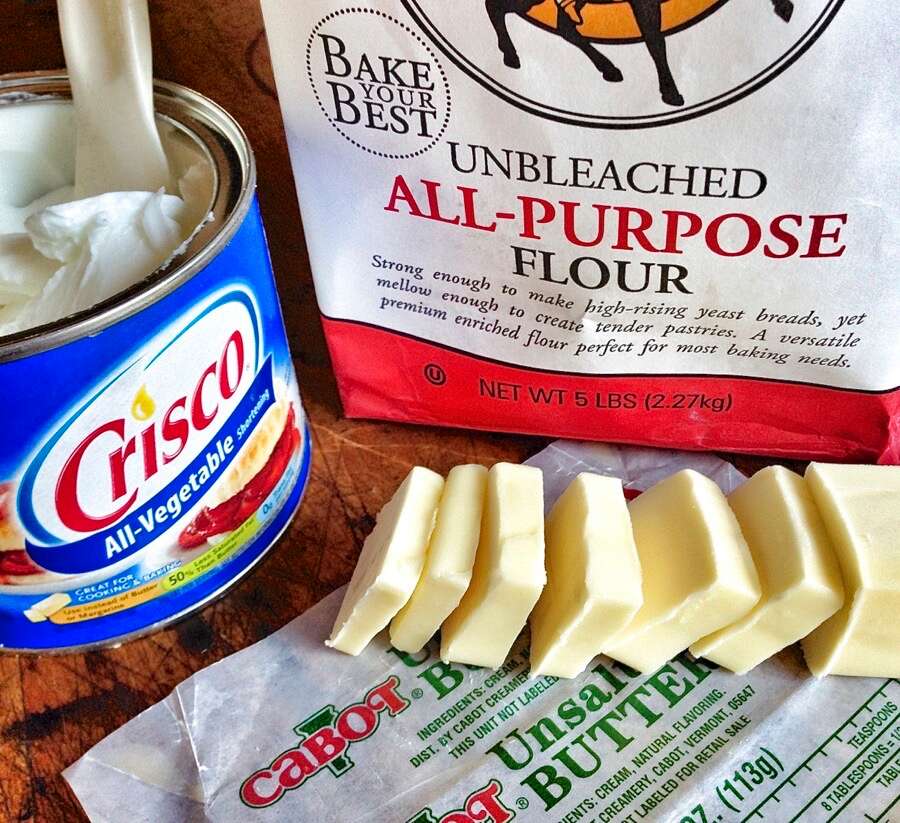 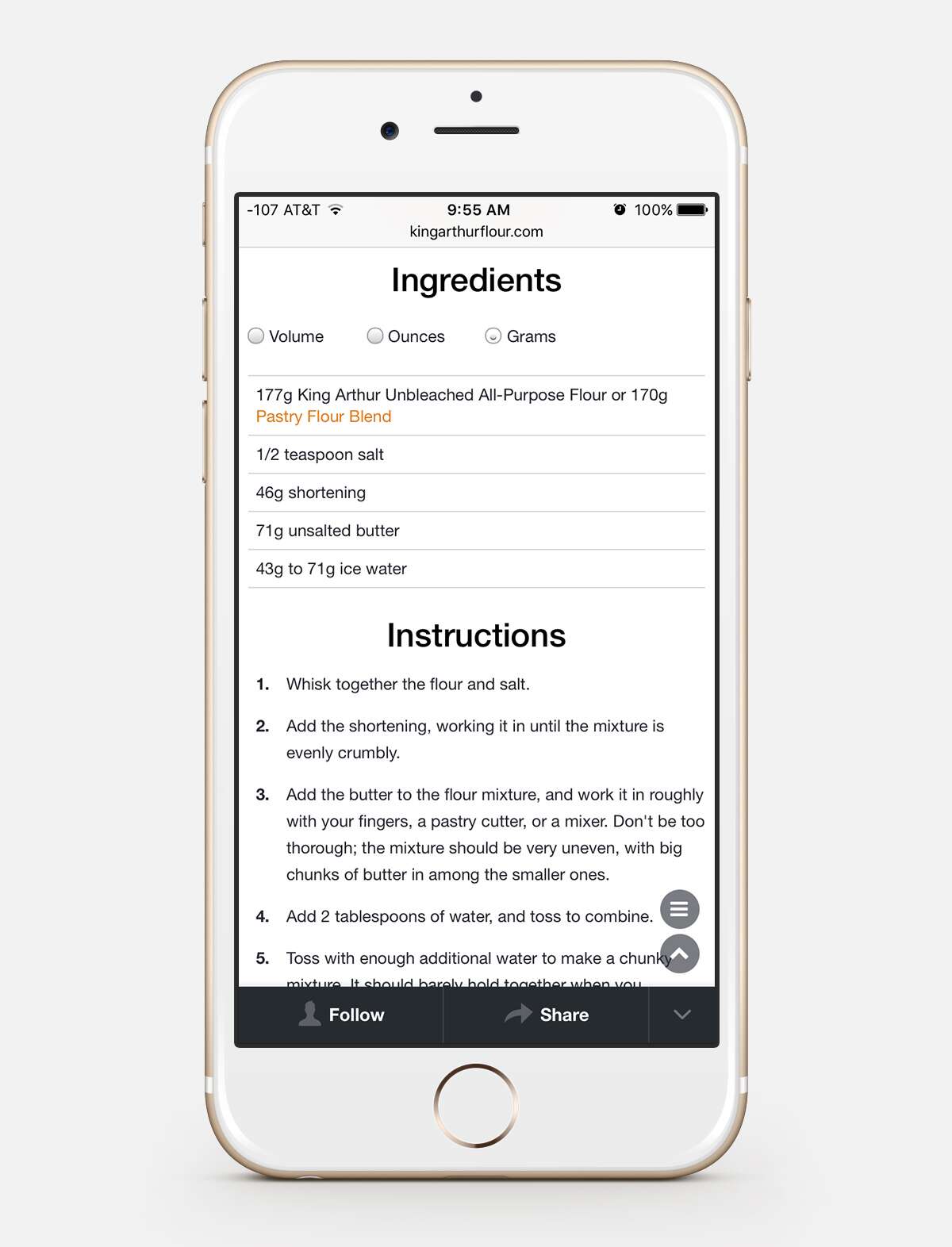 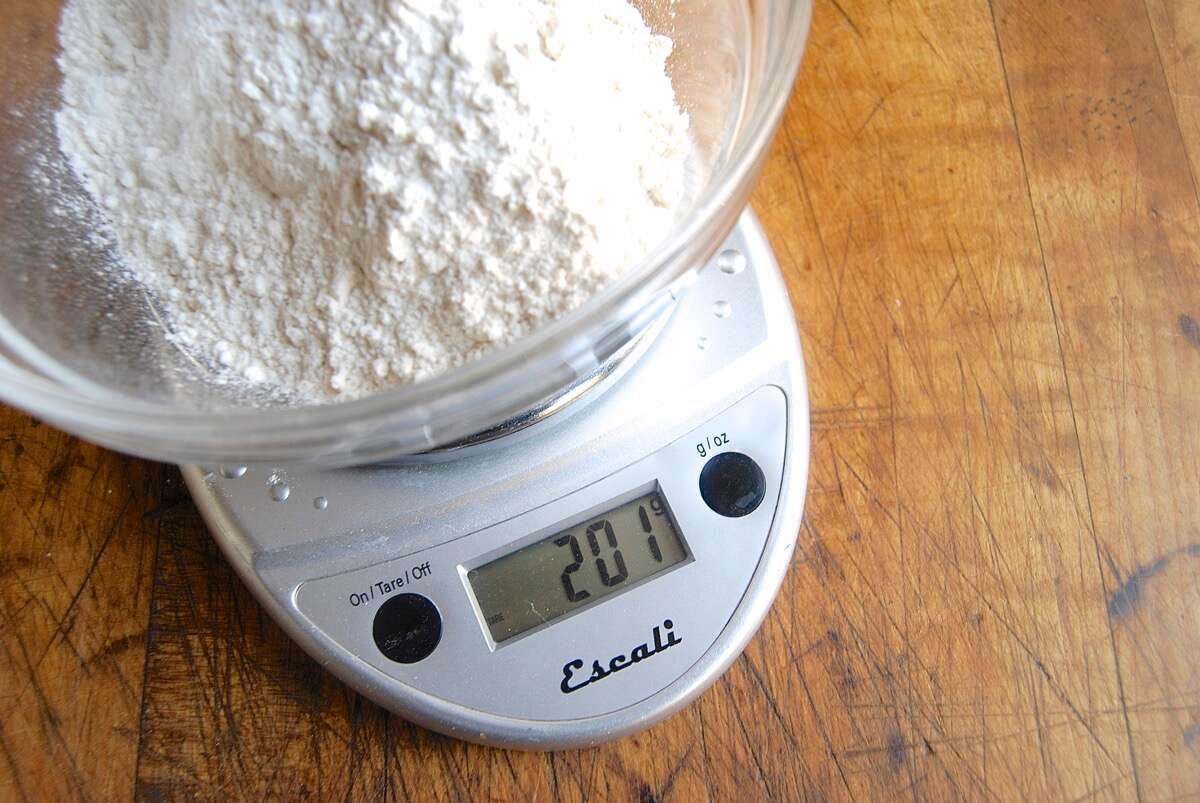 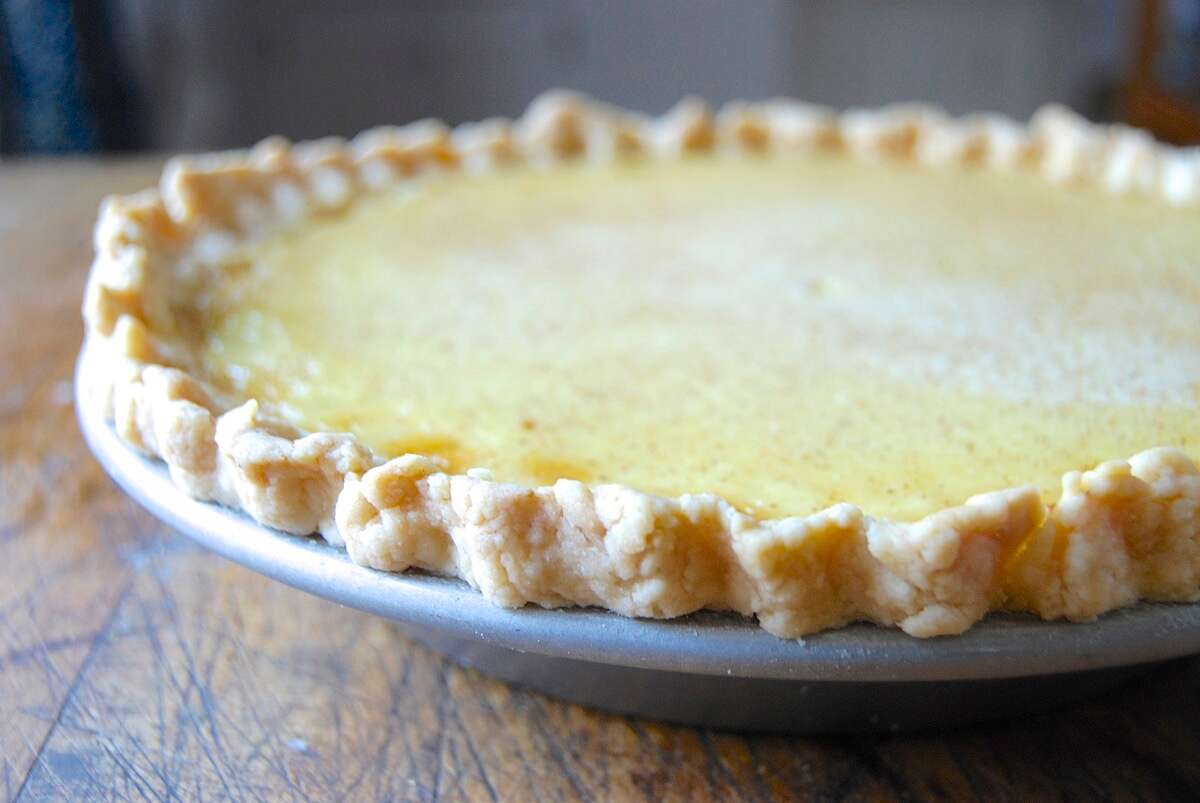 What about leavening agents? I'm always scared to risk doubling and tripling cakes/biscuits etc. because I've always heard that you don't triple the baking powder/soda. How do you work those against the flour at 100%?
While you can use baker's percentage for leaveners, too, in many recipes their amounts are so small that they aren't given in weights and it would be hard for a scale to weigh the tiny amounts accurately. We've got some great info on leavening that can help you understand the ratios that are most often used, so that you can feel more comfortable working with increases and decreases. ~ MJ
I had to read the author's bio because I figured not many places in the world would say "light dawns on Marblehead ". I'm from Winthrop MA. This article will be a great reference. Thank you so much.
I do a much simpler 25% 50% or 100% more. Add half of half of everything, or half of everything or double everything.
I agree. I don't see the point of baking percentages. I understand some people are scared of math but this is actually LESS math and easier to figure out for less math-inclined folks - just multiply all ingredients by 1.25, or 1.5, or whatever - easy peasy. Just use your phone calculator. What am I missing?
Dan, baker's percentage is incredibly useful to bakers because it allows you to size up or down a recipe based on the weight of dough needed. Sometimes the same dough will be used in multiple recipes and so the dough weight becomes the critical factor, rather than the amount of loaves the recipe might yield. Essentially the equation for doing this involves dividing the weight of dough needed by the weight of dough the current recipe yields (what need/what have). This will yield a factor that each ingredient can be multiplied by to give you the new ingredient weights. This factor is similar to the "Formula Conversion Factor" in the Baker's Percentage reference page in which you divide the weight of dough needed by the total percentages in the original formula. Check it out! This post is scratching the surface when it comes to baker's percentage. It's a powerful tool that professional bakers use every day, although these days there is a computer program that figures the new recipe weights, based on the desired total weight. Barb@KAF
I was thinking the same thing along with Don and Dan here on May 4 and May 8. If the best Chocolate Cake Recipe (posted by Ina Garten, originally from Hershey's) fills my two 8" pans to only half the pan and I want taller layers because I'm using 3" deep pans (say I want the entire cake to increase by half (so a quarter each pan), would my recipe be sound if I multiply all of the ingredients by 1.5? I imagine determining the original ingredients in grams first would then make it more precise to increase all ingredients by 1.5, in grams? Thanks for your help!
Great question, ReNay. For a cake recipe that's only going to be increased slightly, it's just fine to increase all of your ingredients by a conversion factor (in this case, 1.5x). Sometimes when scaling recipes like yeast breads, it can be more accurate to use the Baker's Percentage so that you increase the ingredients based on the ratio of the weight of the ingredients compared to the whole. But for taller chocolate cake layers, so ahead and multiply all ingredients by 1.5x and bake the layers for about 5 minutes longer or until a toothpick inserted into the center comes out clean. Happy baking! Kye@KAF
Everything I bake has to fit into pans that fit inside a small counter top oven or toaster oven, so I'll be using this information to scale down a lot of recipes. Thank you for opening up new possibilities and for explaining how to start making some old favorites again in smaller batches.
Baker´s Percentage is always a good choice when we look for uniformization of our doughs! Really such important theme discussed here in high level is one thing all we readers of KAF blog wait! Perfec...!! Congratulations!