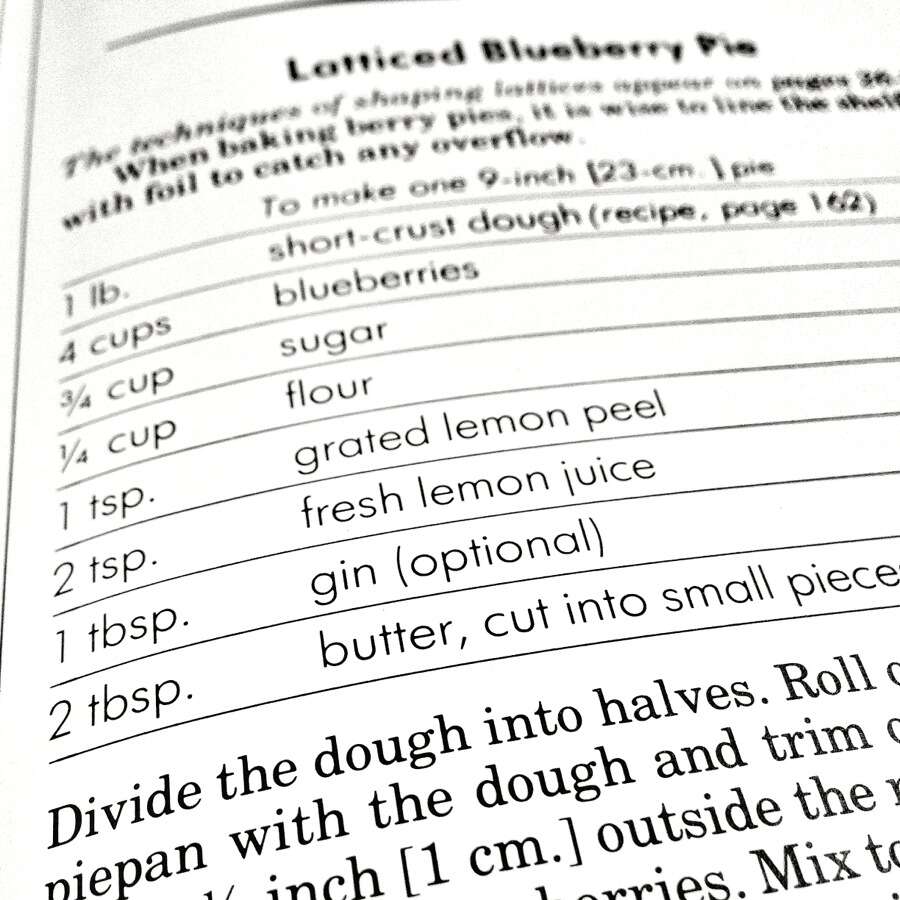 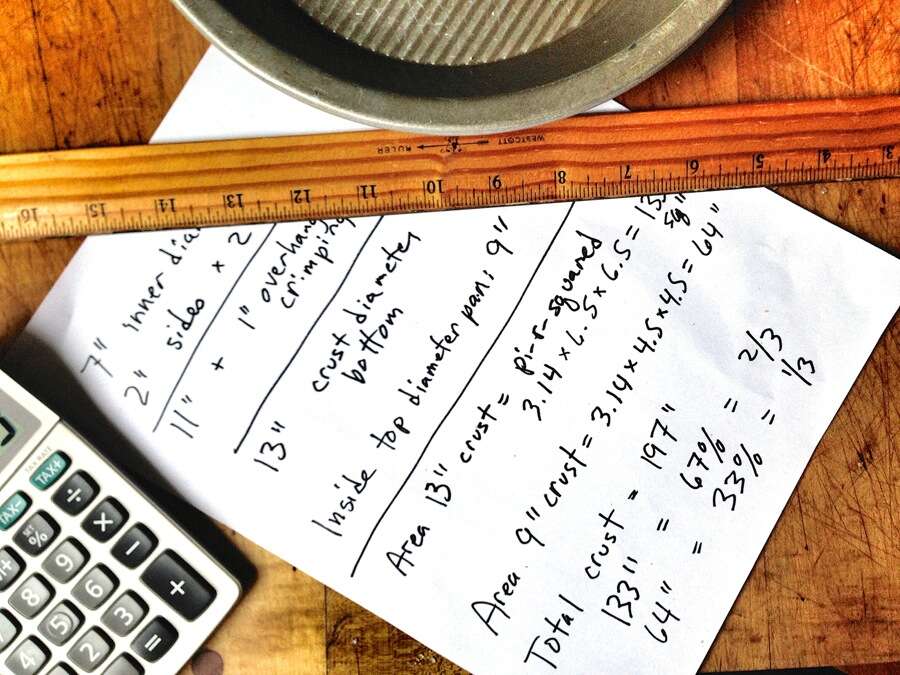 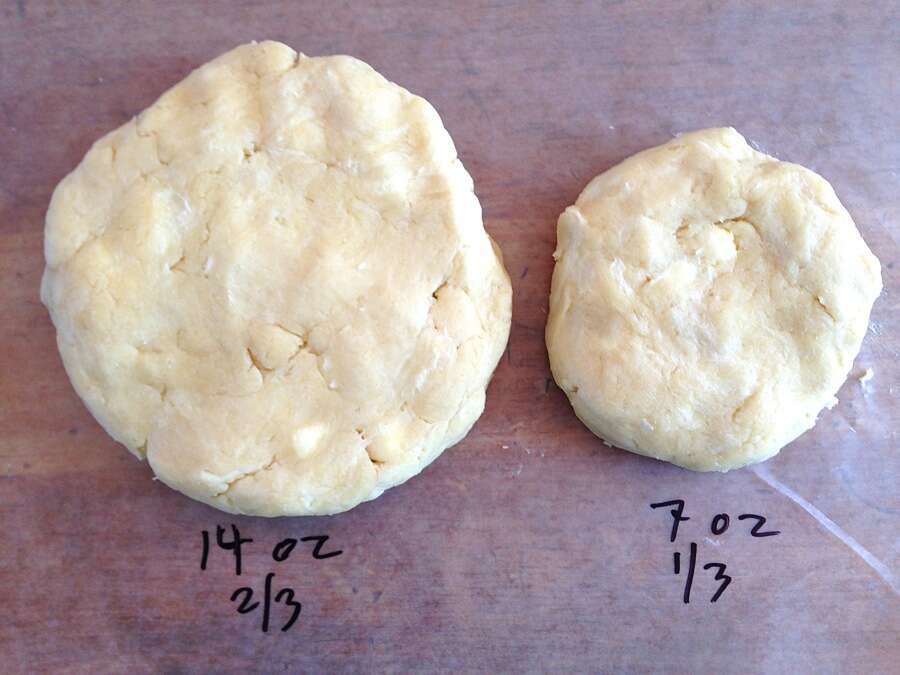 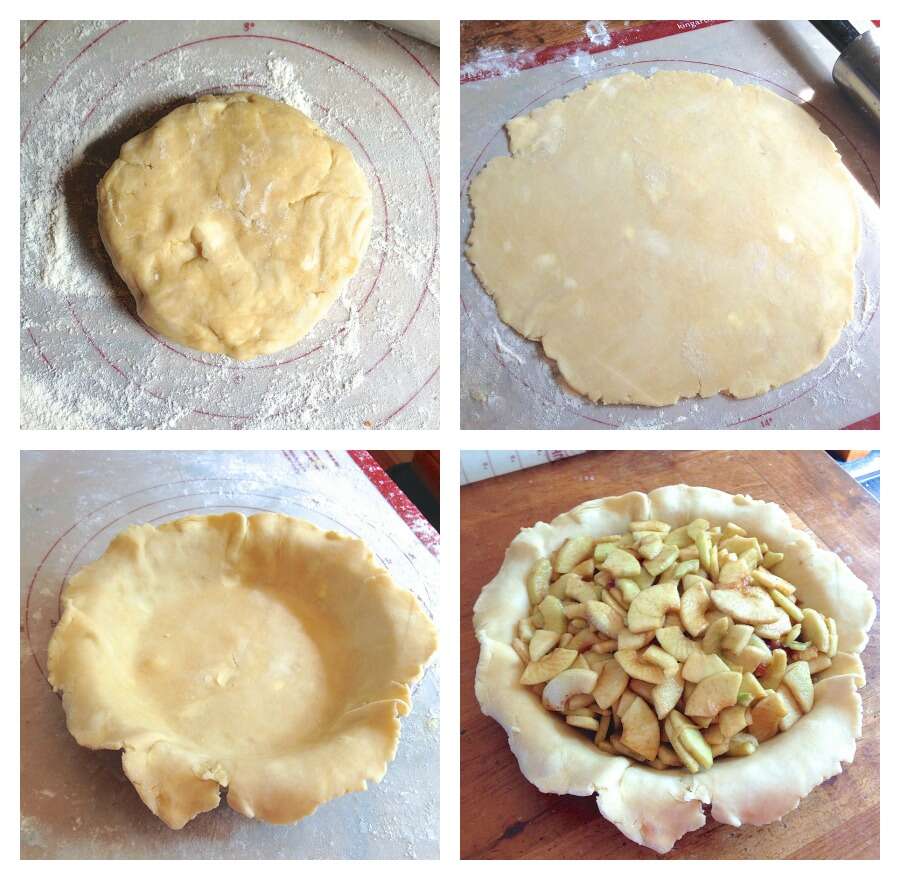 Which is important – stretching a pie crust to fit is the best way to ensure it'll shrink as it bakes. Which is why, when you're prebaking a crust (baking it fully before adding a cooked filling), you'll sometimes find the crust puddled in the bottom of your pie pan. Not a pretty picture. 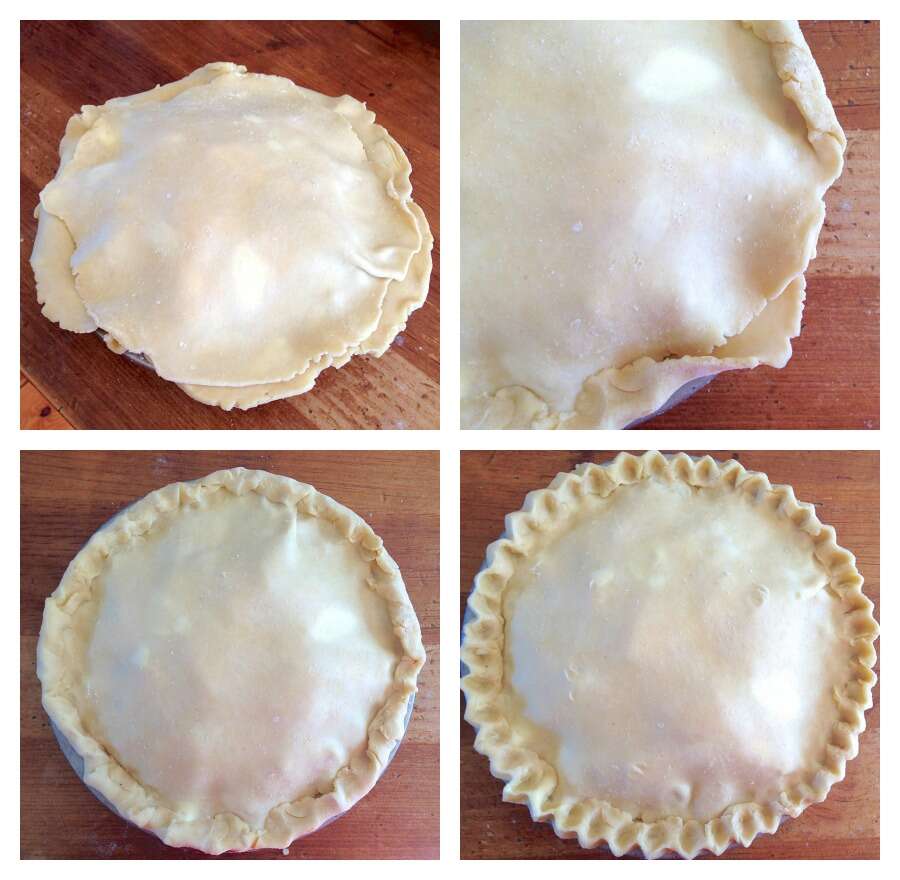 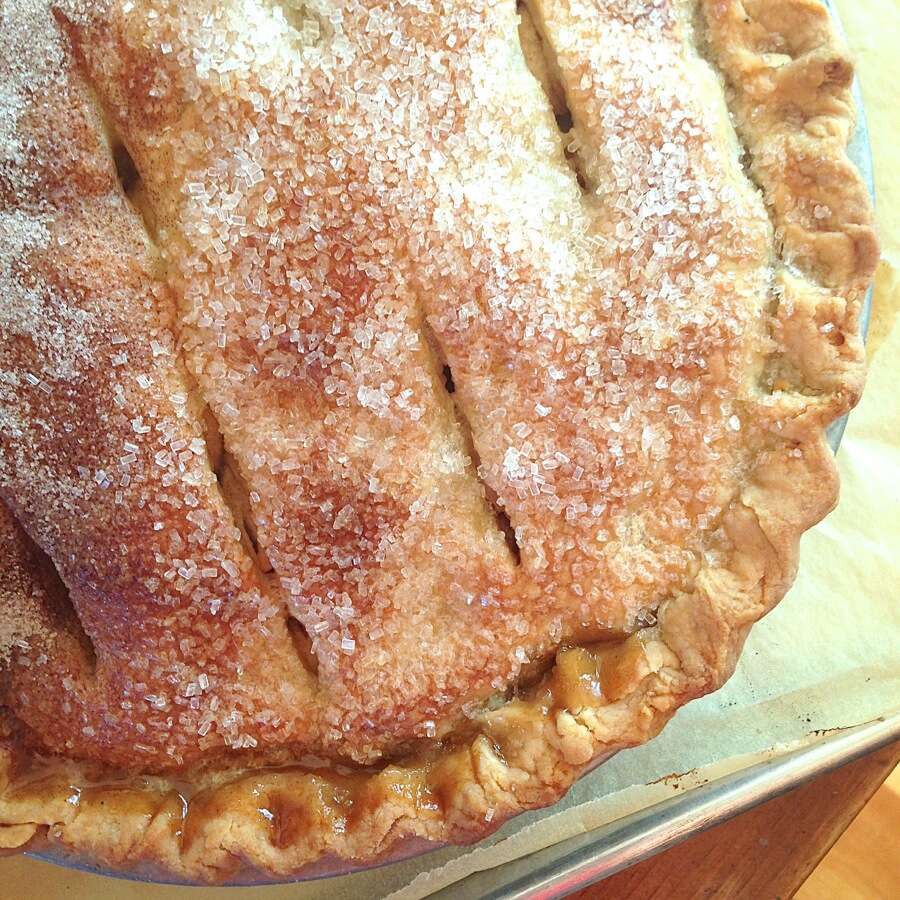 You're welcome, Eddie! Those "ah-ha" moments do come in handy. Barb@KAF
I had stumbled onto the 1/3 - 2/3 idea some years ago, but bringing the bottom crust up & over the top crust before sealing was one light bulb that hadn't clicked on yet. Thank you! Also, when I am making a two-crust fruit pie, I sprinkle the top with cinnamon sugar ... adds a little color to the top crust, flavor to the whole mouthful of yumminess, and makes the crust nice and crunchy, too. Sometimes I add a touch of freshly-ground nutmeg to the cinnamon sugar, such as when mixing apples & pears. I liked the idea of adding spices to the crust ... will have to try it as soon as Kansas gets cool enough to start baking again! Thanks for all the great ideas.
Carla, baking is just one lifelong learning experience, isn't it? I'm so glad we can all share with one another; thanks for the tip about adding nutmeg to the cinnamon-sugar on top. I'd never thought of that - but it makes PERFECT sense. Cheers - PJH
Funny, I do the opposite. Smaller bottom than top. looping the larger top around the smaller bottom then crimping makes a smooth edge that is easily maneuvered into a pretty edge by pressing with a knife handle on an angle. or using tines of a fork, or flat to adhere cut outs. And then there's lattice. Oh the list goes on!
Deb, it's neat that we all have our own path to get to the delicious destination: flaky, wonderful pie. It sounds to me like our readers are split about 50/50 with the "over/under" crust issue; one thing I've heard from folks that do as you do, and fold the top under the bottom, is that doing it that way prevents juice from bubbling up and puddling on the top crust, which is a consideration if you're looking for a "juice-free" top crust. Thanks for sharing here - PJH
The pie looks fantastic. I'm going to try your idea. I do have a question, what do you use to crimp your pies?
Fingers work great for fluting or crimping pie edges! Here's a link to another pie blog that will teach and inspire you - Happy Baking! Irene@KAF
but where is the link?? :-(
Sorry, Andree, wondering what you'd like to link to? The crust/filling recipes are linked from both the very top and very bottom of the post; was there something else you were trying to find? PJH
Was KAF Irene referring to the "Perfect Pie" link or something else? It's finger pinching the edges for me! Thanks for this, I also noticed the bottom should be larger so I've made it a bit bigger, but it never occurred to me that it should be twice as large. I just assumed skilled pie people were better rollers than me to make the bottom crust work with only half the dough.