It's what's missing that counts

I mean, isn't the whole point of doughnuts that crisp, nicely greasy crust? That way you can taste the frying fat, along with sugar and cinnamon and other signature doughnut flavors?

But one day, during one of my periodic calorie-counting phases, I decided to learn to make a really good baked doughnut.

One that was SO tasty and SO moist and SO tender I'd never miss the hit of grease.

And one particular recipe – Doughnut Muffins – became my savior.

Preheat the oven to 325°F. Lightly grease the top and bottom parts of a doughnut hole pan.

If you don't have a doughnut hole pan, a mini muffin pan, though it won't yield perfect spheres, is suitable.

And now, a word from our sponsor – that would be us, King Arthur Flour. 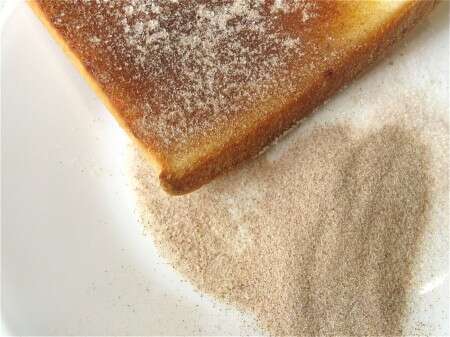 A key element of these doughnut holes is their cinnamon-sugar coating.

If you love cinnamon and haven't tried our Cinnamon-Sugar Plus, you've got a treat in store. Made from superfine sugar and Vietnamese cinnamon, it's a must if you're a cinnamon toast aficionado – or plan on making muffins or doughnuts coated with cinnamon-sugar. The fine grains of sugar adhere much better to whatever you're coating than cinnamon-sugar made with regular granulated sugar.

Place the following in a mixing bowl, and beat until smooth:

See how I've spooned the baking powder, nutmeg, etc. onto different parts of the batter in the bowl? It's my visual reminder about what I've added, and what still needs to go in. You never know when the phone will ring, or you'll catch the puppy chewing on a chair leg – thereby totally losing your place in the recipe, right? 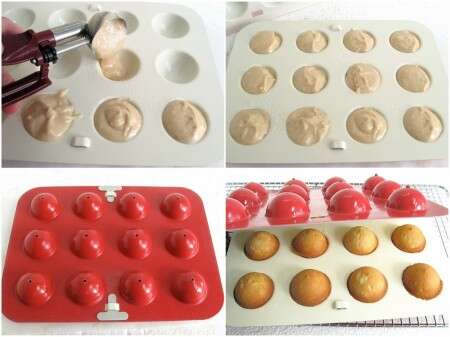 Spoon the batter evenly into the prepared pan, filling the cups full; the batter will mound up a tiny bit. Place the top on the pan, and lock it in place with the clips.

Bake the doughnut holes for 15 to 17 minutes, or until they're a pale golden brown and a cake tester inserted into the middle of one of the center holes comes out clean.

Loosen the edges of the holes if necessary, and gently return them onto a rack to cool briefly. Grease the pan again, and bake as many more batches as necessary to use up the batter.

While the doughnuts are still warm (i.e., as each batch comes out of the oven), place 4 or 5 at a time in a paper bag with cinnamon-sugar. About 3 tablespoons cinnamon-sugar should be enough for the whole batch. 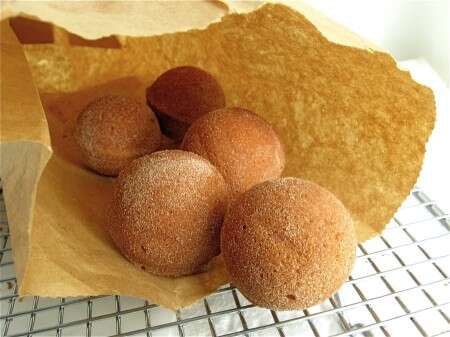 Shake gently to coat the holes with the cinnamon-sugar. If the holes have cooled too much and aren't holding the sugar, spritz them very lightly with a bit of water, then shake. 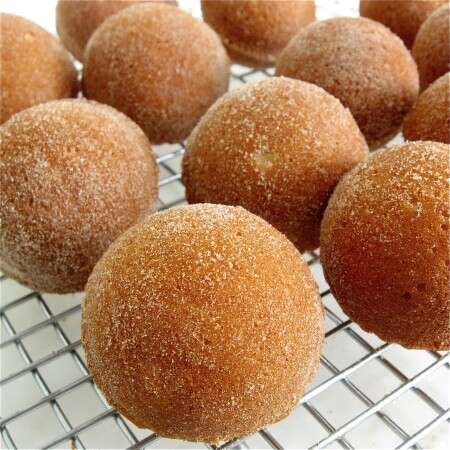 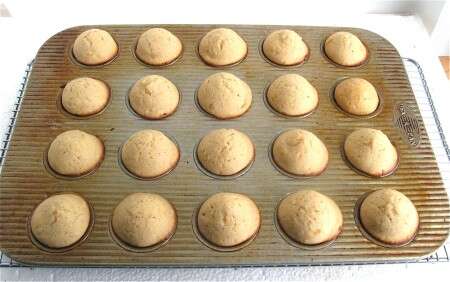 And here they are as mini muffins. If you've used a mini-muffin pan, bake in a preheated 425°F oven for about 10 minutes, until they test done; they won't be very brown, but a toothpick inserted into the center of once will come out clean. 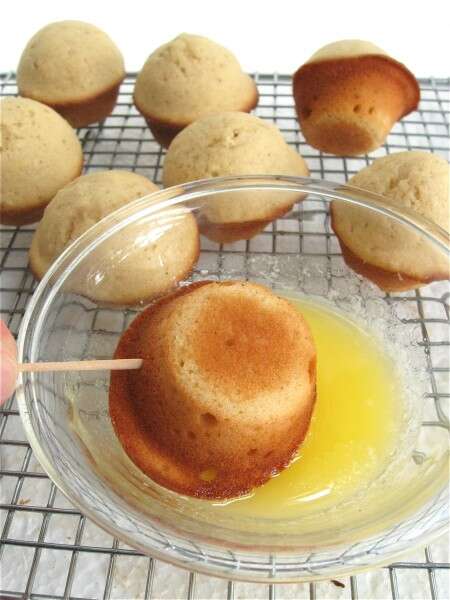 For extra flavor (and better adherence of the cinnamon-sugar), dip each mini muffin in melted butter before gently shaking in cinnamon-sugar.

You can ditch the toothpick and use your fingers if you like – it's kind of messy, but that's what I ended up doing.

Besides, licking buttery cinnamon-sugar off your fingers? Not a problem. 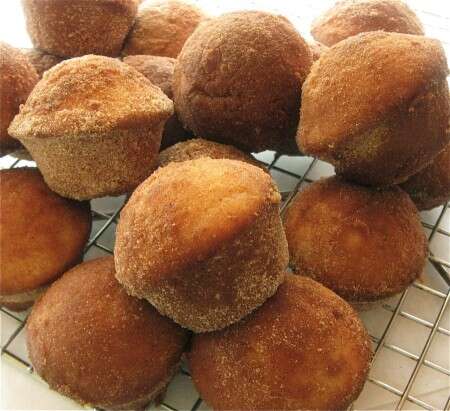 Serve doughnut holes or mini muffins warm or at room temperature. While their crust isn't greasy-crisp like that of a fried doughnut, their preparation is certainly a heck of a lot easier.

Would it work to make these as regular sized muffins? Would you just increase the baking time?
Katie, the original recipe is for doughnut muffins baked in a muffin pan. Here is a link to the recipe:http://www.kingarthurflour.com/recipes/doughnut-muffins-recipe ~Jaydl@KAF
I use my cake pop pan for my donut holes all the time. It works great!
Great idea, Laurie - thanks for sharing. PJH
Just made it! doesn't taste like Doughnut but great taste...
More like a coffee cake?
These are amazing! I just made them now and the smell is heavenly! I used mini muffin trays and I don't miss the fried donuts at all! Fantastic! Enjoy every bite. ~ MaryJane
I would love to make these with pumpkin. Could you tell me what the proportions to that would be? Would I eliminate the oil? I would try using this recipe for our pumpkin cake doughnuts, all the work is done for you!-Jon http://www.kingarthurflour.com/recipes/pumpkin-cake-doughnuts-recipe
Great idea! I made the KAF pumpkin cake donuts recipe in a cake pop pan for a Halloween party, and they were delicious! Awesome! Elisabeth
I will have to try these. I have a baby cakes baker so I think I'll try this recipe in that.