The end of an era at King Arthur Flour

Why is this man smiling?

A. He's the guest of honor at an outdoor party including hundreds of people, and the pouring rain stopped just as everyone arrived.

B. He loves pizza, and this was an all-you-can-eat pizza (and strawberry shortcake) party.

C. He's just wrapping up a 22-year career at King Arthur Flour, and all of those hundreds of people – his fellow employee-owners – are sharing the love.

D. All of the above.

The answer? D, of course. 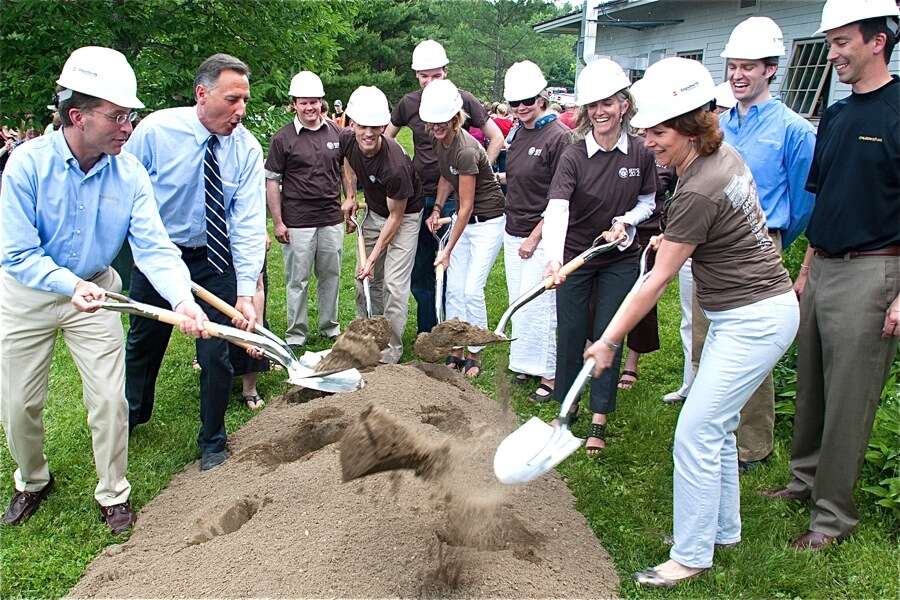 Steve has worn several hats over the years.

Hired as King Arthur Flour's vice president of finance in 1992, he became Chief Operating Officer six years later; and in 1999, he was named CEO and president, the position from which he retired yesterday.

But Steve has always been more than his title – much more.

As part of King Arthur's volunteer program, he's joined his colleagues building houses for Habitat for Humanity. He's been a regular in the company's wellness program, both leading sessions in Tai-Chi, and doing a pretty impressive downward-facing dog in the company's regular yoga classes. 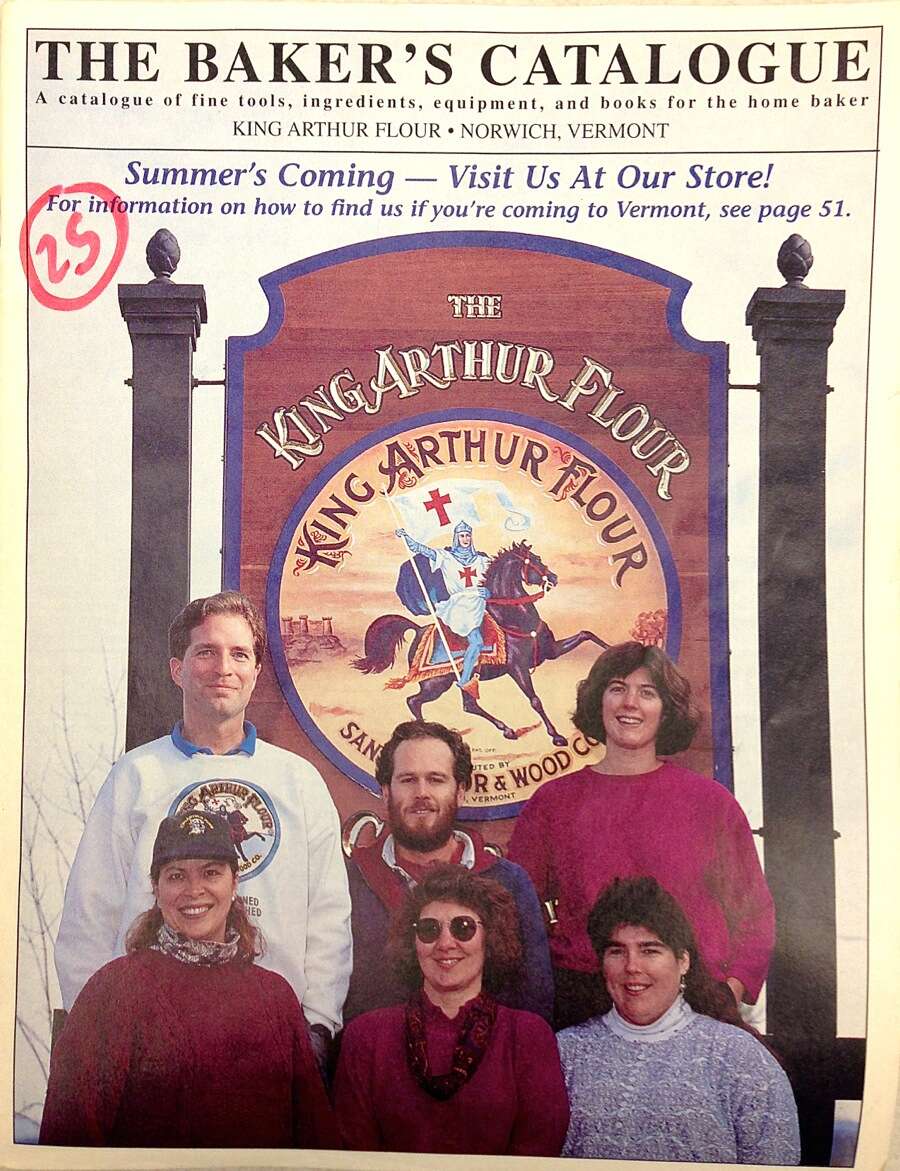 Here he is sporting the company colors on the front cover of one of our 1996 Baker's Catalogues...

...and being a good sport in the dunk tank at our annual company barbecue. 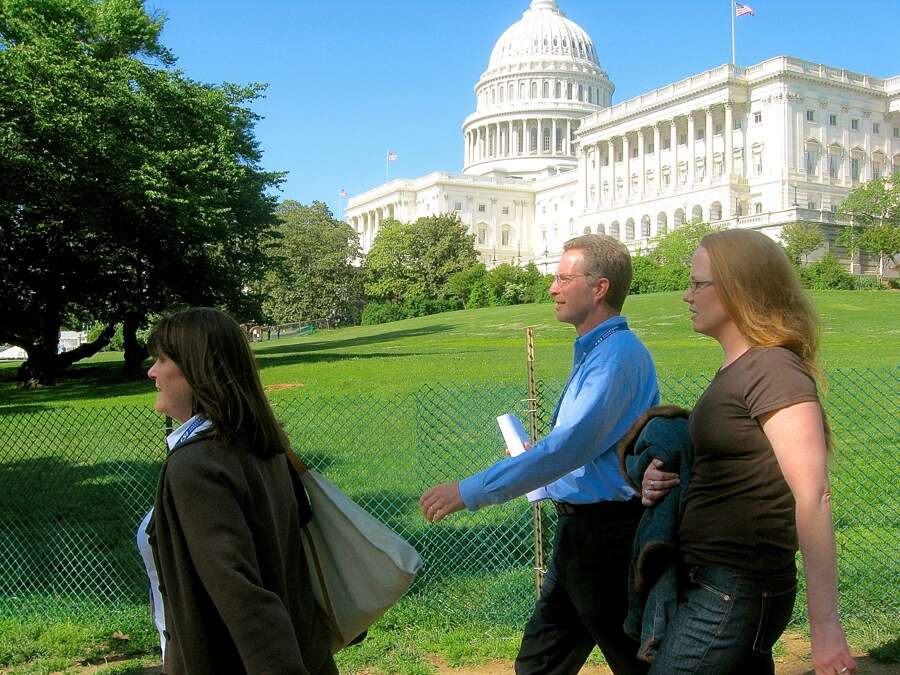 This strong interest in ESOP has evolved into a position of prominence for Steve in the national ESOP organization, headquartered in Washington, D.C.

Most recently, Steve spearheaded King Arthur Flour's becoming a founding member of B Corp, a national movement that helps companies evolve into new types of corporations that use the power of business to solve social and environmental problems.

Thanks in part to our participation in both ESOP and B Corp, King Arthur Flour is regularly cited by industry leaders as a model for socially responsible business. Once again this year, and for the eighth year running, we've been named one of the 2014 Best Places to Work in Vermont.

Going forward, Steve will focus his considerable talents on ESOP and B Corp. After taking the summer off, he plans to work with companies nationwide on those two passions. 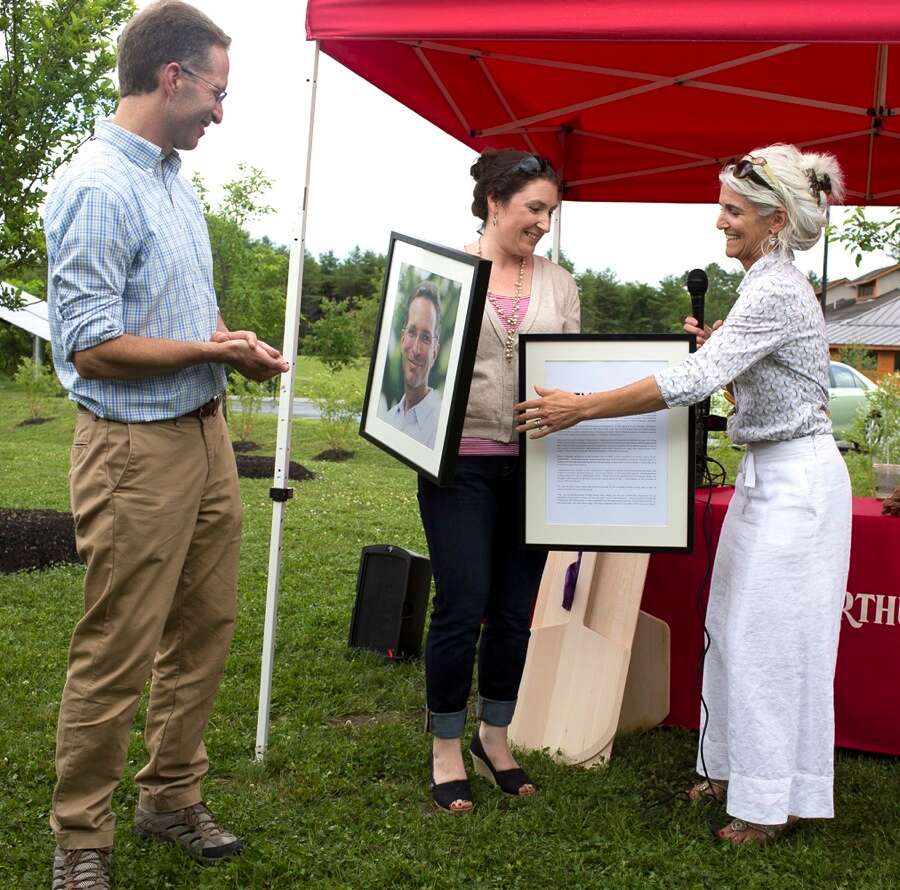 As the party wrapped up, Steve was presented with a plaque which, with his picture, will become part of our company's "wall of fame." It concludes with these words:

“We, the employee-owners of King Arthur Flour, salute you for your unmatched dedication as our president over the past 14 years. We wish you well in your future endeavors – advancing ESOP and Benefit Corporation (B-Corp) causes in other companies and through business schools.

"And for the final time, we, the employees, dub thee Steve Voigt – Your Royal Highness Steven I, Guardian of the Common Good.”

I have emailed company about a baking question twice and right after it said someone would contact me within 48 hr. and I have yet to receive any answers. I also did a survey that said I would receive 10 percent and after I did the survey it said I have to spend 50.00 to get the 10 percent. I may have but I do not like it that it did not disclose the 50.00 minimum. That is bate and switch and I do not want to buy anything.
Kathleen, we're so sorry to hear that our reply emails haven't been reaching you. We were able to locate your questions about using bread flour in biscuits and see that two different bakers sent replies your way. Since email doesn't seem to be working, if we can still help with this or any other baking question, we'd encourage you to give our free Baker's Hotline a call at 855-371-BAKE. We're also sorry to know that you are disappointed in the discount you received as a thank you for taking our survey. One of King Arthur's greatest assets has always been dedicated customers like yourself who help guide our development, and we are sincerely grateful for your input. While the details of the discount are outlined in the fine print of all email communication, we understand your frustration, and we have shared your feedback with our Marketing Team for their consideration. Mollie@KAF
Congratulations Steve!
One of the reasons I am always happy to buy KAF products is that the company itself is so wonderful; employee-owned, company-supported volunteer work with Habitat for Humanity, environmental concern, and so on. (BTW, I have gotten many friends to switch to KAF because of how the company operates, proving that doing good is good business.) I now realize that this wonderful man led and enabled many of the things that I love about the company, so I add my good wishes to yours for his future.
I had the pleasure of working with Steve during my 10 years at KAF and it was great to see this wonderful send off for a super person and terrific leader. Enjoyed seeing familiar faces in the photos. Well done PJ, hope all is well with you and all the fantastic people at KAF! Take care!
The man goes out but his buildings remain as example for future generations. Never heard about him, but as a regular member of KAF fans, i am absolutely sure, that Mr Voigt did great job during time at KAF command!! Hope he inspire new CEO president to follow his minded lessons.
Ricardo, we'll miss Steve for sure; he accomplished a lot. We're not hiring a CEO, but rather the management team that Steve has directed is taking over. A new(er) business model to test! Thanks for connecting here, as always - PJH
A beautiful blog post to celebrate a beautiful person and career. Bravo Steve! Thanks for all your hard work making us the organization we are today!
I'll certainly second those sentiments, Keri! What a wonderful legacy he has left us to carry on long into the future! Jocelyn@KAF
What a lovely send off and tribute to your leader, colleague, and friend.